This ancient fortress was erected on a very high and steep rock, right at the point where the great Euphrates River meets the Merzimen Creek.

These two great streams of water have shaped it over the years, and archaeological excavations and studies in the area have shown us that people have dwelled on this rock since the Palaeolithic period.

The steep cliffs have been home to many different civilizations, including the ancient Assyrians and Babylonians. 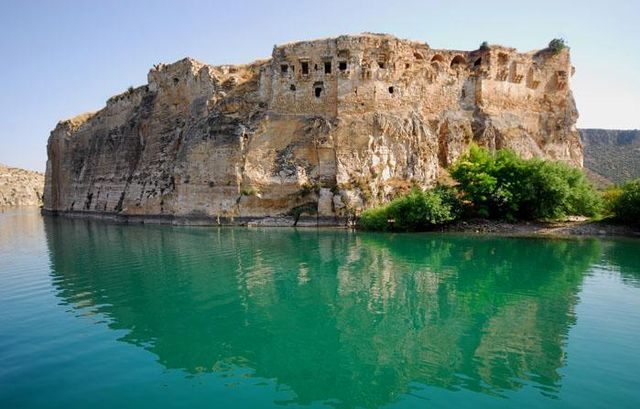 was the seat of the Armenian Empire and its Catholic Church between the years 1203 and 1293. It was conquered by the Ottomans in 1516 and continued to be occupied by them until the late 18th century. The strategically located stronghold was then shifted between local rulers and feudal lords with greater frequency.

Throughout this time, the fortress was known by many different names. Whoever conquered it and made it their sanctuary gave it a new name, and everyone wanted to be the lord of this very tactically-positioned fortress.

The name “Golden Castle” was perhaps the one that lasted the longest before the new name “Rumkale” was adopted. Rumkale means “Roman Fortress”, and it was named thus due to its mostly Roman origin and architecture. 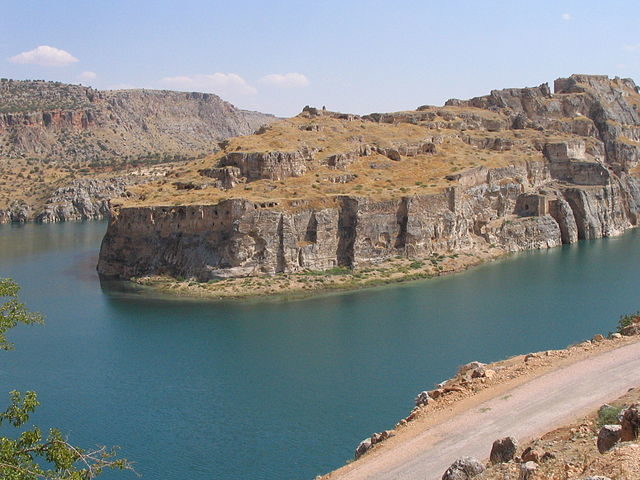 The ruins of Rumkale on the river Euphrates near Gaziantep, southeastern Turkey – Author: Klaus-Peter Simon CC BY 3.0

Rumkale’s architecture is harmonious with its surroundings and with nature. Its large cut stones were once perfectly merged with the cliffs by expert builders.

Helmut Von Moltke, a German field marshal who visited Rumkale in 1838, remarked: “It is difficult to say where the rocks end and where the human work begins.” The main idea was to mitigate the connection of the rocky landscape and the stones that made the castle, thus giving the whole structure a more natural feeling “…as if it was built by the elements of nature.” This effect gave Rumkale a more effective defense system against attacks by water.

On the north and east walls are seven rectangular-shaped bastions and crenelated windows. There are two main entrances that were once sealed off with heavy gates – one to the east and one to the west. 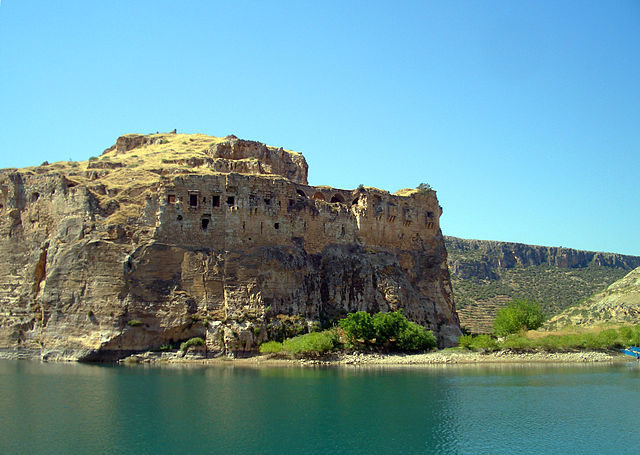 Inside the walls of this great fortress are numerous buildings, fresh water systems, and channels. Amongst these is a spiral stepwell that goes down to the level of the Euphrates River. This passage was not only used for the purpose of extracting fresh water for the people living in the fortress; it also served as a secret escape route out of Rumkale during battles or sieges. 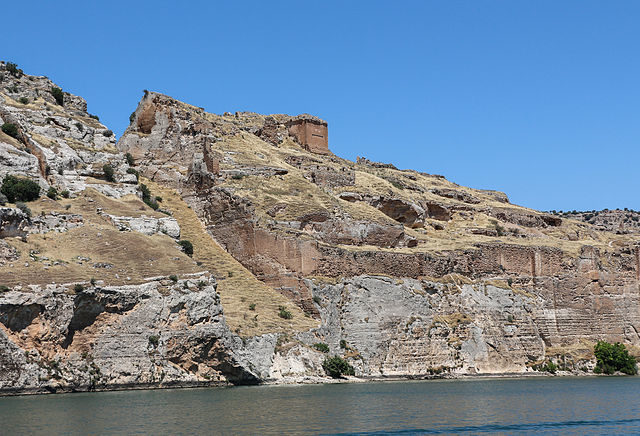 The church is located in the southern part of the castle, and as was the case with all of the Christian churches that fell under Ottoman rule, it was converted into a mosque in the early 16th century.

Barshavma Monastery is located opposite the church, on the north side of the fortress. It was built in the 13th century by the Jacobite Saint Barshavma, and only half of it has survived to this day.

Details about Rumkale were recorded by 17th century Ottoman explorer Evliya Çelebi in his Seyahatname, or Book of Travels. Çelebi traveled all over the Ottoman Empire and its surroundings, and his 10 volume travel guide is considered “a unique and important text, representing one of the few accounts of the 17th century and the Ottoman world from the perspective of a Muslim,” according to thebookoftravels.org. 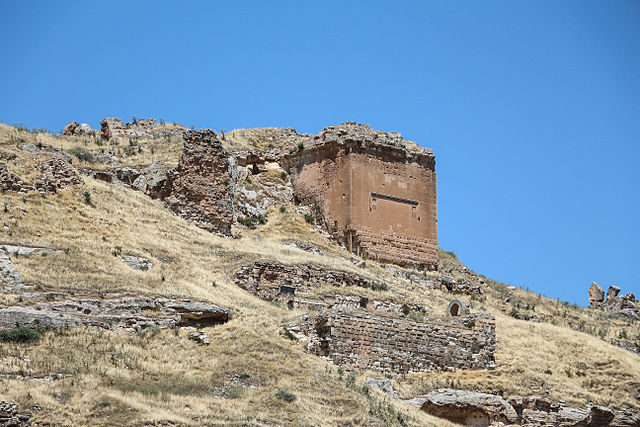 Of Rumkale he wrote it was “a strong fortress on a hill, with a mosque inn, Turkish bath, and a bazaar.” He also mentioned a large number of gardens and fruit orchards all around the complex.

Today, only ruins and traces of the once great fortress can be seen. Plans exist to turn Rumkale into a major tourist attraction. This project kicked off in 2012 but only on paper, and in March 2017 the fortress was closed to the public for the upcoming renovations. Today, the site has been partially restored and is a favorite stop on local boat tours.