Once the Russian Manor of the Khrapovitsky Family

A medieval castle is not something you might expect to find in the middle of a forest in central Russia. However, Manor Muromtsevo has proven quite a draw to photographers since such an architectural design was quite rare for Russia.

Vladimir Khrapovitsky was colonel of the Life Guards of the Hussars Regiment and he inherited the village of Muromtsevo in an extremely neglected state in the late 19th century. Nevertheless, Vladimir saw the potential in this forgotten village and had a strong desire to bring it back to life.

The village of Muromtsevo, which is 200 kilometers (124 miles) from Moscow, is surrounded by rich forests which led Vladimir to the idea of ​​developing forestry activities and selling timber. 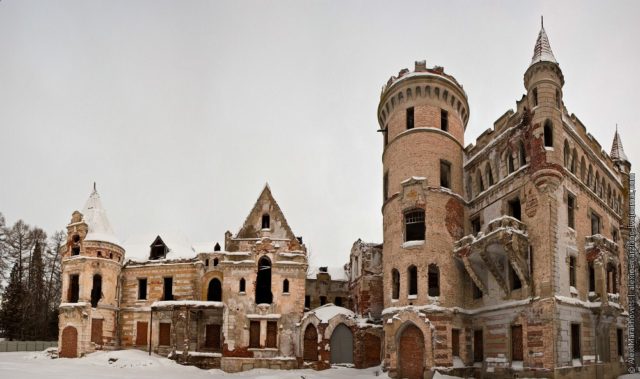 Vladimir always tried to conduct his wood business in a sustainable manner and even received a gold medal from the Ministry of Agriculture for planting trees where they had been cut down. He created a guard of 30 people to ensure the preservation of the forest.

The timber industry made him very wealthy and he used that money to fund both the rebuilding of Muromtsevo and the creation of a grand home.

Vladimir entrusted the design of his new home to Moscow architect Pyotr Boytsov who favored the late French Gothic, Renaissance, and English Gothic styles. More than 20,000 acres of land were allocated to the project so that Boystov would not have his creativity hindered in any way.

There was so much space available, in fact, that Boystov’s original plans include a bathhouse, a school, and even a railway station. 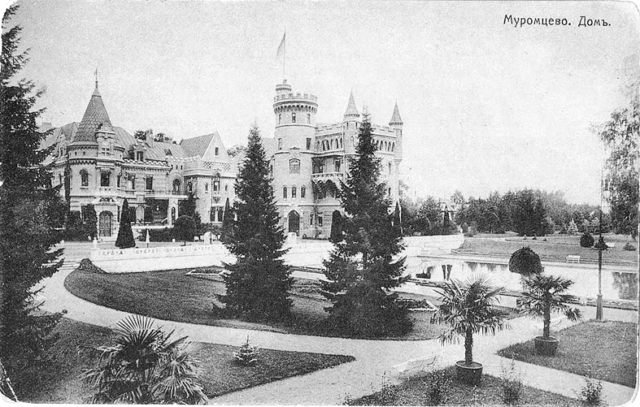 Postcard from the beginning of the 20th century showing the main building of the manor.

Vladimir also used some of the money from his timber business to finance local educational institutions including music schools and carpentry workshops. In addition, he offered financial assistance to poorer citizens in relation to school admission fees and medical needs.

In June 1884, construction began on the main house and was completed in 1889. In addition to the manor itself, various other structures were built on the estate, including a consecrated church.

The original castle was only two-stories high, but later wings would increase it to four stories. The Khrapovitsky manor had two round towers and consisted of 80 rooms which were so distinctive that they were given their own names, such as the amber room, the mirror room, and the pink room. 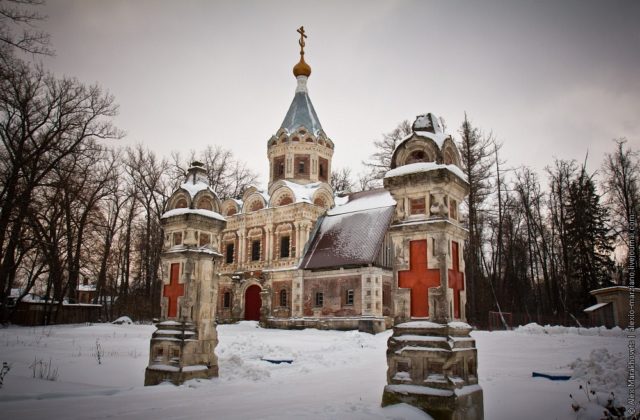 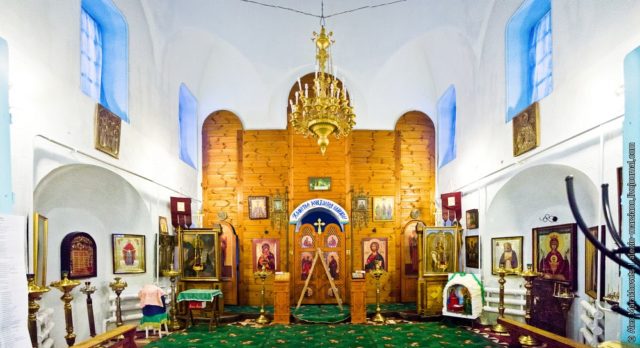 The interior of the church. Author: Marakhovets Alexey – LiveJournal @alexio-marziano

The castle contained objects of decorative art, paintings, prints, porcelain, weapons collections, and exquisite furniture. The doors and walls were made of polished wood while the fireplaces were made of marble. Certain ceilings boasted paintings by Moscow artist August Tomashki.

The building was constructed taking into account all the innovations. It had electric lighting, central heating, water supply, and sewage.

In front of the house were stables were a hunting lodge, a boat pavilion, a farmyard, and a set of cascading ponds.

Also in 1884, work began on the gardens. Gardener Karl Enke created several orchards which contained several hundred fruit trees and berry bushes. There were several greenhouses and also flower beds at the entrance to the estate. The park became famous for the rare and exotic tree species in its arboretum. 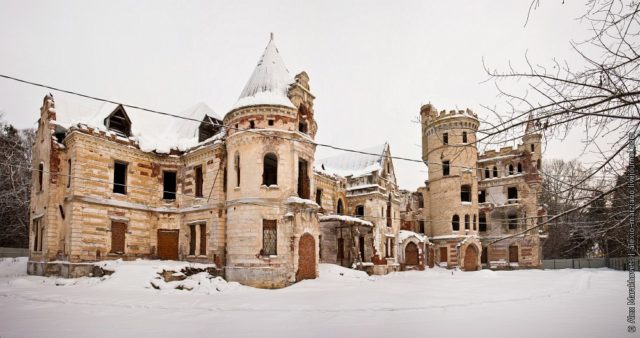 After the revolution in 1917, Vladimir Khrapovitsky began to fear that his home would meet the same fate of hundreds of other Russian estates of being looted and destroyed. He decided to make a full inventory of his manor and voluntarily transferred it to the government.

In 1920, almost all the valuables from the estate were transported to the provincial historical museum.

Khrapovitsky and his wife made the decision to emigrate to France because they feared the consequences of the revolution. They hastily left Russia in 1921 without luggage or substantial financial resources.

Following their departure, the estate was used as a technical school with agronomic and forestry departments. The village expanded, leading to the area of ​​gardens being reduced from forty to eight hectares (99 to 19 acres respectively). Even though the estate was in use, it was still looted as Vladimir had feared it would be. 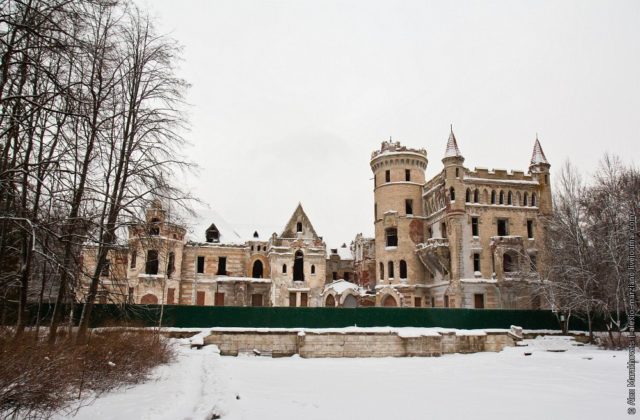 The Forest Institute was located in the castle until 1976, by which time a new educational building had been built. After that, all the original buildings were abandoned as the college moved into its new premises.

The estate and buildings were left to fate and gradually fell into decline. Two fires occurred in the castle, after which nothing remained inside.

After a life of wealth and luxury, the Khrapovitskys passed away in poverty in Mantua, Italy. Vladimir’s tomb is located on the site of an old Russian cemetery in Germany. It is marked with a simple wooden cross with the dates 1858-1922.

On February 20, 1995, the President of the Russian Federation signed a decree stating that the estate would be protected by the state as a monument of architecture and an object of cultural heritage of federal significance. Despite this, the estate was ignored and its slow collapse continued. 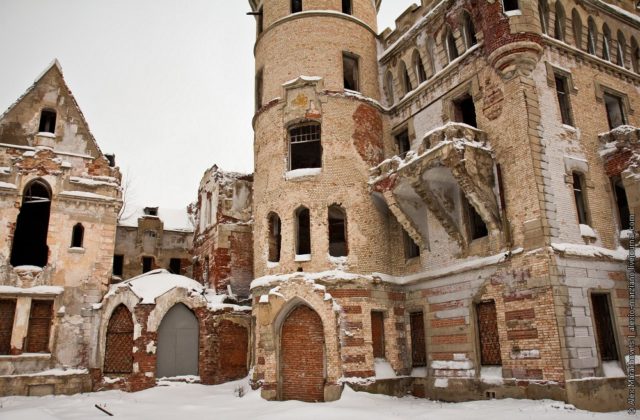 In early 2012, a group of volunteers was successful in changing the status of the estate so that they could restore it. Since October 2013, the manor has been managed by the Vladimir-Suzdal Museum-Reserve.

The area was fenced off and a video surveillance system was installed. The first museum exhibition dedicated to the estate opened on July 10, 2015. There are information panels in and around the estate which detail the history of this place. 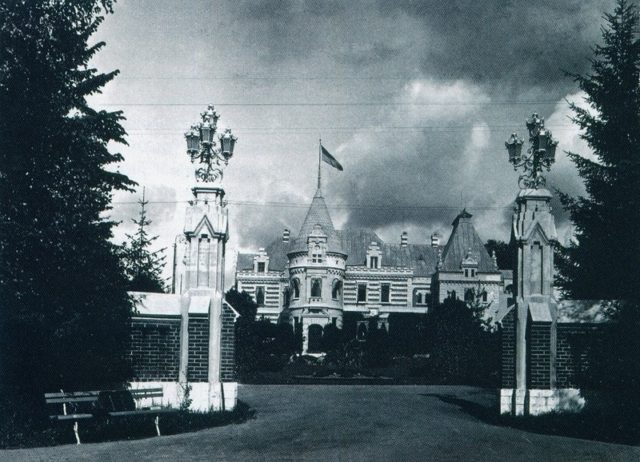 The entrance to the Muromtsevo manor. 1910

In June 2019, a visitor center was opened where tourists can book a tour and find out about the manor and the objects within it. The boat pavilion was also restored and photographs of the estate were posted there.

Alexey is a traveler and photographer who dreams of visiting every country around the world. So far, he has already visited 40 countries.

Alexey runs his own blog about the information he collects during his trips, adding impressive photos taken by himself. You should definitely check his LiveJournal account via this link. 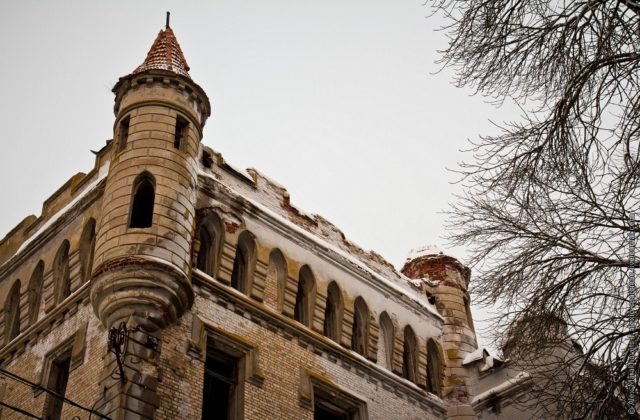 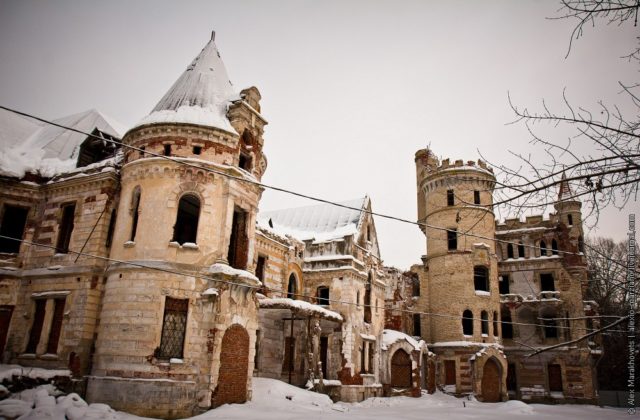 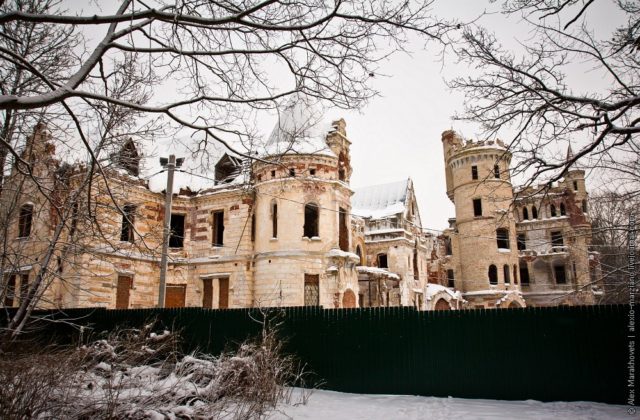 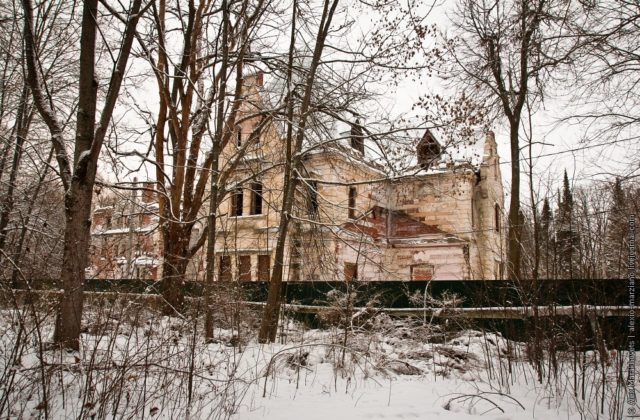 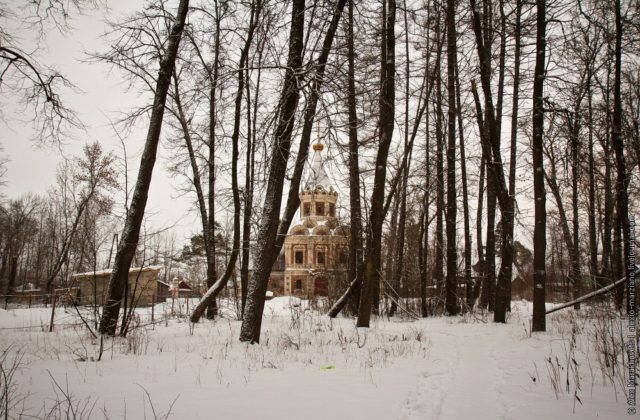