The Krampnitz Kaserne was one of a series of military buildings rising swiftly on German soil in the 1930s, the so-called rearmament period of the Third Reich. Robert Kisch, an architect from Berlin, presented the plans in March 1937 and construction began just a few days later.

This facility is the only one of its kind still standing and is surrounded by an area of 120 ha (297 acres). The German army used it for less than a decade, until the fall of the Third Reich. 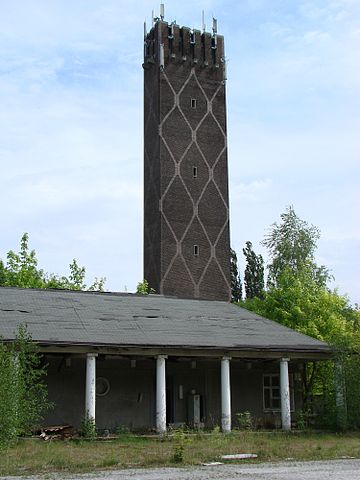 It is a massive military complex with more than 50 buildings, many of them with different uses. Most of the buildings were soldiers’ quarters with bunk beds and showers. Second to them were the storage buildings and the big hangar garages for the motor vehicles. 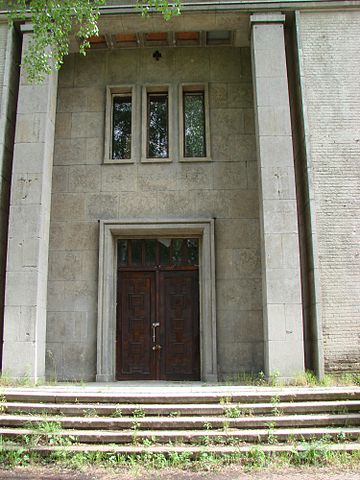 Apart from the essential, this military base also had an officers’ club, a tennis court, and its most famous piece was the theater. This venue was featured in some very famous and successful Hollywood movies such as Enemy at the Gates (2001), Inglourious Basterds (2009), The Monuments Men (2014) and Valkyrie (2008). The officers’ club features a beautiful mosaic above the where the poker table used to be. 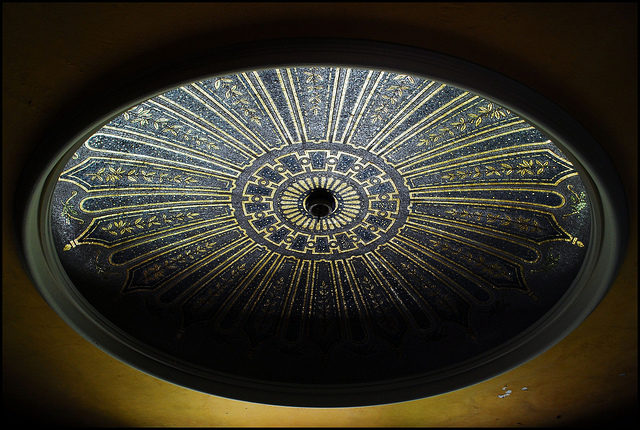 Mosaic inside the Officers’ Club – Author: LulaTaHula – CC BY 2.0

It wasn’t even fully built when the German cavalry school was moved from Hanover to Krampnitz and started to operate in the new location. The moved school was renamed Heeres Reit und Fahrschule und Kavallerieschule Krampnitz (or in English: Army Riding and Driving School and Cavalry School). 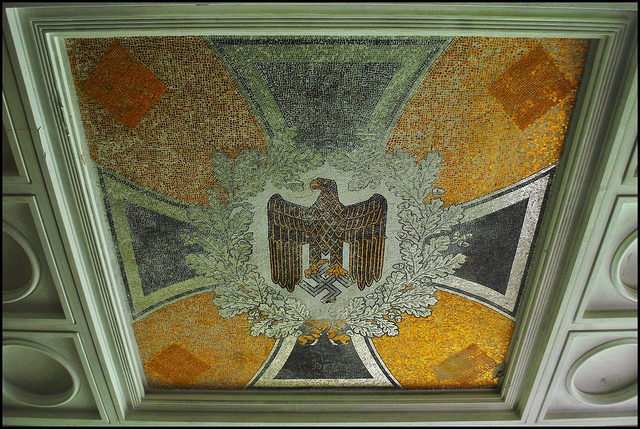 The most famous trademark of the Krampnitz Kaserne – Author: LulaTaHula – CC BY 2.0

The German Panzer Second division (Panzertruppenschule II Krampnitz) joined the Krampnitz Kaserne in 1943 only to leave the base the next year as battles were coming closer to Berlin. 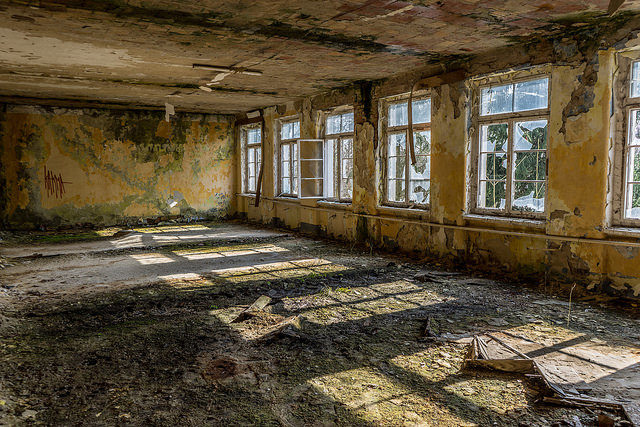 From 1945 onwards, the whole complex fell under Soviet Army control. The Soviets added many buildings to the existing arsenal; mainly more residential block of flats for army men and their families. 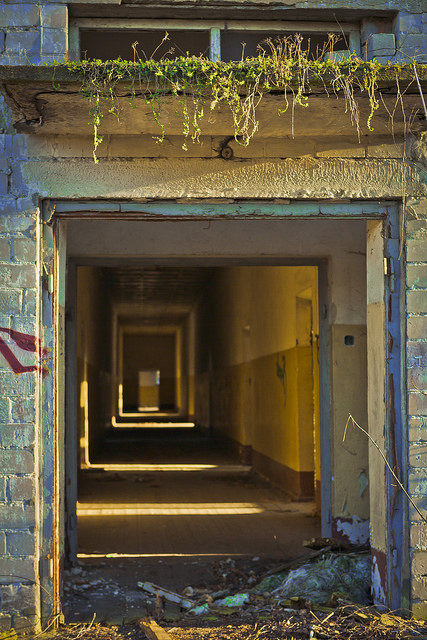 After the dissolution of the Soviet Union, the Krampnitz complex was abandoned. The Soviet 35th Guards Motor Rifle Division that was stationed there left it in 1992. Since then, the complex has been home to many bats. During the time of the State of Brandenburg, there was a plan to build a football-themed amusement park on the land. Along with a hotel and restaurant, wellness area, training facilities, a couple of football fields, and expensive luxury apartments. What exactly happened to this plan is unclear, but it never came to pass. 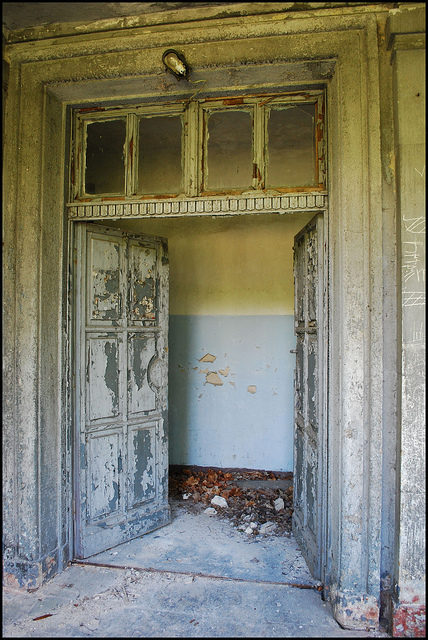 However, there is information as to why the 2013 plans for reconstruction went downhill. The plan was to convert the military resort into an urban complex with a residential area, but the realtors had a serious “bat situation” on their hands. Flocks of bats made quite a home for themselves in the abandoned buildings.  It’s a funny and controversial reason, although no urban explorers have mentioned the bats in their expedition reports. 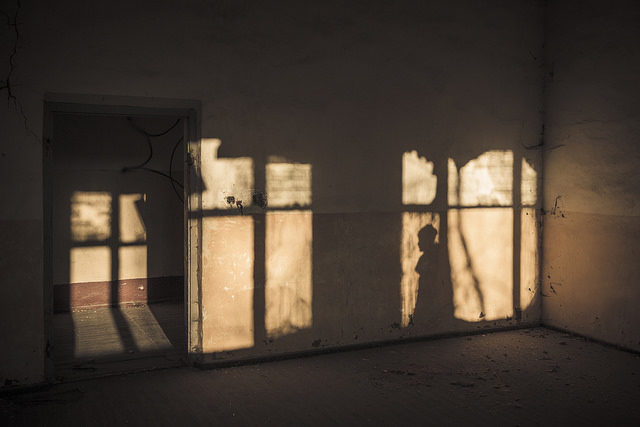 Today the complex is officially off-limits to the public with the main gate soundly locked. However, it is a fairly popular place for urban explorers and thrill seekers. It is said to be quite easy to get inside but a bit difficult to explore. Fitness is key, as the place is huge and it takes around 5-7 hours just to walk in and around all the buildings. As one of the few untouched surviving piece of Reich military architecture from the 30s, it is fairly attractive. A widely discussed feature is the big ceiling mosaic of a German eagle in front of an iron cross, holding swastika in its claws.