Kilchurn Castle, Scotland: The castle that was abandoned after being damaged by a fire caused by lightening strike

The evocative ruins of Kilchurn Castle are located on a small peninsula on the northeastern side of Loch Awe in Argyll and Bute, Scotland. The construction of the castle started in the 1440s, and in those days the location, in fact, was an island. The island was connected with the lake shore and became a peninsula in the 1800s when the water level of Loch Awe was lowered.

The castle stands on the top of a low and rocky mound. It was built by Margaret, wife of Sir Colin Campbell, before his death in 1475. Her husband traveled a lot. He visited Rome three times, and also, because of his adventures with the Crusades, he acquired the nickname Black Knight of Rhodes. The Campbells of Glenorchy were part of the Clan Campbell. 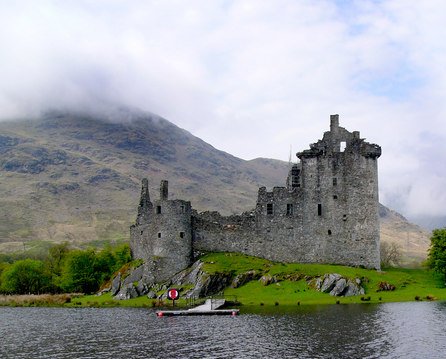 For more than two centuries from the beginning of the 1430s, the powerful Campbells of Glenorchy ruled the territories of the central Highlands in western Scotland. In the region, they constructed seven castles and the Kilchrum Castle was the first. It remained their headquarters for more than 150 years. At first, the castle was only a five-floor tower-house with a courtyard surrounded by an outer wall to protect it. The tower-house still stands proudly over the rest of the castle complex. On the ground level of the tower were placed the prison and a cellar. On the first floor there was a hall and above were the residential rooms. 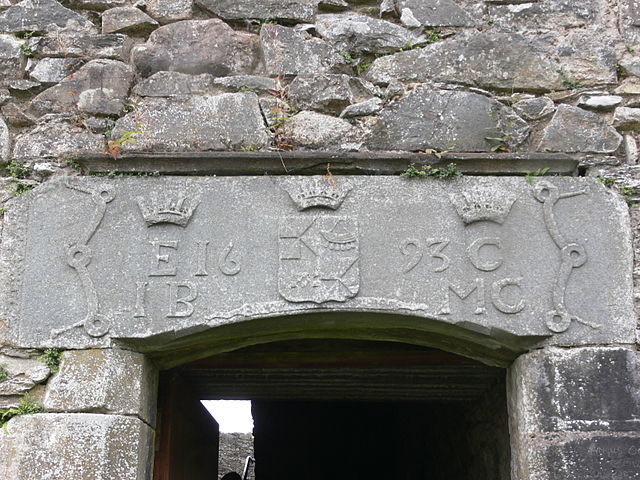 In the 1500s and in the 1600s new buildings were added. Colin’s son, Duncan (the 2nd Lord), erected the lower hall (“laich hall”) in the courtyard on the south side of the wall before his death at the Battle of Flodden in 1513. It was designed as a one-floor hall and used for dining. The 6th Lord, Sir Colin Campbell, during the second half of the 16th century, expanded the tower, and thus made it more comfortable, also allowing for more rooms by constructing the four angle turrets on the top of the north side of the tower-house. He also reconstructed the parapet of the tower and the stronghold was developed into a pleasant home. 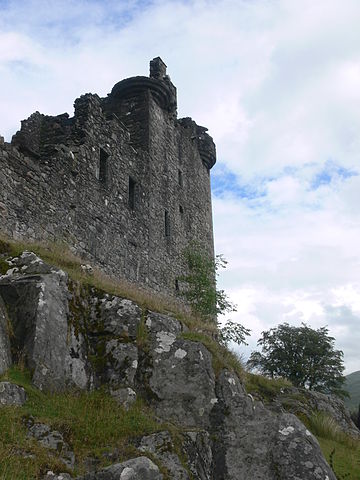 In 1614, Sir Duncan Campbell, also known as “Black Duncan”, who was a member of the Scottish Parliament representing the region of Argyll, reconstructed and expanded the south side of the castle. On the southeast part of the courtyard, a chapel was built. 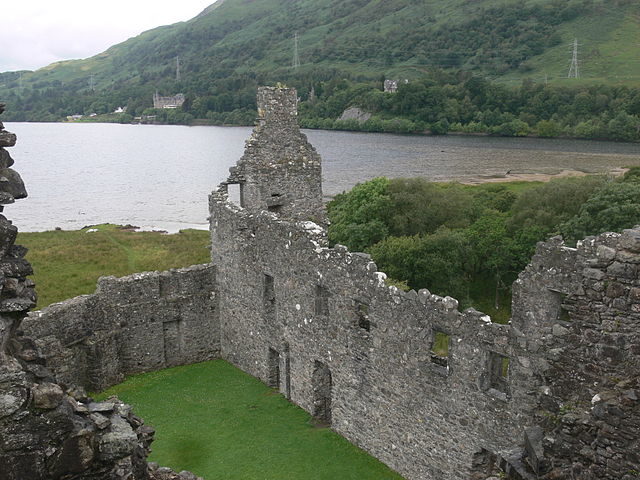 In the second half of the 17th century came the turbulent times in the region and the castle was slowly converted into a garrison stronghold. In the 1690s, after the first Jacobite Rising of 1689, Sir John Campbell adapted the castle and turned it into a modern barracks which could housed 200 soldiers. His huge plan was to bring peace in the Highlands and the reconstruction of the castle was part of his plan. 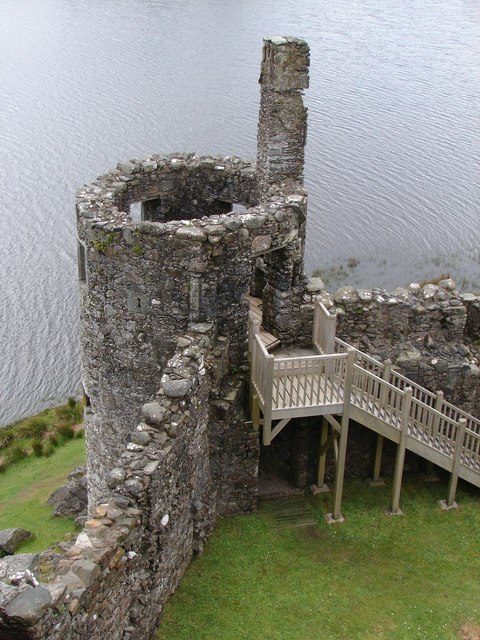 Along the north side of the courtyard, a three-floor L-shaped structure (the barrack block) was built. The barrack block which still stands almost intact is the oldest remaining barracks in British mainland. 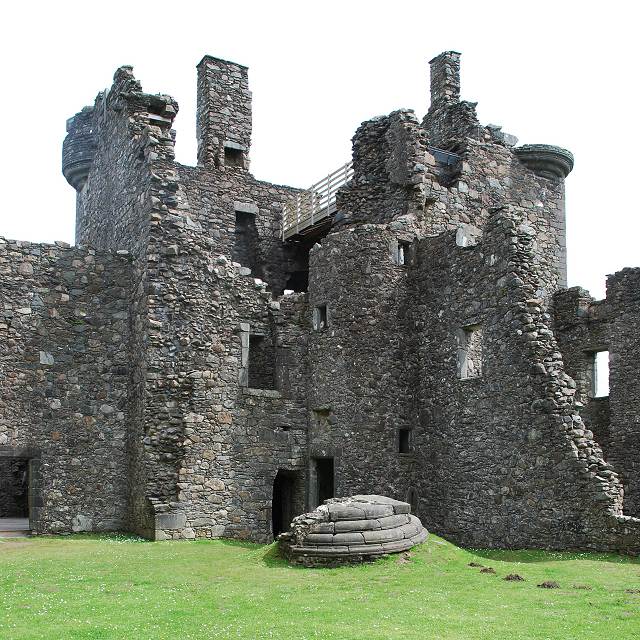 In front of the tower-house are the remains of the south-west turret which landed in one piece upside down/ Author: Patrick Mackie – CC BY-SA 2.0

The tower was converted into officers accommodation and a command center. Campbell planned to sell the castle to the government as a military fort. But that didn’t happen, they preferred the nearby Fort Williams as it had more strategic importance for them. But government troops ended up at the castle anyway. 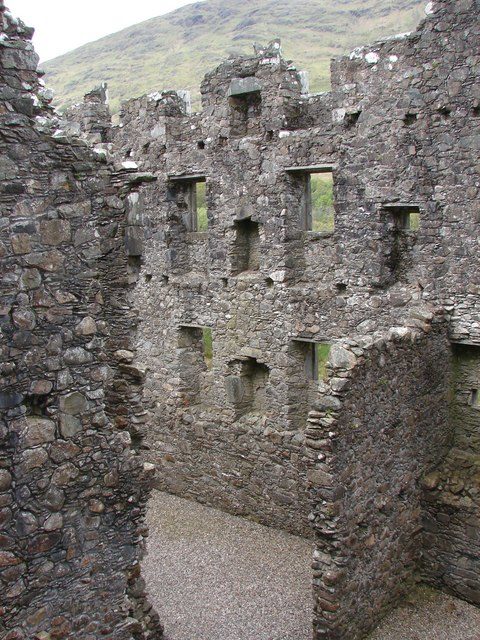 After the death of Queen Anne, Sir John Campbell held a conference of the Jacobites at Kilchrun in 1714 and the next year he joined the Jacobite rising of 1715. But, soon, they were defeated and the troops entered the castle. He was put under house arrest until his death in 1717. Before his death, he gave the castle to Alexander Campbell of Fonab as part of his deal for surrender. The Campbell family tried again to sell Kilchurn to the government after they moved in 1740 to Taymouth Castle. But their wishes didn’t come into reality. Anyway, government troops again used the castle as a garrison during 1745 Jacobite rising. 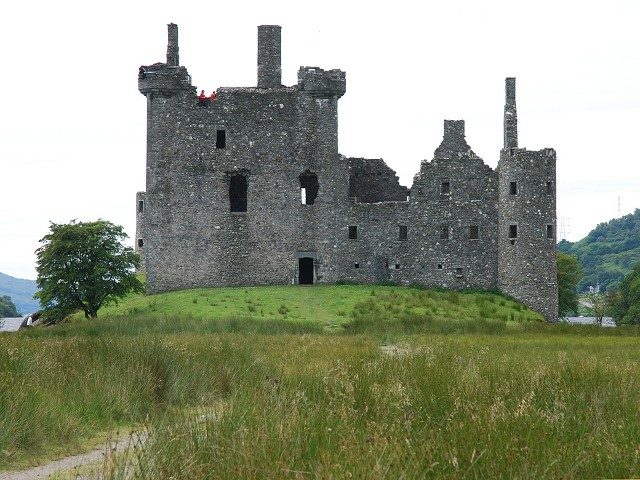 The castle was completely abandoned in the late 18th century. Government troops were the last to live at the castle. In the 1760’s there was a fire, probably caused by a lightning strike, that made serious damage to it. The castle lost more of its military and household significance in 1770 when the roof fell down because of a heavy storm. One turret of the tower landed in one piece upside-down in the center of the castle courtyard. 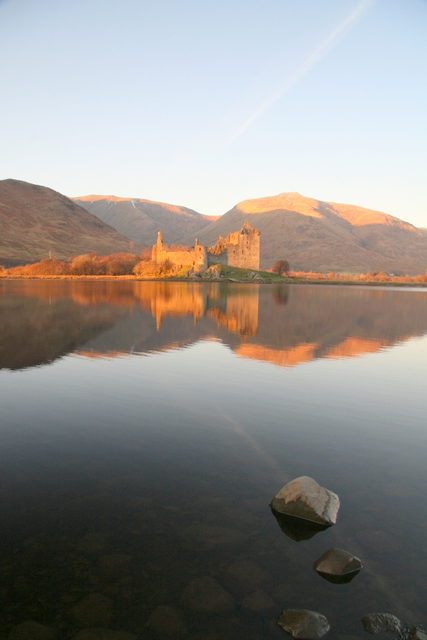 Today, despite the damage, a huge part of Kilchurn Castle still remains. Occasionally the access to the castle is restricted because the level of the water becomes high enough for the site to become a temporary island. The castle is under protection of Historic Environment Scotland.

« Nocton Hall: The ruins of a country mansion that served as a hospital during the wars of the 20th century
Murphy Ranch: The ruins of a mysterious 1930s Third Reich compound in Los Angeles »