North Concord Radar Station in Vermont and its Legends

North Concord Radar: In the mid-1950s, the United States of America and the Soviet Union were in the middle of the Cold War. Both countries had enough firepower to destroy enemy cities.

Consequently, it was considered prudent to build ground-based radar stations to keep track of enemy movements and provide early warnings of any nuclear threat.

East Mountain is a mountain ridge, part of a very remote mountain range in Essex, Vermont. The mountain is surrounded by dense forests and the ridge is 3,438 feet long. The US military found it an ideal location for an early warning station. 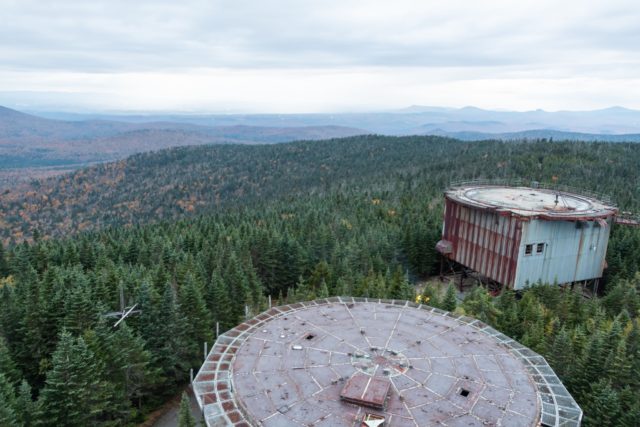 In 1954, construction on the base began at the top of the mountain. In total, about $21 million was spent on the construction of the air force base over the course of two years. By 1956, the base was ready to be put into operation.

Initially, the plan had been to name the base East Haven Radar Station, after the mountain on which it was located. But following its opening, the base was given the name North Concord. It would also later become known as East Mount and Lyndonville. 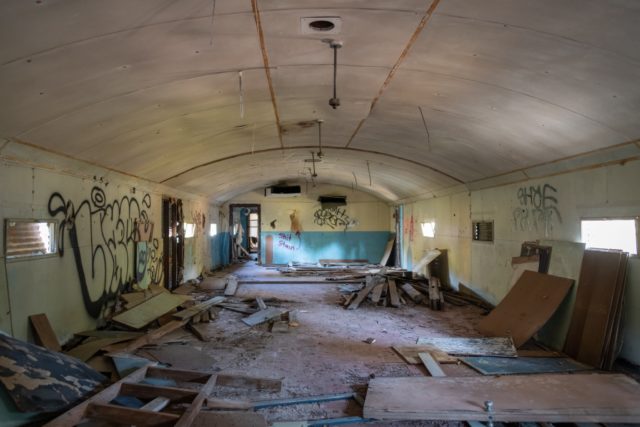 The main tasks of the radar base were to provide early warnings of any nuclear activity and also to provide relevant information to Strategic Air Command Bases. The 911th Aircraft Control and Warning Squadron was immediately deployed to the base.

North Concord Air Force base offered not only sleeping quarters, a dining room, and a parking lot, but also a gym, a shop, a bowling alley, and a barber’s shop. These amenities were essential to provide a little bit of luxury and entertainment because life on East Mountain could be very hard, especially during the bleak winters. 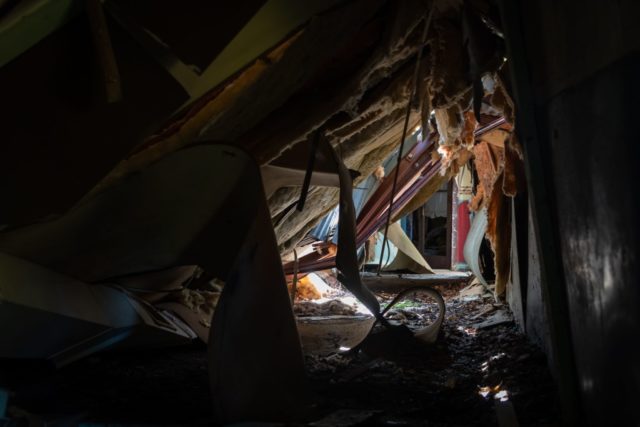 In addition, a bus would run nightly into Saint Johnsbury so that the troops could socialize a little, perhaps taking in a movie or going for a drink. Some soldiers even painted a mural of Chicago’s Lake Shore Drive on a wall to make them feel less isolated.

About 170 servicemen lived at the base at its peak. The barracks were built in the form of Quonset huts – lightweight prefabricated structures made of steel. 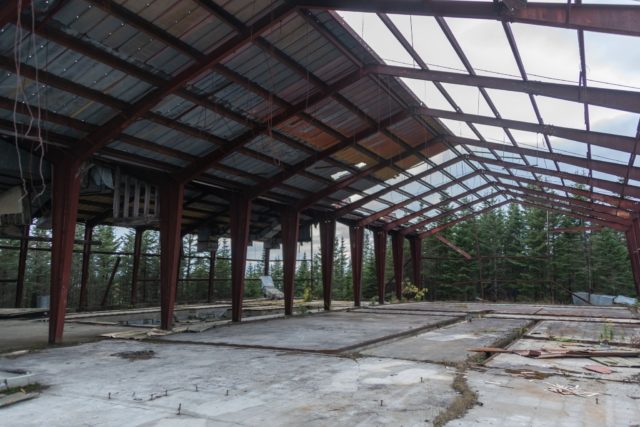 The base could only be reached by a winding dirt road through steep mountain valleys and 9.3-mile slopes. The winters are quite severe here, meaning that the road could become almost impassable and snow would drift as high as the barrack roofs.

In such situations, any serviceman wanting to take the road to the base had to call ahead to ensure that no one else would be using the road, because there would be no room for two vehicles to pass each other. Sometime later, an asphalt road was built on the western slope to provide an alternative means of access. 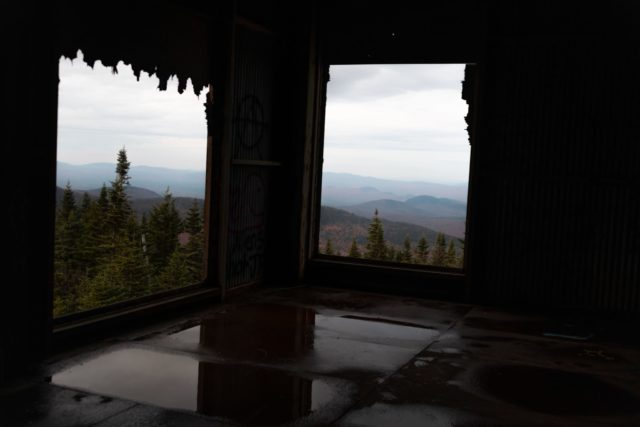 In the spring of 1962, North Concord Air Force Base was renamed Lyndonville Air Force Base. At that time, the base was being improved with new towers to accommodate an updated radar system. However, despite these adjustments, the new equipment would never be installed.

Instead, in March 1963, an order was given by the US Air Force to close the site. This was due not only to rising costs but also the fact that as technology advanced, the radar station and its equipment were becoming obsolete. Work officially ceased in August of the same year. 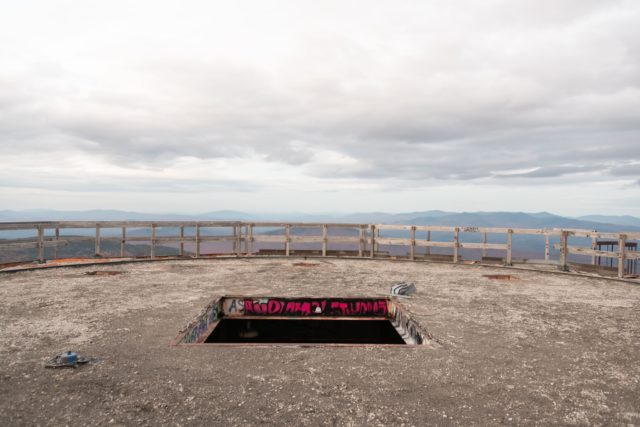 Many of the buildings at the former Air Force base remained standing, and the abandoned facility has become a fitting place for local legends. One of these legends appeared even before the base was closed in 1961. For 18 minutes, a strange object was seen in the sky above the mountain and was considered by many to be a UFO.

It subsequently emerged that, a few hours later, spouses Barney and Betty Hill had allegedly been abducted by aliens at Franconia Notch, only 33 miles away. Many people thought that these two events were connected. 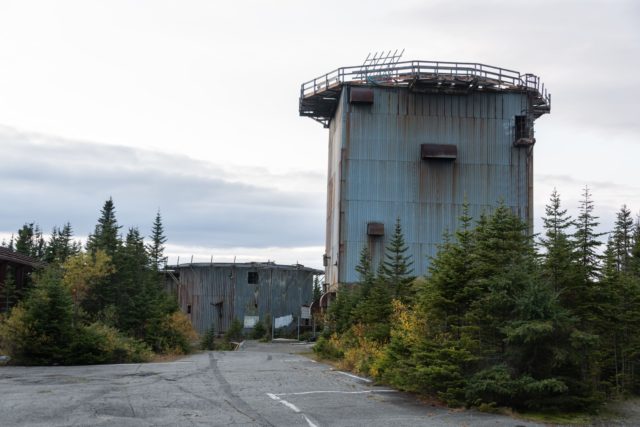 In 1965, the former military base was sold to private landowner Ed Sawyer for $41,500. Since the base was still in quite a good state at that time, he lived there and used one of the huts as a woodworking workshop. He also made some money selling off equipment and scrap metal.

In the winter of 1969, the new owner hung a chain across the road to form an improvised gate. Unfortunately, one evening, a group of people was driving snowmobiles through the grounds without permission and they did not notice the chain. Tragically, one of the participants was decapitated. 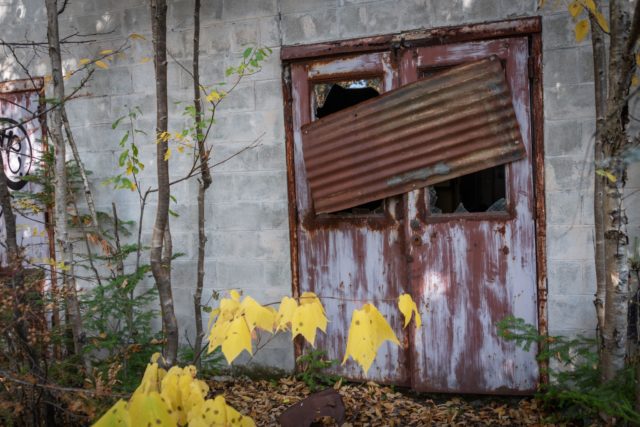 Not long after this incident, vandals became aware of the site and began to trespass there. They would damage property, steal furniture, and destroy buildings. The owner installed various fences with gates, but the padlocks were often destroyed by uninvited guests, and he had to replace about 35 padlocks a year.

The property was put up for sale. It took a few years, but eventually Matthew Rubin became the new owner with the intention of building a wind farm. However, a lack of permission from the state meant that he was forced to postponed his project indefinitely.

Around 1990, another tragedy struck at this place. One person fell from one of the radar towers and was fatally injured. 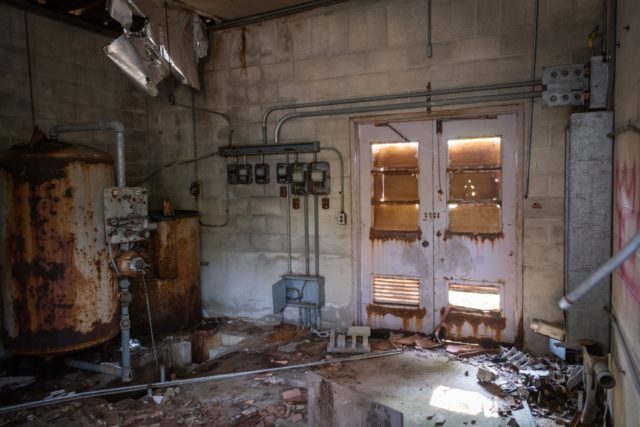 Today, the ruins of the radar base have deteriorated badly and have now been added to Vermont’s hazardous places list. The main reason for its addition was the severe pollution of the soil caused by oil and other motor fluids.

Having fallen into disrepair, the former radar base is an ominous skeleton sitting on the mountainside, a chilling reminder of the scarier times of the Cold War. 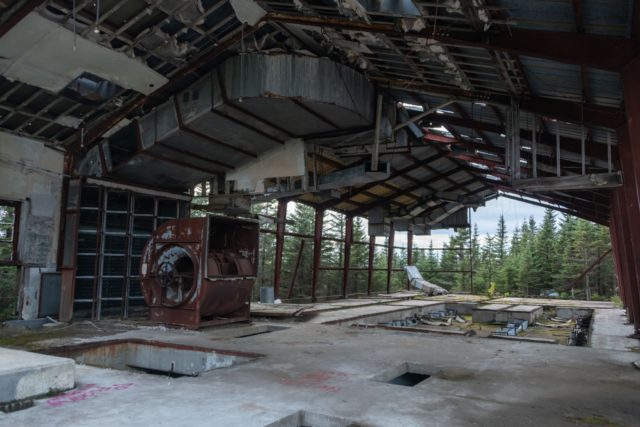 Access is not much of a problem as some urban explorers report that many of the gates are down and it’s sometimes possible to drive right up to the base to explore. However, if the gates are closed, it can be a 9-mile hike to get there. In addition, visitors need to be aware of the broken glass, rubble, and litter scattered across the site.

A big thank you to Dean Sheldon who kindly allowed us to share these amazing photos of the abandoned radar base. You should definitely check more of his works on his Behance account and Instagram page. 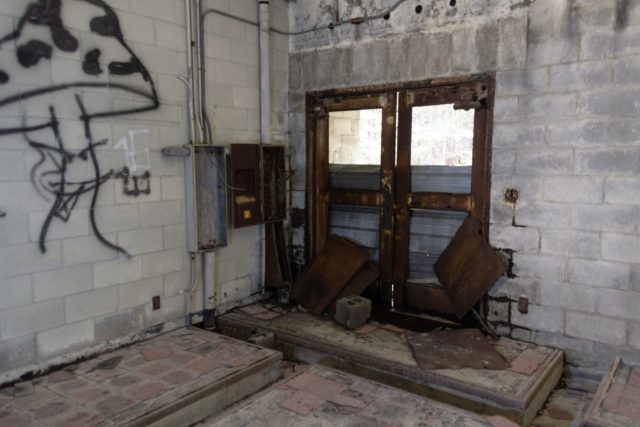 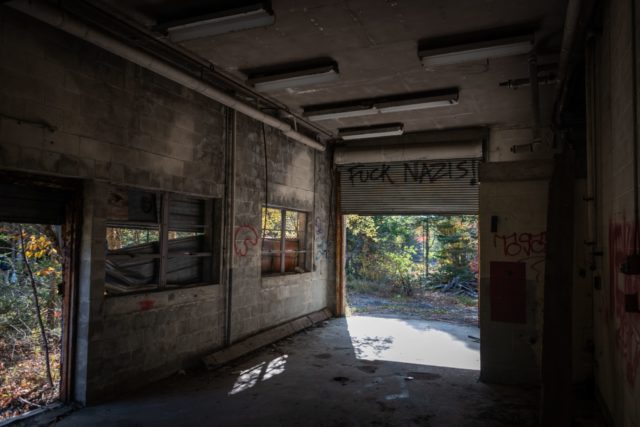 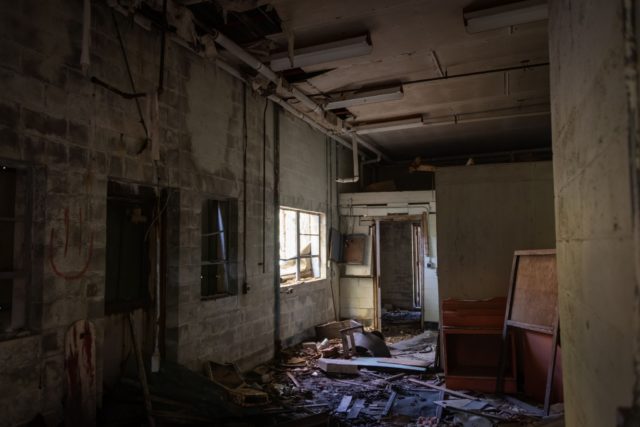 The office. By Dean Sheldon – starbrightmuse.com 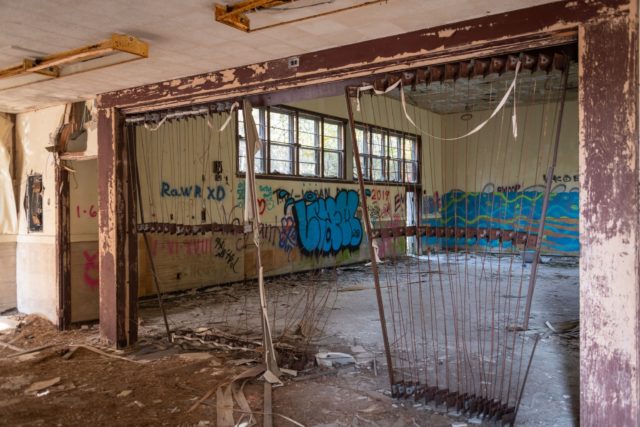 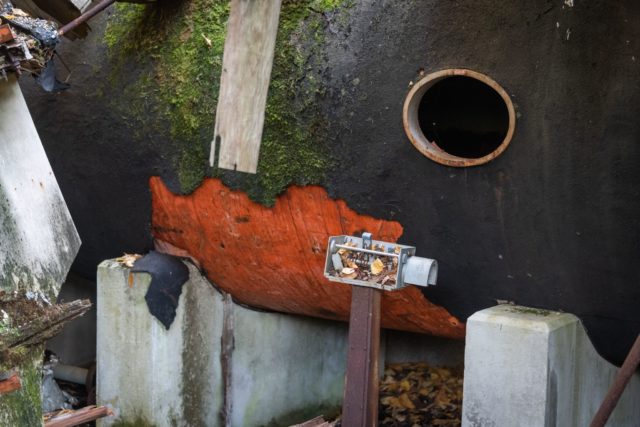 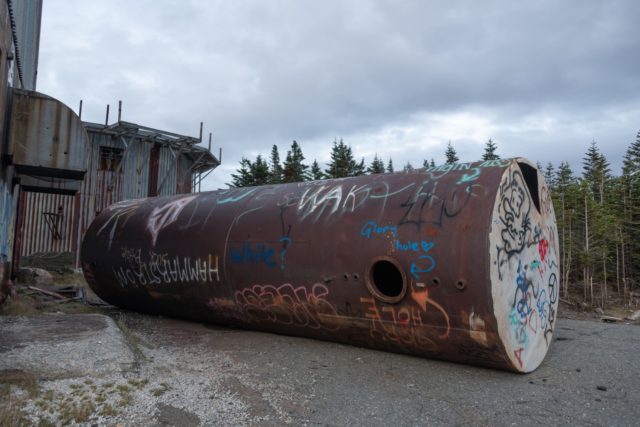 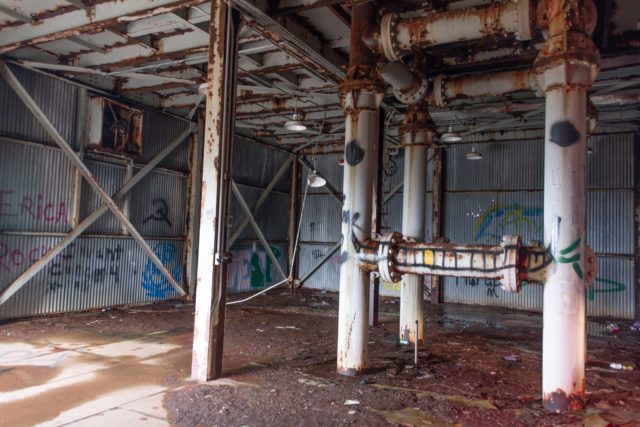 Inside of the radar tower. By Dean Sheldon – starbrightmuse.com 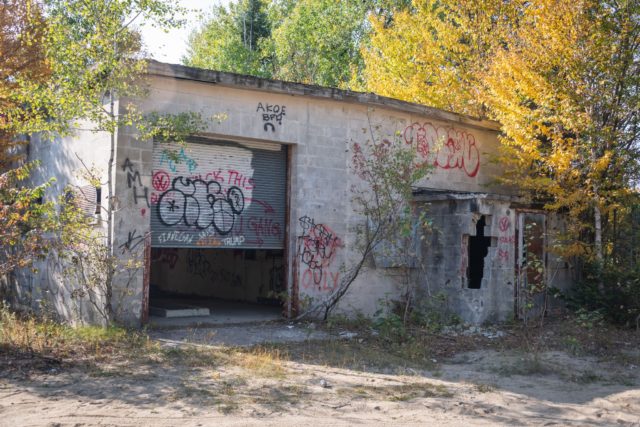 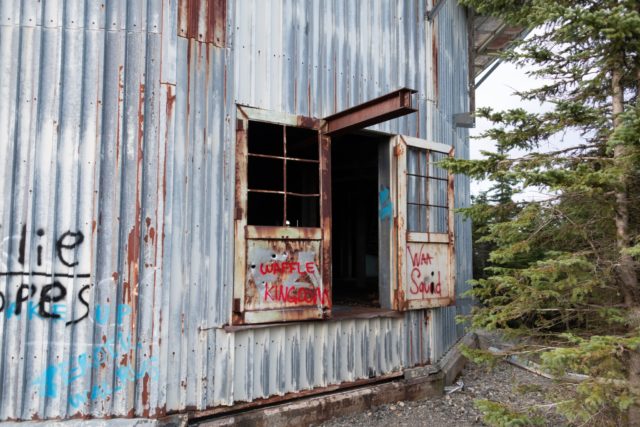 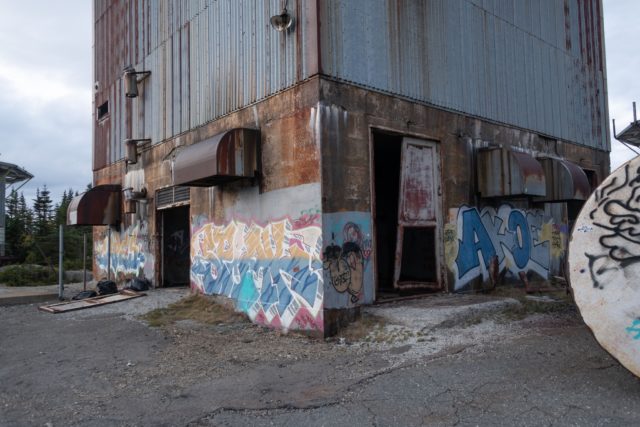 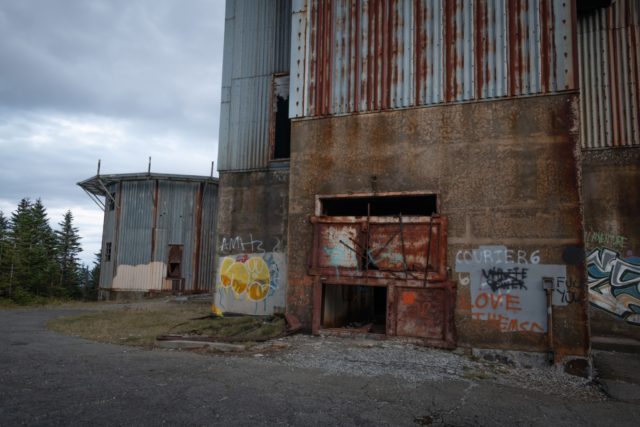 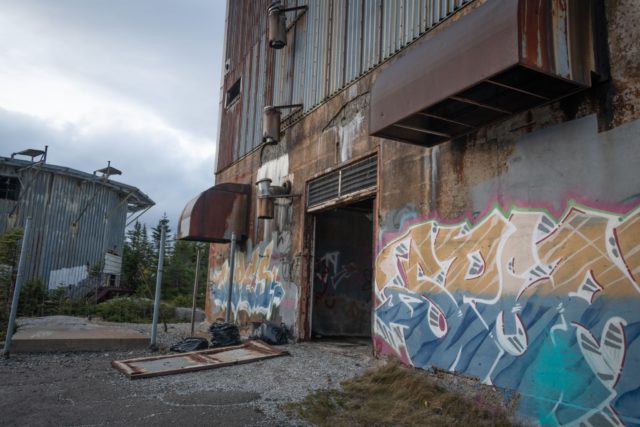 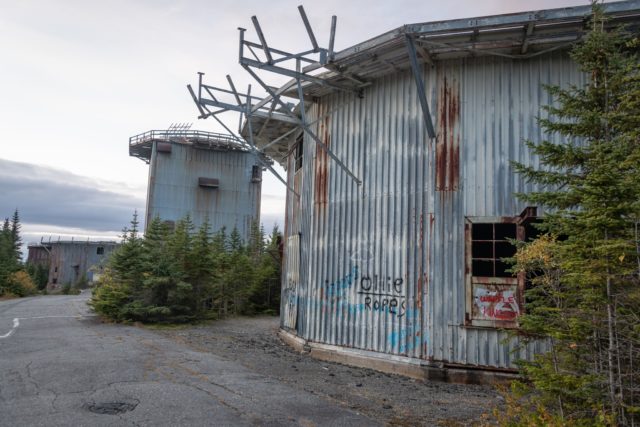 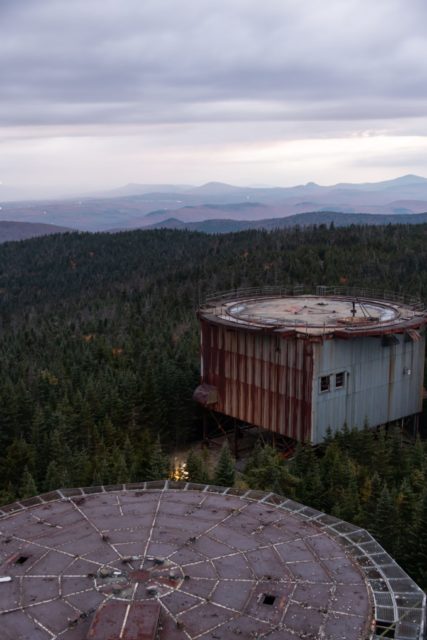