Convict Prison: Around 162,000 convicts were transported from Britain to colonial penal colonies in Australia

The former British convict settlement of Port Arthur stands around 60 miles to the southeast of Hobart, the capital city of the island state of Tasmania, Australia. Port Arthur Historic Site is today a popular tourist destination as “one of the 11 places that make up the UNESCO World Heritage-listed Australian Convict Sites.”

Around 162,000 convicts were transported from Britain to colonial penal colonies in Australia between 1788 and 1868, a punishment that ended due to protests from the increasing population of European free-settlers in Australia.

The idea behind these convict settlements was to separate exiled prisoners from the rest of the population by moving them to a remote colonial territory. And this was the main use of Port Arthur for twenty years, from 1833 to 1853.

During this period, the prisoners brought here were repeat-offenders and those marked as rebellious – proven hard-knock and die-hard convicts. It was one of the most notorious and reputedly harsh maximum security prisons that was part of the United Kingdom’s penal system. 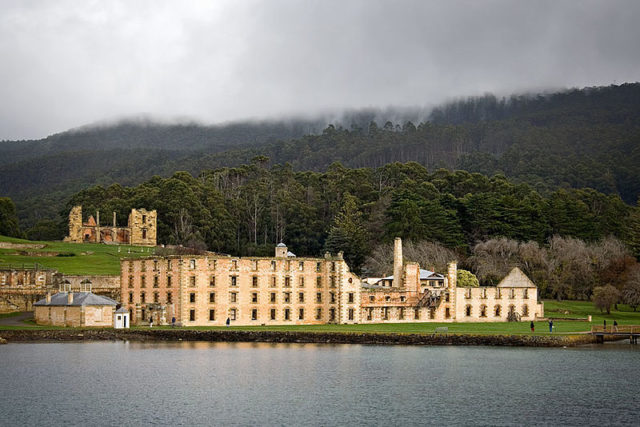 Port Arthur was established as a small timber yard in 1830, and named in honor of Sir George Arthur, Lieutenant Governor of the British Crown Colony called Van Diemen’s Land, today part of Tasmania. In order to provide select convicts (those who were well behaved) with useful skills that they could use to make a living after serving their sentence, they were set to work at the Port Arthur timber station, which soon became a much larger shipbuilding yard. 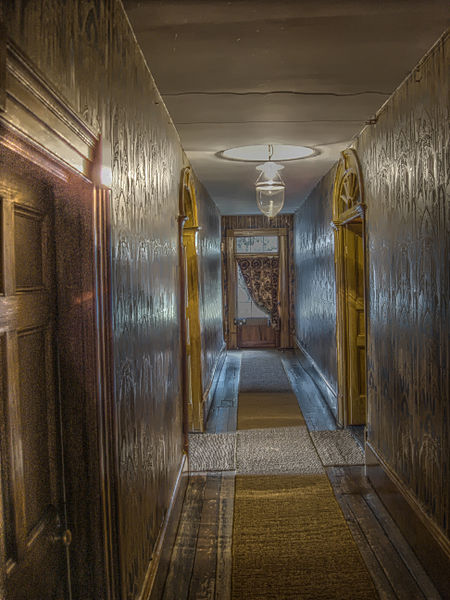 “…we saw that the island was both something more and something less than the marvel we had first supposed it to be as if it was unsure whether it was to be the Commandant’s dream or the convicts’ nightmare,” writes Richard Flanagan in his novel Gould’s Book of Fish. 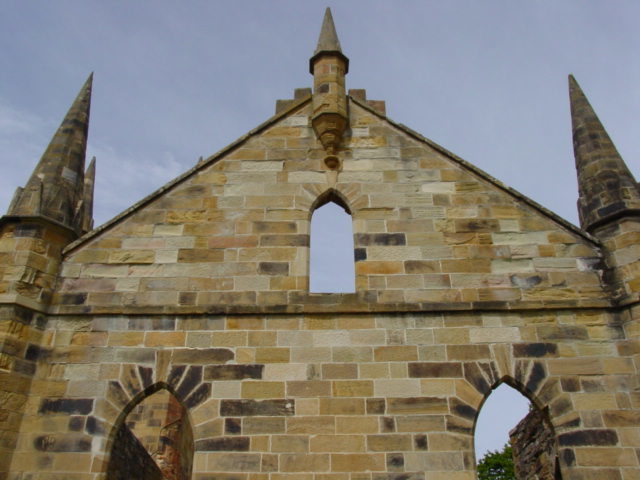 Port Arthur correctional facility was among the first to switch from physical to psychological punishment, as the former only made the prisoners more hardened. This new psychological torture that Port Arthur made use of included control of the food; if the prisoner was well behaved, he would receive a bigger meal and sometimes even tobacco and tea. 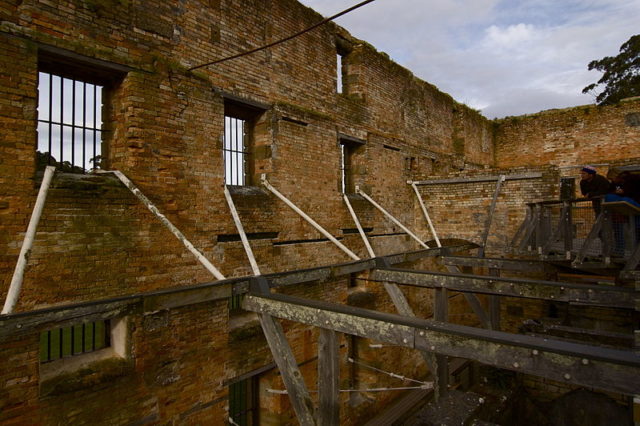 The interior of the prison/ Author: Christopher Neugebauer – CC BY-SA 2.0

The opposite meant that there was only dry bread and water for those who misbehaved. Another one of the punishments that this prison embraced was the so-called “silent system.” The prisoner was not allowed to talk or make any noise, and this was supposed to force the convict to think about what he had done and why he was there in the first place. 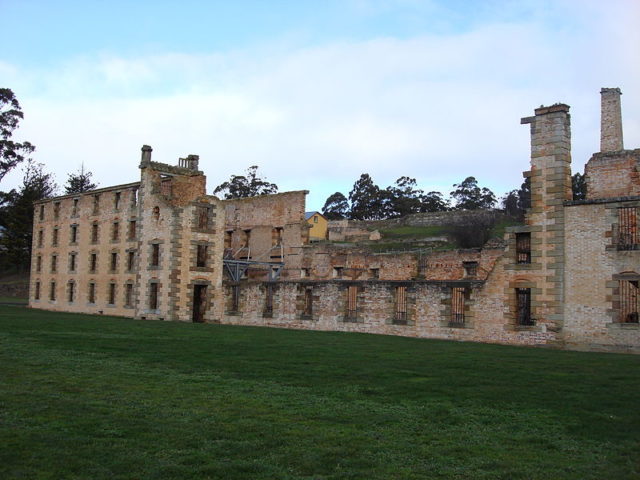 Though the real torture was that during this silent system the prisoners were hooded when not alone in their cells. This very act – the absence of sound and light – made some of the prisoners go mad. But the planners of Port Arthur had thought of this beforehand and built an asylum that stood right next to the prison, ready to welcome everyone that made the transition from convict to loony. 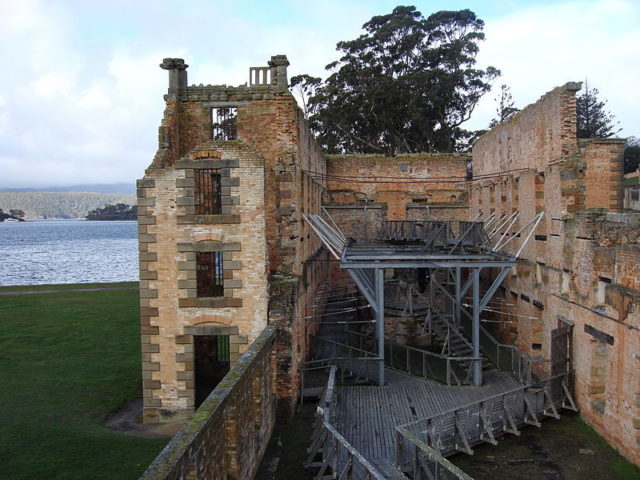 And there was no escaping from this prison facility, for it is located on an island (speculation has it that a population of sharks were introduced to the waters around the prison). The island was connected to the mainland by an narrow strip of land that was well defended with sharp prison guards and fairly starved dogs, eager to snatch a running prisoner. Despite everything, some did manage to find their way out and to escape from the prison. 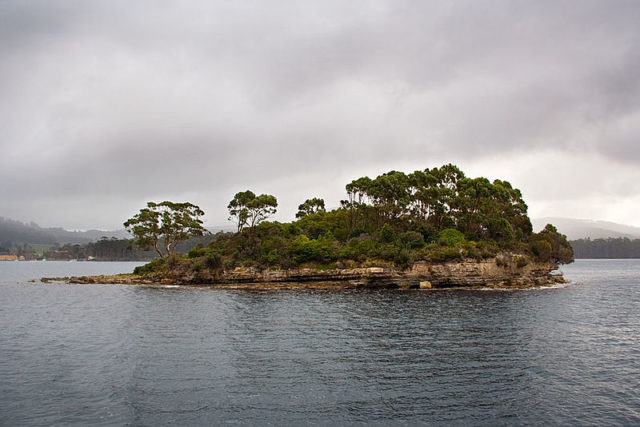 This correctional facility was officially closed in 1877. Upon its closure, the Isle of the Dead – a piece of land adjacent to the prison where convicts and prison personnel were buried – counted around 1,646 graves, of which 180 belonged to prison staff. 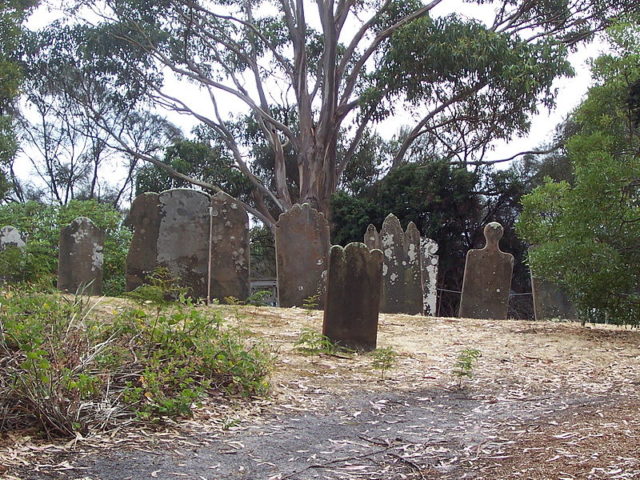 Years later, Port Arthur was a place where yet another terrible thing took place, remembered as the Port Arthur massacre. It was April 28, 1996 when a man named Martin Bryant opened fire upon a number of people, killing 35 and leaving another 25 heavily wounded before he was finally stopped in the act by the Tasmania Police Special Operations Group. Following his conviction, strict new gun control laws were introduced in Australia. Martin Bryant is still alive and is currently serving his sentence of 1,035 years.