Spiš Castle: One of the largest medieval fortifications in Europe

The remains of Spiš Castle are situated in the northwestern region of Eastern Slovakia. Spiš Castle is a unique and monumental construction, once the economic, administrative, political and cultural center of Szepes County of the Kingdom of Hungary.

With its area of more than 10 acres, it is the second largest castle structure in Central Europe and one of the largest medieval fortifications in Europe. It is placed on a top of a hill formed mainly of limestone rocks, approximately 656 feet above the surrounding land and above the town of Spišské Podhradie and the small village of Žehra, in the region known as Spiš.

Today, inside the castle complex there can be seen the huge ruins of the medieval fortifications which quietly tell the story of the castle and of the region. Some of the structures of the inner palace are reconstructed and adapted as a museum of medieval history. 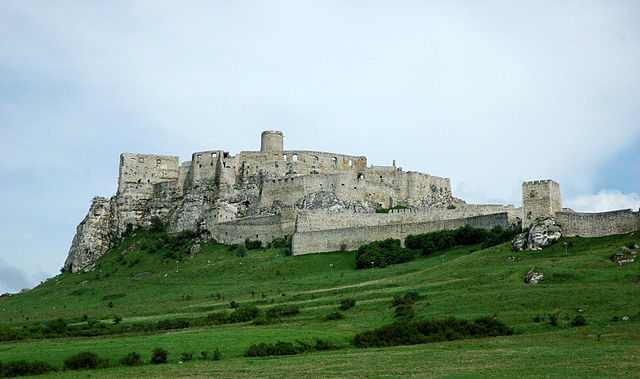 Spiš Castle is one of the largest castles in Europe/ Author: János Korom Dr – CC BY-SA 2.0

An older Celtic fort existed on top of the hill a long time before the medieval Spiš Castle was constructed at the beginning of the 12th century, on the ruins of the earlier fortification. The oldest written document about Spiš Castle dates from 1120, when it was only a fort, placed on the northern border of the feudal Hungarian state.

But, in fact, the hill on which now stands the castle was populated 40,000 years ago by the people of the Puchovska culture, who were farmers and craftsmen. Archaeological discoveries in recent years have revealed the remains of ancient houses and evidence that the site was an administrative center of the region even in ancient times. 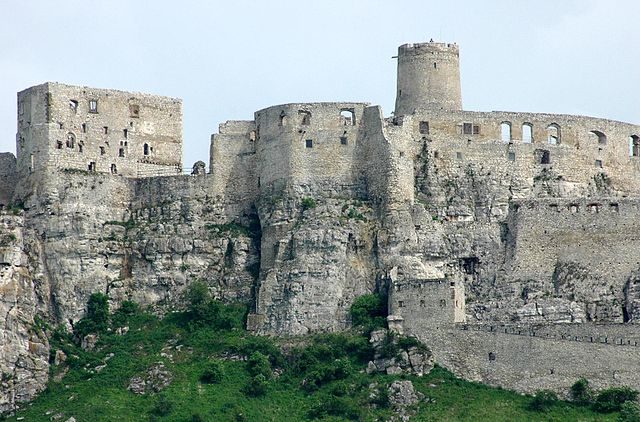 Parts of the first Spiš Castle fell down in the 12th century, but it was rebuilt soon after. The oldest bulwarks and thick defensive walls originate from the 12th century. In the second half of the 13th century were built a Romanesque stone castle with massive fortifications, a two-story palace designed in Romanesque architectonic style and a three-nave church in a combination of Romanesque and Gothic style. The main material used for construction were stones. With this huge rebuilding, the Spiš Castle started to get its characteristic and famed shape. 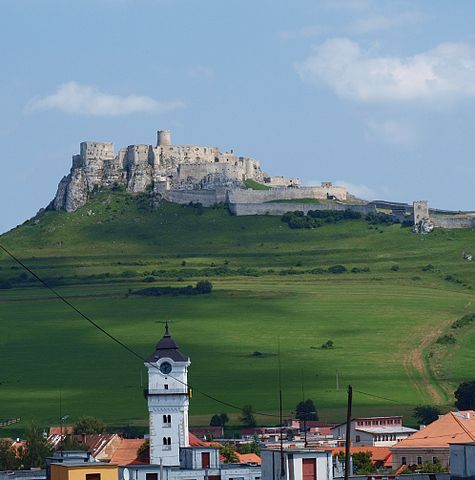 View to the castle from the near village/ Author: Honza Groh (Jagro) – CC BY-SA 3.0

The fortification was built to stop the invasion of the Tatars, which started in 1249. Actually, the encircling stone fortification defended the inner Romanesque palace. Many battles took place at the castle, especially in the second half of the 13th century and the castle survived the attacks without serious damage. Later, the castle developed from a frontier defense structure into an aristocratic residence and the seat of many important nobles. 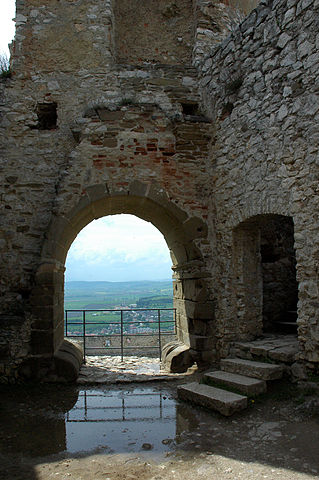 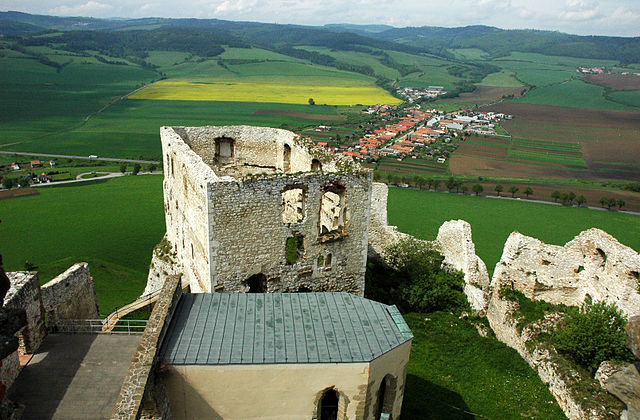 A Gothic chapel was constructed too, and the Romanesque palace was reconstructed in a Gothic style. They also thickened and elongated the tower. Although the Zapolsky family had more than 70 castles, Spiš Castle became their favorite place. Even Jan Zapolsky, the last king of the Zapolsky clan who owned the castle, was born at the castle. He lost the battle against the Habsburgs in 1528 and Spiš Castle went into the hands of the Habsburg family. 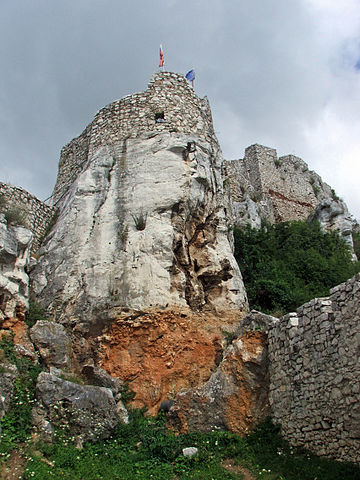 The castle is built upon limestone rock/ Author: I, Joxy – CC BY-SA 3.0

In 1531 they gave the castle to the Turzo family who reconstructed the buildings of the castle in late Renaissance style and developed the upper castle into a comfortable residence. The last owners, the Csaky family, had it until 1945. 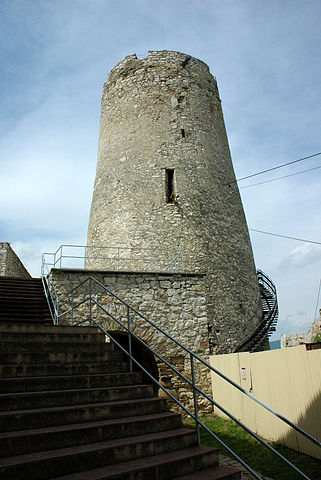 They abandoned the castle at the beginning of the 18th century because they thought that it was too uncomfortable for normal living. The castle was completely derelict and left in ruins in 1780, after it burned down. The family used some of the castle’s stone for their manor-houses. Since then the castle was no longer occupied and started slowly to decay. 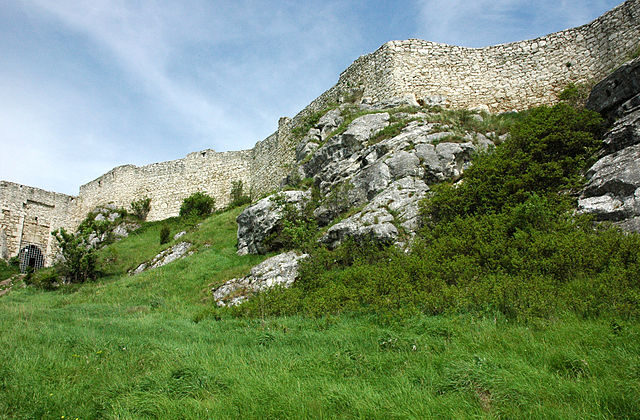 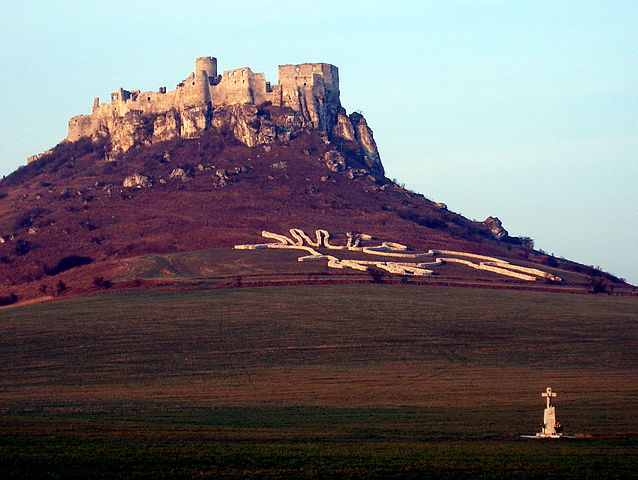 The castle stands proudly above the surrounding land/ Author: Jozef Kotulič – CC BY 3.0

Today the Slovak Republic owns the site. Parts of the castle were reconstructed in the second half of the 20th century. It was included in the UNESCO list of World Heritage Sites in 1993.