The Aurelian Walls, or Mura aureliane by their Italian name, is a set of city walls in Rome, which were built under the rule of powerful emperors Aurelian and Probus.

Over time, Rome had expanded vastly and by the 3rd century it had grown beyond the original walls of the city: the Servian Walls, which can be traced all the way back to the 4th century BC. 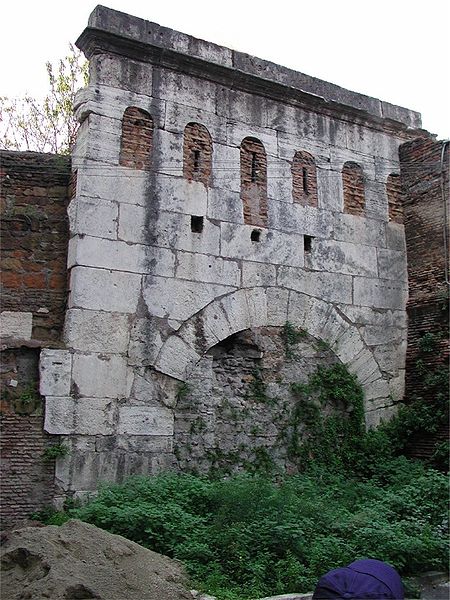 As it spilled out past the old defensive walls, the city essentially became unfortified. However, it continued expanding unthreatened for many years as the fear of the strength of Rome was great; no one would dare to attack it and meet the brutality of the Roman Army. 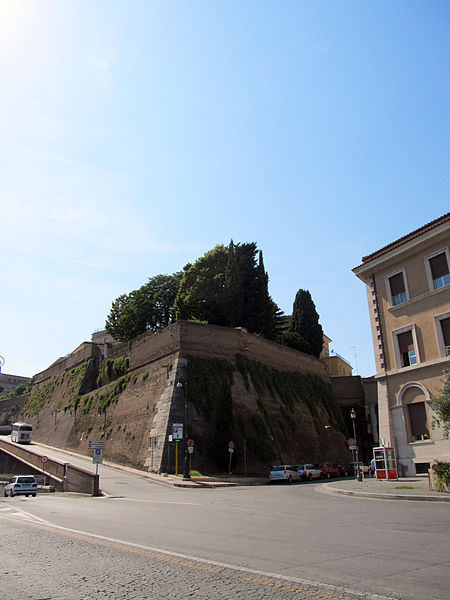 Things changed when tribes of barbarians came storming upon Rome in the 3rd century. In 270, the Germanic tribes Juthungi and Vandals came to attack the north of Italy.

As the Roman army was preoccupied repelling a Vandal invasion, the Juthungi ambushed the exhausted army and defeated the Emperor. The Romans suffered severe casualties but nonetheless managed to later defeat the Juthungi at the Battle of Fano. The Romans fell victim to more troubles one year later, when mint workers rose in rebellion within the city itself.

A passage that that stands close to Porta Metronia. Author: Joris – CC BY-SA 3.0

Thousands lay dead in the aftermath of the rebellion. Having witnessed the power of the barbarian tribes, Lucius Domitius Aurelianus Augustus decided in 270 to erect a wall that would keep these foreign invaders away from Rome. 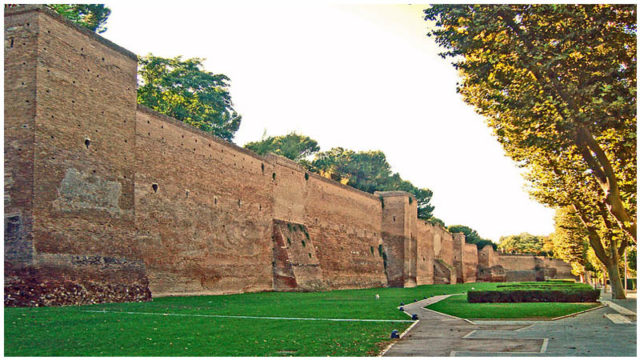 The wall would also serve as a message that Aurelian trusted his citizens and had no doubt in their loyalty, and that he was determined to keep both his reign and power. 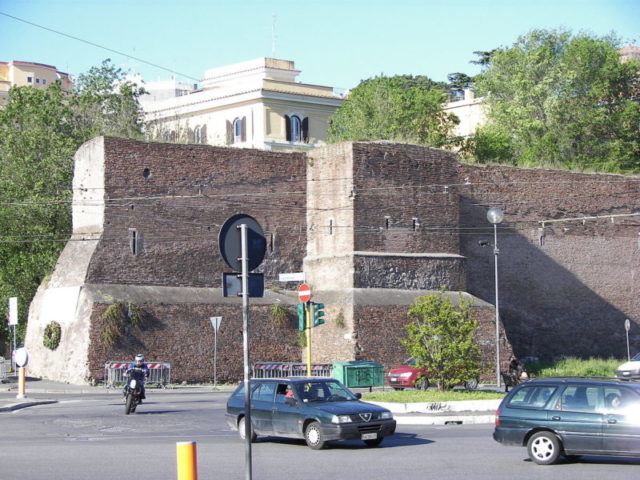 Part of the wall that stands close to Pyramid of Caius Cestius. Author: Wknight94 – CC BY-SA 3.0

The wall was, at the time, the biggest architectural project of the Roman Empire. Gregory S. Aldrete writes in his book Daily Life in the Roman City: Rome, Pompeii and Ostia, “These events prompted the emperor Aurelian to construct a new, larger circuit of walls in the 270s. These walls, known as Muri Aureliani, were 12 miles long and included the Campus Martius and a section of the Transtiberim.” 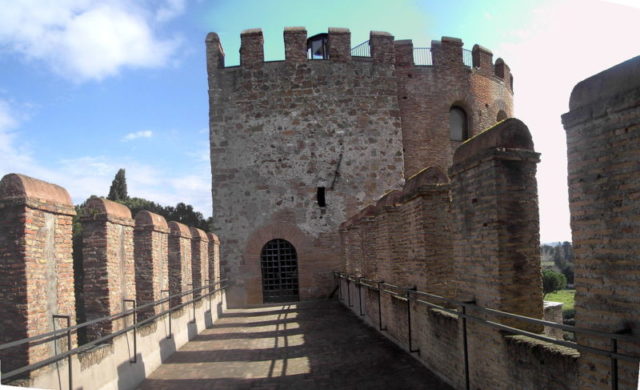 A restored section of the wall.

No legionaries were employed in the construction of the wall; the army was already weakened from years of civil war and famine, as well as the Plague of Cyprian, and construction responsibilities were delegated to the citizens.

The wall was completed in just five years. According to Aldrete, “The Aurelian Walls show evidence of having been constructed in haste. For example, they make considerable use of existing structures, which are incorporated into the circuit of the walls.” 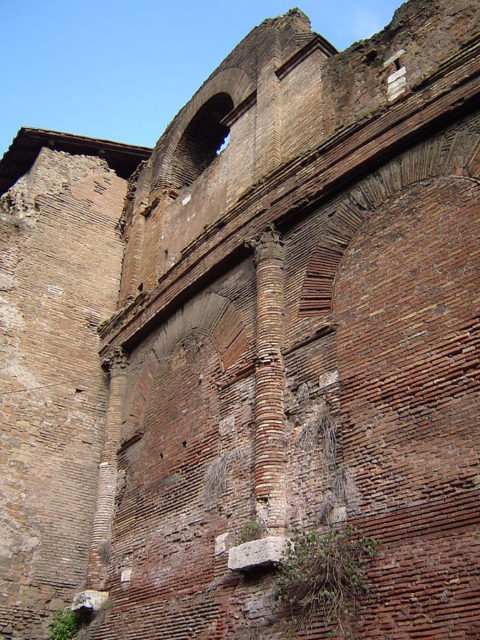 Unfortunately, Aurelian never managed to see the wall in its complete form as he passed away before the project was finished. The wall was never built to withstand a siege.

Instead, it was created as an effective way to protect the city against barbarians, who had no means of imposing a prolonged siege due to limited resources. The wall functioned well against their hit-and-run attacks. 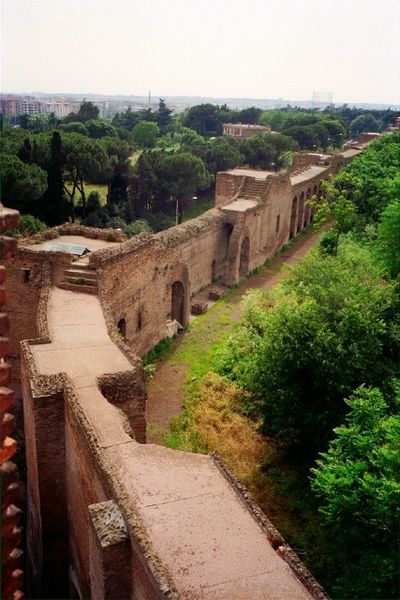 Over the years the wall was improved. These improvements included the doubling of its height by Maxentius and, in 401, improvements of the gates, under the order of Honorius.

The wall served Rome well for many centuries, until 1870. On September 20th that year, the wall was breached close to Porta Pia, by the Bersaglieri. 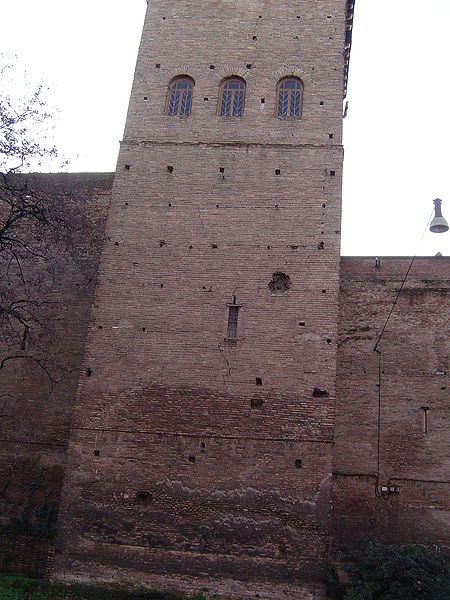 The wall remains today in perfect condition, preserved well as it remained in use until the late 19th century.

The museum Museo delle Mura offers information to anyone who wishes to learn more about this remarkable feat of Roman engineering. The wall is a favorite attraction for the many thousands of tourists that come to visit this famous and ancient city.

« Nagoya Castle: a gorgeous Japanese castle that fell victim to the horrors of WW2
The Pyramid of Cestius: Once outside city limits, it now stands among contemporary buildings in the middle of Rome »