About 18 kilometers (11 miles) east of Berlin, there is an airfield called Werneuchen. Although abandoned by the military, the runway is still used today by microlight aircraft, and some of the surviving hangars are private property.

Land for the airfield was acquired in 1935, with construction beginning in spring 1936 and completing in November 1937. Once it was up and running, the airfield became the base of Fighter Training School 01 of the Reich, and both German and foreign pilots trained here for roles in the Luftwaffe. Training took place in 15 squadrons, with 10-12 pupils per squadron. 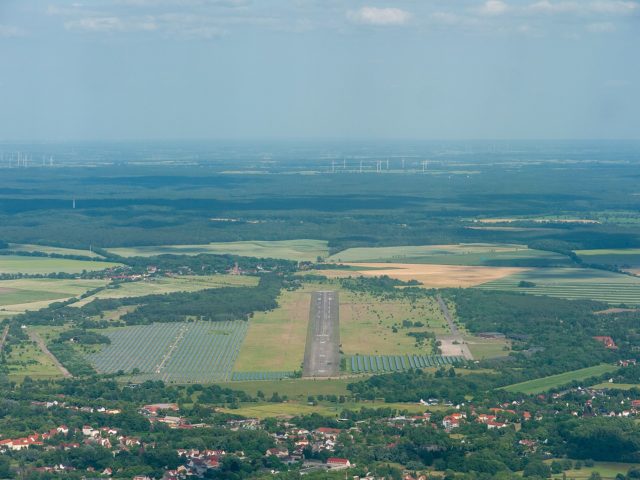 The nearby town of Wernechen had been suffering from unemployment and financial difficulties, but it was revived by this new construction work. It also became home to the garrisons stationed at the airfield. 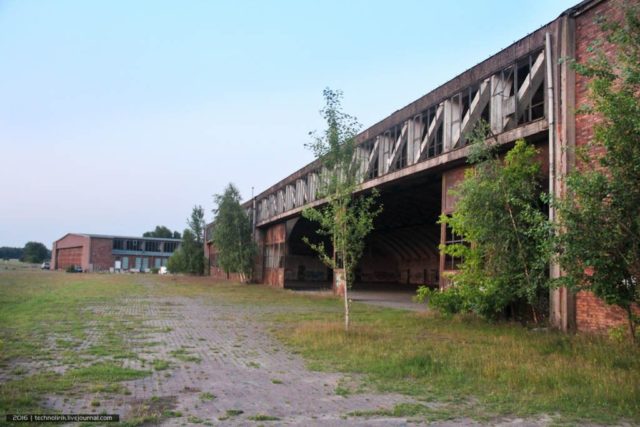 During the Second World War, the airfield managed to avoid being an Allied target. Night flights flew from the Wernechen Airfield from 1943, the same year that the flight school was closed and moved to France. German fighter units based there often flew missions against Soviet troops stationed near the Oder river during January and February 1945.

In addition, the airfield was involved in radar testing and had several buildings constructed on or around it to assist with its new role. These included a radar tower a little way from the site itself and a command bunker to house the monitoring system. Not much is known about this aspect since the equipment was all dismantled when the Germans abandoned the facility. 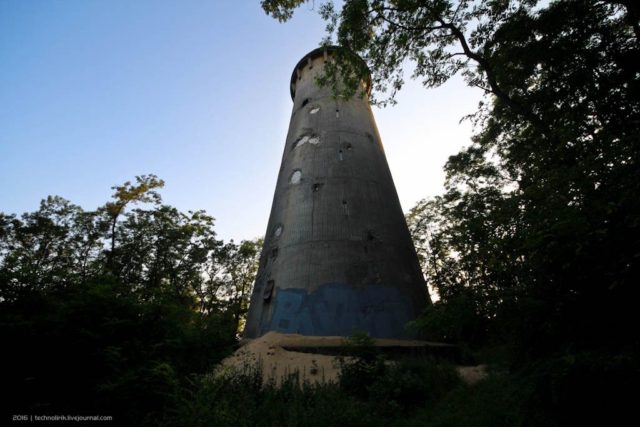 This happened in April 1945, the Werneuchen Airfield was occupied by the Red Army. The 16th Air Army and other units were stationed there. The Soviets used the airfield as a base from which to fly missions in and around Berlin in the final days of the war.

The former radar tower was used for target practice, as evidenced by the various bullet holes in its walls. The command bunker, apparently deemed to be a more useful structure, was repurposed as a communications bunker for the Soviets. 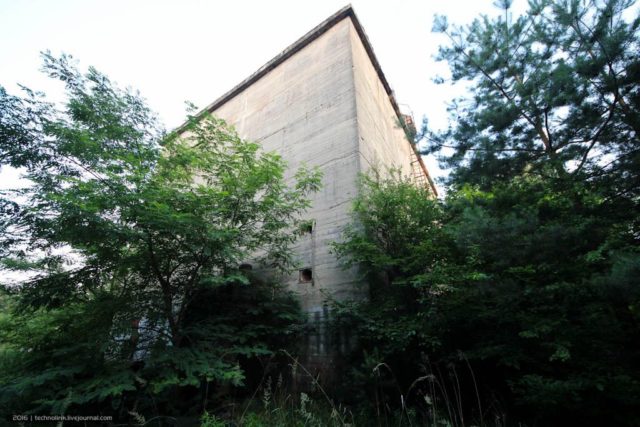 Long-range bombers were also stationed at Werneuchen Airfield in the early 1950s. When further expansions of the airfield took place in 1971 and 1974, a special weapons bunker was built to store nuclear weapons.

Soviet troops were withdrawn from the Werneuchen Airfield in September 1993. The airfield itself was transferred to the Federal Property Office in Frankfurt after the Soviet withdrawal, but only a year after the airfield had already been given over to civilian use. 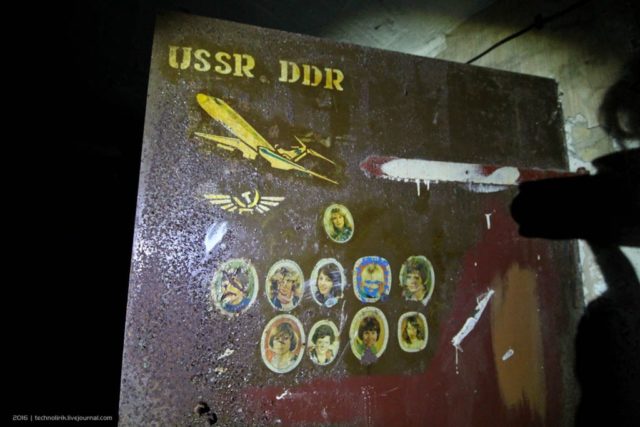 The door inside of the control tower. By Alex Technolirik – LiveJournal @technolirik

In the years that followed, the former military facility was used by civilians only on a modest scale. The eastern part of the airfield is open for flights.

About 1,000 take-offs and landings take place annually. These include an ultralight flight school, private pilots, and an aerial photography agency. Because the airfield sees such little use, some of the land is also used for grazing animals. 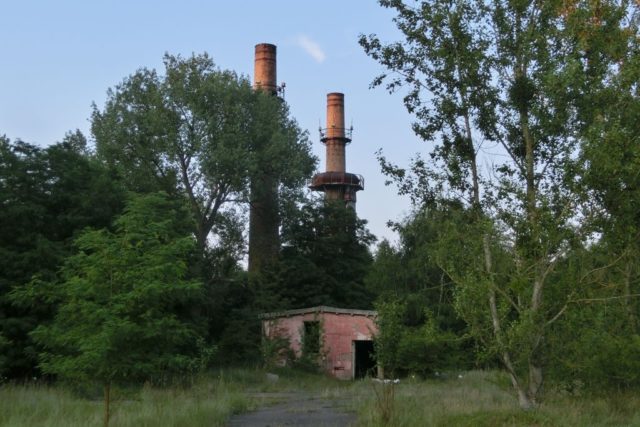 The property is currently owned by the state of Brandenburg. The state has tried selling various sections of the site, but they have not had any success. Some of the land has been given over to solar panels.

In the past, the Werneuchen Airfield has been used as a location for illegal car races. To prevent this, the runway was divided by an earthen wall about 0.7 meters (two feet) high. This addition breaks the runway into sections measuring 900 meters (984 yards) and 1,500 meters (1,640 yards), with the latter section being used as the runway.

The small earthen wall on the runway to deter car races. By Alex Technolirik – LiveJournal @technolirik

While this wall might have deterred races, it has been the cause of two accidents at the airfield. In July 2002, an aircraft needed to make an emergency landing due to weather conditions and lack of fuel. Because the pilots didn’t have up-to-date maps of the airfield, they didn’t know about the wall and they landed on the wrong part of the runway. Although only one person was hurt, the aircraft was written off.

The second accident happened in August 2004 when another aircraft hit the wall after needing to land almost immediately after take-off due to leaking fuel. Six people were injured. 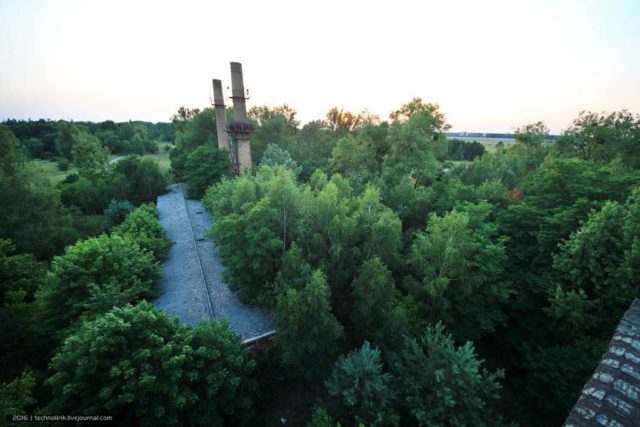 The view from the roof. By Alex Technolirik – LiveJournal @technolirik

The area is getting overgrown now, and many of the buildings are in a hazardous condition. However, the surroundings, combined with the lack of aircraft, make the area a quiet place where natural beauty is taking over once again. 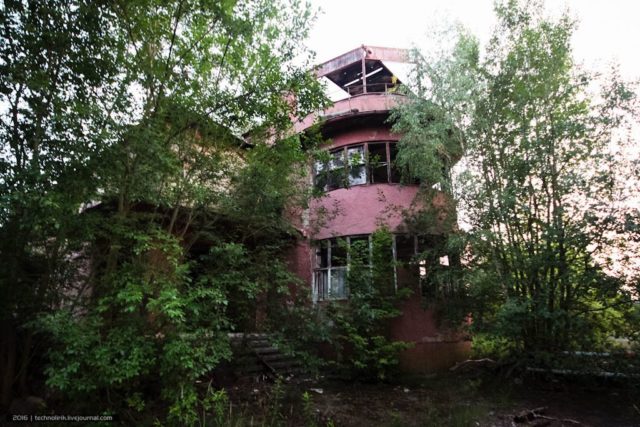 A big thank you to Alexandr and his LiveJournal account for sharing such amazing photographs of this wreck with us. 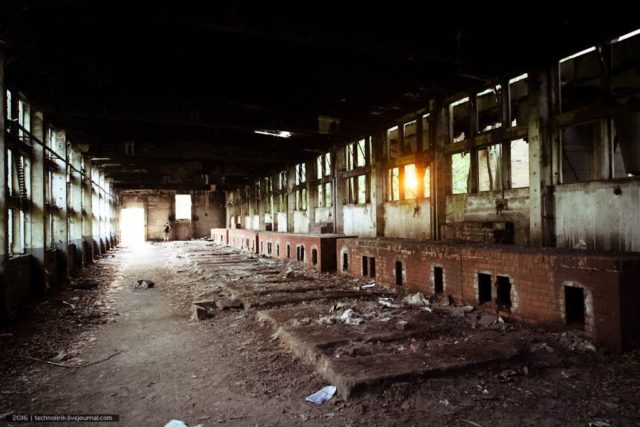 Inside of the boiler house. By Alex Technolirik – LiveJournal @technolirik 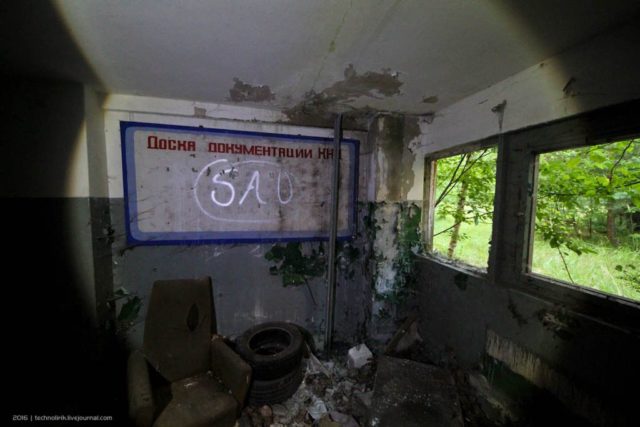 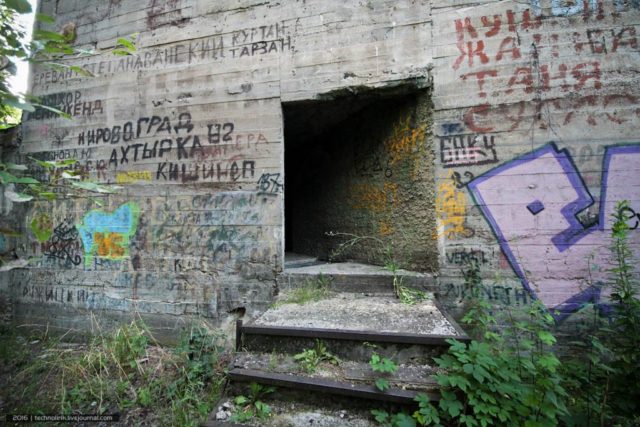 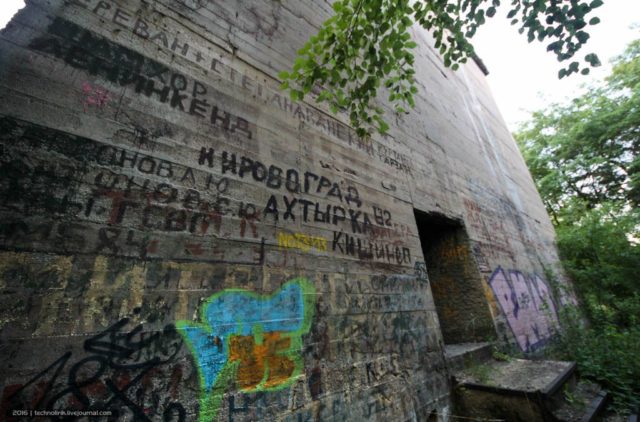 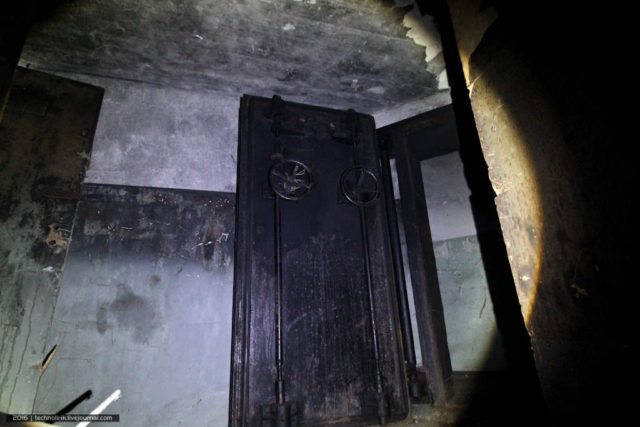 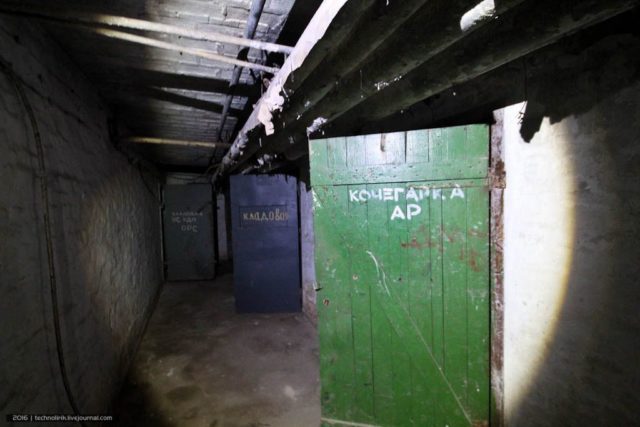 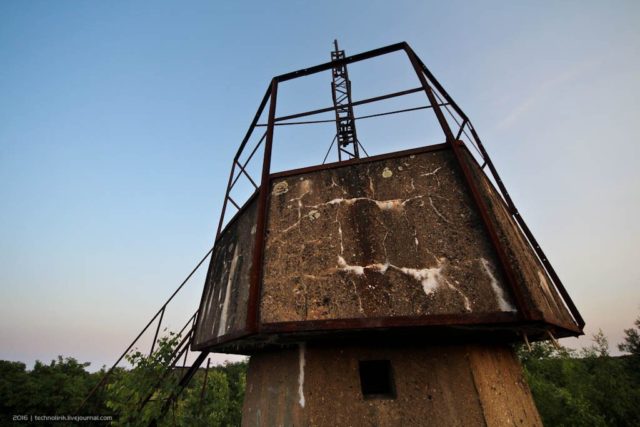 On the roof of the bunker “Goering Tower”. By Alex Technolirik – LiveJournal @technolirik 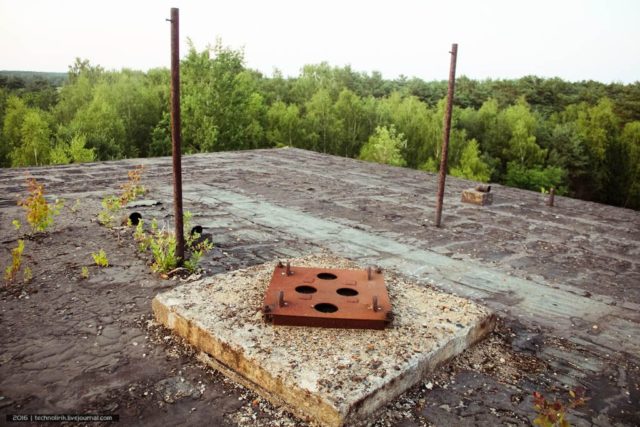 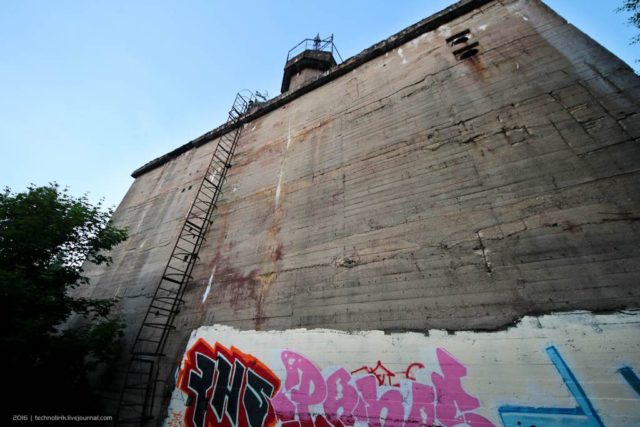 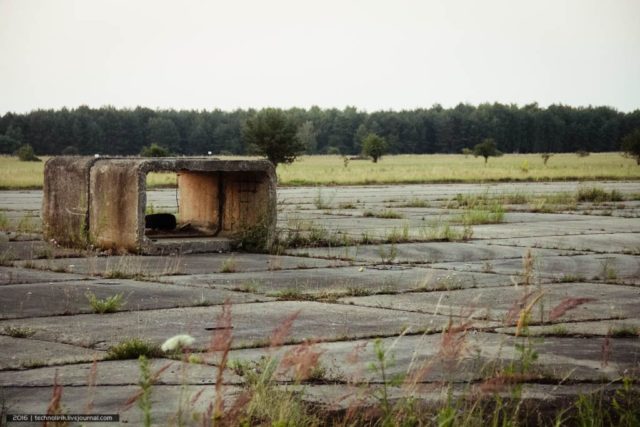 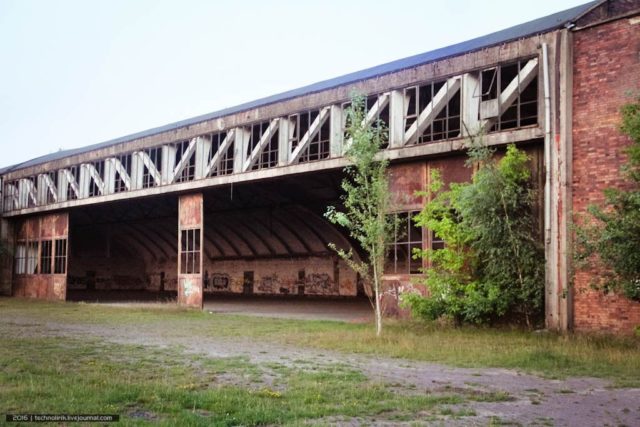 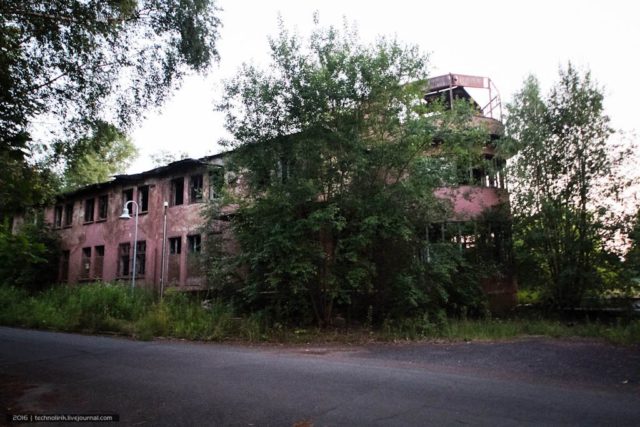 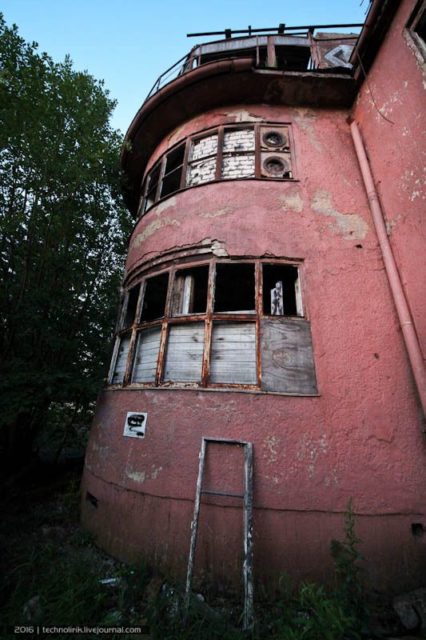 Another Article From Us:  Teriberka Abandoned Village – the Edge of Russia 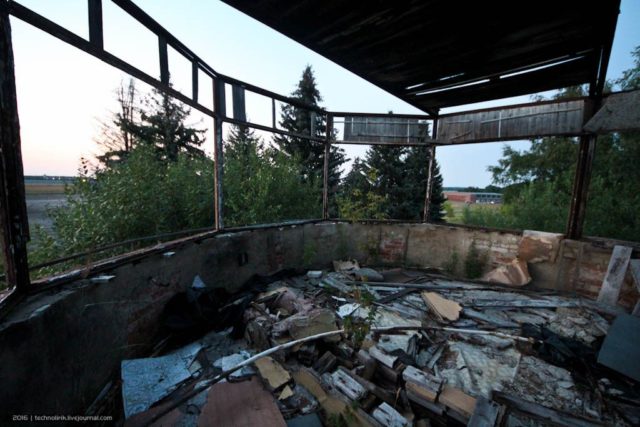 At the top of the control tower. By Alex Technolirik – LiveJournal @technolirik