Barrow Gurney Hospital once served as a psychiatric hospital in Barrow Gurney, Somerset, United Kingdom. The hospital was built to help cope with the serious overcrowding problem at the existing City of Bristol Mental Hospital at Stapleton was experiencing during the 1920s. 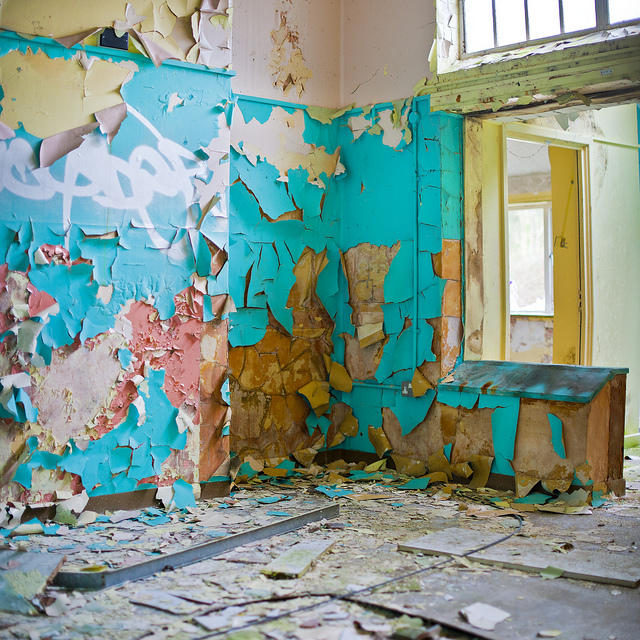 Even the paint decided it was time to go. Author: Jordan Woods CC BY 2.0

At the time the hospital was being planned, the old Victorian style of institution, which had been built almost like large barracks connected by corridors, was considered old-fashioned and too confining for patients. With changing attitudes towards patient welfare and the growing problem of overcrowding, it soon became evident that a new hospital would be needed. 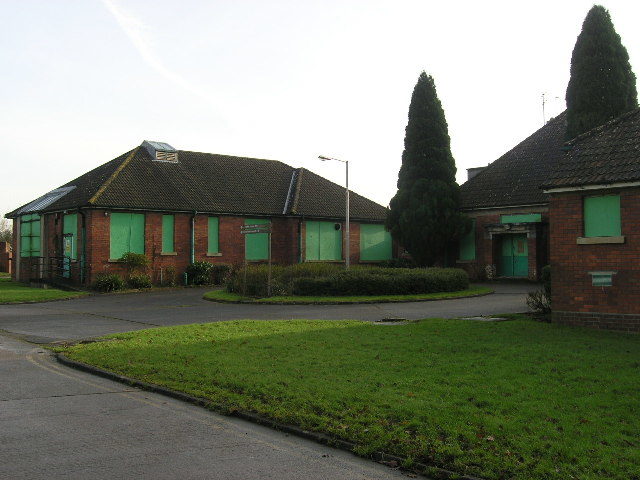 The Bristol Corporation initially planned to build this hospital on the nearby Oldbury Court Estate; however, the negotiations for the sale of the property fell through in 1928 and the corporation was forced to look elsewhere. 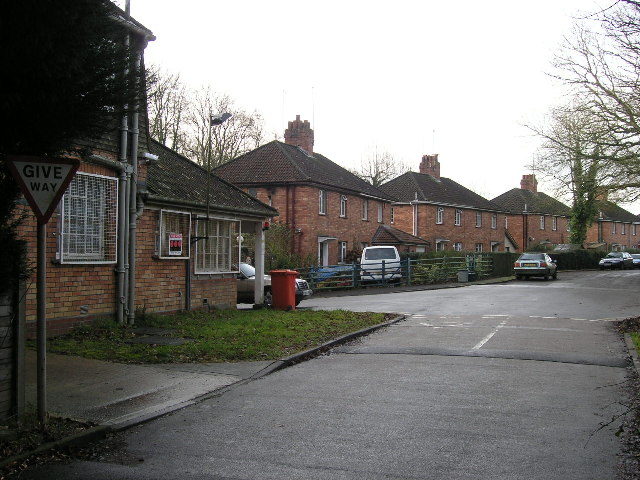 Sir George Oatley, an English architect noted for his work in Bristol, was given the task of designing the hospital. The layout that Sir George decided on was the colony plan based on detached ‘villas’ centered on a group of service buildings, which a fairly modern choice for those days. 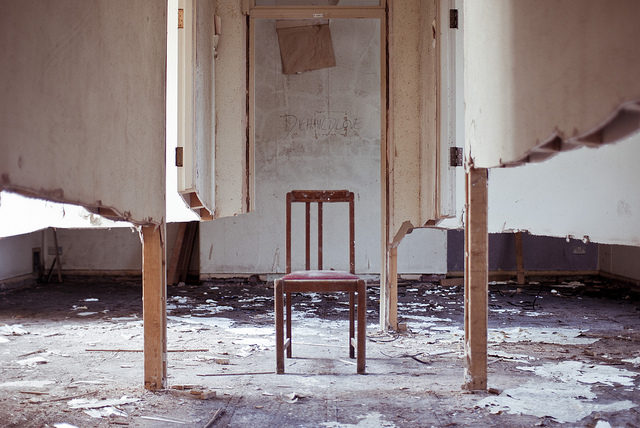 In the middle of the ruins. Author: Jordan Woods CC BY 2.0

The plan included 25 villa treatment centers for local authority and private patients, a chapel, recreation hall, laundry, and central kitchens. The facility was expected to house approximately 1,200 patients once completed. 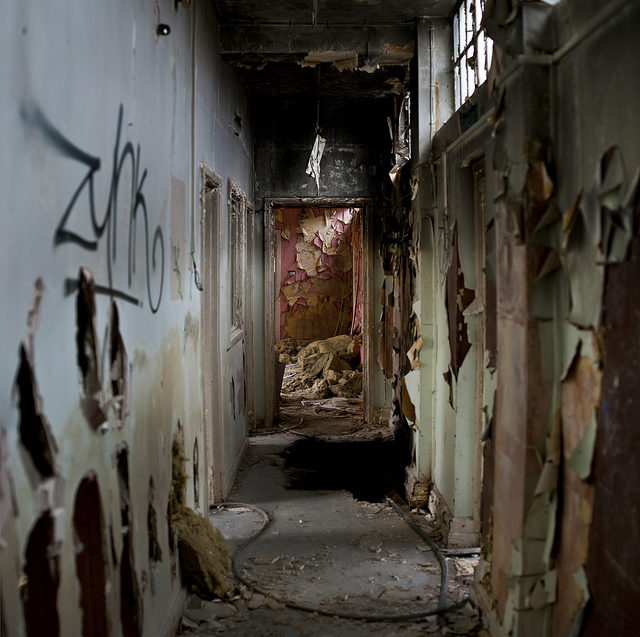 The buildings were made of red brick and had pantile mansard roofs. The institution was built with the intention of providing a sense of community and privacy to the patients while still allowing the hospital to function smoothly. 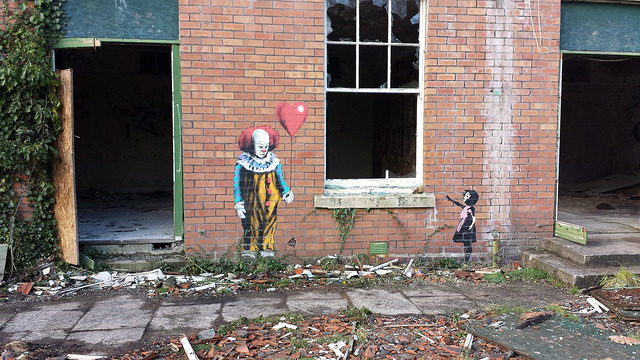 Construction began in 1934, and the hospital received its first patients in May 1938, just one year shy of the official opening day and still only half-built. They decided that the rest of the buildings should be added over the years as the financial status of the hospital allowed. 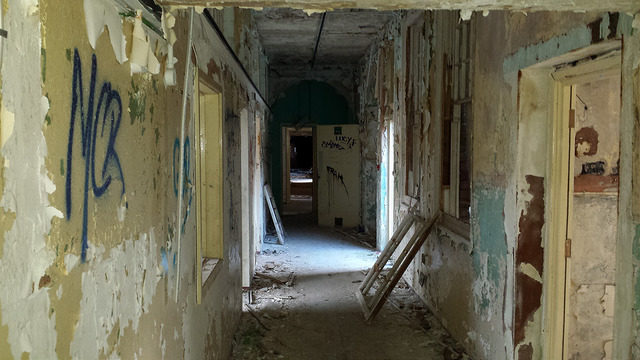 However, sometimes things do not go entirely to plan. The outbreak of the Second World War in 1939 drastically altered the course of the hospital’s development, as it was repurposed by the British Navy for use as a military hospital. 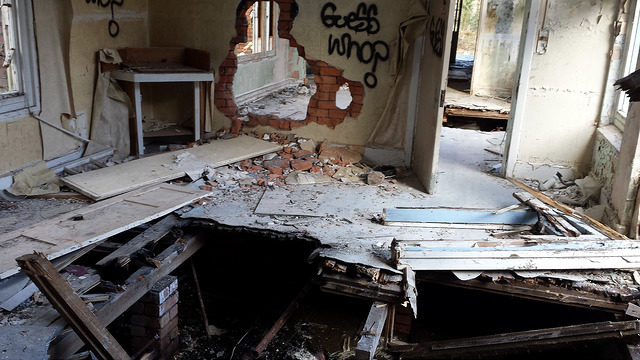 During this period, the hospital became the Royal Naval Auxiliary Hospital, Barrow Gurney. The daily average number of patients under treatment reached 356 and the medical and nursing staff numbered 215. When the war finally ended in 1945, the hospital was decommissioned and returned to normal use in 1946. 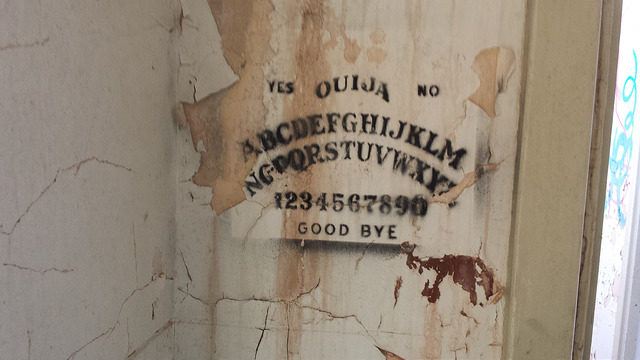 Two years later, the hospital was transferred to the jurisdiction of the National Health Service. Under proper leadership, the hospital gained a reputation as a progressive hospital in the treatment of mental illness. 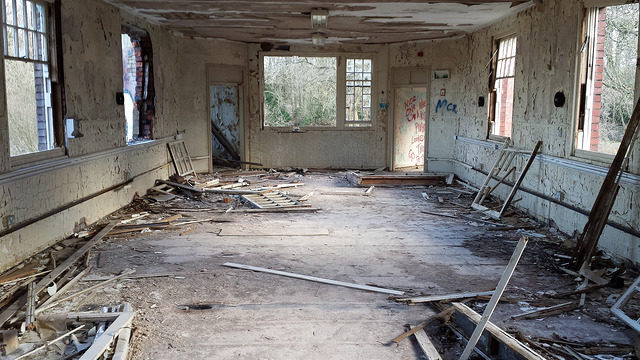 However, in the 1960s, some reports suggested that standards in the hospital had declined. There were patients complaining of boredom, grim surroundings, poor hygiene, and a distinct lack of comfort.

In 2005, the hospital was considered to be the dirtiest in Britain. Inspectors found cigarette burns on floors, graffiti on the walls, filthy bathrooms, and soiled furniture. 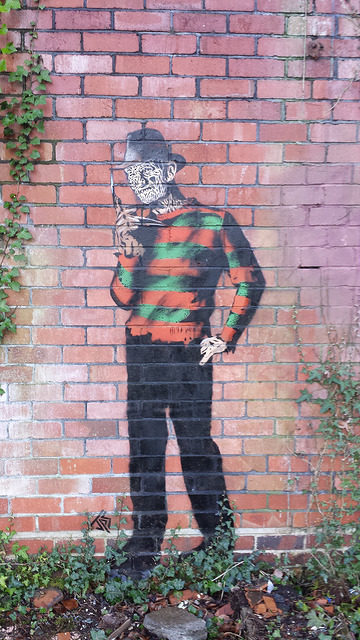 This report, combined with an incident where part of the ceiling collapsed onto the head of a patient, led to the eventual condemnation and closure of the facility.

After being shut down, the hospital buildings were largely neglected and began to decay. The only solution was to demolish the hospital, and as of 2017, the hospital has been entirely razed and replaced with new housing.

« Windsor Ruins: Mark Twain mentioned it in his memoir “Life on the Mississippi,” years before it burned to the ground
Friern Hospital – It once Housed Jack The Ripper, Now Home To Various Pop Stars »