Close to the village of Hellingly, East of Hailsham in the county of Sussex, England, once stood Hellingly Hospital mental asylum. It came to exist in order to help the Sussex County Asylum at Haywards Heath in its everyday overcrowding problems. It was also known under the name of East Sussex County Asylum.

Overcrowding was a serious problem at the turn of the twentieth century, and the County Council needed to be able to spread resources and patients among these hospitals. 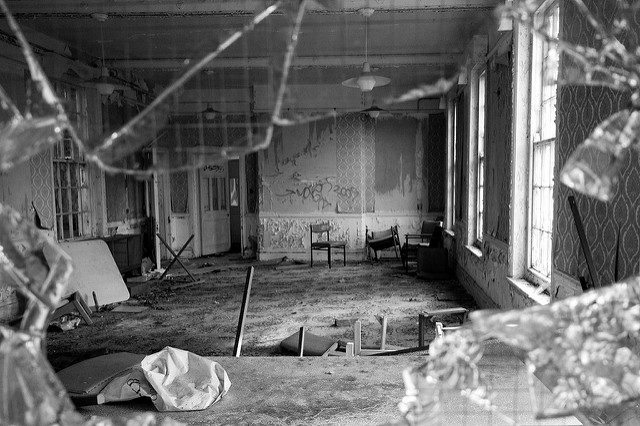 Through the broken glass. Author: peter castleton. CC BY 2.0

The 400-acre Park Farm estate and the railway station was purchased from the Earl of Chichester for a total sum of £16,000. The hospital’s construction began in 1898, and it opened its doors for the first time on July 20, 1903.

The Lunacy Commission placed the design of Hellingly in the hands of George Thomas Hine, a consultant architect that specialized in asylum architecture. The total cost of building the Victorian hospital, including the electric tramway used to transfer coal to the boilers and the electricity plant, was £353,400 (equivalent to about £42 million, or $54.5 million, today). 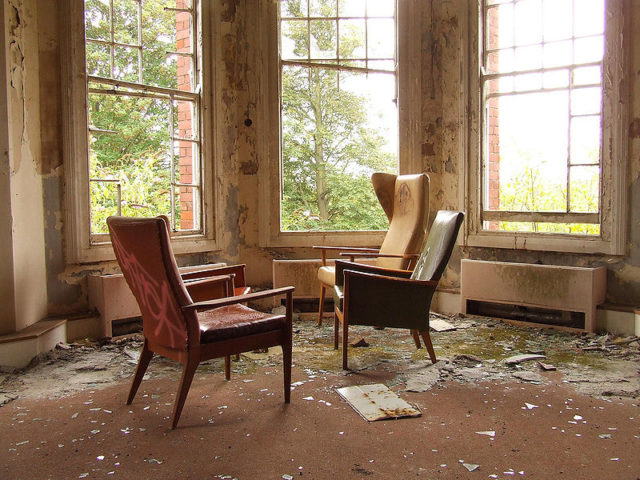 The Hellingly Hospital campus was a self-contained community. Some patients would work on the farmland to produce food for the hospital as part of their rehabilitation. The kitchens, stores, administrative block, and recreation area, all linked by a network of corridors, formed the main complex.

As was the case with other asylums at the time, naturally the male and female patients were segregated, and each of the group had their very own accommodation and work areas. 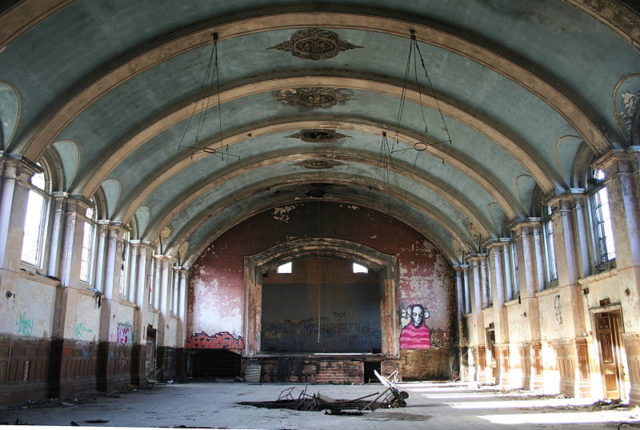 The male wards together with the boiler house, water tower, workshops, and maintenance department stood to one side of the main complex, and the laundry, sewing room, and nurses’ accommodation were close to the female wards.

There were also two driveways that the estate plan incorporated. The first one was lined southwest and included the medical officers’ residences plus the acute hospital. The second driveway started south, then routed via the farm, male farmworkers’ villa and ended at the married attendants’ cottages. 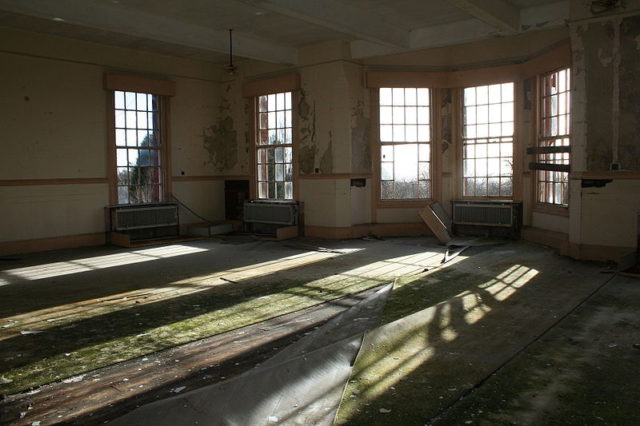 A chapel was also provided for the use of patients and the staff who lived on the site alongside the patients.

The special hospital’s annex for the acute cases was located to the southwest of the main asylum. Placed in the woods, there was a small hospital to the far-north of the estate, used to house patients with infectious diseases. 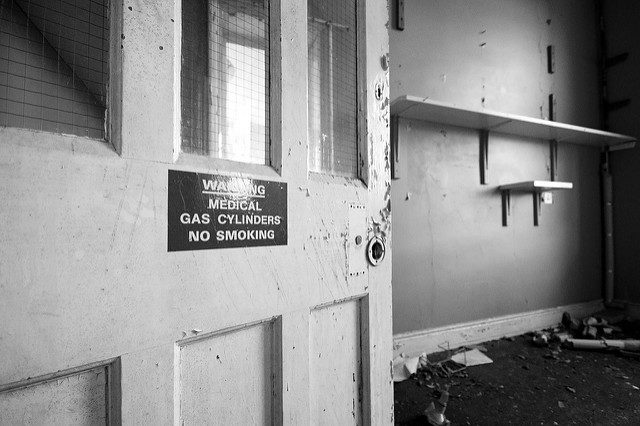 After the war, the hospital underwent a series of renovations which included the addition of a new medium secure unit in the mid-1980s. As with many similar institutions in England at this time, patient numbers were in decline because of changes in the mental health care system. 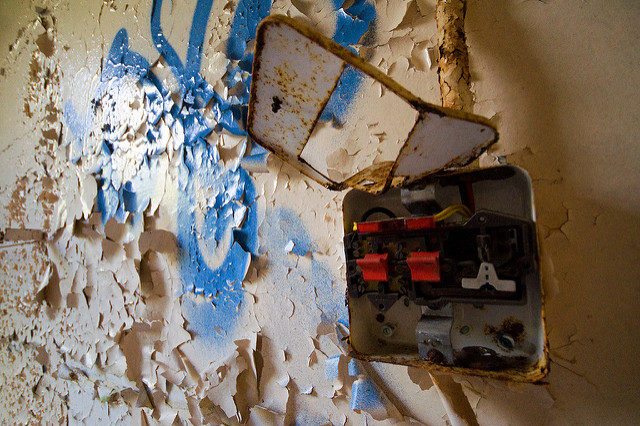 Out of electricity. Author: peter castleton. CC BY 2.0

The railway got closed to passenger traffic in 1930. The train tracks were removed in 1959. By this time the hospital’s boilers were converted from running on coal to oil fuel. 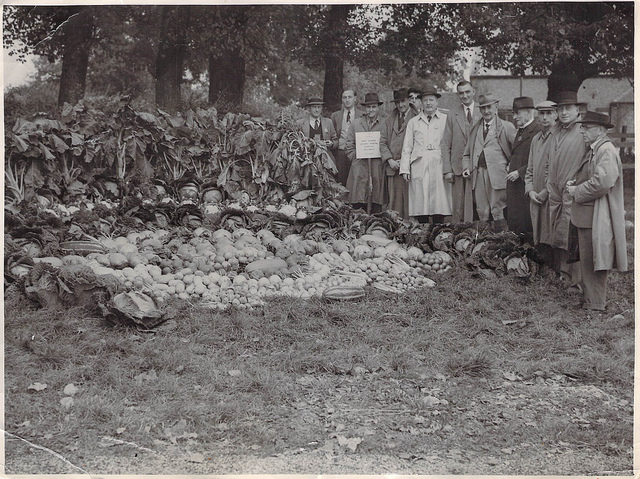 The result of intensive farming. Author: mazadillon. CC BY 2.0

Some 15 years after the closure of the railway the hospital closed in 1994, soon becoming a target of vandalism. It also became a Holy Grail of urban explorers. Part of the hospital complex is still in use by the National Health Service as a medium secure unit called the Hellingly Centre. The old hospital chapel can still be found among the new houses that were built on the former hospital site. 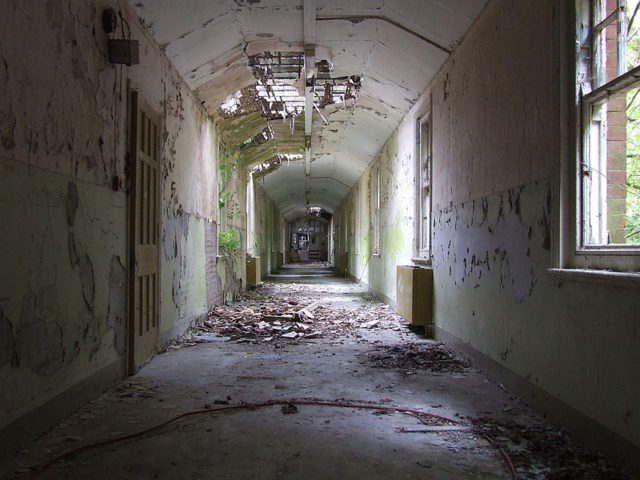 One of the long corridors. Author: Paulio Geordio. CC BY 2.0

Later in mid-2010 efforts were pointed toward clearing the site for the new housing project. The Ashen Hill secure unit established in the mid-1980s east of the main buildings continued to operate on site up until early 2012. 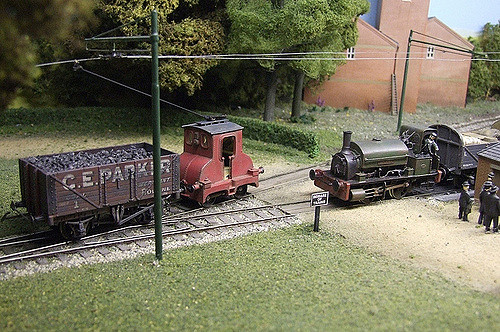 Besides Ashen Hill secure there is another low secure unit is on the site that goes by the name of Southview. It was opened in 2000. The Hellingly Centre is yet another new Medium secure unit that opened in April 2012. This Medium secure unit has some 46 beds that are split between 3 wards at an impressive cost of £17.5 million.

« Holyrood Abbey, Scotland: The ruins of the medieval church that inspired many artists, among them was the composer Felix Mendelssohn
The Haçienda: Manchester’s most famous nightclub and a sanctuary for all the avid music lovers, closed in 1997 and demolished in 2002 »