The Herring Factory in Djúpavík, Iceland

The remote Icelandic village called Djúpavík in the north-west of the country began to flourish in 1917. It was that year that Elías Stefánsson founded the first herring processing station in the village.

His investment in this area made it possible to change and improve local life. The small village of Djúpavík soon became populated with workers in the fish industry and their families. 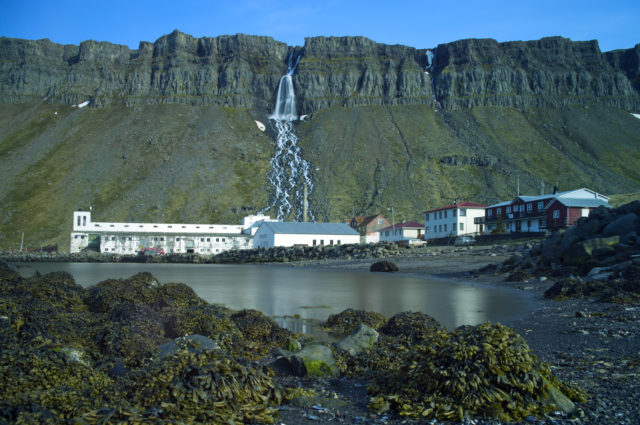 Unfortunately, Elías’s fishing business was scuppered by the economic downturn that started in 1919. The entrepreneur went bankrupt and was forced to close his company. The village of Djúpavík went back to being remote and forgotten.

In 1934, Iceland experienced an economic boom. As a result, a second much larger herring processing plant was constructed in Djúpavík and people began to flock to the once-empty village. Even though there were no churches, police, no mayor, and no shops, people were still willing to live and work here. 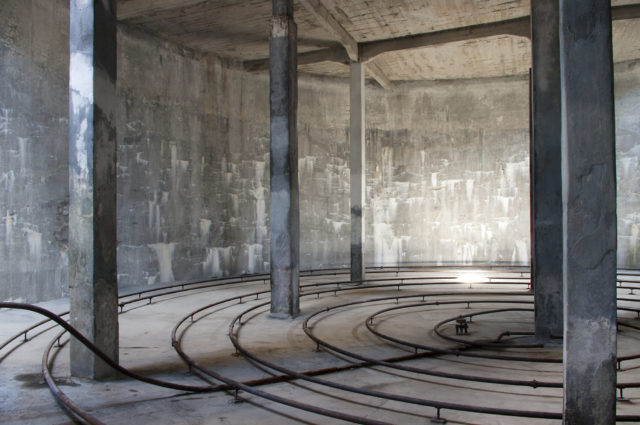 The first production line at the factory came into operation in 1935 after boats with holds full of herring delivered their cargo. The Djúpavík factory soon became the largest herring factory in Iceland and was relatively unique in its design since there weren’t many large concrete structures in the country at that time.

The factory building was on three levels and measured 90 meters (295 feet) long. It was also equipped with the most modern herring processing equipment that was unlike anything else in the country. 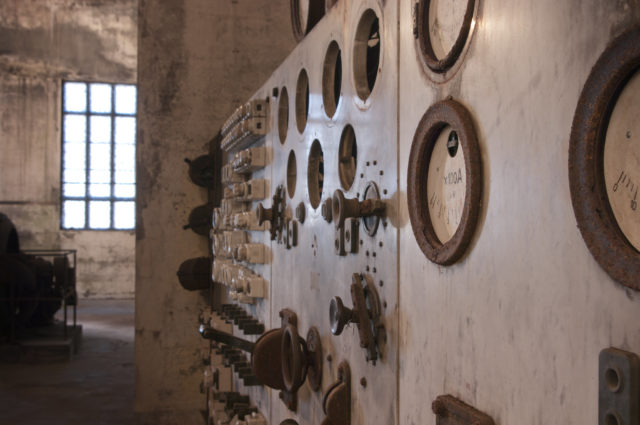 As the factory developed and expanded, more and more people came to work there. Eventually, the factory employed about 300 people, a figure which included office workers as well as those who were directly involved in processing the fish.

Modern equipment in the factory made it possible to process herring and produce fishmeal and oil of excellent quality. Large heated tanks were installed outside the plant, which could store 5,600 tons of filtered oil. This was a new method of producing filtered oil that had never been employed in Iceland before. 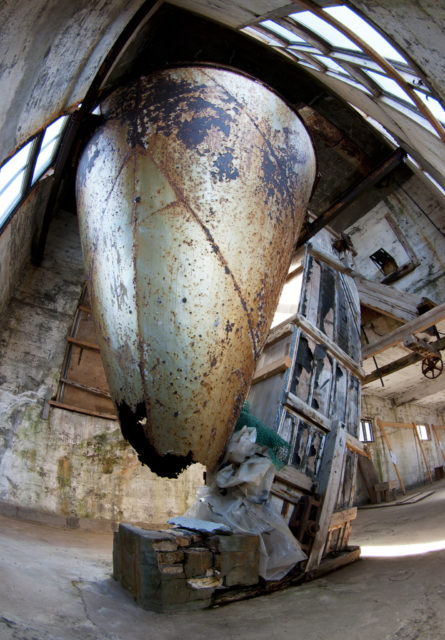 The nearby village developed into a town, and the factory was soon making a decent profit due to its high productivity and the demand for its products.

However, by the end of the 1940s, the fishing industry in this region began to weaken as herring started to disappear from the bay. The factory stocks were slowly declining and the last significant catches were in 1944. 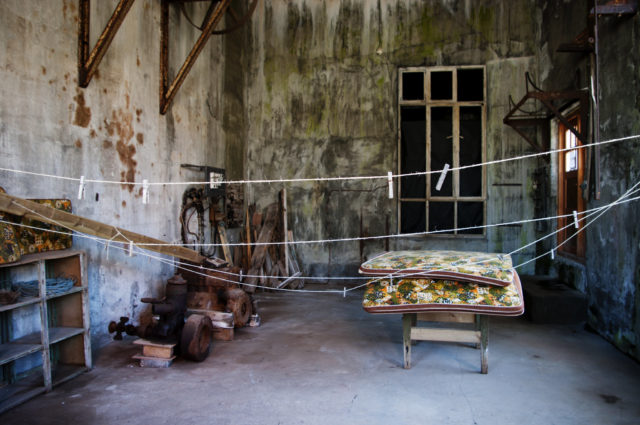 With fish stocks so low, the owners tried to use the building for another purpose, but all their ideas proved unsuccessful. In the end, they were forced to close the plant in 1954.

When it became clear that the fishing industry in this area was over, residents began to leave Djúpavík. Given its isolated location, this Icelandic village was entirely abandoned in 1968 and virtually forgotten once again.

In 1985, Eva Sigurbjørnsdottir and her husband Asbjörn Chorgilsson chose to settle in the village with the intention of reconstructing the former Herring Factory and other buildings. They became the first and permanent residents of Djúpavík in almost two decades.

At the time when the factory was working, a separate building had been built to accommodate the female workers. This building was converted into a hotel for visitors. As well as accommodation, the hotel offers tours of the old factory. Inside the processing plant there are often artwork displays and installations. 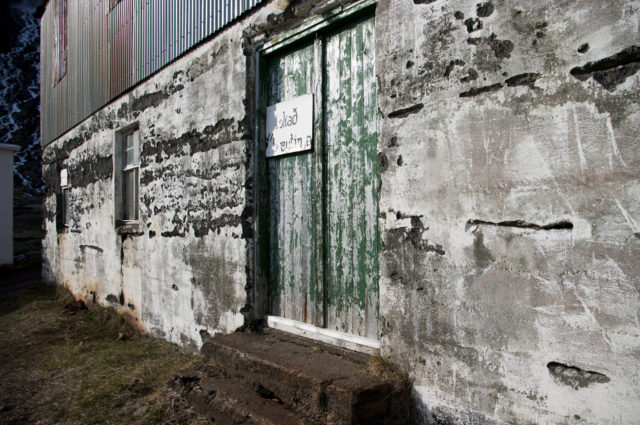 In an effort to draw more people to this remote location, various events and exhibitions are held in Djúpavík every summer. In 2006, the famous music group Sigur Rós held a small concert inside the factory, attended by 300 people.

Halldór Laxness, the 1955 winner of the Nobel Prize in Literature, even set a novel here. The novel Guðsgjafaþula (which translates as A Narration of God’s Gifts) was published in 1972 and follows the fortunes of herring entrepreneurs and their workers. 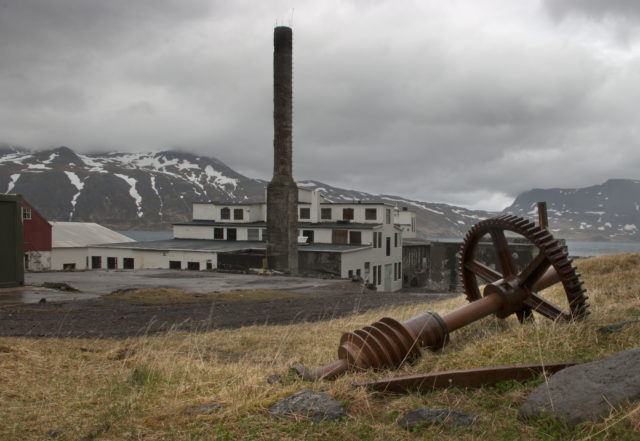 You can keep up to date with the news of this factory-museum via their official website.

Richard Sercombe is the owner of the photographs in this article. A big thank you to him for giving us permission to use them. He specializes in environmental portraits, architectural photography, designs for print, and urban night photography. Check out his Flickr account and website. 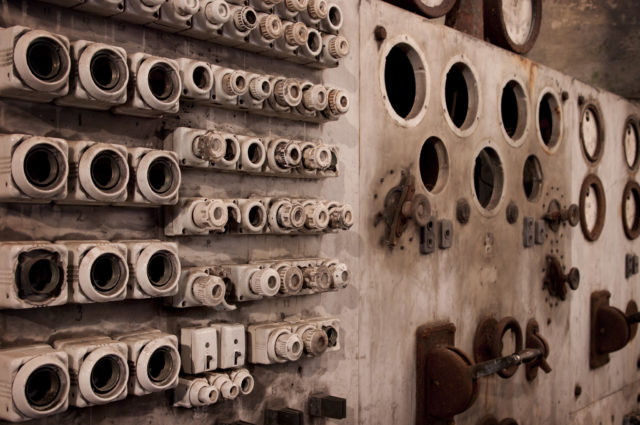 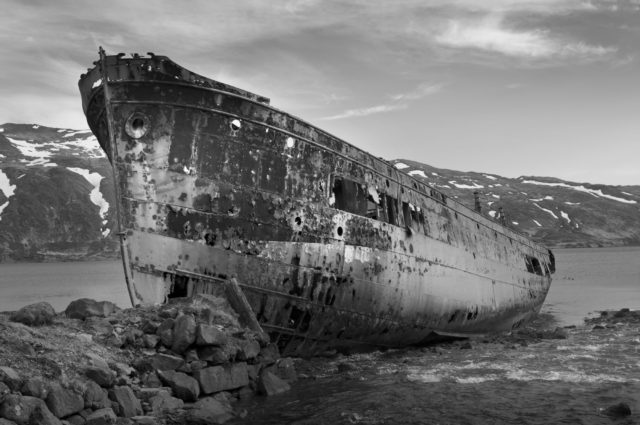 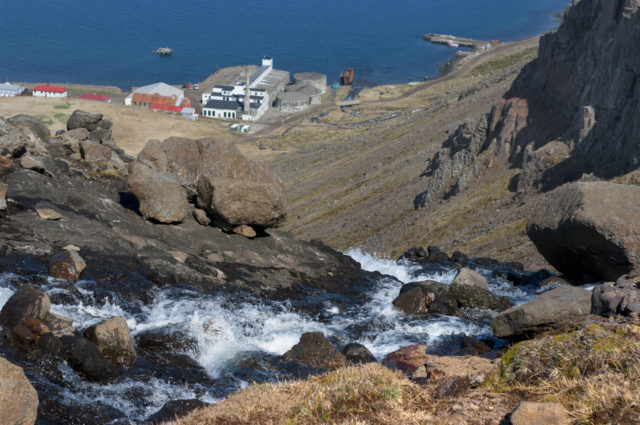