It was one of Hitler’s most ambitious projects, and today it is a favorite topic among conspiracy theorists, historians, and amateur and professional archaeologists alike.

Because it was never completed, the precise purpose of this enormous undertaking is still a matter for debate.

However, it is generally agreed that Allied bombing attacks encouraged the Nazis to seek to move their armaments, factories, and headquarters underground. The location that they settled on was the Owl Mountains and the Książ Castle.

Map depicting all of the tunnels and the size of the overall project. Author: Reytan Public Domain

This part of the world was under German control during the Second World War but today is part of Poland’s territory. Hitler chose Albert Speer, his Minister of Armaments and War Production, to run to project. 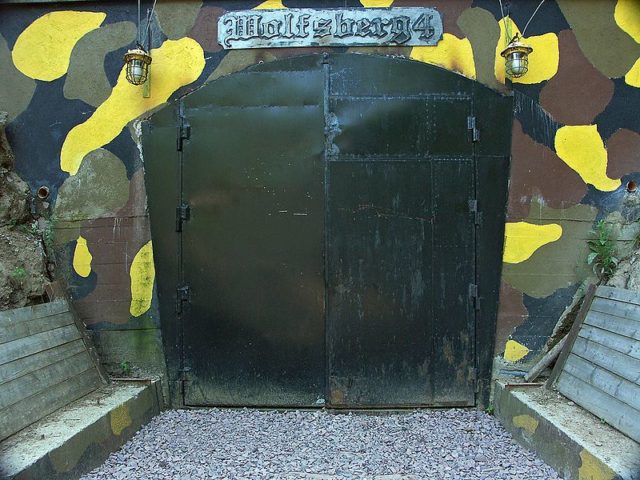 Given the size of the project, the Silesian Industrial Company, which had been specifically shaped for this scheme, needed lots of manpower. 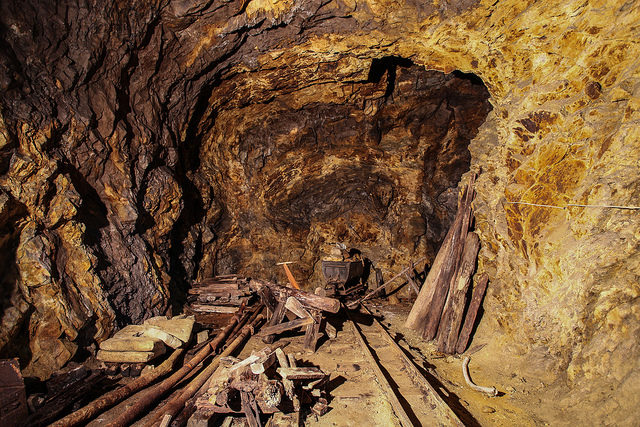 The underground working conditions. Author: Ministry of Foreign Affairs of the Republic of Poland CC BY-ND 2.0

Manpower would be provided by the Italian prisoners and forced workers from the Soviet Union and Poland. The whole operation was ready to commence. The prisoners would do all the hard labor, such as building roads, bridges, ditches, reservoirs, ventilation shafts and so on. 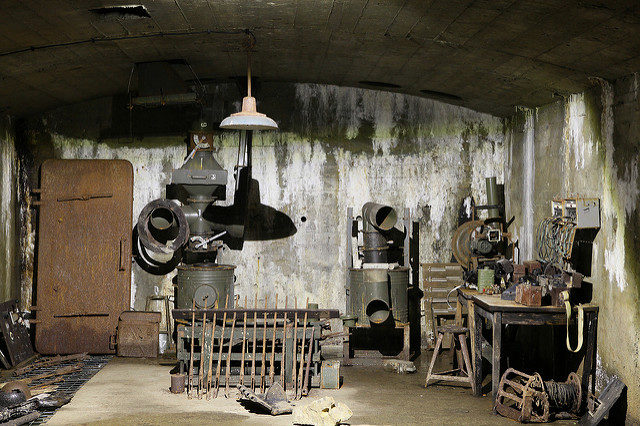 An underground chamber. Author: Ministry of Foreign Affairs of the Republic of Poland CC BY-ND 2.0

The hardest part was the boring of the tunnels, which POWs did under the supervision of consultants from Ukraine and Germany. Work progress was slow as the Owl Mountains were made of solid rock, but for the Nazis, however, this was an advantage as the mountain itself provided natural defense from future Allied bombing. 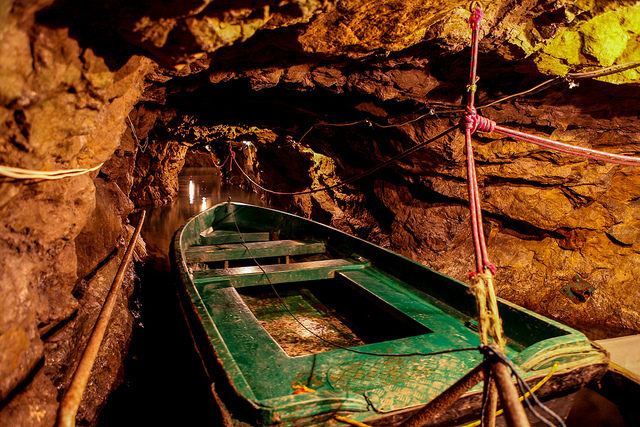 Flooded part of the tunnels leading to a massive handmade cavern. Author: Ministry of Foreign Affairs of the Republic of Poland CC BY-ND 2.0

Additionally, tunnels made from solid rock were more firm, and this allowed for tunnels to be made that reached a height of more than 10 meters, thus creating man-made caverns as big as 6,000 cubic meters. Unknown numbers of enforced workers lost their lives due to the unhygienic and inhumane conditions they were forced to work in. 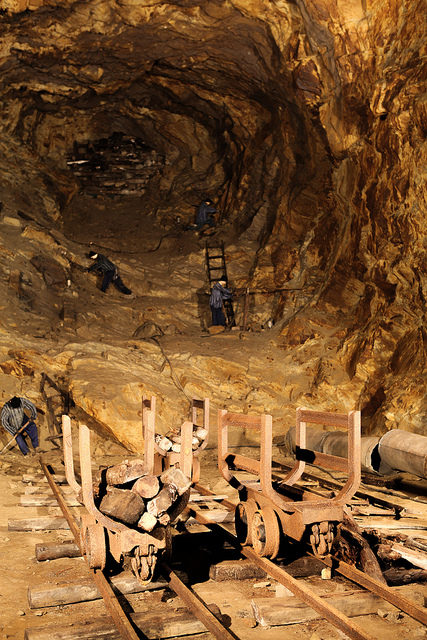 Hitler’s ego and vision, however, were both unsatisfied and so he gave out an order that thirteen more camps were to be constructed and additional force from the concentration camps was to be brought in. They were all guarded by almost 900 SS soldiers. 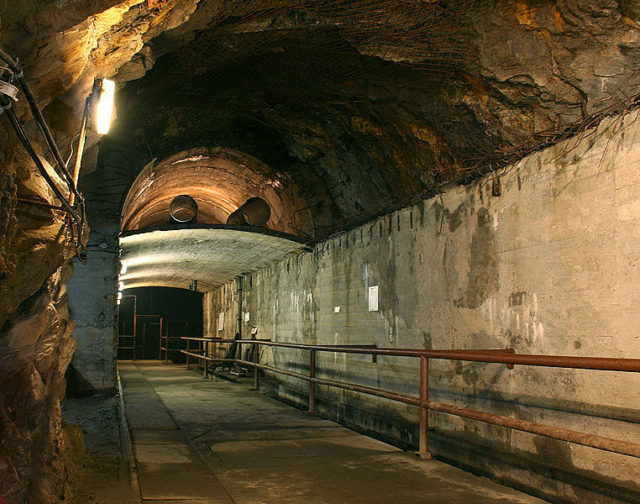 When estimating the number of prisoners used, almost 9,000 were identified but the countless others, all of whom were Jews, remain lost and unknown in this cruel act of genocide. There is a rough number of almost 5,000 unidentified people who lost their lives during the construction of these tunnels, with some having been executed when they were caught trying to escape. 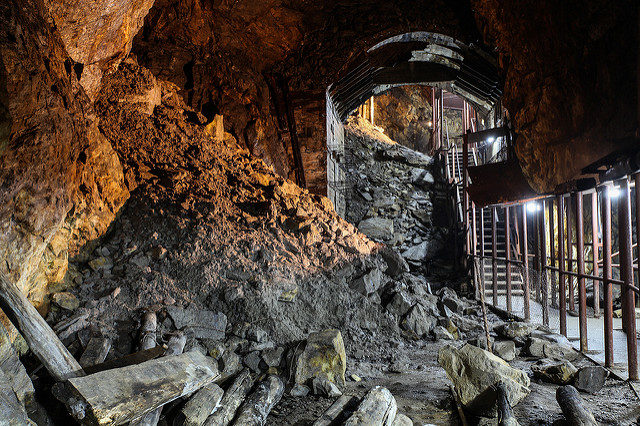 Into the tunnels. Author: Ministry of Foreign Affairs of the Republic of Poland CC BY-ND 2.0

Towards the end of the war, as the Red Army slowly made progress towards the area, the Nazis had no other choice but to abandon the project and retreat. Many of the prisoners were left behind and the majority of them were sick from typhus and all of them hungry, weak, and malnourished. 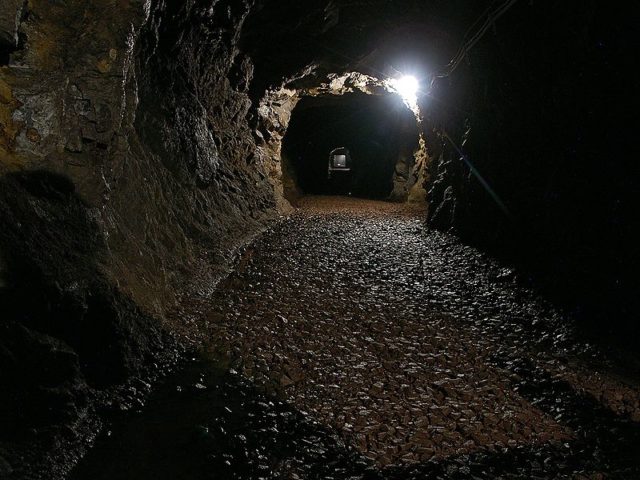 According to many, the project was abandoned in its infancy as Hitler had even bigger and more ambitious plans. Part of Hitler’s vision was the Książ Castle, which before the war was owned by Hans Heinrich XV and his spouse Mary Theresa Olivia Cornwallis-West, otherwise known as Princess Daisy. 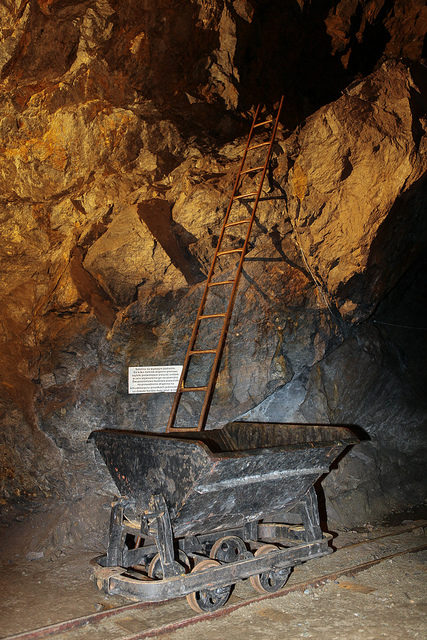 Part of the mining equipment. Author: Ministry of Foreign Affairs of the Republic of Poland CC BY-ND 2.0

As time went on, the two fell into financial troubles and the Nazis, seeing this as a perfect opportunity, seized the castle. 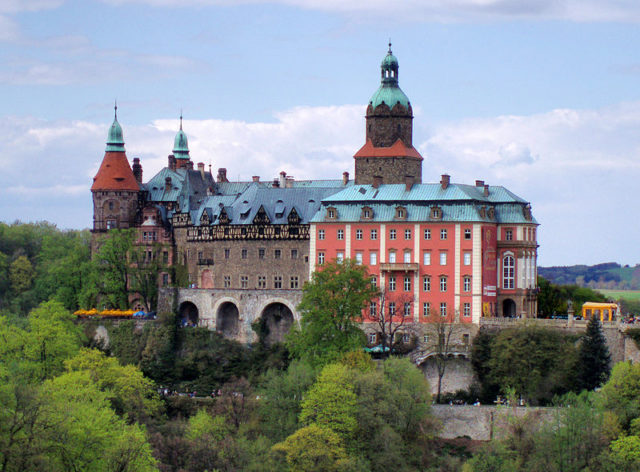 Pretty soon the castle took on an entirely different shape as Hitler had ordered elevator shafts and different tunnels to be built that would radically improve the building’s overall security in case of an emergency. The room that is believed to be the one used by Hitler had direct access to one of the elevators that went all the way down to the secret tunnels, and these tunnels are believed to be connected to the rest of the tunnels. 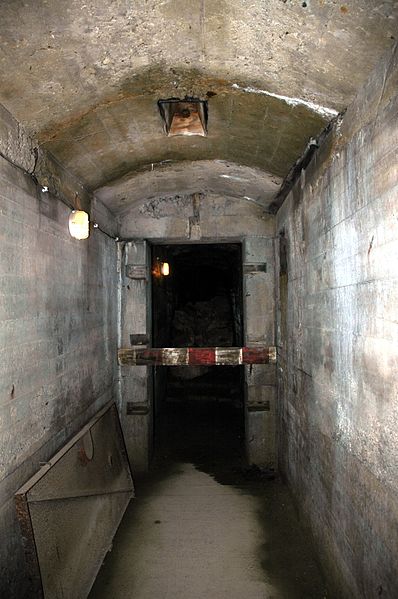 Other research suggests that these tunnels are the final resting place of the famous Nazi Gold Train. It is widely thought that in one of these tunnels the Nazis hid tonnes of gold in a couple of train wagons but as of yet this remains to be seen.