Right underneath the feet of the unsuspecting citizens of High Holborn in London lies a relic from a time when the world was in a state of geopolitical tension. A relic from the Cold War era, it is the Kingsway Telephone Exchange.

It was built in the early 1940s beneath Chancery Lane tube station as a deep-level air-raid shelter. Just like the rest of the deep-level shelters, it was not used for its initial intentions. 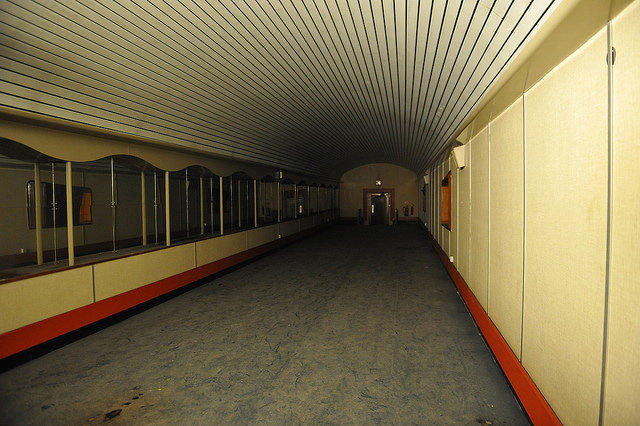 Another of the tunnels. Author: John Pannell. CC BY 2.0

Many of these shelters were repurposed once they were acquired by the government, and this one served as a communications center. Additionally, it was used as an archive for the Public Records Office between 1945 and 1949. 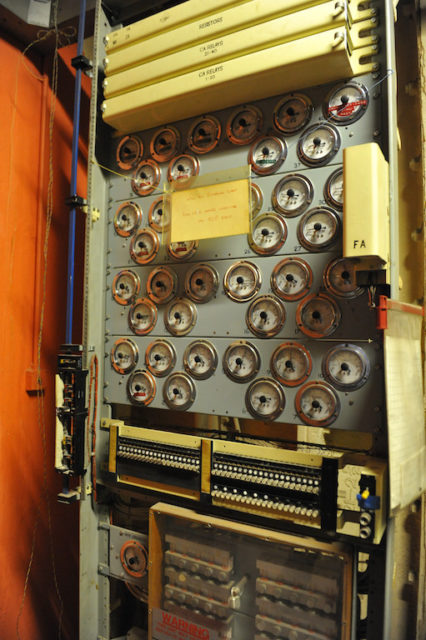 Another piece of equipment. Author: John Pannell. CC BY 2.0

The original two-tunnel shelter was extended with four more new tunnels added at right angles to the original ones. This undertaking was completed in 1954. In 1956, two years later, the shelter became the UK termination point for TAT-1, the first transatlantic telephone cable.

For more than three decades, beginning in the 1960s, the shelter served as the Kingsway Trunk Switching Centre and repeater station. During its best years, the Post Office engineering staff numbered around 200 people. 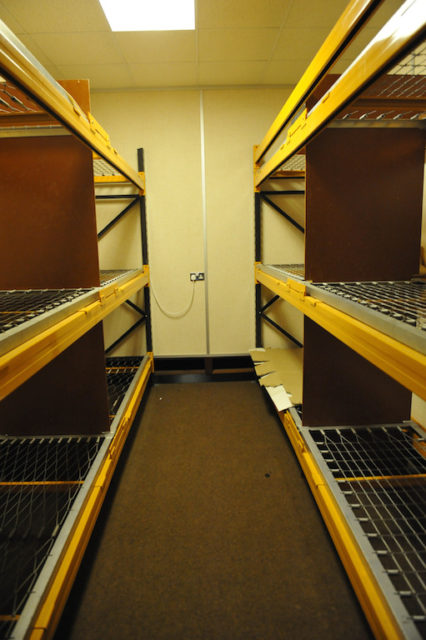 Besides the termination point for TAT-1, located on site was also the Radio Interference Investigation Group, who worked to prevent interference between television, radio, and external sources (thermostats, fluorescent tubes and injection moulding equipment). The first radio paging terminal was installed on the site in the 1970s.

This telephone exchange also served as the Cold War hotline that connected the Presidents of the United States and the USSR. 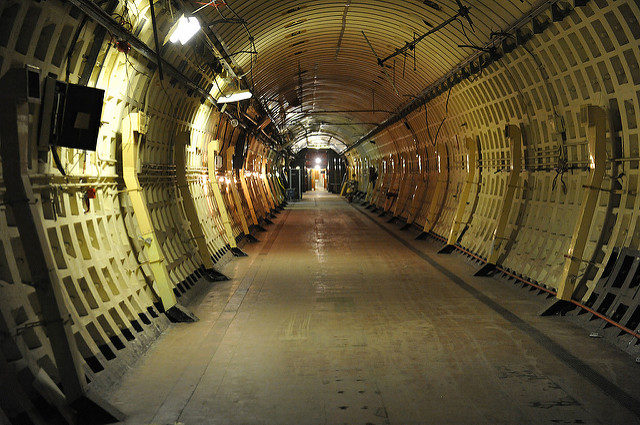 One of the Kingsway’s tunnels. Author: John Pannell. CC BY 2.0

Deep inside the shelter, there was also a fully licensed bar and a staff restaurant, as well as a tea room and games room. The bar was the deepest in the United Kingdom, located 60 meters below street level.

The site also featured an artesian well and rations to provide for hundreds of people for many months in case of nuclear attack. The shelter was built to withstand a nuclear blast.

Just as a depiction of how big this place is, back in its functional days the employees gave names like Third Avenue, The Dog’s Leg and By-Pass Alley to the different passageways. The total length of the switch board cable was 542,349 meters. 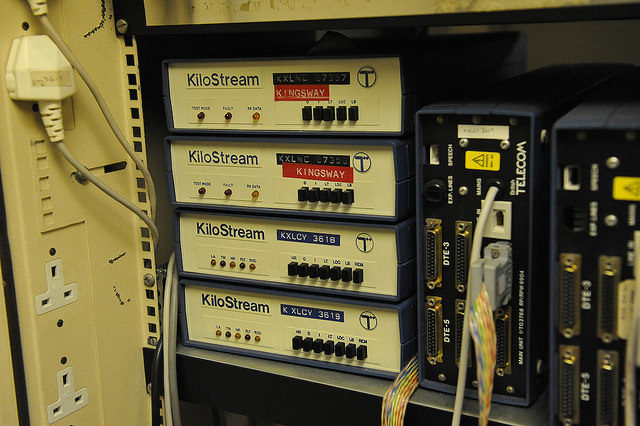 Modernization of the trunk systems progressed and the system grew better with each successive year and the shelter was fully functional until the 1980s. 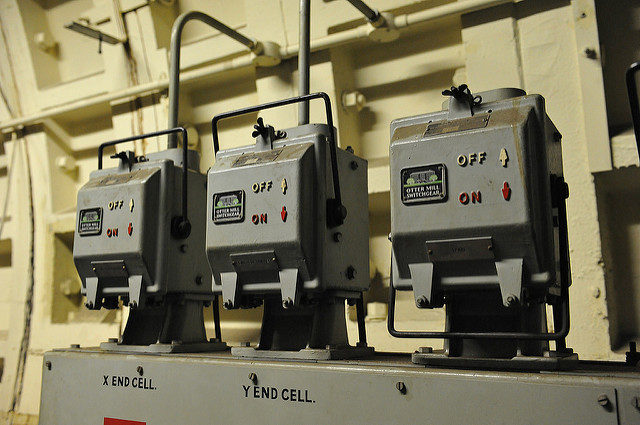 However the end came to Kingsway Telephone Exchange when the digital network appeared on stage, making the old trunk systems obsolete. The closure of the site occurred in stages. After the site was closed, a large amount of blue asbestos, which is highly hazardous to human health, was found on a site.

In 2008, British Telecom came forth with the announcement that the tunnels are up for sale. 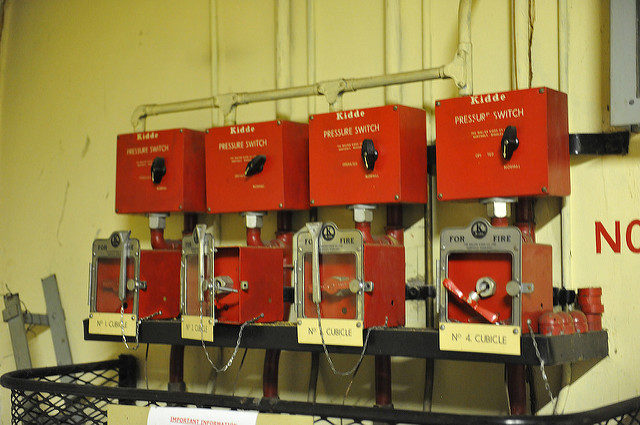 The Kingsway Telephone Exchange has two possible entrances. The first one is right next to a shopfront at 32 High Holborn and the second one is up the Furnival Street. There was a third unofficial entrance which includes a combination of ventilation towers and a passenger lift at Tooks Court, though this entrance was demolished in 2001. 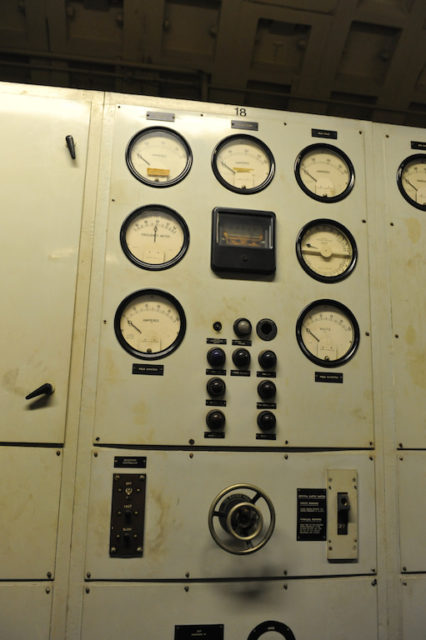 Part of the equipment. Author: John Pannell. CC BY 2.0

This place is so significant of that even BBC News, The New York Times and ABC News have written articles about it.

The Kingsway Telephone Exchange is but one of the many London deep-level shelters, all of them built during the Second World War. And even though millions of people thrive above these shelters, few suspect what lies beneath it all.