The now-defunct coal-fired power station located at White Bay in Rozelle, a suburb of Sydney, Australia, was the longest serving power station in the metropolitan district of Sydney. It was commissioned in 1912 by the New South Wales Government Railways, and operated until the early 1980s. White Bay Power Station and the surrounding area has been earmarked since 2014 for redevelopment under the Bays Precinct urban renewal project. Today it still stands empty.

This 9.4 acre heritage listed site, created to meet the demands of the expanding Sydney rail network and electric tramway, was designed in the Federation Anglo-Dutch architectural style. It became operative in 1917, and was twice expanded and re-equipped — from 1923 to 1928, and 1945 to 1948 — in response to the growing needs of the local population. 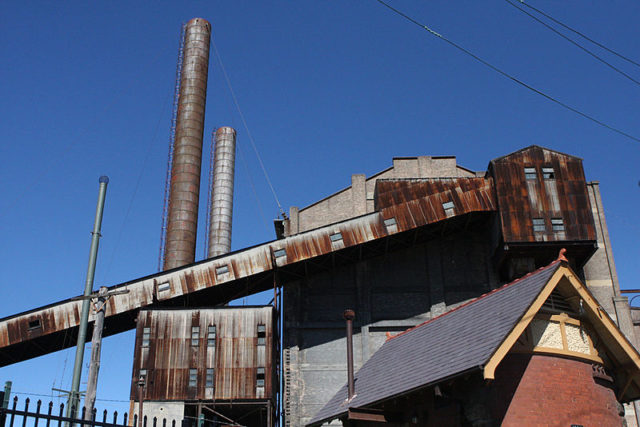 Close-up on one of the buildings. Author: Eva Rinaldi – CC BY-SA 2.0

The New South Wales Government Railways ran the plant until 1953. Control then passed to a newly-formed state authority, the Electricity Commission of New South Wales, which became Pacific Power following regulatory changes in 1995. 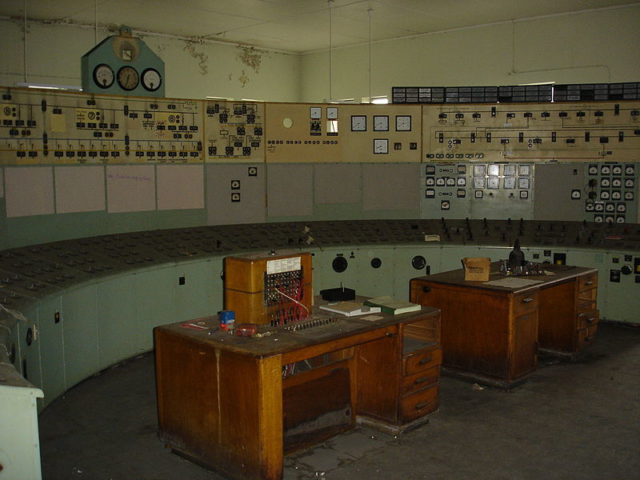 Following it’s decommissioning, including an extensive program of asbestos removal and decontamination, the power station site was purchased by the Sydney Harbour Foreshore Authority (SHFA) in 2000. The SHFA have an ongoing conservation management plan in place, but the future of this building complex is still uncertain.

Aside from the odd special event guided tour run by the Historic Houses Trust, the site has been closed to public access since the 1980s due to safety concerns. However a must-see virtual tour is available on The Bays Precinct Sydney website to allow everyone to explore the preserved sections. 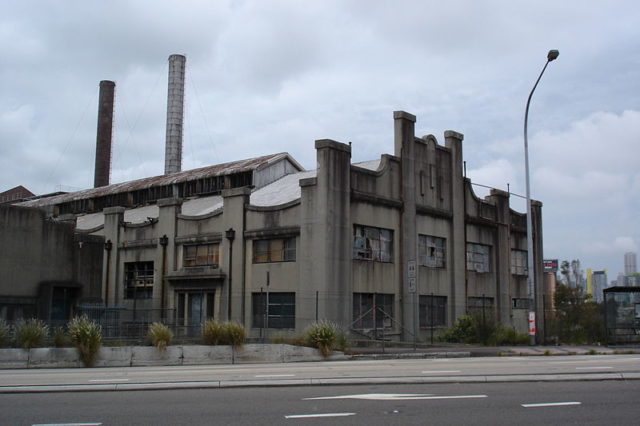 White Bay was initially equipped with three 750 rpm 25 Hz turbo-alternators, constructed by British manufacturers Willans & Robinson Limited, and Dick, Kerr & Co. They provided a combined output of up to 28.5 MW. The first 50 Hz alternators were installed during the 1920s in an expansion known as B Station. These units began to fail after two decades of use, and were out of service by the mid-1950s.

The third stage of technological development occurred between 1945 and 1948. All the original 25 Hz equipment was removed and was subsequently replaced by 50 Hz machines. 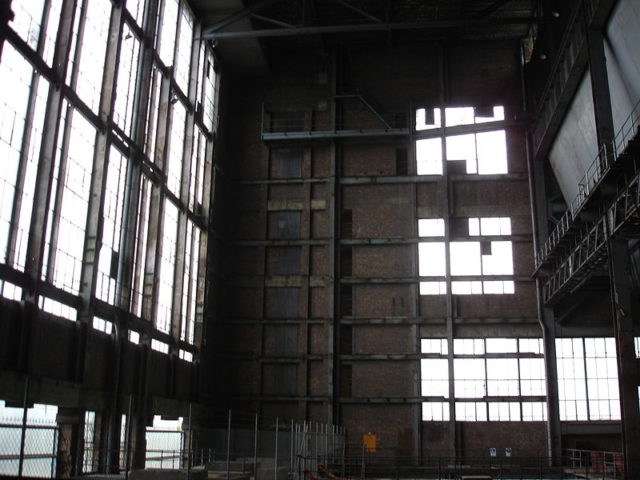 When the third stage finally became operational in 1958, the maximum power of the station output reached 186 MW. However, this was much later than planned and the Electricity Commission of New South Wales continued to erect newer power stations. As a result, from 1970 White Bay became a peak load supplier, which meant that it was used only when the demand for electricity was high.

During 1982, there were a series of power shortages and the station returned to frequent use, but not for long. On December 25, 1983, the station’s equipment was shut down for good. 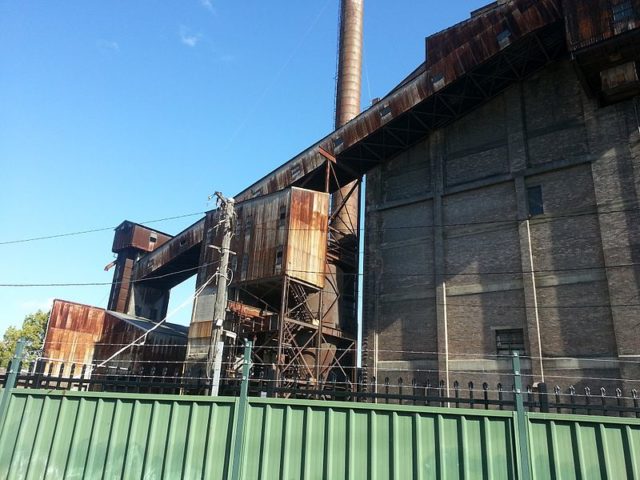 White Bay Power Station was left derelict with much of the equipment still in place, and drew the attention of a number of urban explorers and photographers. It found a new lease of life as a movie location, first for Antony Hoffman’s sci-fi flop Red Planet (released in 2000). 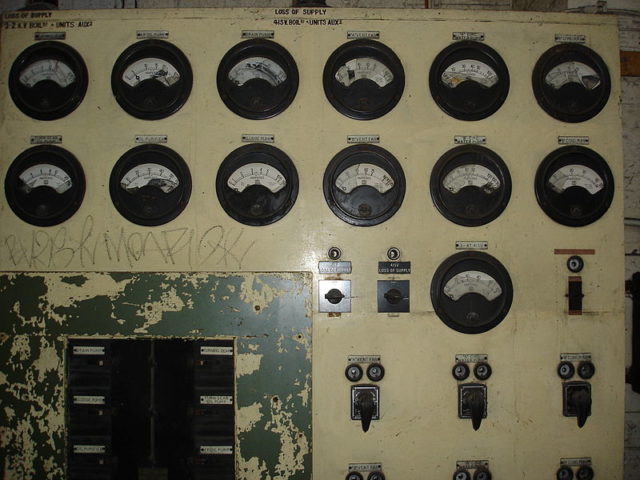 The location reached a wider audience when it was discovered by the crew of the Wachowski Brothers The Matrix Reloaded (2003). It became the power station that the Keymaker declares “must be destroyed” to give Neo a chance of opening the door to the Source — “No electricity, no alarms.” A staircase that was erected inside the boiler house for The Matrix Reloaded later became part of the set for The Great Gatsby.

The power station has also been used as the setting for a number of Australian advertisements and television series over the years. 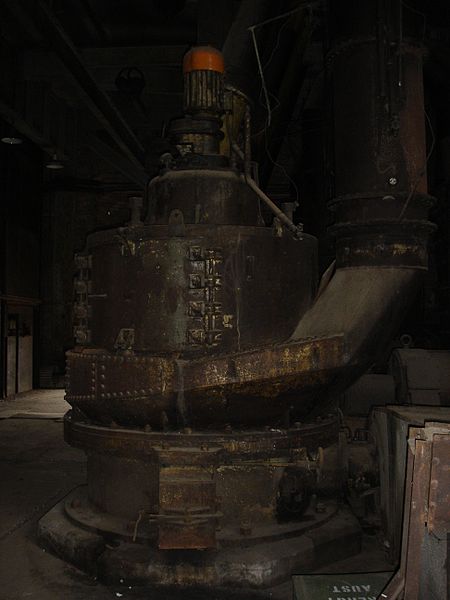 As part of the Bay Precinct program, the New South Wales Government plan to turn White Bay into a Silicon Valley style technology hub. Negotiations with Google to relocate their Australian headquarters to the site fell through in April 2017. According to ABC News, Google’s pull-out was due to lack of public transport, coupled with planned building projects close to the site. 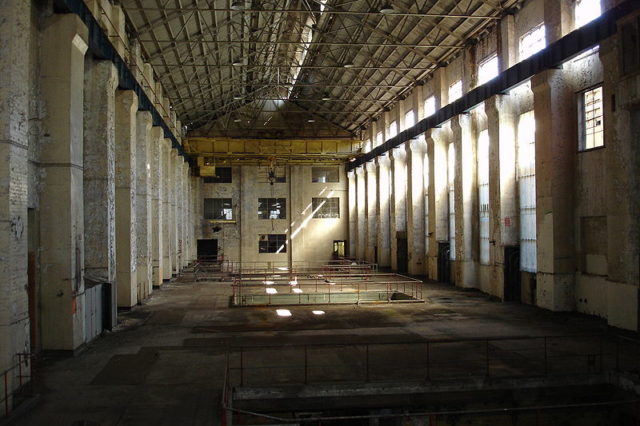 White Bay is still waiting to be refurbished. It was reported by The Financial Review in February 2018 that the power station redevelopment will be further delayed because it is to be used “as a heavy vehicle marshaling area for the WestConnex motorway project,” a controversial road building scheme that could take several years before work on the ground gets started.