Berov Manor House was built in the early 1770s on the outskirts of the Aleksinsky district of Petrovka, Russia. This area was chosen for the construction of the house because it was a picturesque location overlooking the banks of the Oka River.

This abandoned house was originally associated with Ivan Petrovich Tyufyakin, a member of a distinguished, noble family. He was a descendant of Rurik, somewhere within the region of the 27th generation. The noble family of Tyufyakin was very wealthy and owned a substantial amount of land. Ivan also managed the imperial palaces and gardens in Moscow. 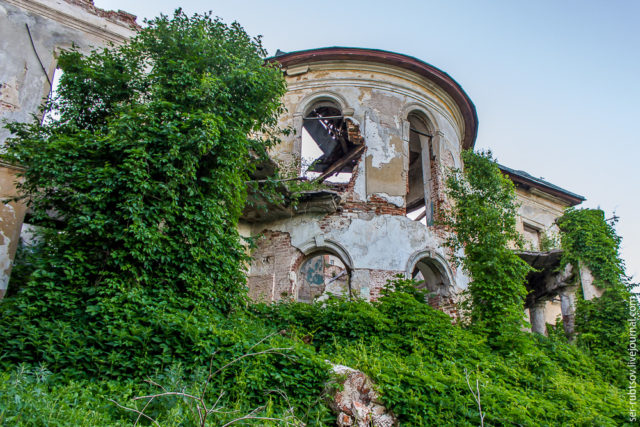 In 1763, Ivan inherited two villages from his father – Kovsha and Serednyaya, both in Kaluga County. The location he later chose for his estate was not far from these villages, on a spot that commanded impressive views of the nearby river Oka.

Initially, this estate was named Peter’s Manor. It didn’t become Berov’s Manor until it was in the hands of its final owners. There is an assumption that Ivan, the first owner, gave the estate such a name in honor of either his father or his only son, since both of them were called Peter.

The estate is built in a Classical style, and the main building can be divided into two distinct parts, the first of which opens onto the courtyard. When standing in the courtyard, it was possible to observe the four wings which were symmetrically located on either side of the building.

The courtyard itself and surrounding buildings were remarkably simple. The facades offer virtually no architectural decorations except for two pairs of columns that were installed to support balconies above. 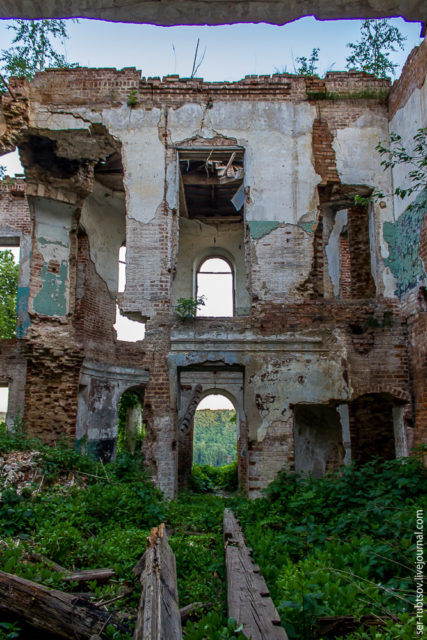 The second section of the building is that part which faces the Oka River. On this side, the building was constructed in the form of a half-rotunda and a Doric colonnade runs around it. On the second floor, balconies were installed that would allow the manor’s residents to appreciate the magnificent view of the river.

Behind the half-rotunda was a round hall, which was covered with a dome. 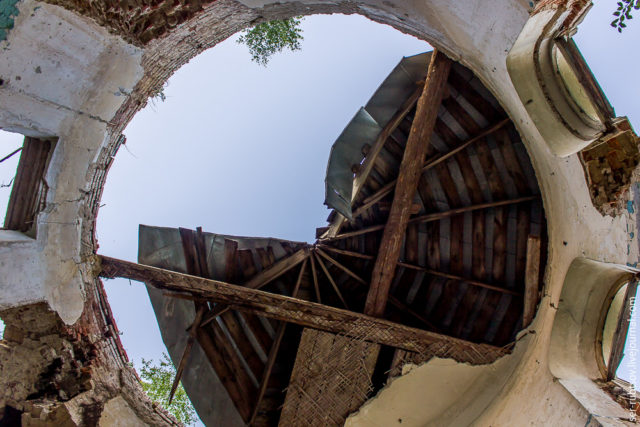 The remains of the dome as seen from inside the round hall. Author: Sergey Rubtsov – LiveJournal @ser-rubtsov

After Ivan passed away, the estate came into the hands of his son, Pyotr Ivanovich Tyufyakin. Pyotr was quite famous in his own right as the director of the Imperial Theaters in Moscow and St. Petersburg. In addition, he was a childhood friend of Alexander I.

At the beginning of the 19th century, Peter’s Manor passed into the possession of Barbara Gurko, who was known for being a member of one of the most cultured noble families. Barbara had close ties with prominent members of Russian culture. She was also well-known because of her love of literature, science, and art. 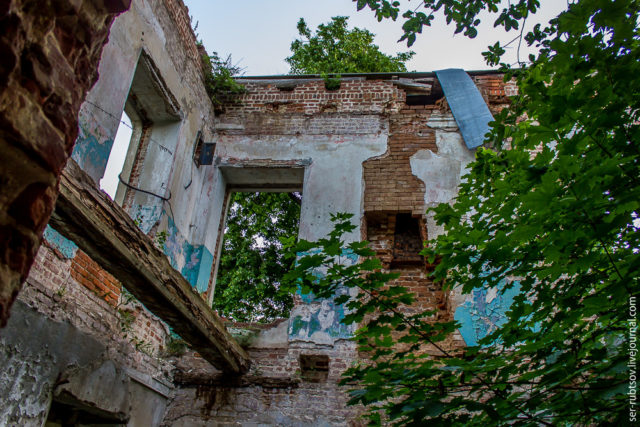 In 1838, Barbara passed away, and the ownership of the estate passed to her husband, who was a major general. Until 1860, he took care of his estate, but after he departed this life too, ownership passed to his son, Alexander Gurko. Alexander was the governor of the Provincial Chamber of Control and was renowned not only for his political activities but also for his charity work.

In the 1910s, the Gurko family was forced to put the estate up for sale when they fell into financial difficulties. The new and final owner was Vladimir Ber. He was a district leader of the nobility and played a significant role in local government. Thanks to his education and his passion for the arts, notable figures from the worlds of art and literature often visited his estate. 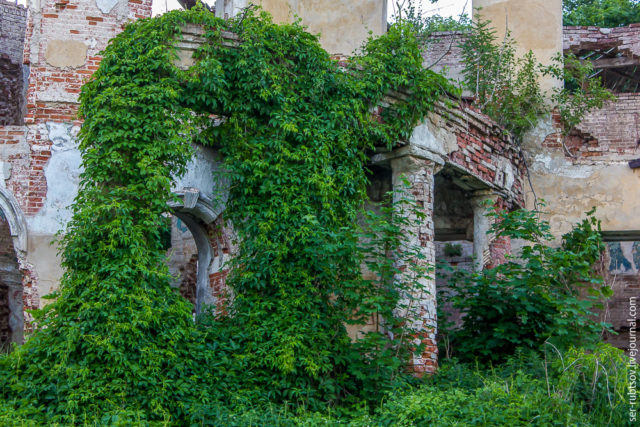 After the 1917 revolution, Ber lost all his rights to the estate, and the building became a holiday home for one of the people’s commissariats. Berov’s Manor was then transformed into a school in 1928, after which it was also used as a vocational school and a dormitory. 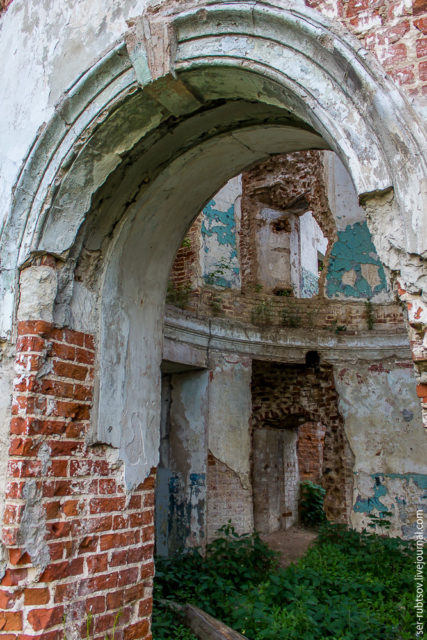 Currently, the estate has fallen into ruin and has no one to care for it. Over time, the dome in the round hall has partially collapsed and the walls have become covered with greenery. The overall architectural style is still evident, but any fine details on the facade and other decorations have been lost.

Instead, the abandoned building is now surrounded by natural beauty, and it is still possible to take in the amazing view of the river from this place. 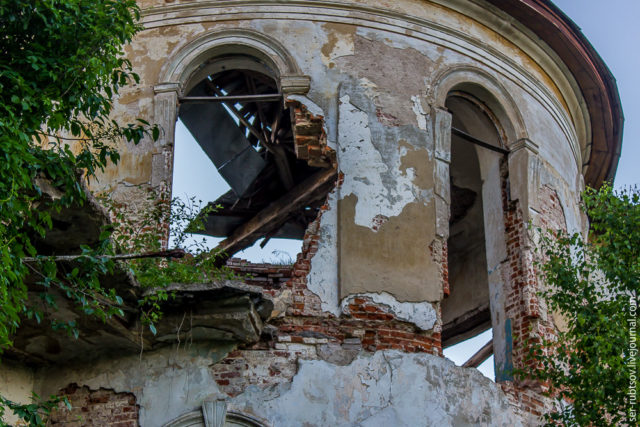 The owner of these fantastic photographs is Sergey Rubtsov who lives in Tula and dedicates his LiveJournal blog to the abandoned places of his hometown. Mostly, he visits old manors and churches.

Sergey publishes the photos taken during his travels and adds to them the stories and histories about the locations he’s visited. You can check his LiveJournal account and Instagram page to learn more about his travels and photographs. 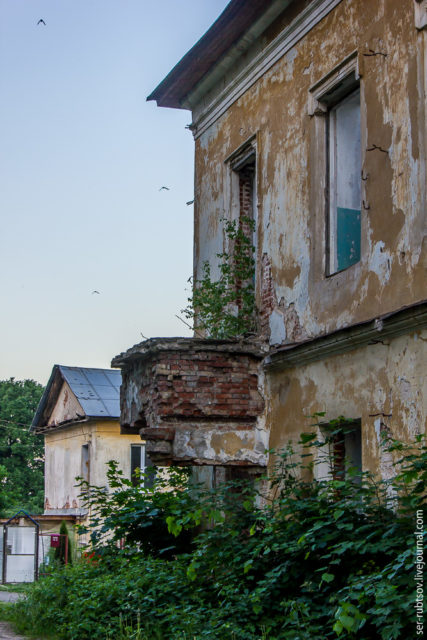 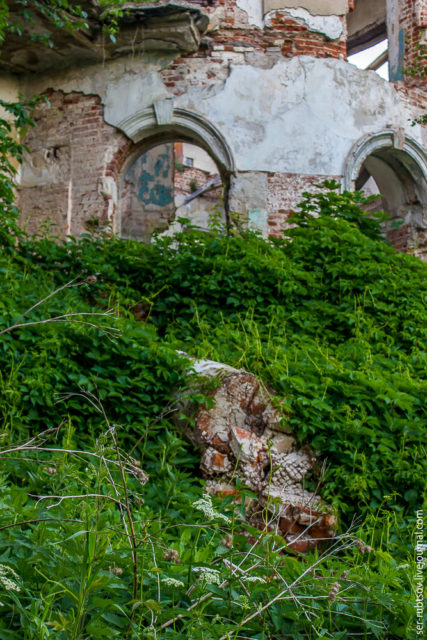 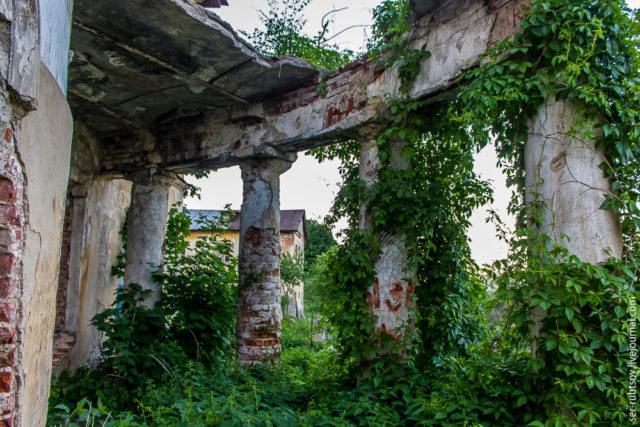 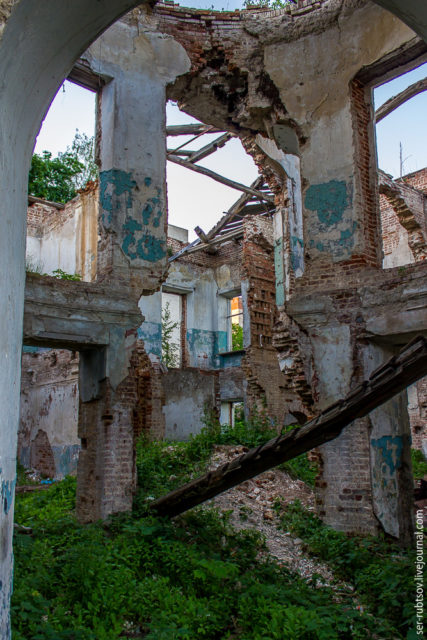 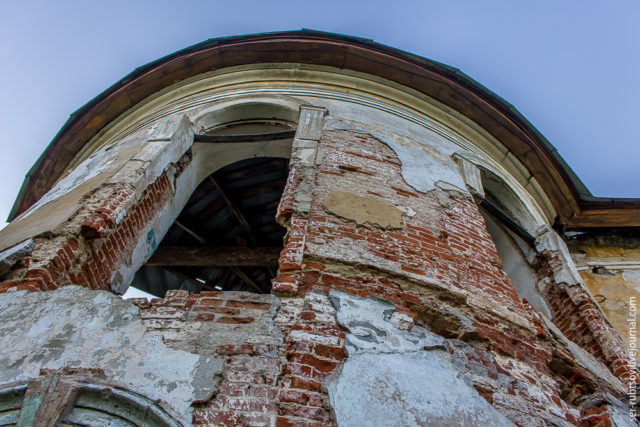 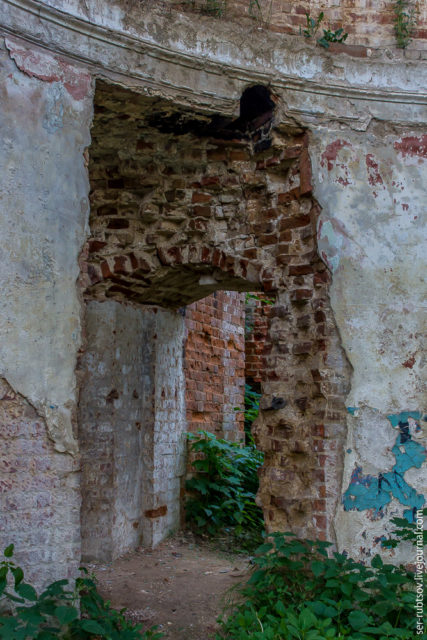 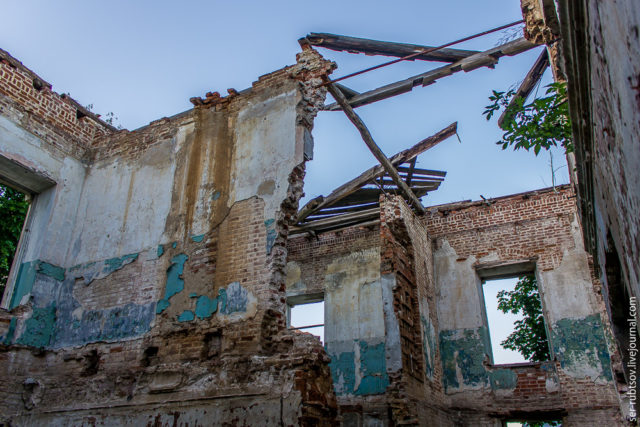