Château Miranda, Belgium: Abandoned since 1991 and doomed for the wrecking ball

Château Miranda is a neo-Gothic castle located near the small village of Celles, in the province of Namur, Belgium. The castle, also known as Château de Noisy (Noisy Castle) was, and still is, a precious pearl hidden in the hilly and forested region of the Ardennes. Unfortunately, since 1991 it has been completely abandoned. Today the castle is in a very dilapidated condition, especially its interior which is crumbling and ruined.

Although the shell of the unique fairy tale look facade still stands proudly, there are sadly no known projects for restoration of the building. In December 2013 the owners of the castle formally applied for a license to demolish and this started in October 2016 with the conical Gothic roof peaks being removed. Half of the picturesque castle has so far been demolished but for unknown reasons the project was halted and now the castle is left slowly falling down on its own. After that, its charm will remain to live only in the memories of the people. Everything has its own beginning and its own end. That is the case with Château Miranda too. 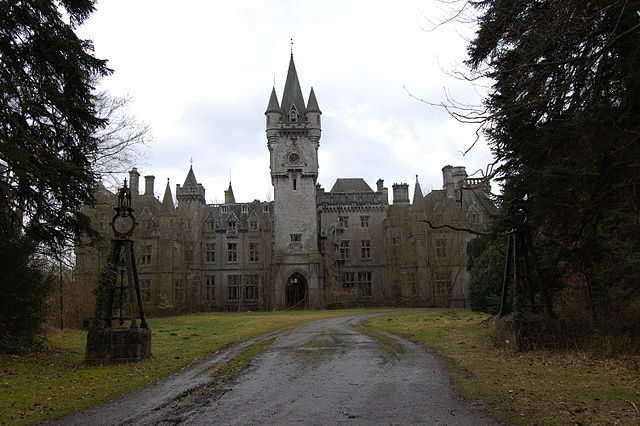 Château Miranda was originally built as a residence complex for French aristocrats who ran away from the guillotine. During the French Revolution the Liedekerke-De Beaufort family, who were politically active and loyal to the French king, were forced to leave their previous home, the Veves Castle in the Wallon region of southern Belgium. After years in hiding, they decided to built their new summer residence at this location. Construction at the property started in 1866 by the pioneering English architect Edward Milner, who was a favorite architect of the Victorian garden movement. He died while the construction was still ongoing. 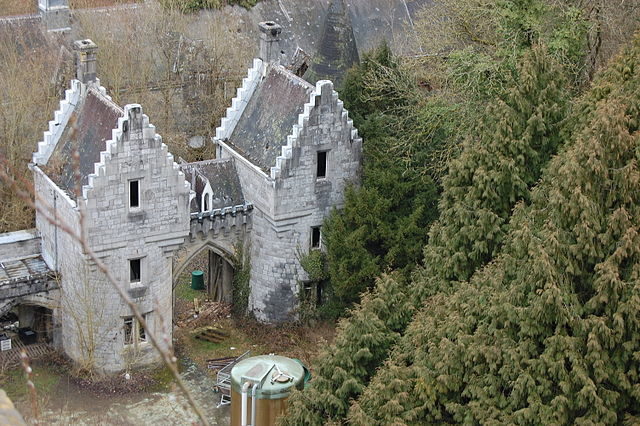 The reasons of his death are unknown and mystery. The construction of the castle ended in 1907, when the 183 feet high clock-tower was completed. That year the Gothic design of the architect’s vision finally came to life. When the castle was built, its design and architecture fused with the landscape to create a scene that could have come out of a fantasy world. 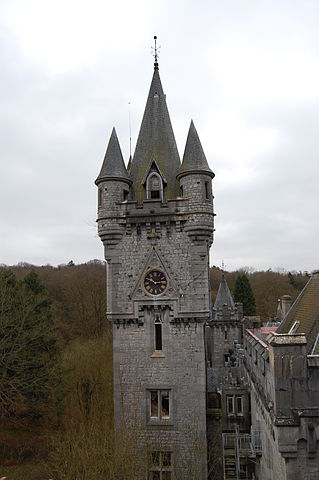 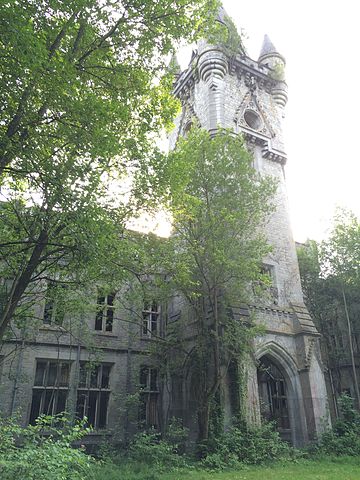 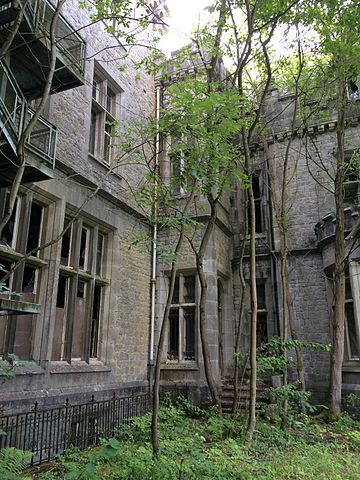 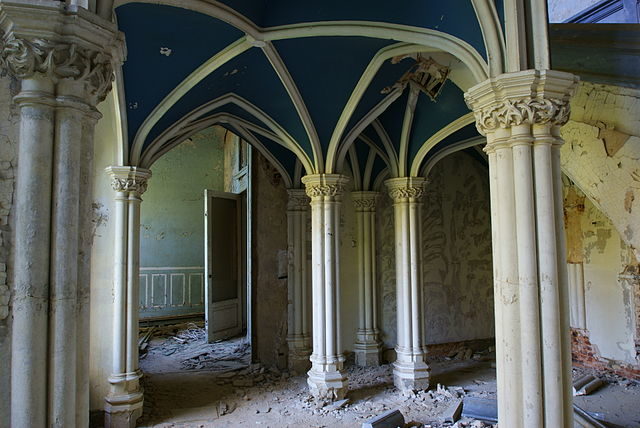 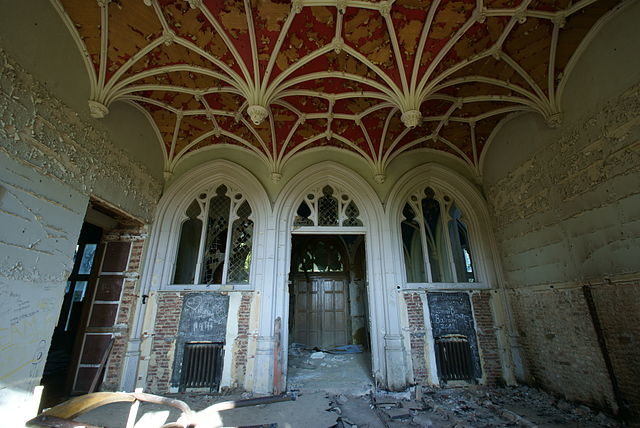 The family lived in the castle until the beginning of World War II. A small amount of fighting during the Battle of the Bulge took place near the land of the castle and during which Château Miranda was occupied by German soldiers. After the war, actually, in 1950, the castle was taken over by the National Railway Company of Belgium (NMBS/SNCB). 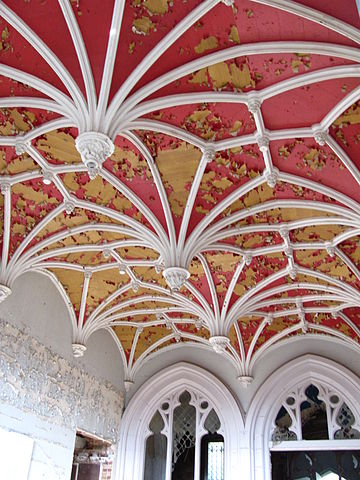 They used the building until the end of the 1970s as an orphanage and a holiday camp for kids that were suffering from illness. While it was part of NMBS/SNCB the castle became known as Château de Noisy. 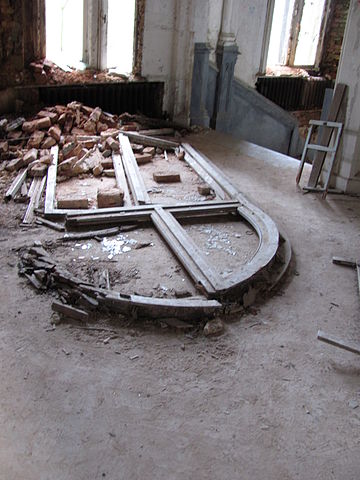 After the closing of the orphanage, the property was used as a place for outdoor activities for children, and remained a recreation site until 1980. For 10 years the owners periodically lived there and they were constantly struggling to maintain it in a good and decent condition proper for normal living, but the costs to maintain and preserve the castle were enormous.

In 1991 they abandoned the mansion completely. They tried to find buyers or inventors to transform the mansion into a luxury hotel, but after years of search, they could’t find any. Even the potential buyers who wanted finally to take it over were turned down at the last minute by the owners. 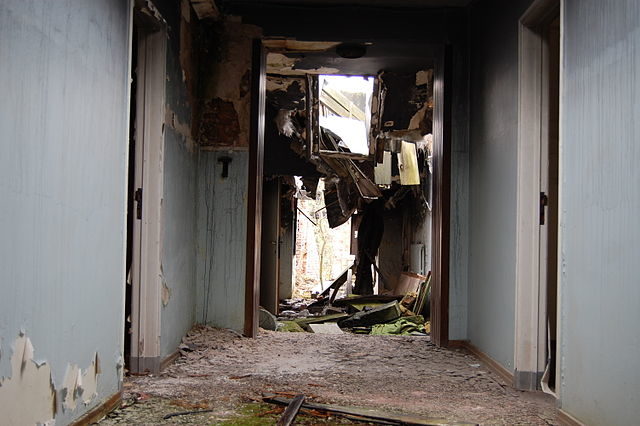 Since then the castle was victim to several heavy acts of vandalism. A fire in 1995 damaged a huge part of the roof and other parts of the building. The cause of the fire remains unknown and the family didn’t want to make any further investigation. The detailed ornaments and other valuable antique objects from the interior were removed and used in another mansion. 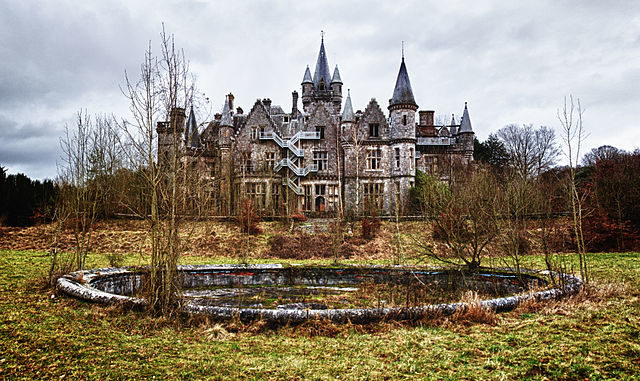 The backside of the castle before the start of the demolition/ Author: Bert Kaufmann – CC BY-SA 2.0

The floors have been ripped out too. In 2006 a strong storm caused further damage, leaving it in a state of pure chaos. Through the years the location has become a favorite place for ghost hunters and urban explorers. Interestingly, the clock of the clock-tower has continued working even though the castle was deserted in 1991. No one knows when it was last serviced, however, it is still counting, as the time of Château de Noisy slowly ticks away.

« Tiwanaku, Bolivia: The enormous mysterious ancient city that was abandoned a long time before the rise of the Inca Empire
Abandoned New York State Pavilion »