Sutton Scarsdale Hall – The house that outlived many

The year is 1002, the year that English nobleman Wulfric Spot died. Before his departure, he made a will in which he stated that Burton-on-Trent Abbey, which was neither particularly large nor particularly rich, should receive the estate after his death.

According to the Domesday Book, which was a record of property in Britain compiled in 1086 for taxation purposes under the orders of William the Conqueror, the house was owned at that time by Roger de Poitou. 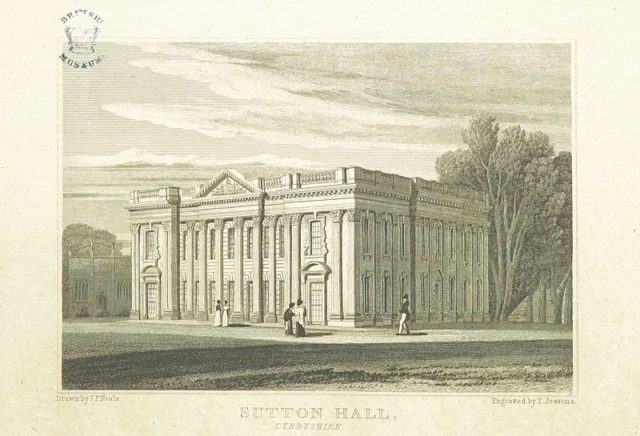 Depicting the house in circa 1818. Author: John Preston Neale

Over the years, the estate changed hands until in 1401 it was owned by John Leke. 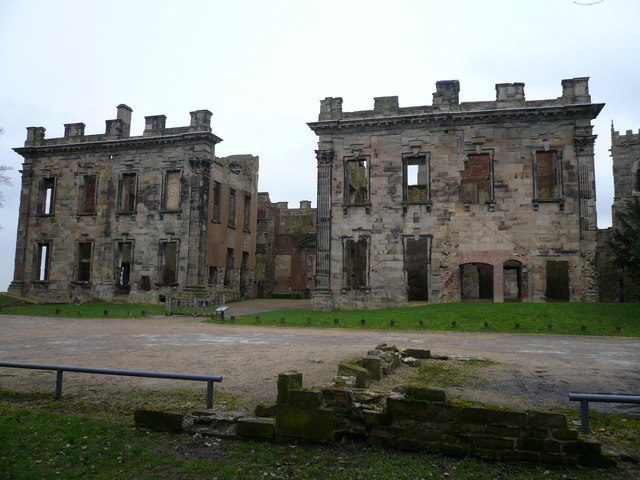 Later on, the estate was given to his son Francis Leke. Francis, who by 1640 had been elevated to the status of Earl of Scarsdale, owned this property until Sir John Gell, an important military person in the English Civil War, stormed the property and took Francis as his hostage. 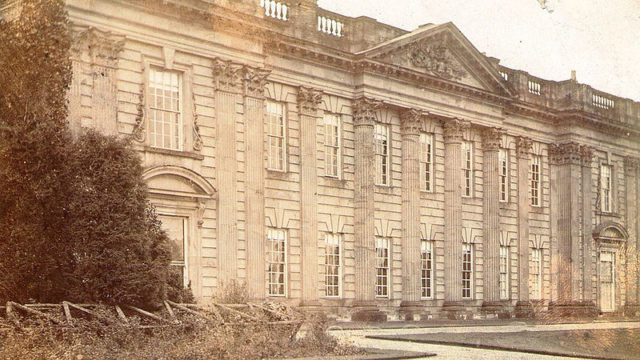 The history of this piece of land holds writing material for hundreds if not thousands of pages. Conquered and re-conquered over the years, this place holds a big part of English history.

Today the house that stands upon this historic lands, according to the researchers, is number five. All of the previous mansions fell victim to a trouble of some sort and got lost in the annals of history. The structure found in our time and age is the brainchild of the architect Francis Smith. 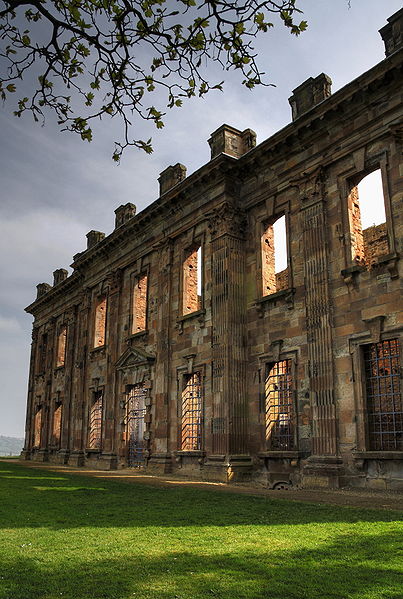 It was built in 1724 for Nicholas Leke, 4th Earl of Scarsdale. Once done it was a gorgeous mansion borrowing the style of Gregorian architecture. It would have been an awe-inspiring building to witness, complete with its gardens; it gave to its guests that true feeling of comfort. 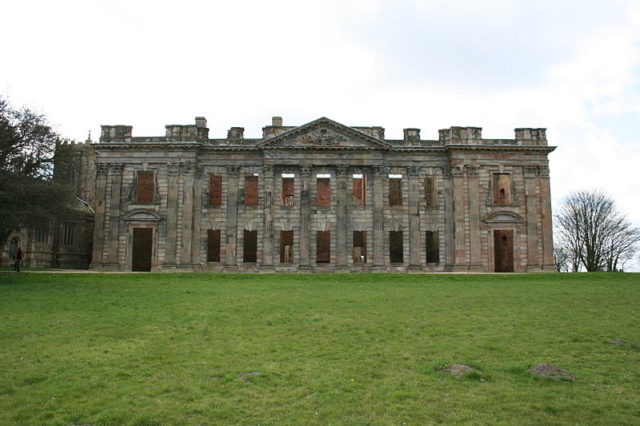 Once inside, one can’t help but notice the decorative paneling made from oak or the plasterwork done by Francesco Vassalli. Not to forget the fireplace gorgeously made using marble and semi-precious stones and of course the stairwell made from a Mahogany wood. 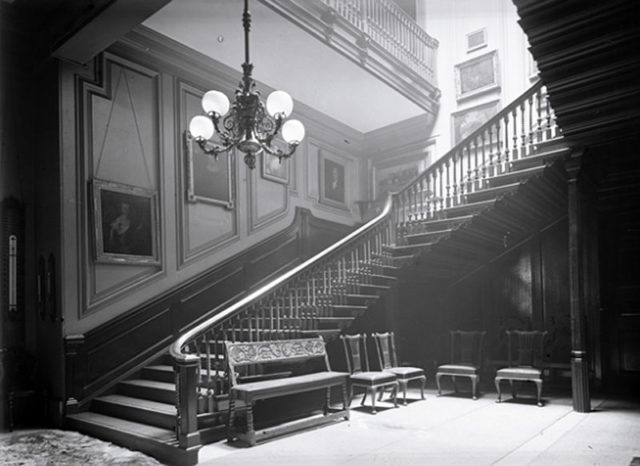 After that death of the Nicholas Leke, Godfrey Bagnall Clarke would have a chance to purchase the estate. And a new line of inheritance begins. Upon Clarke’s death the estate went to Marquis of Ormonde and when he too was placed on his deathbed, the estate went to Richard Arkwright Junior. 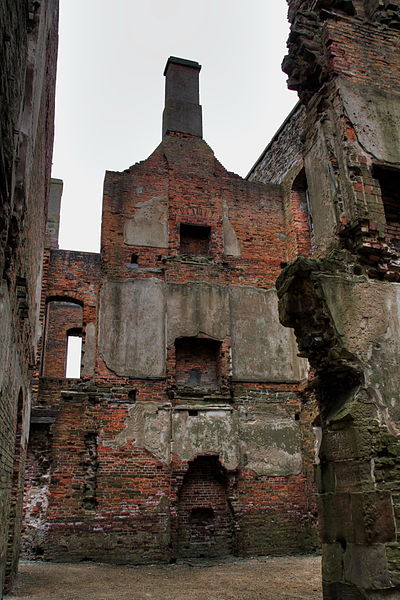 The ghostly remains from the fireplaces. Author: Phil Sangwell CC BY 2.0

This happened in 1824. Owning a property of this size was nothing for Richard, for he was the son of Sir Richard Arkwright, a gentleman with a huge participation in the cotton business.

When Richard Junior died, the Sutton Scarsdale Hall estate was inherited by his son Robert. And after Robert’s death, it went to his son, Godfrey Harry Arkwright. And by now the drill is already familiar. Once Godfrey died that property was once more ready for its new owner. 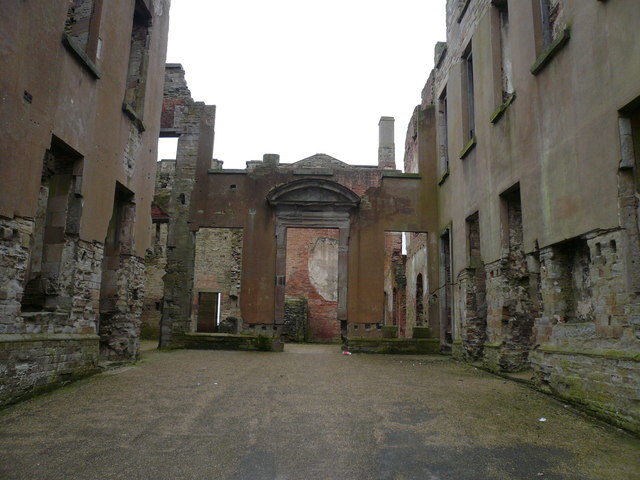 Next in line was Francis Arkwright, the son of Godfrey. Unlike his predecessors, Francis had no sons and the property after his death went to his cousin William Arkwright. William was last in the line of the Arkwright family inheritance, for he put up the property for auction. 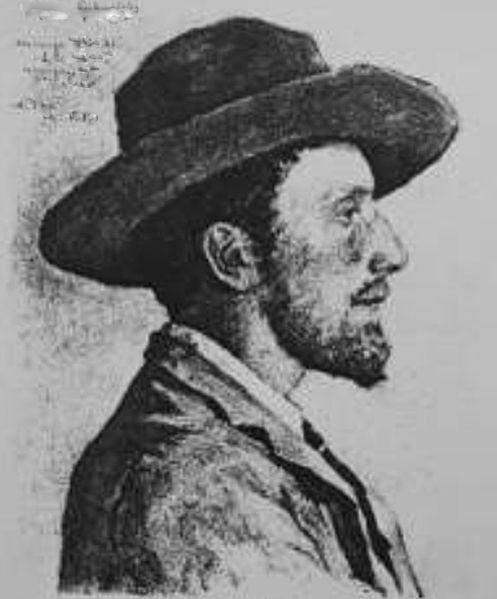 After another chain of events, the house was left abandoned and subsequently it fell into ruins. A couple of businessmen bought the house and stripped everything there was to take, even the roof. Those wooden panels that once adorned this house were sold to the highest bidder. 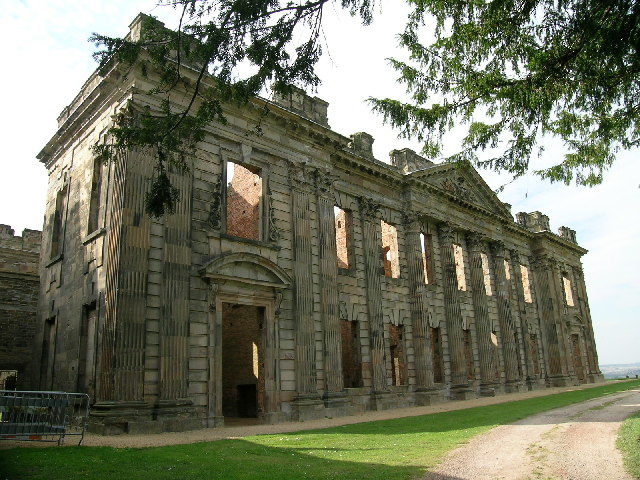 Years later some of these wooden panels were given to the Philadelphia Museum of Art for display. To the rescue came Sir Osbert Sitwell with the intention to save what little remained.

Years in neglect destroyed more than centuries of creation. Today, this property is looked after by English Heritage and welcomes all those who wish to come and visit and be part of the house that outlived many.