It takes a lot of physical as well as mental strength to become an astronaut. NASA is very strict when it comes to choosing their space crews; above all those abilities, astronauts have to be immensely brave to be fired into space on a rocket.

Among the various launching sites, a particularly notable one is Complex 34. The construction of this site begun during the 1960s and its official name is the Cape Canaveral Air Force Station Launch Complex 34 (LC-34). It is one two identical sites, with its twin being located further north. 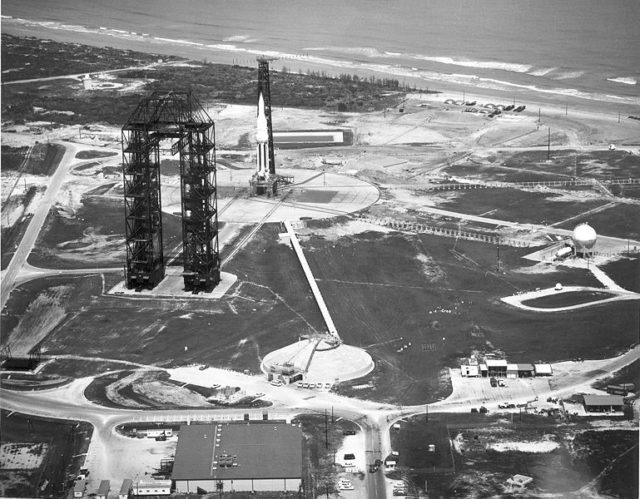 Photograph of the complex that was taken in 1963. 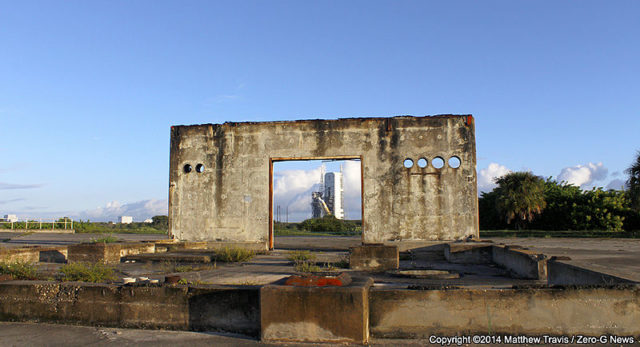 One of the demolished structures. Author: Zero-G News CC BY-SA 2.0

Both of these sites have one thing in common. They both served as the backbone of the Apollo Program, launching rockets from 1961 to 1968. A lot of important history is closely tied to this place, including seminal events like the Apollo lunar landing missions. 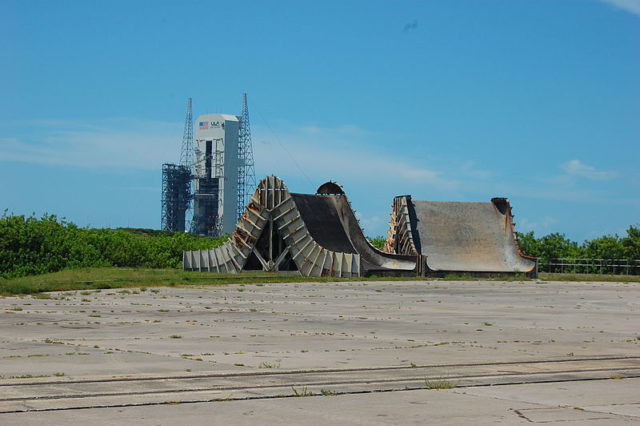 A launching platform, a movable service tower, the crucial umbilical tower, and the essential fueling equipment are all part of this complex. The two flame deflectors made of steel were welded onto rail tracks so that they can be easily moved underneath the launching platform.

The role of these deflectors is crucial in protecting the rest of the site as the rocket engine can reach temperatures of up to 3,200 °C. A service tower is also welded onto train tracks at the launch site, standing nearly 100 meters tall.

Another feature found at this launch site is the so-called blockhouse. It was more than 300 meters away from the launching pad and could house more than 100 people as well as hundreds of testing instruments.

It was made up concrete and had no windows. For looking outside one had to use the periscope. The first launch happened in 1961, on October 27. The mission was named “SA-1” and it was a test flight that ended in the Atlantic ocean. Two years later, following the assassination of John F. Kennedy, Cape Canaveral was renamed Cape Kennedy Air Force Station in honour of the President. 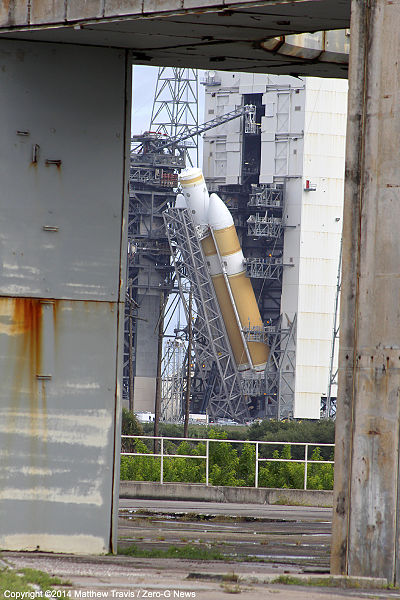 Years later, the LC-34 complex was adapted to sustain the fairly large rocket, the Saturn IB. The modification itself was mostly done on the umbilical tower, mostly by adding better arms for access. During these modifications, the so-called “white room” (a room for easy access to the rocket) was added. 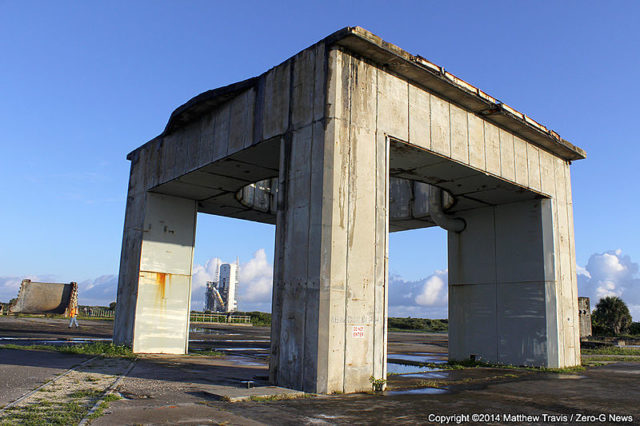 After two successful launches, a disaster happened. The rocket holding the Apollo 1 crew caught fire, killing the crewmembers and destroying the rocket. 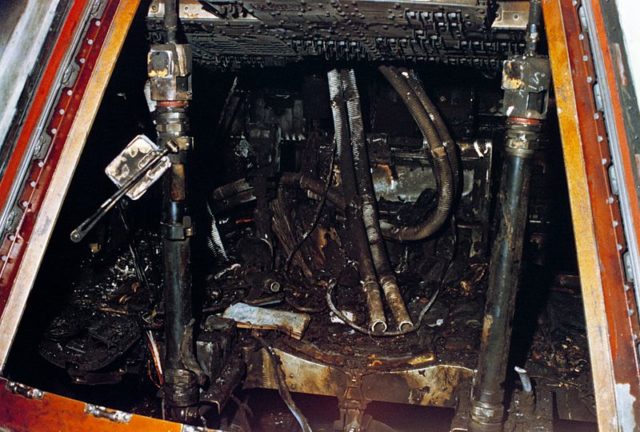 Part of the Apollo 1 rocket.

Roger Chaffee, Gus Grissom, and Ed White were the astronauts that lost their lives on January 27, 1967, in the name of science. The “AS-204” (the mission name of Apollo 1) was supposed to be the first manned mission of the lunar landing program. 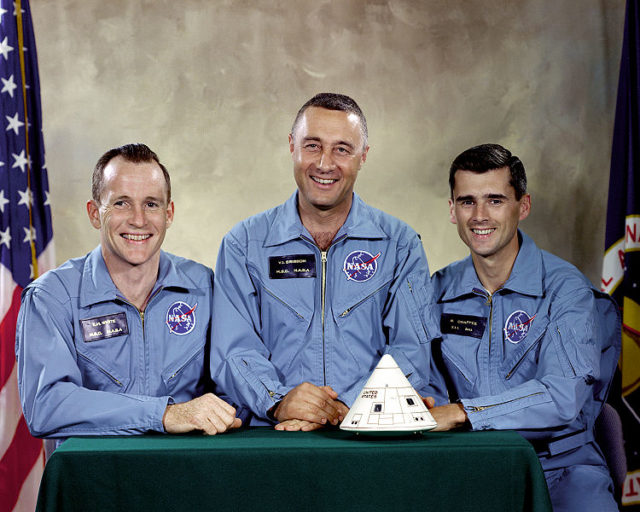 The accident put all things at this station on hold. The final rocket to take off from this launching site was the one used for the Apollo 7 mission, the first successful attempt to take a crew outside the planet’s atmosphere. 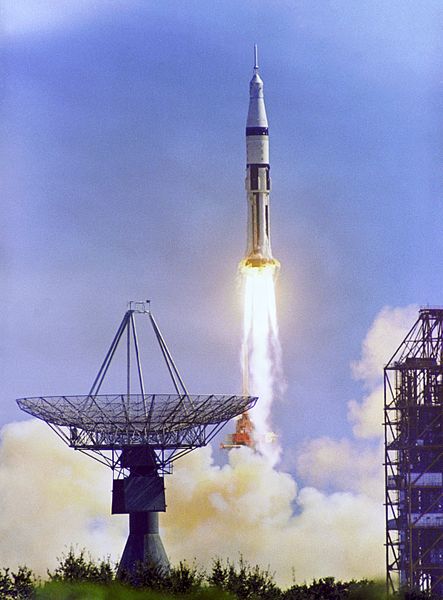 The crew that was on this flight was the backup crew of the Apollo 1 mission. After this mission, the site was closed. There were even attempts to reopen both LC-34 and LC-37, but unsuccessfully. For future launching of the Saturn IB rockets, NASA re-modified Launch Complex 39 (LC-39). 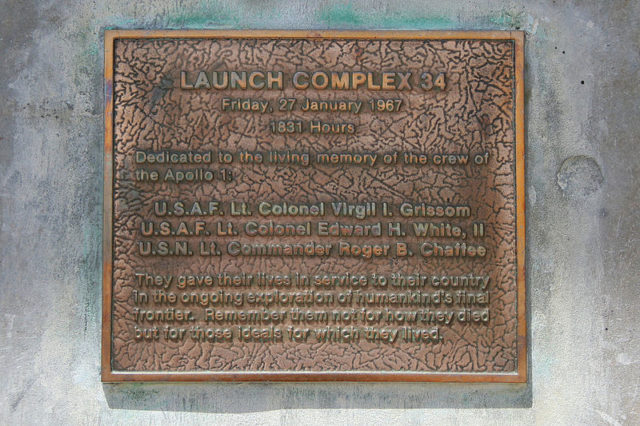 After it was taken out of use, many of the structures found on site were demolished, although the launch platform itself and the center of the pad remain today. On this very spot, there is a memorial plaque dedicated to the Apollo 1 crew that reads, “They gave their lives in service to their country in the ongoing exploration of humankind’s final frontier. Remember them not for how they died but for those ideals for which they lived.”