Brewster-Wheeler Recreation Centre: Where champions were made

The Brewster-Wheeler Recreation Center began its life in a time of prosperity for the city of Detroit. It was built in one of the city’s most deprived neighborhoods.

Its initial purpose was to serve as a public library and it was among the most beautiful buildings ever built in Detroit. It was made with a combination of red brick and white stone.

The design itself was devised by Mildner & Eisen. In addition to the red bricks and white stone, the library was topped with a splendid green tile roof. 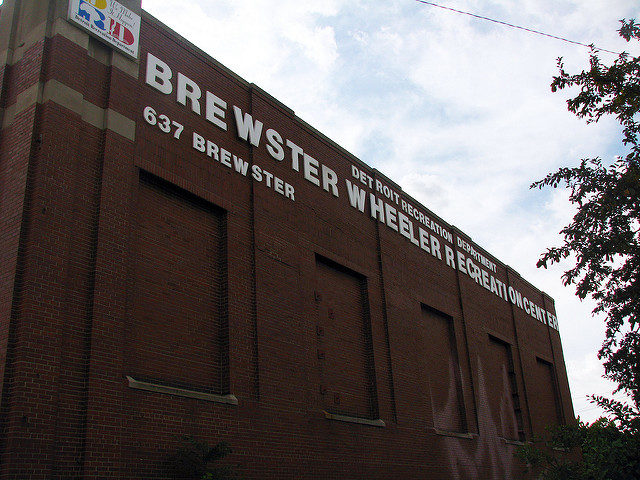 The building opened to the public on the 15th of May 1917. Once inside, visitors were welcomed by reading rooms and the library’s club. Unfortunately, this library performed far below what was initially planned. For this reason, it was closed after just one decade of service. The storefront was now moved to its original birthplace: Hastings Street and Wilkins.

The building remained empty. But as years went by, the neighborhoods around it become ever more crowded as a result of the city’s economic growth and the arrival of immigrants from other parts of the country. 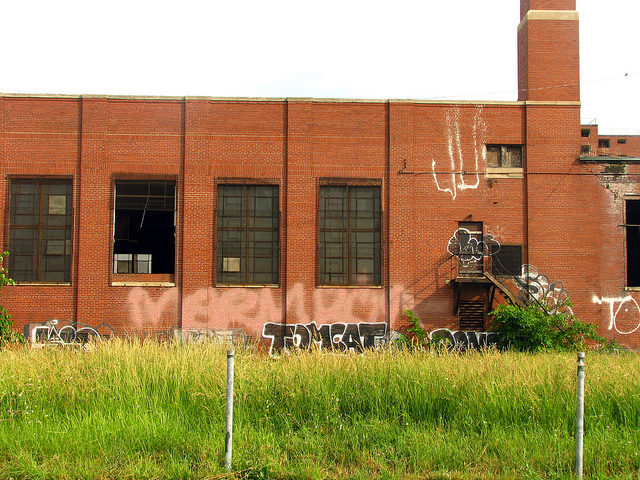 Behind the Brewster-Wheeler Recreation Centre. Author: Dave Hogg CC BY 2.0

This ex-library was now ready to serve yet again, but to serve a different purpose. It was converted to a recreation center. $6,119,000 (inflation adjusted for 2017) helped to convert this old library to an auditorium and to build another wing that would house the pool, the gym, and some classrooms. 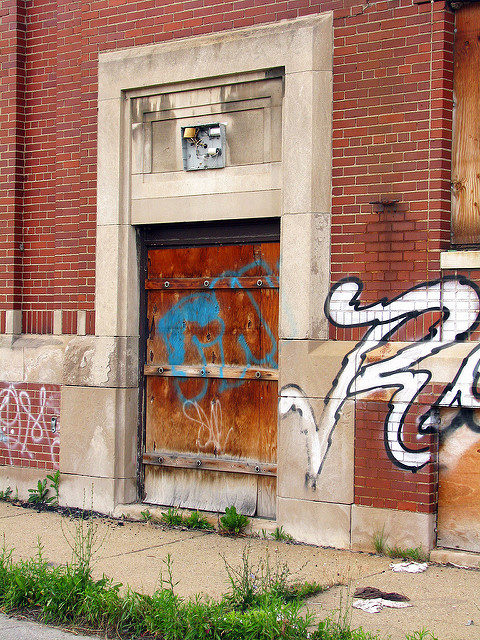 The entrance to the center. Author: Dave Hogg CC BY 2.0

This former library was now a community recreation center. It was officially opened in 1929, some 24 hours before the Wall Street crash and the beginning of the Great Depression. On its opening day, around 5,000 people attended the ceremony. 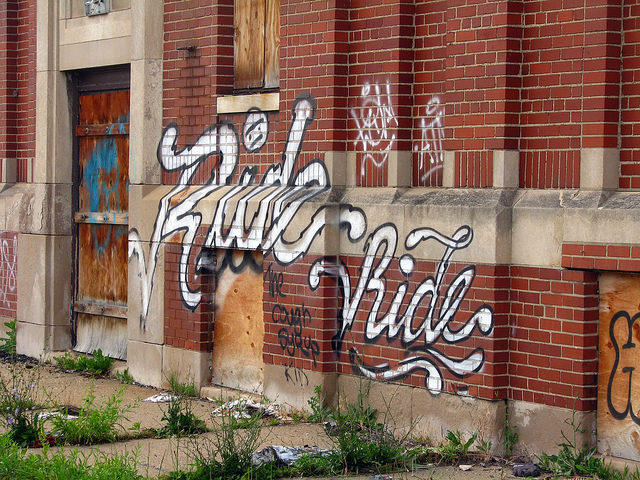 During this opening ceremony, Mayor John C. Nagle gave a speech in which he openly discussed the racial differences in Detroit and publicly announced, that this recreation center would be equal for all. Being black or white made no difference, all people were welcomed.

Leon Wheeler, the man who ran this community center, was an African American and took care of the place for sixteen years (1929-1945). Under his guidance, the center provided first boxing training, swimming lessons, tap dancing, drama classes, and more. 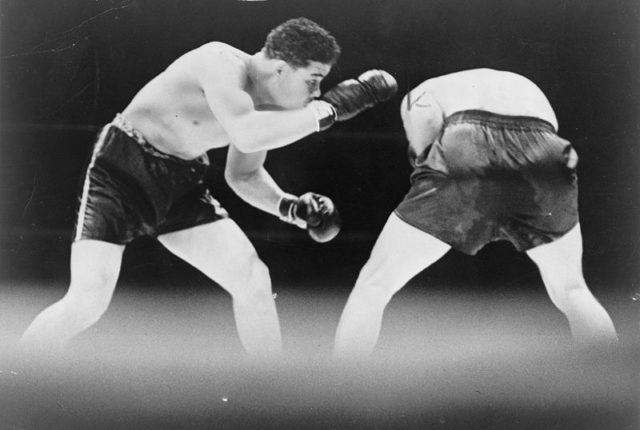 Under one roof, they were literally united. Given the wealth of activities one was free to enjoy, this place turned into a second home for many soon-to-be sports stars such as Joe Louis, Sugar Ray Robinson, Emanuel Steward and many others. 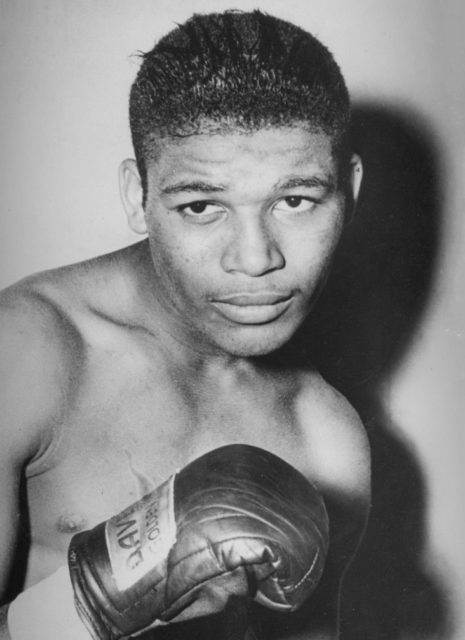 With time, every single house around the Brewster-Wheeler Recreation Center was demolished to make room for a new housing project. Once this project was finished, the center became even more important than it ever had been, for many of the activities were only available at the center.

But nothing lasts forever. Slowly, the neighborhood began to decline, for a number of reasons, including rising crime rates supported by growing drug sales. 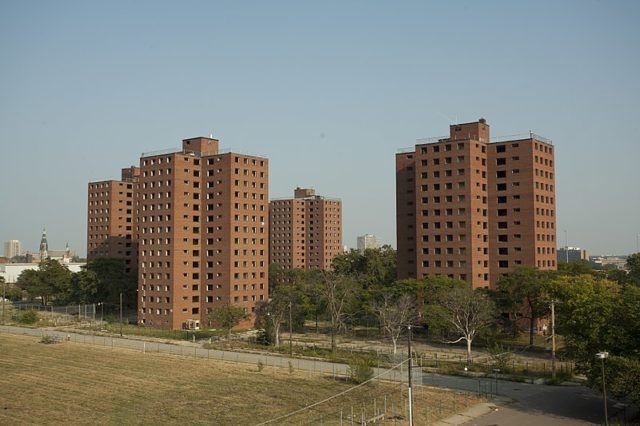 Nevertheless, the centre kept pursuing its mission of keeping young people away from criminal activities. The facility was supported by occasional donations from the community and from some of the center’s alumni.

One such donor was Chris Webber, the legendary NBA star. But the struggle continued and more and more problems kept arising, including the neighborhood’s falling population and reduced interest in the community center. 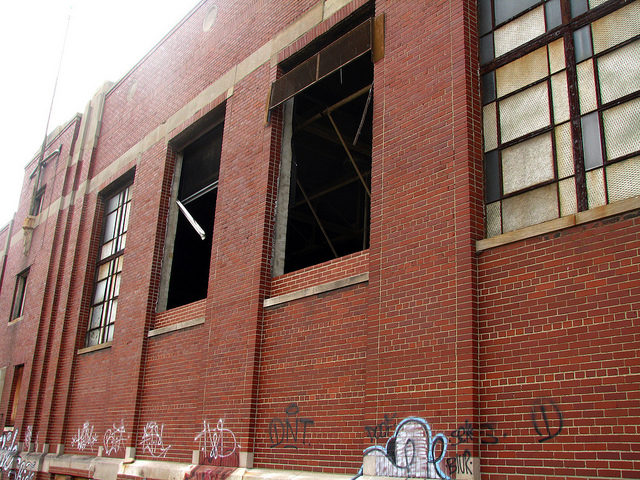 Completely open to the elements. Author: Dave Hogg CC BY 2.0

With no solution on the horizon, the center was closed in 2006. Once the building’s doors were shut, it remained abandoned and empty. It wasn’t long before looters appeared and stripped this place to its bare bones. Whatever the future holds for this building, its legacy will never be forgotten.

« Abandoned Kingsway double decker tramway subway in London
São Vito: The building in Sao Paulo which was known as the largest vertical slum »