Drone Footage: A Castle From the Middle Ages

The remains of three medieval castles can be seen in the commune of Ribeauvillé in the region of Alsace, northeast France. The most well-known is the Château de Saint-Ulrich, situated north of the village of Ribeauvillé. The others are the Château du Girsberg and the Château du Haut-Ribeaupierre. All of them overlook Ribeauvillé, the Strengbach Valley, and the surrounding area.

Saint-Ulrich is situated on a mountainside peak of 1738 feet altitude. 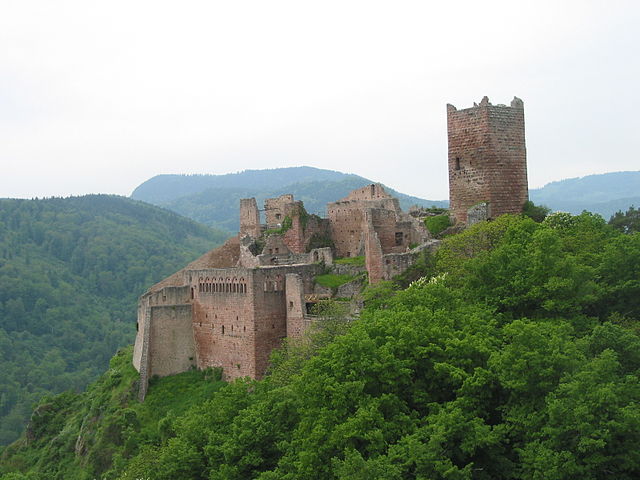 Locally known as Château de Grand-Ribeaupierre, Gross Rappolstein, or Ulrichsburg, it is the largest and best preserved of the three so-called Ribeauvillé castles. In fact, the castle got its present name in the 15th century because of the chapel it houses, which is dedicated to the saint who was bishop of Augsburg in the 10th century.

At first, it was called only by the name of the dynasty that owned it: the family Ribeaupierre (or Rappolstein in German) – one of the most powerful families of Alsatian nobility. Saint-Ulrich is also one of the most fascinating castle sites in Haute-Alsace (Upper Alsace). 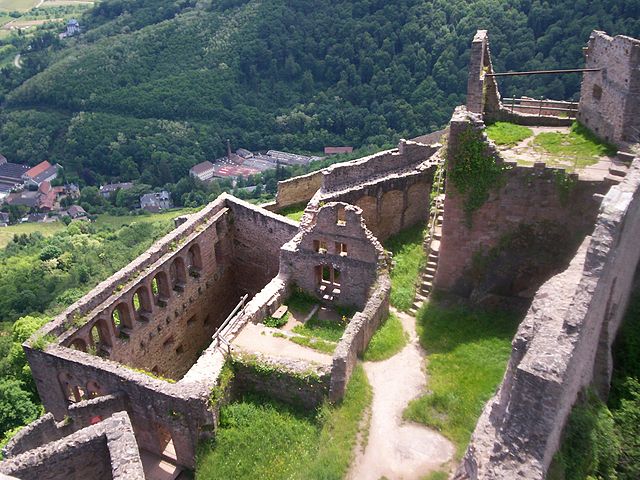 Girsberg, located nearby and opposite to Saint-Ulrich, was built in the 13th century as a residence of a new branch of the Ribeaupierre family. Parts of this structure are still visible. Haut-Ribeaupierre, located further up the mountain, was built in the middle of the 13th century during the turbulent years of the Great Interregnum. It was constructed on the foundations of an older fortification that was probably erected in the 10th century. It served as a strategic military post during the invasion of Alsace by the King of France.

Later, it was adapted into a watchtower to aid in the prevention of forest fires. The whole complex is dominated by an imposing circular keep, which offers a magnificent view of the plain of Alsace as well as the neighboring ridges. 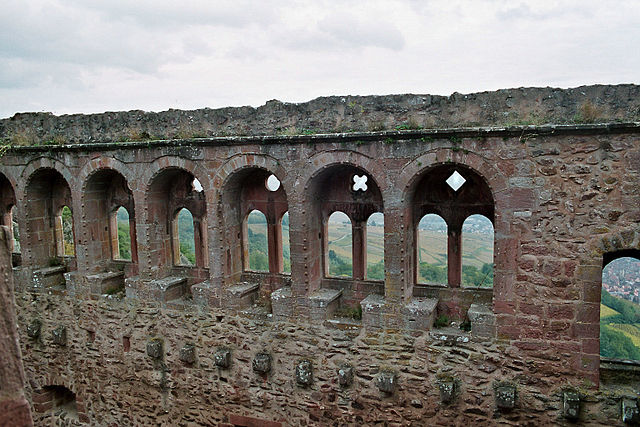 Saint-Ulrich was originally a residential building. From the 11th to the 16th centuries, it was a residence of the Ribeaupierre family. It was built in order to control the strategic route that linked the plain of Alsace with the high Liepvrette river valley. Most of the buildings of the complex were built between the 12th and the 15th centuries. 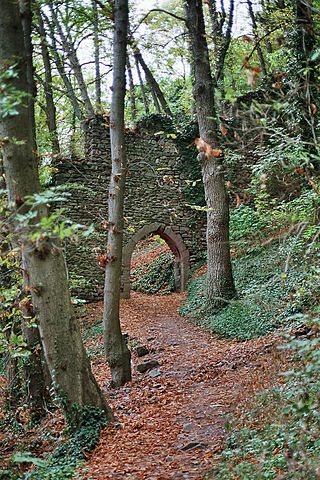 Excavations have shown that the site was occupied in prehistoric times. Some researchers believe that the “Castrum Rapoldstein” mentioned in written documents from 1084 could be Saint-Ulrich. However, the earliest remains of Saint-Ulrich originate from the first half of the 12th century.

Recently, traces of a fourth Ribeauvillé castle were discovered 656 feet below Saint-Ulrich, and now researchers think that there are chances that this fourth castle could be the mentioned “Castrum Rapoldstein.”

The evidence discovered so far shows that this newly discovered fortification was probably inhabited in the 11th or 12th century. It is also quite possible that the fourth castle was an integral part of Saint-Ulrich. 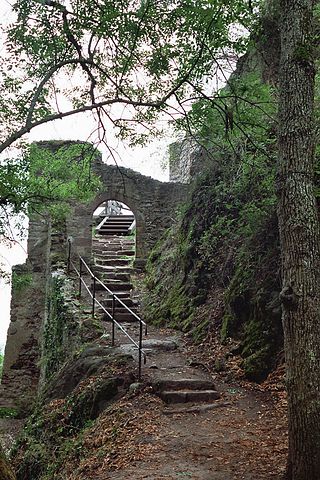 Saint-Ulrich was completely reconstructed around 1200 by the Ribeaupierres. Significant reconstruction work was also done in the following centuries. In 1288, the castle successfully survived the siege led by Rodolphe de Habsbourg.

The family abandoned the castle in the 16th century and relocated to a residence situated in the plain. Until 1573, services were still performed in the chapel even though the complex was abandoned.

During the Thirty Years War in the 17th century, the castle was garrisoned and a significant portion of the site was remodeled. Parts of the complex were burned and ruined during the war. 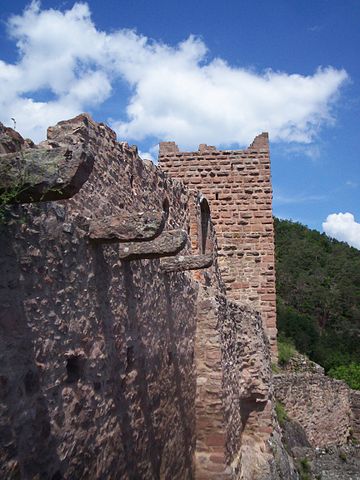 The castle is a fusion of various architectural styles. Gothic and even Renaissance details can be seen combined with characteristic Romanesque parts.

The remains include the 12th century main residential building, chimney, and square keep; the 13th century Knights Hall (Salle des Chevaliers) and residential tower; the 14th century barbican and outer enceinte; and the chapel of St. Ulrich, which was finally finished in the 15th century. The 13th century Romanesque bays of the hall are remarkably well preserved. 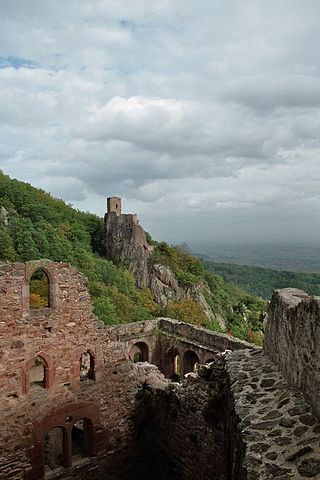 The site has been classified as a significant historical monument since 1841. Although partly ruined, it still has an impressive and romantic appearance.

Another Story From Us: The biggest mall in the world is empty: the South China Mall

It is accessed via a hiking trail that takes nearly two and a half hours to walk. However, the time it takes to approach it is nothing in comparison with the beauty of the site and the surviving buildings. There is also a great view of the surrounding area and the village of Ribeauvillé below.