Chełm Chalk Tunnels: the white bear legend and the history of Chełm tunnels

According to the most popular fable associated with the chalk caves underneath Chełm, this was where the legendary White Bear, the symbol of the city, once dwelt. One of the oldest towns in the Lublin region of Poland–the original old-town area was once surrounded by defensive walls and a moat–is said to be protected by the spirit of this beast.

The huge white bear made it’s home in a chalk cave near the town, so the story goes, and terrorized the local people and their livestock as it roamed the area. So the townsfolk gathered to put an end to their foe. One day, while the bear was off hunting, they built a shrine at the entrance of this cavern and placed on it an everlasting fire. The bear on it’s return was so mesmerized by the fire that she immediately sank to the ground below. From that point on the bear became the sworn protector the city. 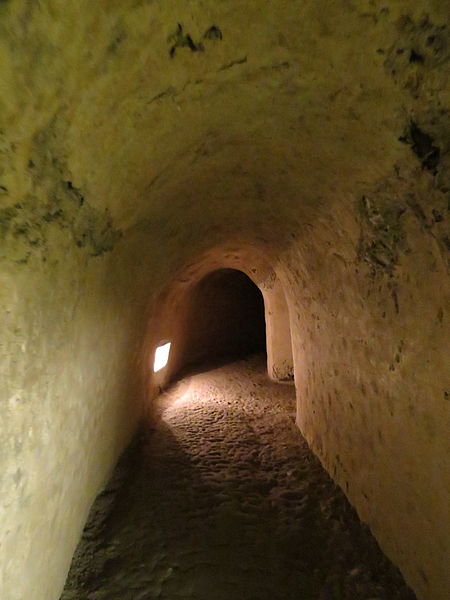 But that is just a myth; the real story begins in Medieval times, an era defined by knights with their war horses, feudal lords and kings fighting to control Europe.

The Chełm tunnels, which are carved out of the chalk beneath the town, came into being sometime during the 13th century. For hundreds of years the tunnel complex grew as more chalk was mined, right up to the 19th century when they were closed and forgotten. The tunnels became part of local folklore, just another legend that existed only in stories. 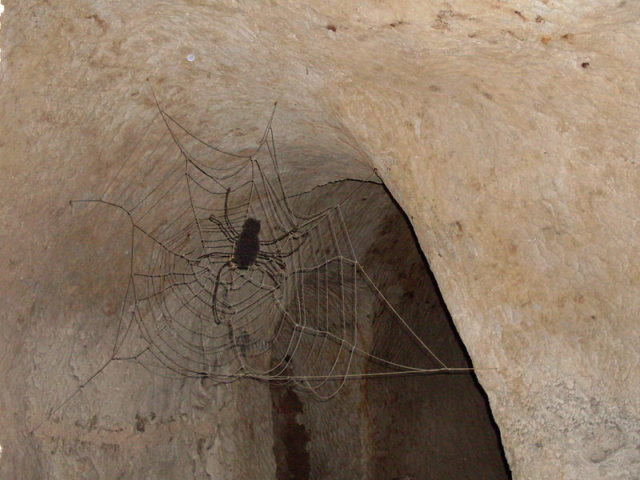 The town of Chełm lies on top of a rich chalk deposit that extends into the surrounding countryside. The residents of this small township saw the benefit of such a gift by nature and began to quarry it, each from their own cellar. And for hundreds of years, they did so, digging their cellars and then selling for profit. The chalk was of high quality and the town became well known to nomadic merchants who came to buy the versatile rock which was used for building, but also was an important ingredient in various cosmetics, medicines, paints and dyes. It was also used in the manufacture of ceramics. 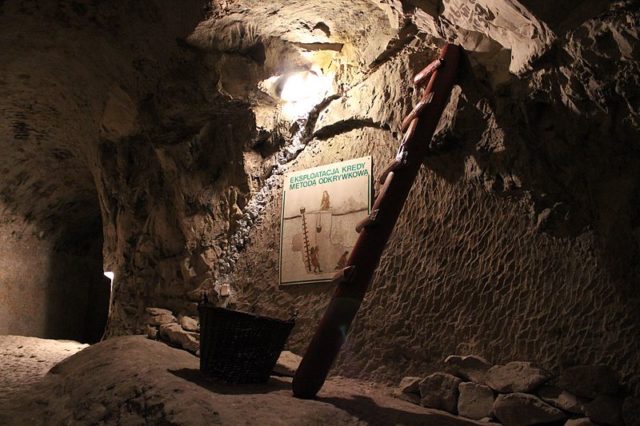 Slowly, the private digs grew bigger and with time the cellars underneath Chełm linked up, creating a large grid of chalk tunnels which remain unique to the whole of Europe to this very day. What was initially a reliable way of earning some money resulted in huge caverns, all different from one another, that go as deep as 65 feet under the streets of Chełm. 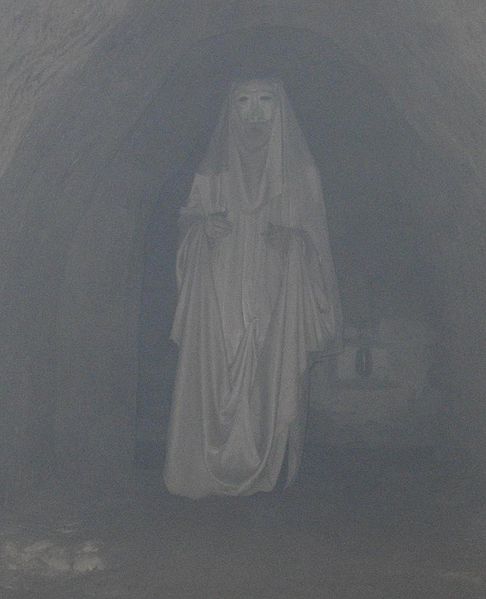 As mentioned before, this practice of extracting chalk went on for centuries, passing the craft from one generation to the next until it finally came to a rest in the 19th century. The reason behind this decision was the safety of the residents of Chełm. And none can be safe if the whole city rests on top of a hand-dug, Swiss cheese network of crumbling and centuries-old tunnels and halls. 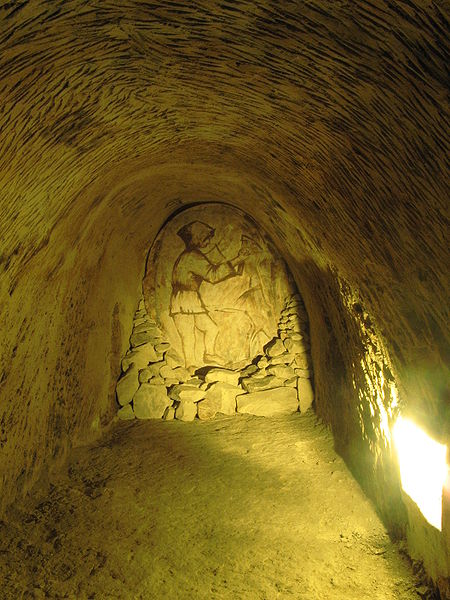 For many years the tunnels remained closed and alone in their darkness, occasionally visited only by treasure seekers hoping to find what others had lost. As time passed on, the tunnels sort of slipped from everyone’s mind and became only alive in the old stories and tales. 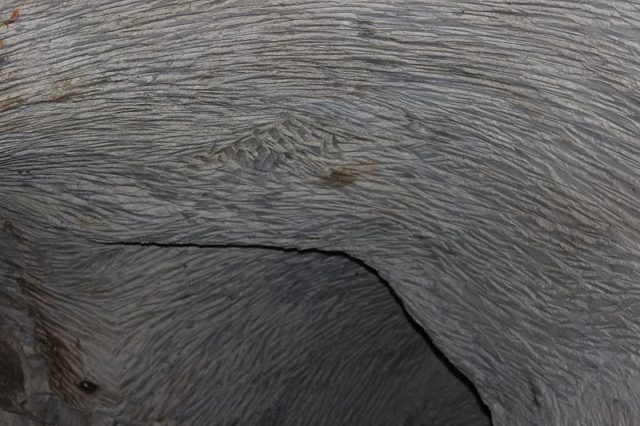 Once the authorities of Chełm decided to change the old water supply infrastructure, they were in for a surprise. The old tales were true and the tunnels did exist, and they were as big as the stories had implied. It was then that a decision was brought to convert these huge halls into a museum and a worthy tourist attraction. But these plans were interrupted by the Second World War. 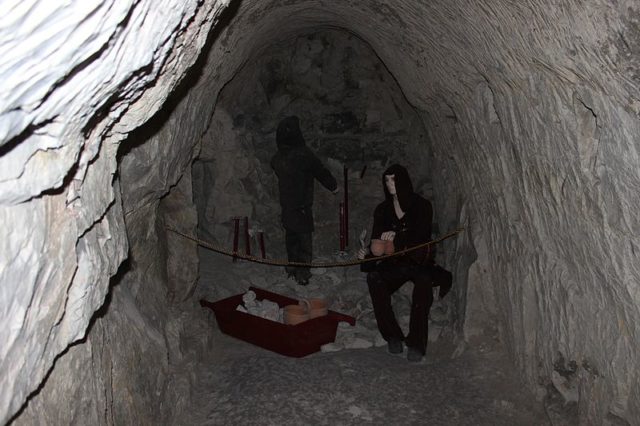 By this time, parts of the tunnels had collapsed. During the Nazi occupation of Poland, some sections that were still accessible were used as a hideout for the persecuted Jewish populace. But once the Second World War was over the residents and authorities of Chełm faced another problem. 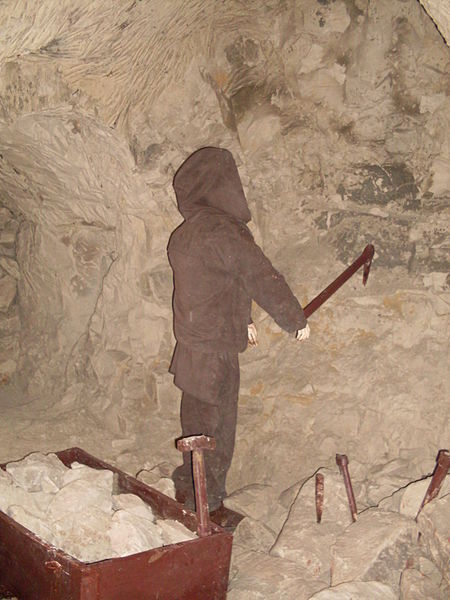 During the 1960s the town was getting bigger and the road traffic denser. It turned out that the streets, having been constructed on top of old tunnels, were risky for drivers. Several construction accidents happened as well, but the issue could no longer be ignored when a truck, much too heavy for the tunnels underneath, fell through the street into the underground corridors. Luckily, no one was seriously hurt. 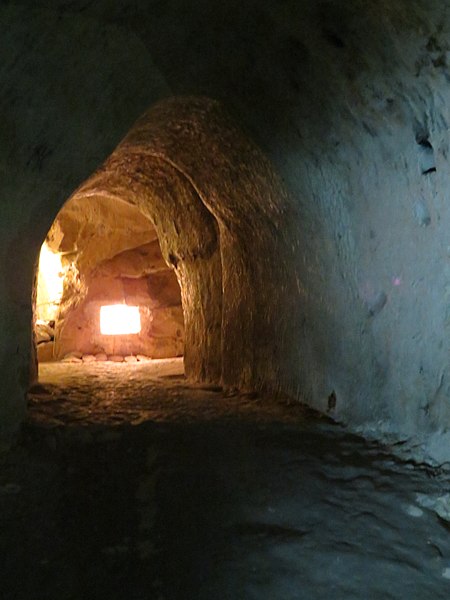 It was the misfortune of one unlucky driver that led to the initiative for excavating these halls. During the process, new and previously unknown tunnels were discovered. But according to researchers, there are still more tunnels just waiting to be discovered, for hundreds of years of haphazard digging cannot be discovered in a course of a dozen. 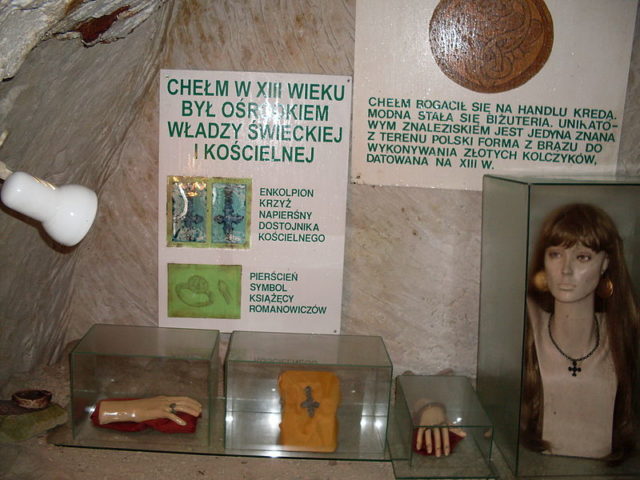 Today part of these tunnels is used as a tourist attraction and people from different parts of the globe come to hear the story of the white bear and the history of Chełm Chalk Tunnels.

« Zollverein Coal Mine: formerly the most successful mine in Germany
RAF West Raynham: the military base that housed dozens of legendary war planes »