City of Adelaide – A clipper ship that finally made it home

It was built in Sunderland, a city in North East England by William Pile, the famous shipbuilder who gave birth to the clipper type of sailing ship. Its purpose was to transport travelers sailing from Britain to Australia and back again.

Traveling on this route (Plymouth, England-Adelaine, Australia) this ship became an important part of history. Most notably, it played a major role in Australia’s immigration, especially during the period from 1864 to 1887, when she made some 23 trips in total. 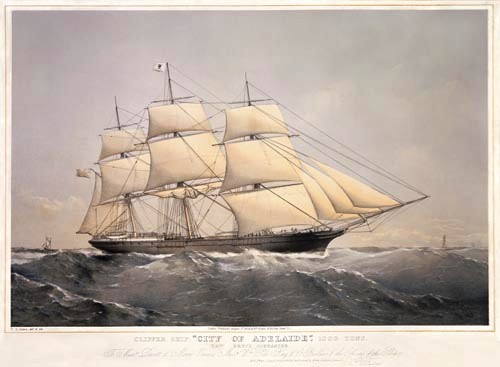 Her cabins were constructed to welcome both first and second class passengers. Emigrants were not excluded and they were fitted in the steerage (lower deck).

On her way back, besides passengers, she also brought with her all sorts of different goods such as copper and wool. But passengers were not always her primary focus. The City of Adelaide also transported wood at one point and even coal. 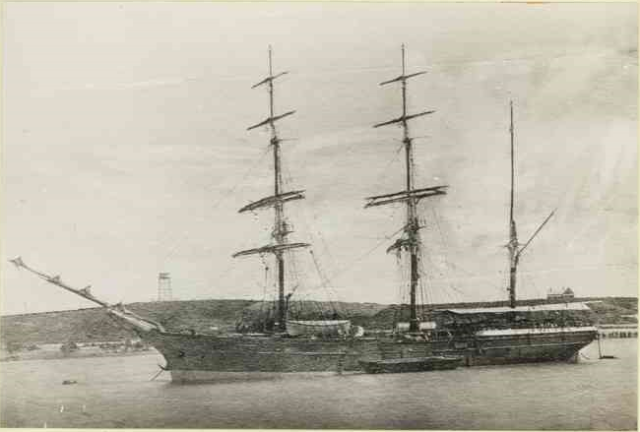 Photo of City of Adelaide that was taken 1882. Author: Unknown – Item is held by the State Library of South Australia

From a transport ship, she became a hospital in 1893. At a later date, she became part of the Royal Navy. Being commissioned to the navy meant a different set of activities and a different name. Her new name was HMS Carrick, for there was already a ship named HMS Adelaide. 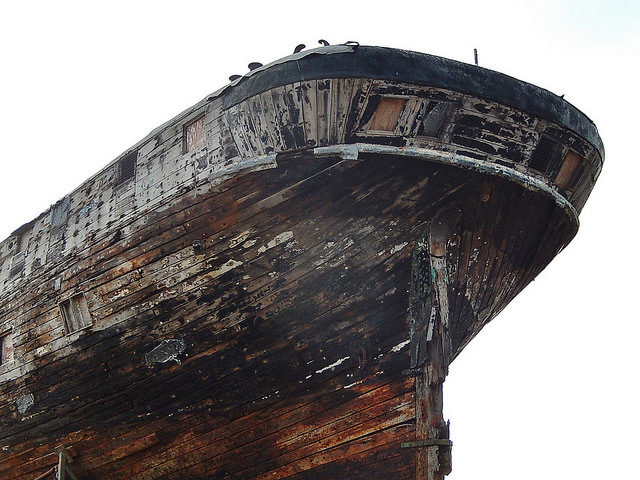 For most of her time, she was stationed in Scotland and remain there until 1948. During this period she was decommissioned and was gifted to the Royal Naval Volunteer Reserve Club. For her new part, she was tugged to Glasgow. 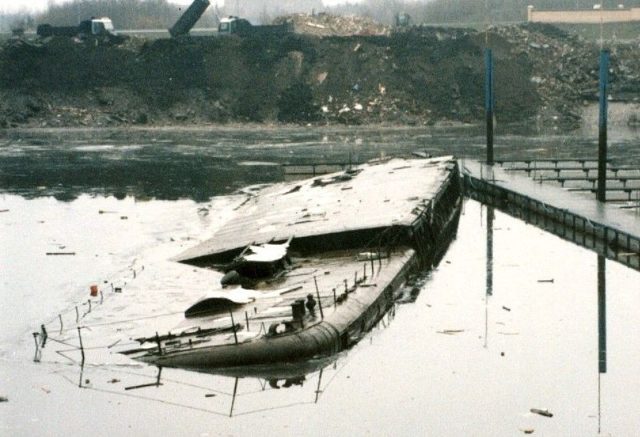 Once there, the ship was stationed on the River Clyde, where she stood motionless until 1989. It was during this period when she got flooded. Just two later in 1991 she sank while still moored. HMS Carrick remained on the bottom until the Scottish Maritime Museum pulled her up in 1992. 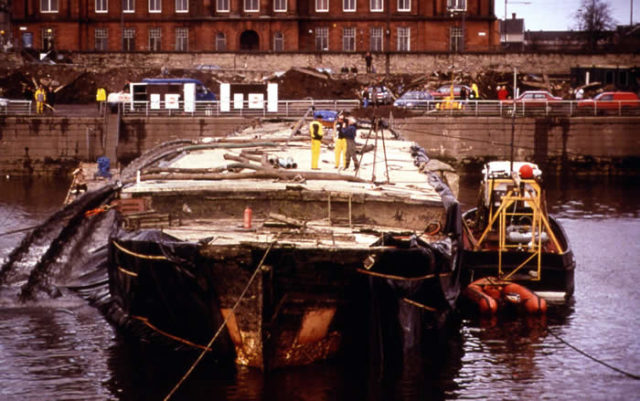 During her recovery. Author: Scottish Maritime Museum CC BY 3.0

She was then taken to a private boat ramp where restoration work was ready to commence. Unfortunately, the fund for her repairs ran dry at the turn of the century. Now what was to follow was uncertain. 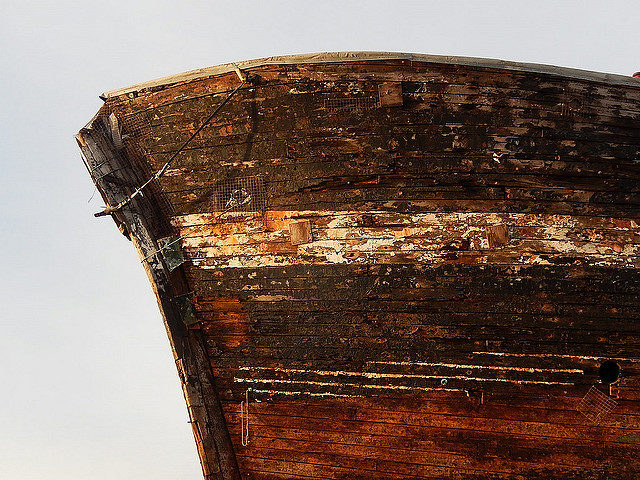 After remaining for some time on the private boat ramp the Scottish Maritime Museum was enforced to disassemble the ship. There were many people who wanted her to be rescued, most notable folks from South Australia and Sunderland.

Ten years into the 21st century and the Scottish Government finally made a decision that City of Adelaide was to be taken to Adelaide city, where she would be conserved as a museum ship. In September 2013 and the ship was taken from Scotland all the way to the Netherlands, and from there to Australia. 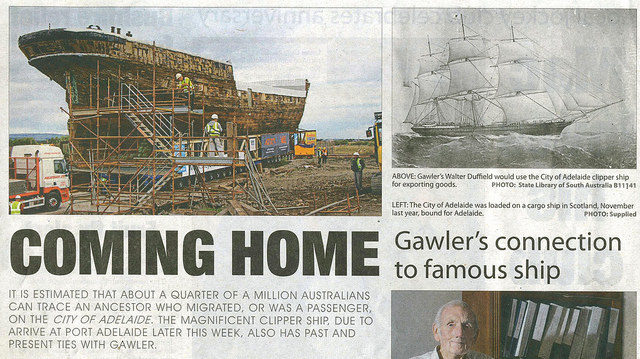 She left Europe in late November 2013. City of Adelaide arrived home on February 3, 2014. She remains to this day the oldest surviving clipper ship in the world. According to researchers, the amount of work required in order to bring back the former glory of hers was so massive that building her anew would be easier.

This ship is a lonely survivor of the trades once done between two continents. It remains as evidence of hard times when a mass of people sought a way out of their country and into the unknown blue by riding on this vessel. 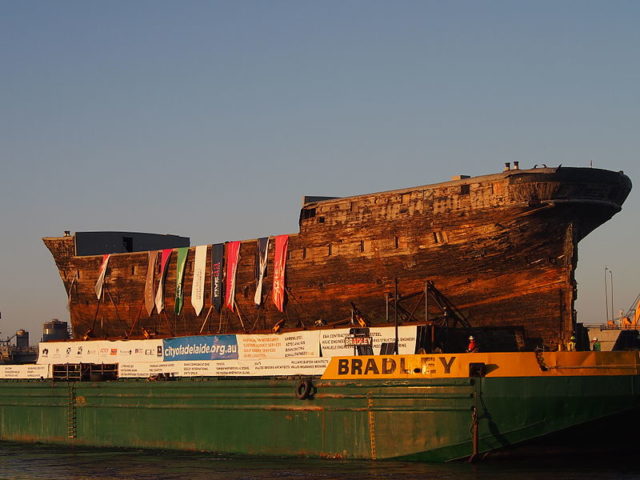 National Historic Ships UK wrote the following “CITY OF ADELAIDE is attributed to carrying 900 passengers from Britain to South Australia, from whom many of the people who live in the state today are descended”. 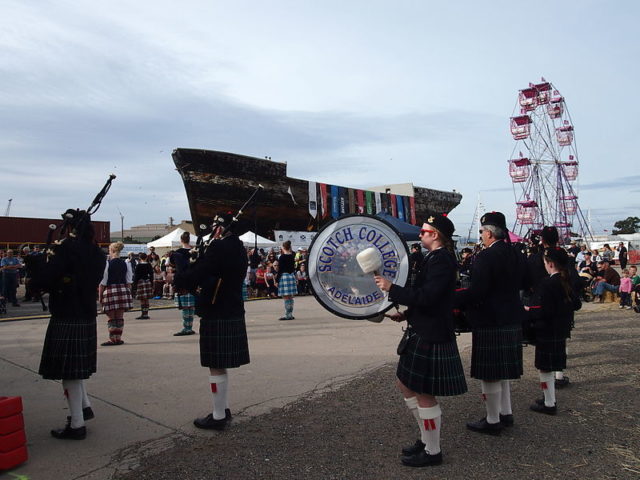 City of Adelaide has been registered as a Scottish A-listed structure and is part of the United Kingdom’s National Historic Fleet list. Now she is finally home where people can admire her beauty despite her age.