Golubac Fortress: a Serbian stronghold without a definite beginning

Golubac Fortress stands on the banks of the River Danube, 2.5 miles from the Serbian town of Golubac, which today has a population of 1,655. Today, the fortification is steeped in legend, and its beginnings are puzzling and untold.

From 803 to 1018, the area was under the rule of the First Bulgarian Empire. This were succeeded by the Byzantine Empire, otherwise known as the Eastern Roman Empire. Their reign over the area ended in 1193 when the Second Bulgarian Empire took over and remained until 1257. 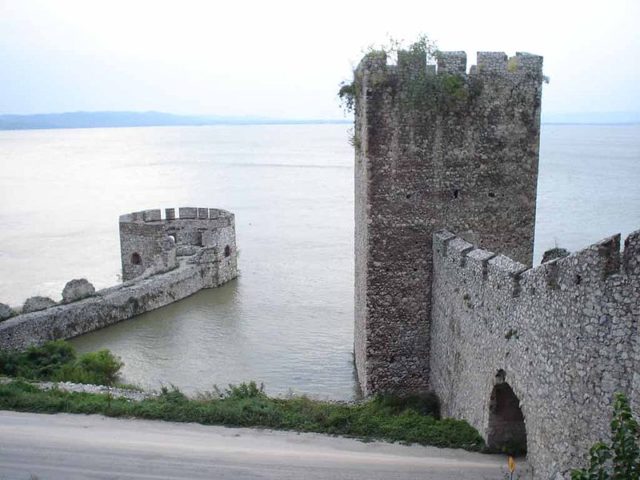 View of the rear gate.

The area remained under Serbian authority until the Ottoman Empire took control in the 15th century. In this “relay race” of governance, no one knows who was responsible for building the fortress. It is uncertain whether the site was constructed during the time of Bulgarian, Serbian, or Hungarian rule. 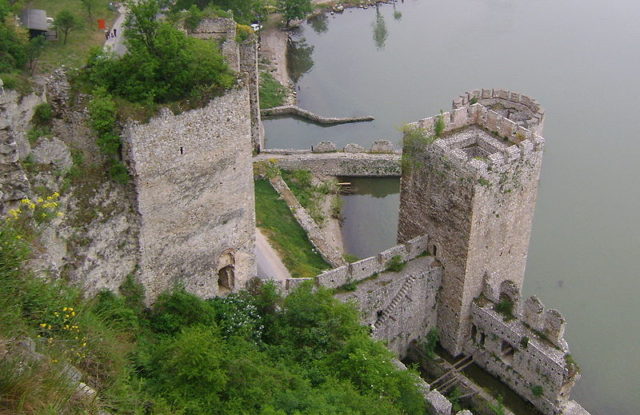 The original number of towers also remains a mystery. There once was a chapel, built as part of one of the towers, that bears marks suggesting that it was built by a noble of a local origin. Archaeologists and historians agree that the fortress must have been erected sometime during the early years of the 14th century. 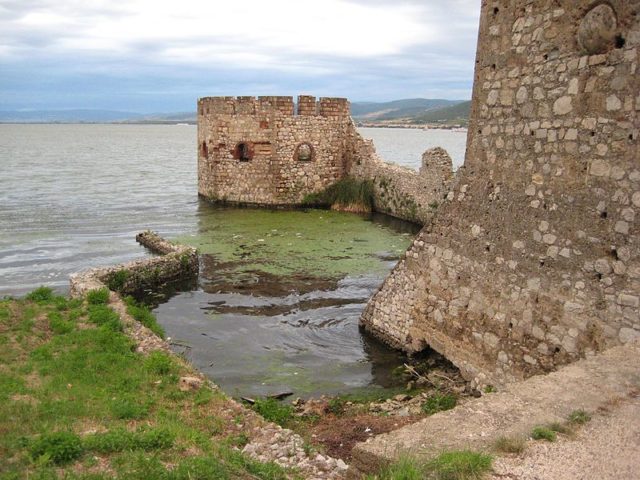 These beliefs are the result of a Hungarian document, dated 1335, in which Golubac Fortress is mentioned for the first time. During this period, the fort was under Hungarian occupation. During the mid-14th century, Tsar Stefan Dušan paid a visit to Golubac and the region of Braničevo, which sits on the border between Serbia and Hungary. At the time, the fort belonged to Toma, Voivode of Transylvania. 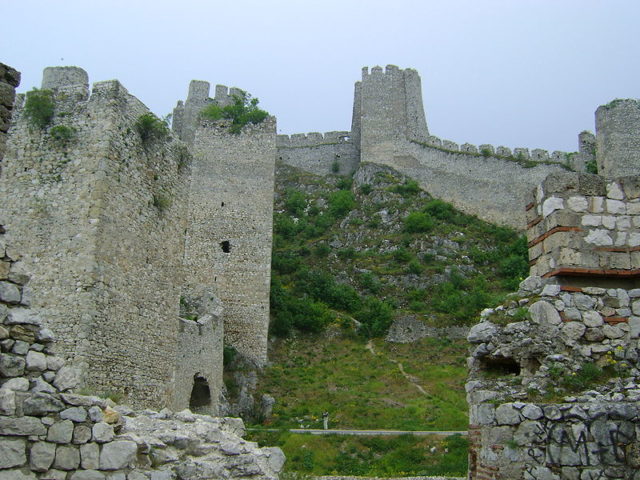 In 1403, the fort was surrendered by Sigismund, the king of Hungary, to Stefan Lazarević, a Serbian Despot. After the death of Tsar Dušan, the fortress became the residence of the Turkish Pasha. Murad II, dissatisfied with the presence of the Hungarians in the region of Braničevo, sent his troops to kill every Hungarian they met. 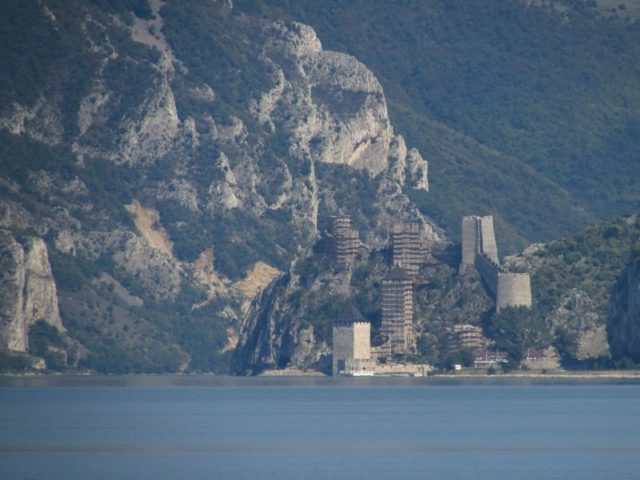 In 1428, the fortress participated in its first major battle, known as the Battle of Golubac. Sigismund gathered an army of 31,000 troops – 25,000 infantry, 6,000 archers, and a number of ships – and placed Prince Dan II in charge of the operation. In April 1428, the attack was carried out on Golubac and the Turks. It wasn’t long before the fort was completely besieged.

Murad’s army arrived in May. When Sigismund saw the size of the Ottoman army he lost the will to fight and signed a treaty in June the same year. The fort continued to switch owners over the years: from Turks to Serbians and back to Turks. When Đurađ Branković died in 1456, the Turks captured the fort and kept it for two years until Matthias Corvinus took it from them, only to lose it again when Mehmed the Conqueror took it from him in 1458. 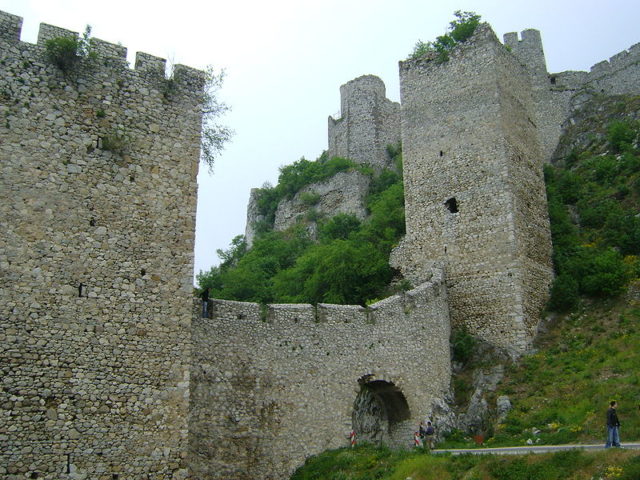 Towards the end of the 19th century the fort, as well as a number of other towns in Serbia, were returned to Knez Mihailo of Serbia. At the start of the 20th century, a swarm of bloodthirsty flies appeared in Golubac Fort. The flies posed a threat to both humans and the livestock, sometimes killing off whole herds of cattle. In 1972, a dam was constructed close to the fortress which resulted in the partial flooding of the stronghold.

In the 21st century, a public project was launched to restore the fortress. Progress was slow because of difficult working conditions and traffic flow right through the fortress itself. A tunnel was opened in 2017 to redirect the traffic. The work is still ongoing but the site still serves as a major tourist destination, attracting thousands of visitors each year.

« Bana Cathedral: A rare and crumbling monument with an unknown beginning
RMS Aquitania: A rival of RMS Olympic and RMS Titanic »