The story of Hỏa Lò Prison is poignant and filled with a great number of tearful events and an even greater amount of blood. The Vietnamese referred to it as Hoa Lò, whereas American prisoners of war jokingly dubbed it the Hanoi Hilton.

The site was first opened by the French, who called it Maison Central, in 1886. At the time, they were the main authority over Vietnam. The prison’s role, as was the case with many other prisons of the day, was to lock away political prisoners. This it did, although quite unsuccessfully as hundreds of inmates managed to escape this gruesome place over the years. 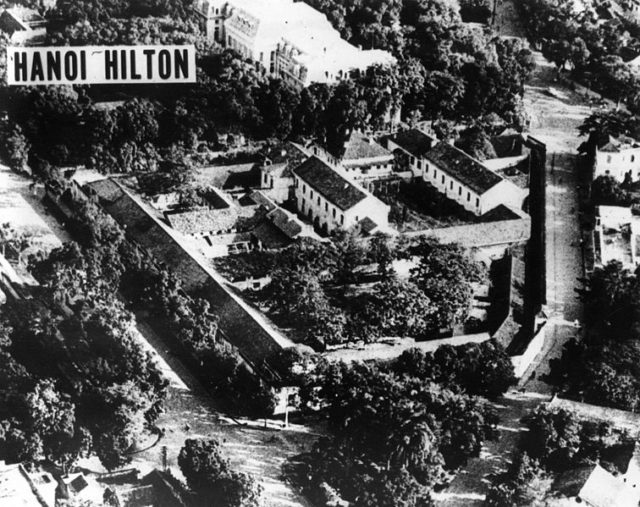 Those who weren’t so lucky had to endure the horrors that took place within its walls. As time went on, it was getting slowly overcrowded despite numerous expansions. During the Second World War, the French lost control over Vietnam and, as a result, also lost control of the prison. Japanese forces took over what the French had left behind. 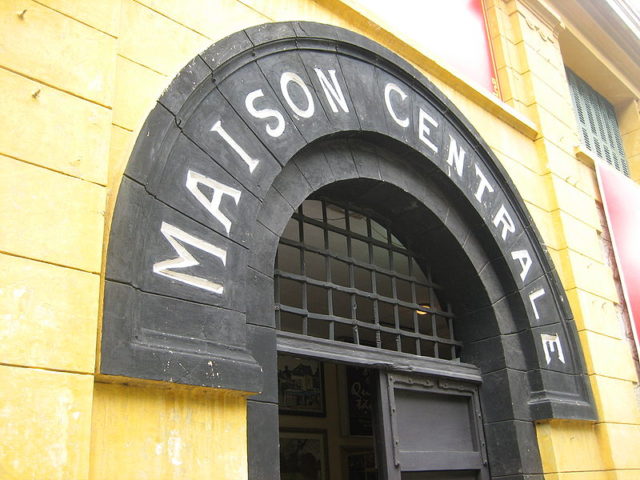 After World War Two, Vietnam was quiet for a while, or at least until the Vietnam War began in 1954. At that time, the French colonists were leaving Vietnam, and the prison’s control went to the Democratic Republic of Vietnam. Almost instantly, it was filled with political prisoners, spies, and all those who dared to oppose the Vietnam Communist Party, including American Soldiers. 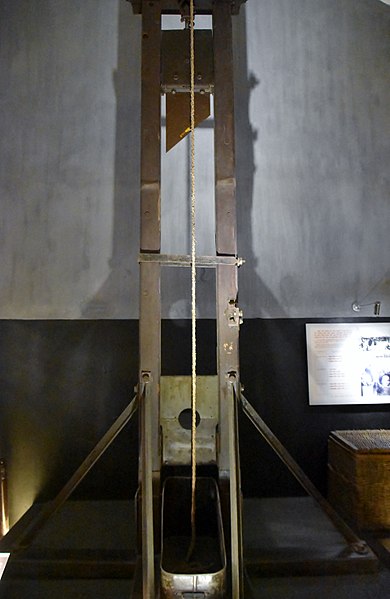 Around 30 inmates were packed inside the same room. Often their feet were shackled and they were unable to move or sleep properly until a guard decided to unlock them. Hygiene was extremely bad and every room had only one bucket to serve as a toilet. The food was no better and maggot-filled rice was almost an everyday sight. The bad food resulted in bad stomachs – a horrible situation in such a cramped space. 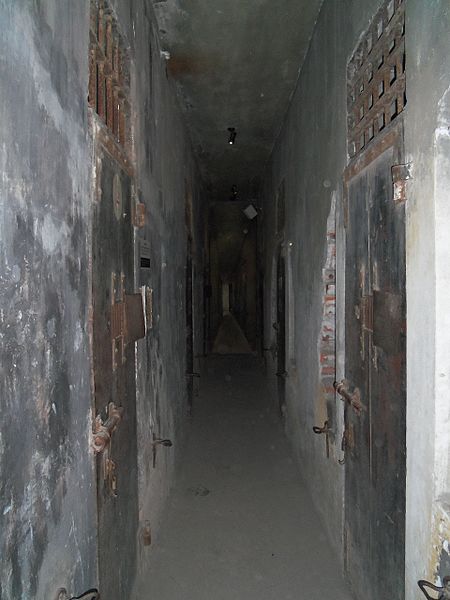 The inmates were also frequently tortured. Beatings and solitary confinements were just two of the techniques used to break their spirits. One of the most gruesome methods of torture involved an empty water tank.

The prisoner would be placed inside and the guards would start banging on the outside of the tank so heavily that they damaged the prisoner’s hearing. The banging was done in an irregular pattern and would lead to a nervous breakdown. 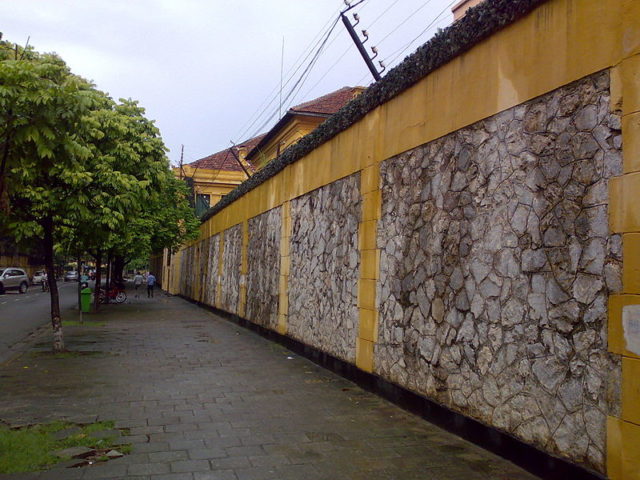 As the Vietnam War escalated, so did the number of American POWs that were brought to the site. Most of them were pilots. This is when the prison got its moniker Hanoi Hilton; the name served as a joke to lift the spirits of the American soldiers. 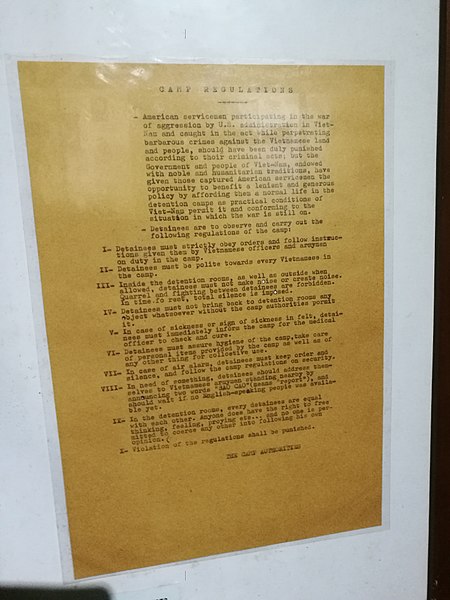 When Air Force Lieutenant Robert Peel arrived at the prison, he was surprised to find his name carved on a bucket. Another pilot, Bob Shumaker, had come up with the idea as a welcome gift for him. 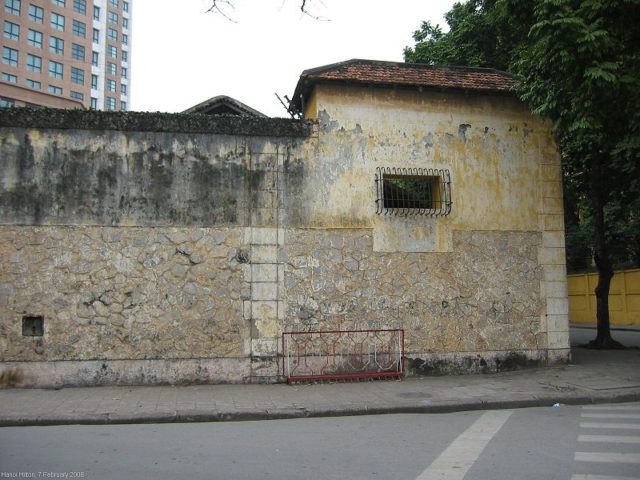 The prison complex kept expanding, and in 1967, a new area was constructed named “Little Vegas” by the American soldiers. The barracks were also named with famous Las Vegas landmark names.

The American POWs were detained for years, but once the Vietnam War was over, they were released. The prison, however, remained in use for years to come. 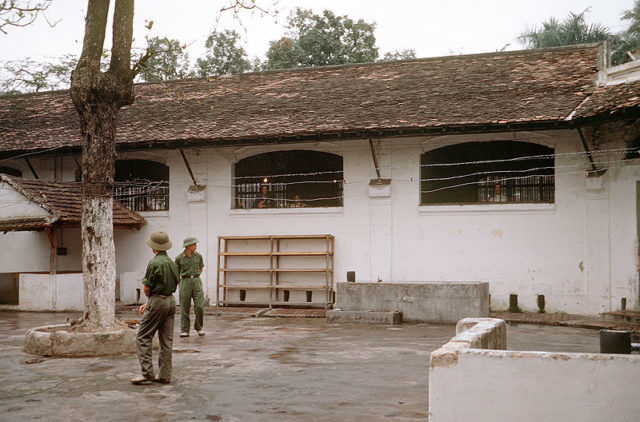 What was known as Little Vegas. U.S. Military photograph

The prison also had its fair share of escaped inmates. Seven inmates managed to escape in 1932, but that is nothing compared to the 100-plus prisoners who escaped in 1945, and 17 more slipped out in 1951. The end for Hoa Lò Prison came in 1990. It was shut down and part of it was demolished. 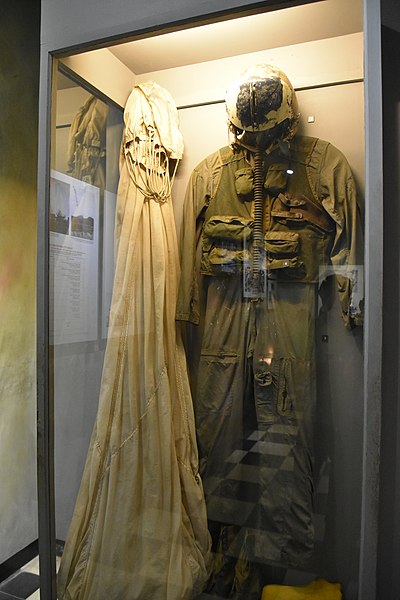 Flight suit of John McCain and his parachute. Author: Richard Mortel – CC BY 2.0

The surviving part today serves as a museum and is fully equipped with life-size mannequins, relics from the days when U.S. POWs were locked up, cherished items such as the flight suit of John McCain and his parachute, and photographs of the American soldiers.