From a humble earth-house to Europe’s largest monastic complex

Kirillo-Belozersky Monastery – translated as “Monastery of St. Cyril on the White Lake” in English – stands within the borders of Northern Russia. Its story began on the shores of Lake Siverskoye in Kirillov: a town and administrative center in the Vologda region. It is said to be Europe’s largest monastery. 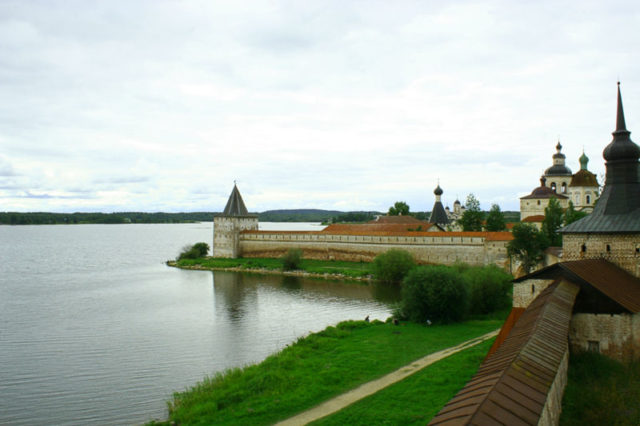 View from one of the towers. Author: Sergey Galchenkov (Сергей Галченков) – CC BY-SA 3.0

The start of its saga can be traced all the way back to the 14th century when it was founded by St. Cyril. As part of a noble Moscow family, the Velyaminov family, St. Cyril spent a large portion of his life in the Simonov monastery. He began as a monk but eventually reached the position of archimandrite. 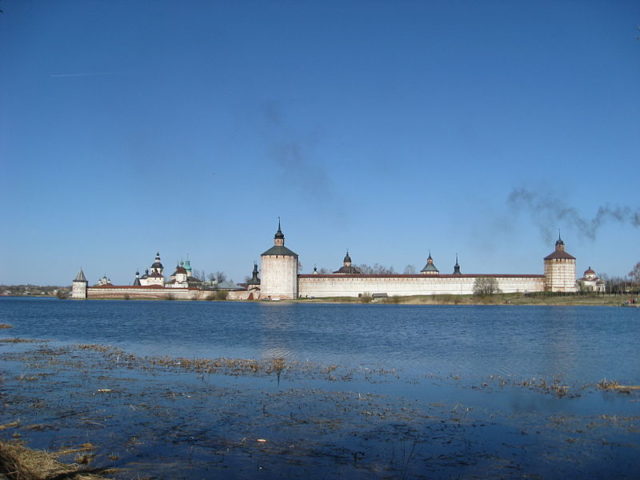 He decided to start his own monastery and ventured all the way from Moscow to Belozersk. He laid the first stone of his monastery in 1397 and remained at the site until his death. 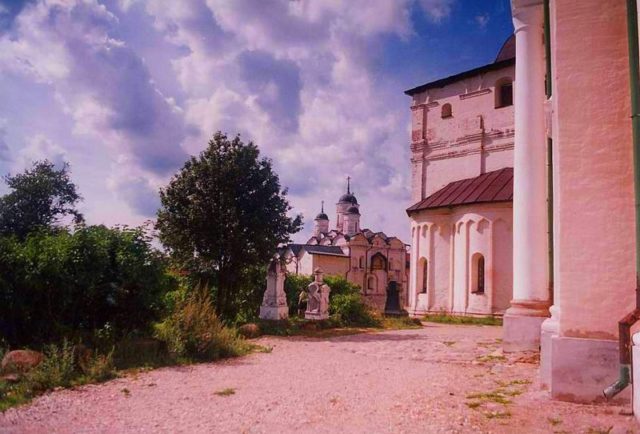 The story of St. Cyril states that the idea to leave Moscow and head for Belozersk came from a divine source. The Virgin Mary is said to have visited him in a dream. St. Cyril gladly accepted the words of the Virgin Mary and did exactly as the dream suggested. When he finally reached the shores of Lake Siverskoye, he dug an earth-house and stayed in it for a year. 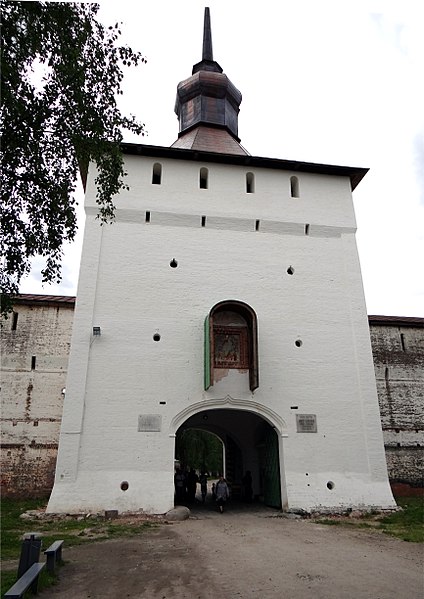 He was canonized in the 15th century. A century after his death, the monastery started to grow exponentially. It went through a major overhaul at the end of the 16th century. Many of the wooden facilities were replaced with new stone structures and the small churches were transformed into beautiful temples. 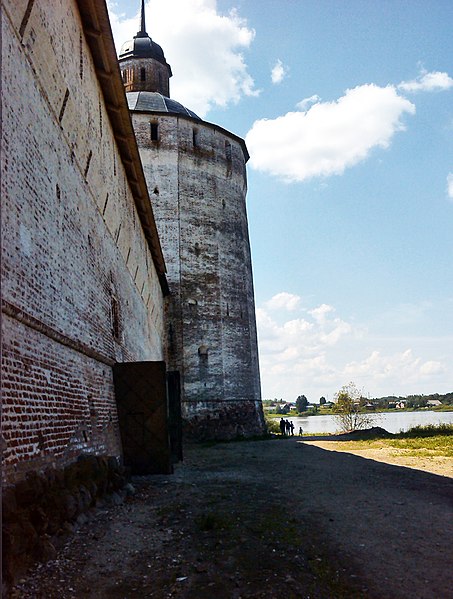 As the years went on, the monastery kept growing and by the middle of the 17th century it was one of the richest landowners in Russia. It was constantly showered with gifts from princes and other nobles – gifts such as books, money, and cattle. 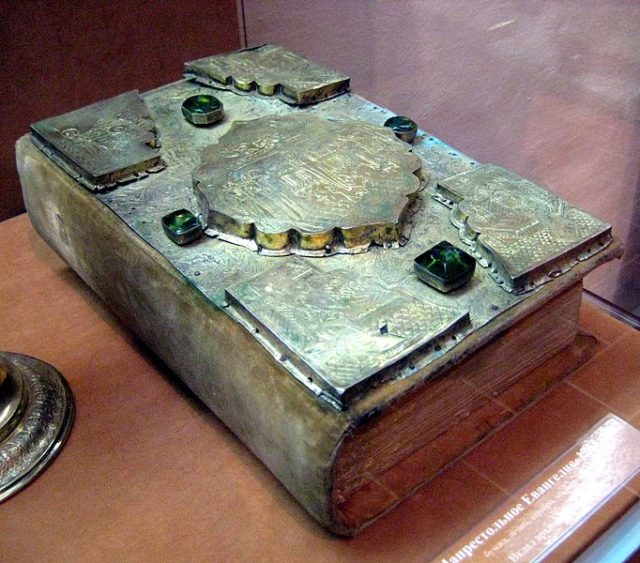 The whole complex was enclosed with mighty walls. Many political figures found this high level of security disturbing. Part of the monastery was used as a prison. When the Polish–Lithuanian War happened, it took on the role of a fortress because such structures in the northern parts of Russia were rare. 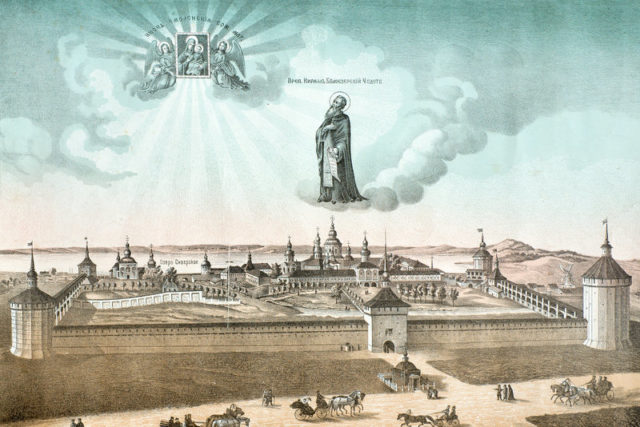 Engraving of the monastery.

For years, the monastery held its ground as Polish invaders desperately tried to lay their hands on the treasure it was protecting. The Polish army only managed to capture some of the cattle and food reserves. After the war, renovations were carried out that included further expansions. 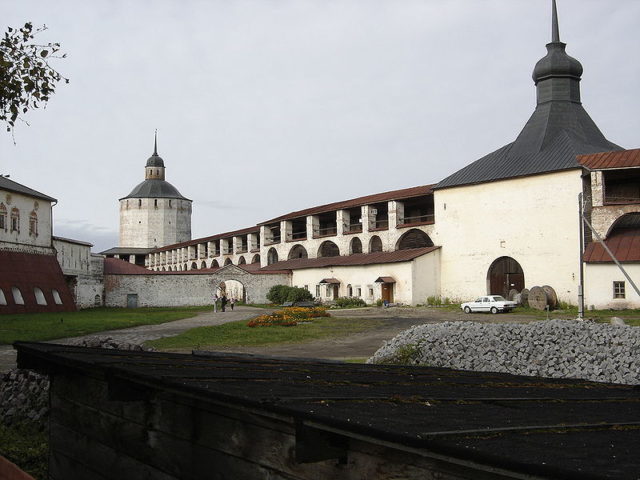 Over the course of 200 years, the small wooden monastery that St. Cyril founded became a full-size town and a powerful cultural center. By 1643, the complex had tripled in size. During this period, the walls were enriched with 165-feet-high towers. 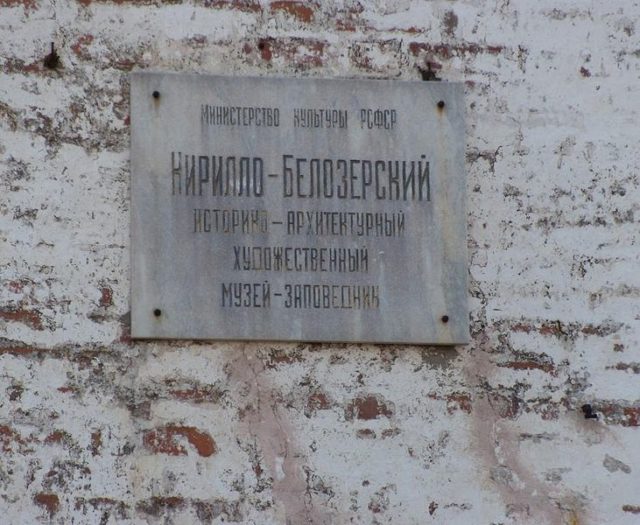 A great number of medieval books and texts were produced in the monastery, as well as icons and religious songs. During the reign of Peter the Great, the founder of St. Petersburg, the monastery went into a period of decline.

Renovations took place during the 1900s. In 1924, it was closed and converted into a museum. It wasn’t until 1998 that monks were allowed to return and use part of the complex. It remains in use by monks to this day.

« H.P. Lovecraft was inspired by these ancient ruins & used them as a reference for the home of his fictional creature Cthulhu
The Beautiful Fort Saint Elmo & the Great Siege of Malta »