Cramond is an island in Eastern Scotland. Close to Edinburgh and just one mile (1.6 km) out to sea. It lies in an estuary that is created by several Scottish rivers, among them, the River Forth giving it the name the Firth of Forth. 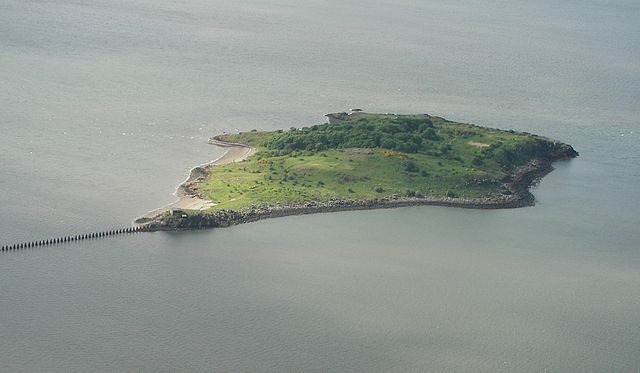 Cramond is a tidal island. When the tide is low, there is a walkable causeway to it. And once the tide rises, the same path is covered by few feet of seawater and cuts the island off from the Scottish mainland. Low tide also reveals the remains of an anti-submarine net that was laid down to stop submarines from entering the estuary during the First World War. 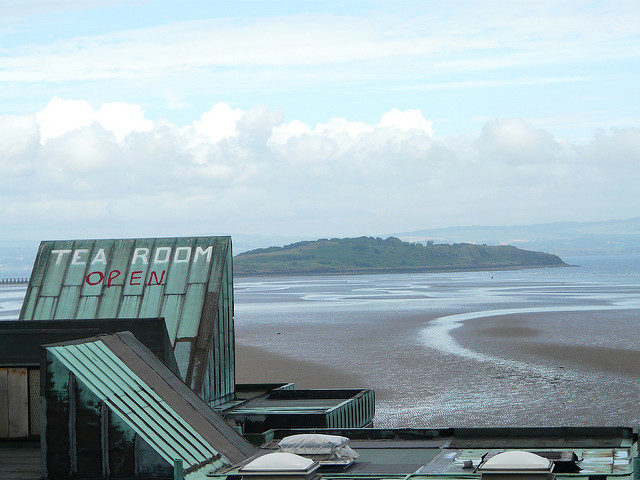 The Tea Room is open and Cramond Island is visible in the distance – Author: Sean Murray – CC BY 2.0

During the Second World War, the tidal passage was “upgraded” with concrete, spiked pylons as a defensive measure against naval attacks. Once the tide was high, ships could sneak inside the estuary and invade the mainland. With these pylons, even at high tide, they would pose a barrier. Giving the defenders at least a warning sign and spare time to prepare the defenses. To pass, the invaders would have to demolish the spikes: a daunting task which was never attempted. 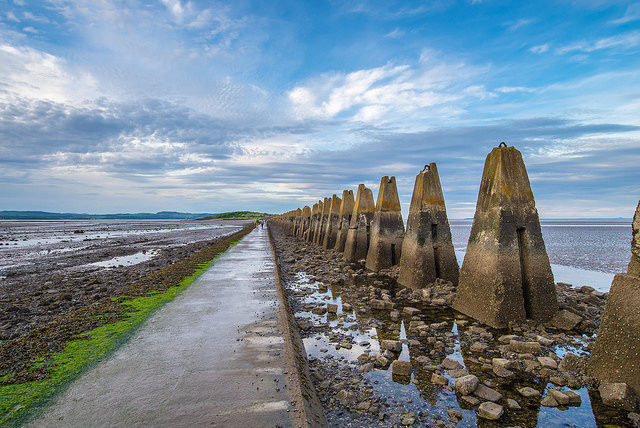 After the end of the Second World War, all of the fortifications on the island were deserted. Still standing among them today, although sprayed with graffiti and overgrown with weeds, are buildings for the Coast Artillery Search Lights, store buildings, and shelters for guns. Concrete gun emplacements and two rooms with oil-powered engines that were used to supply electricity to all of the military buildings on the island are also still on the island today. There are abandoned concrete soldiers’ barracks and another small building made of bricks of purposes unknown today. Another rocky building, which, judging by its construction, predates World War II, was used as an ammunition storage. 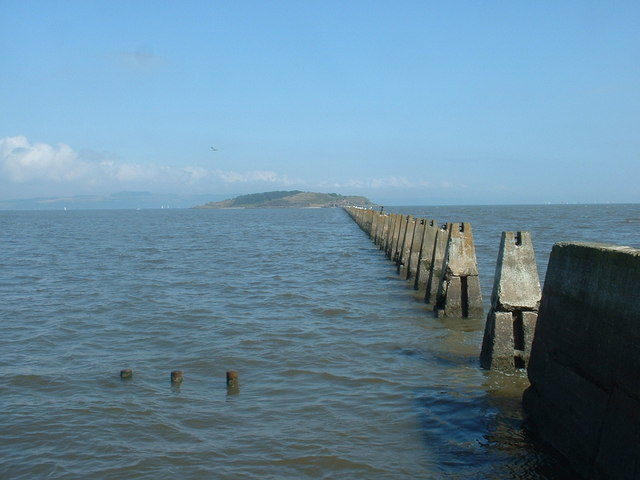 Before the island became a wartime defense mechanism it was rarely visited or used. Occasionally, shepherds would bring their herds to graze. And for a short time in the 19th century, it was holding popularity as a nice summer vacation spot and a holiday retreat for locals. 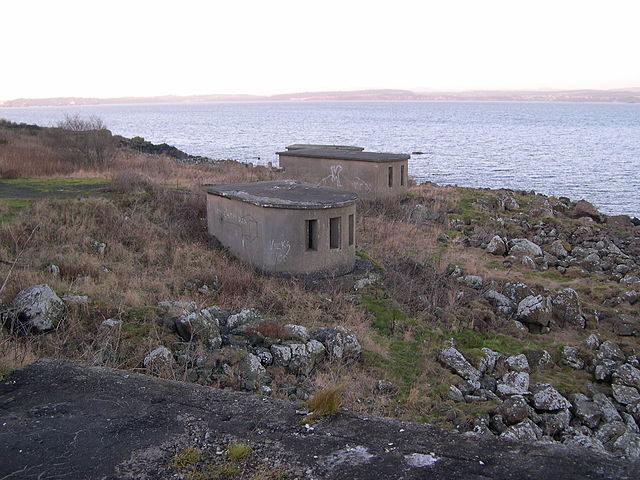 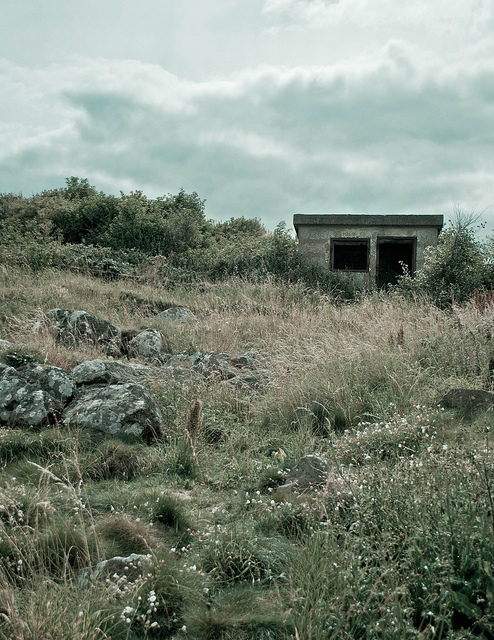 At high tide, it is easy and safe to walk to lonely Cramond Island. However, visitors have to calculate the time well and ensure that they have enough time to walk back from the island, as it is easy to be caught by the high tide and end up stranded on this tidal island. There is a big sign at the beginning of the causeway warning visitors and tourists of this potential danger. 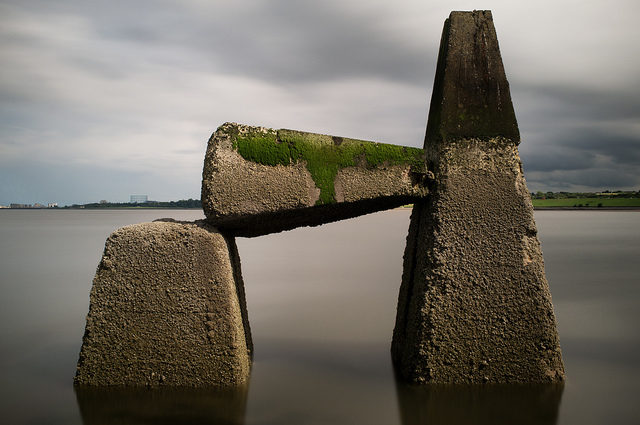 There was a funny story in the Scottish newspapers that also picked up on popularity in the international news. It happened in 2011 when a man named Daniel Defoe from Livingstone an unidentified woman failed to calculate the tides and found themselves stranded on the island. Its similarity to the 1719 novel about a castaway on a desert island, Robinson Crusoe, whose author was also named Daniel Defoe. This amusing coincidence made it an automatic front page in the local newspapers.