Born out of the creative mind process of the illustrious architect William Ittner, this school located in the state of Missouri was one of a kind. It was initially built in 1908 and its exact location in 1421 Carr Street.

A quick stroll up and down the neighborhood reveals a bigger picture for the rest of the buildings (a significant number of them) are suffering from the same fate as this school. 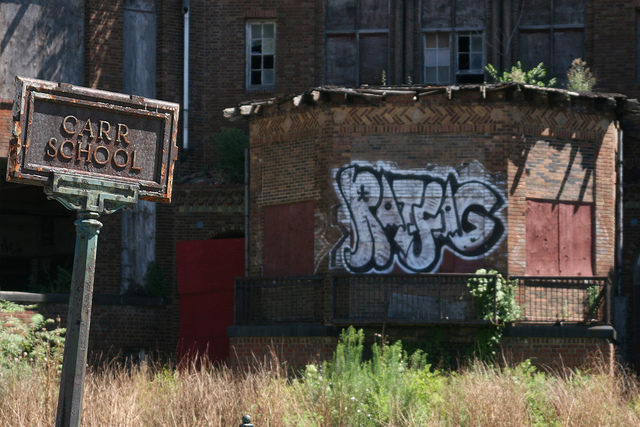 A single look at the school reveals a kindergarten neatly tucked away between two of the school’s wings. On the end of this wall there are jaw-dropping mosaics that depict a number of students going about their daily activities. 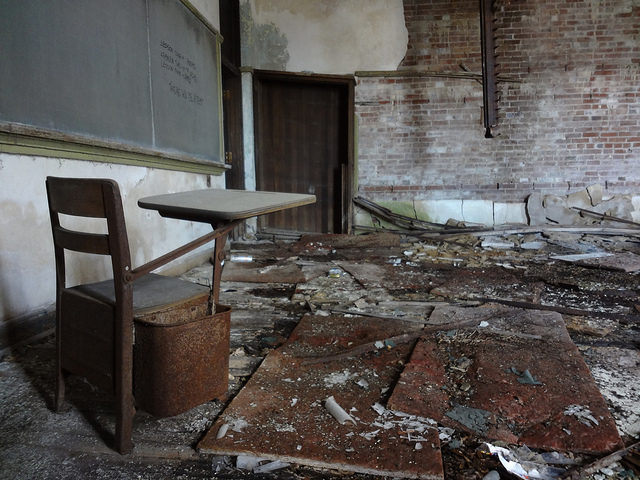 The entire school is covered with polychrome brick and lavish tile. William Ittner himself is the pioneer of the “open plan” design. The initial design incorporated lofty French doors that led to little balconies overlooking the entrance. Over the years and for different reasons the school design was altered. 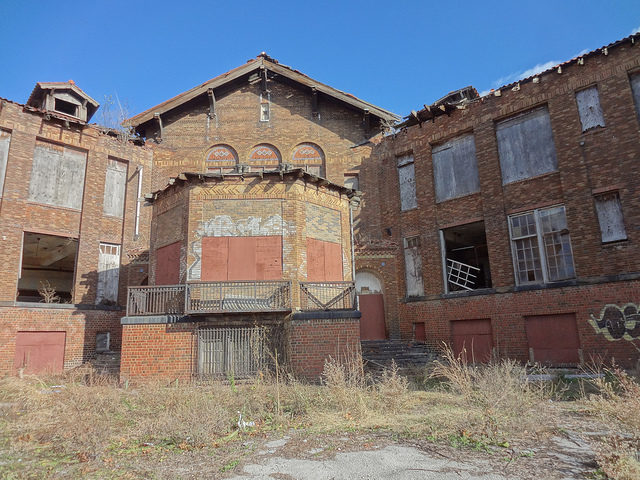 What this meant was that the schools Ittner designed featured a large number of open spaces and more than enough quantity of day sunlight. This plan furthermore means that not only the exterior but the interior gets the deserved attention, featuring one of a kind design patterns in each classroom. On top of it all, the overall safety in the school was something that Ittner found important and worked toward its improvement. 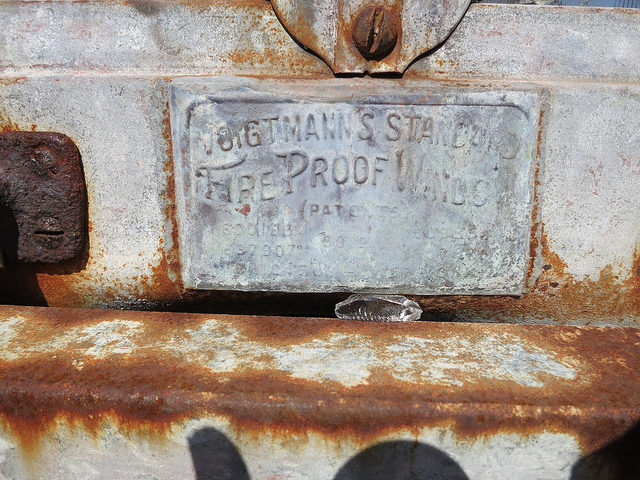 Fireproof window increasing the safety at the school. Author:  Paul Sableman CC BY 2.0

Mr Ittner is the designer of a number of other schools located in and out of the state of Missouri, such as the Henry School some blocks down the road from Carr School and still perfectly preserved to this day. But unfortunately, Carr School was continuously running into financial troubles and asking the government for help. After some period it was decided that it was more reasonable to close down the school. 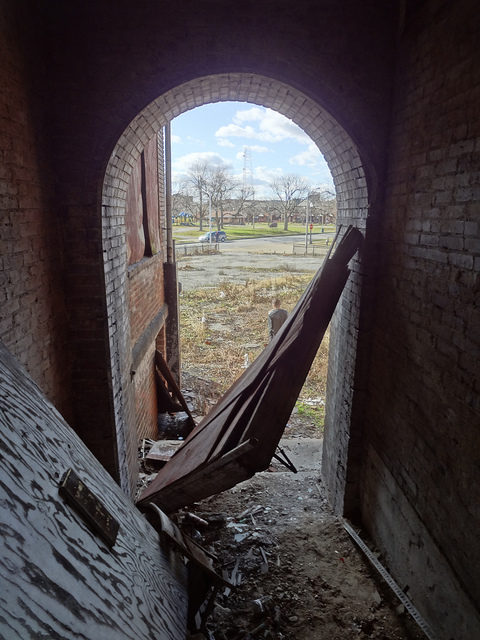 In a desperate attempt to stop the vandals. Author:  Paul Sableman CC BY 2.0

And so it happened in 1978. Ever since the school has been left completely abandoned and its art entirely forgotten. It was in 1992 when the school was listed on the Landmarks Association of St. Louis list of most endangered structures. A decade down the road and the school, even though completely ruined, was listed in the National Register of Historic Places. 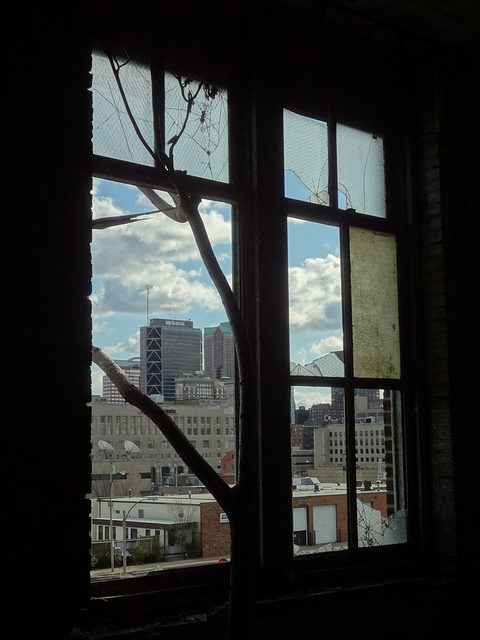 Looking out the window. Author:  Paul Sableman CC BY 2.0

A number of years later the building was brutally destroyed by hooligans and was added to yet another list – this time the list of most endangered buildings. 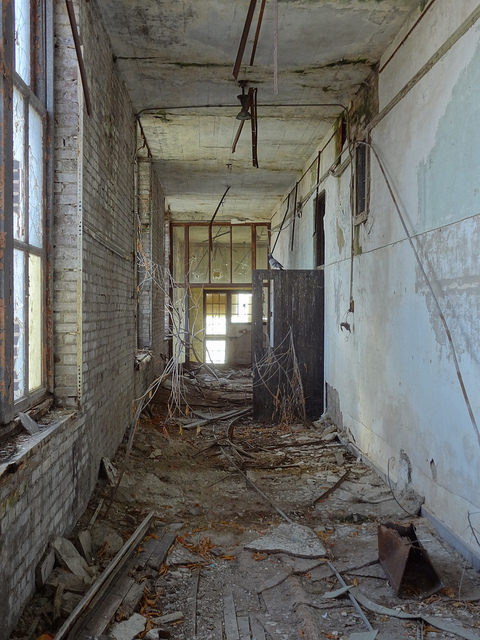 Given the fact that the school is utterly destroyed, boarded up and among the favourite places for vandals, it comes as no surprise when the school reaches the news. This school also serves as a shelter from the elements for a number of homeless people. In an argument over what little they possess, Edward Moore was attacked with a hammer by four fellow homeless men. 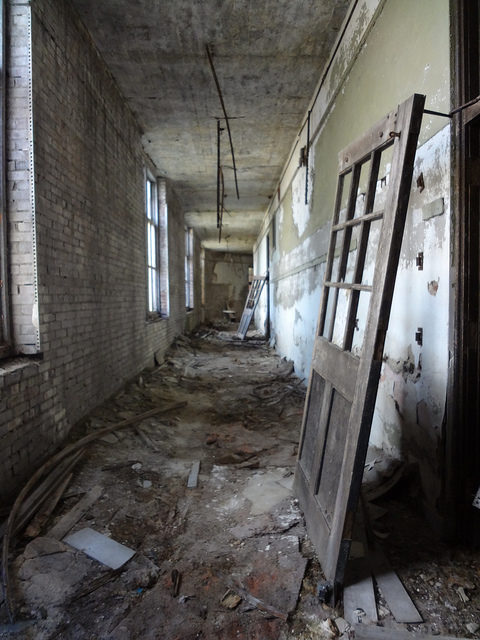 One of the hallways. Author:  Paul Sableman CC BY 2.0

Even though it was purchased by Carr Square Tenant’s Association with the plan to be converted into a home for the elderly or even some type of community centre, the idea was never realised. 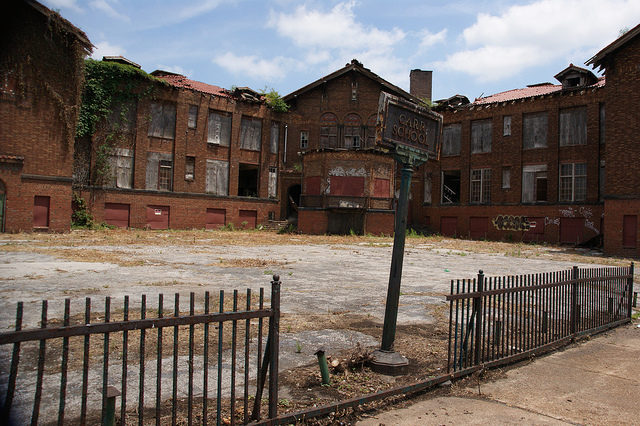 It was once a place where young people could learn and develop into strong and educated persons but today it is nothing more than an old decaying building that even the most experienced urban explorers skirt around. Plus there is the risk that the roof might cave in. 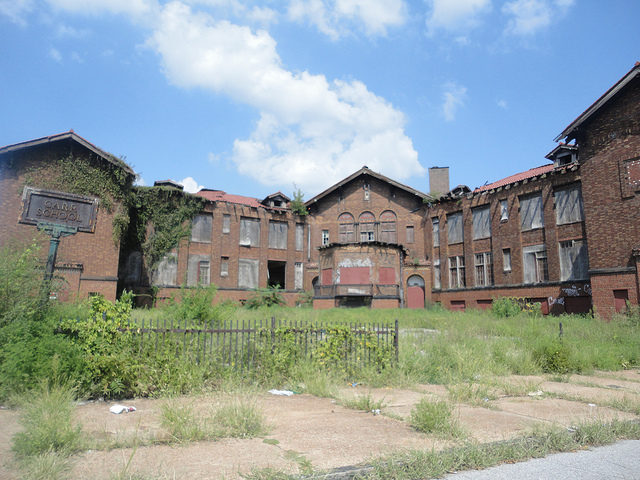 The entrance to the school. Author:  Paul Sableman CC BY 2.0

With each passing year the damage of the buildings is getting bigger but so is the proof that Mr Ittner made this school to be as tough as time itself, but not tougher. The authorities talk about the possibility of demolition, for the school is now beyond the state of repair. The locals think that the building will fall nonetheless, formally demolished or not.

And with each fallen brick, a memory gets chipped off and lost for this is where many of the local folks, now grown men and women, found their first friends and their first secret crush.

« Battle Abbey: built by William the Conqueror in memory of the last Anglo-Saxon King of England
Church of the Transfiguration – or the lost battle with the elements »