The movement of Mexican muralism began during the 1920s. The art movement is characterized by the painting of murals – usually with social or political messages relating to the unification of the country – and was pioneered by the artists David Alfaro Siqueiros, José Clemente Orozco, and the painter known by his much-shortened name: Diego Rivera. 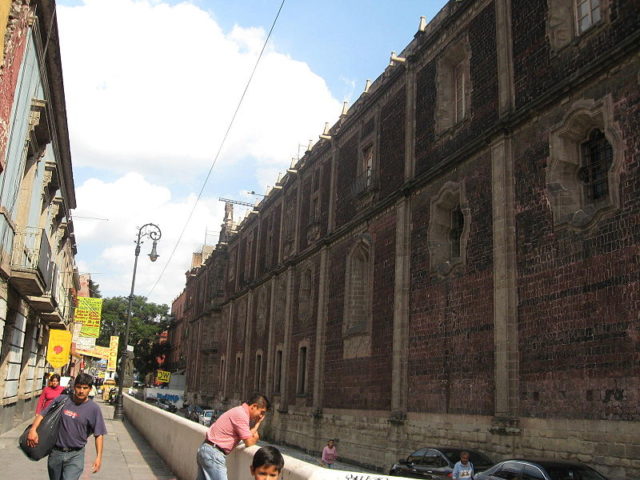 View of the facade.

The story of San Ildefonso College began 446 years ago, in 1572 when the Jesuits first came to Mexico. The evangelization of Mexico’s natives followed over the years.

As the religion became more widespread, the Jesuits began to construct schools, with the aim of bringing their knowledge closer to the Criollo people, who were the part of the Mexican population that was mostly of Spanish origin. 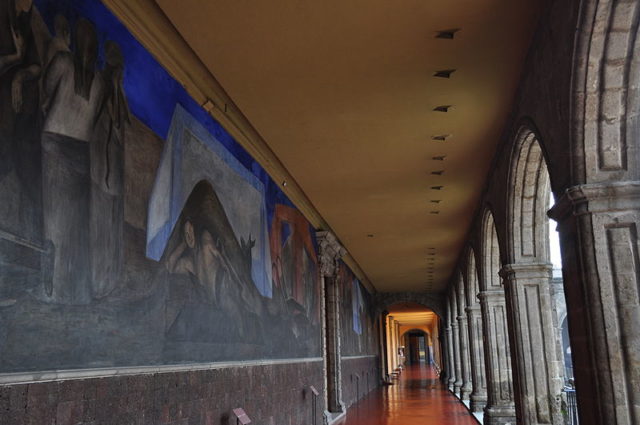 The Jesuits erected their schools and colleges mostly in Mexico City, but also in some local provinces. In 1588, San Ildefonso College was constructed, and it was considered to be the most important educational institution of them all.

Thirty years later, the college was merged with the older San Pedro y San Pablo College and by doing so it received the royal seal of Philip III of Spain. Philip III was a much-criticized king; the historian J. H. Elliot wrote that Philip’s “only virtue appeared to reside in a total absence of vice.” 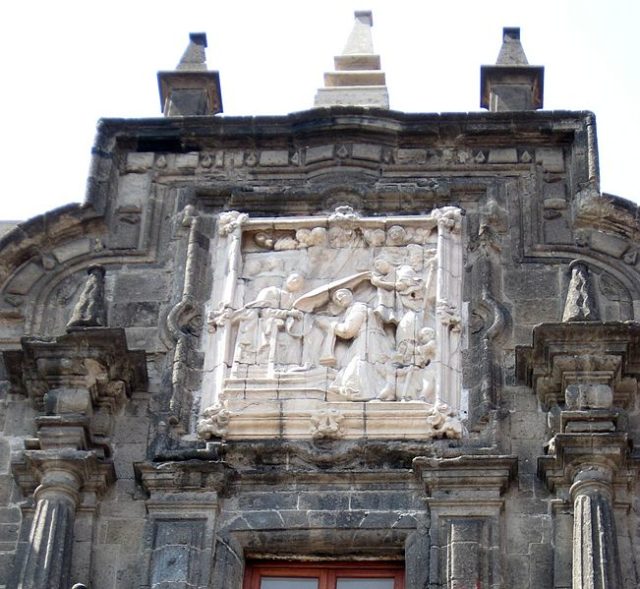 A relief detail on the upper portion of the portal.

Although the college was erected by the Jesuits, not all school classes were dedicated to religion. Despite being dubbed as a college, it was nothing like the colleges we know today. Over the years, the school performed beyond its expectations and the number of students kept growing. At the start of the 18th century, its population grew so much that soon an extension was desperately needed.

In 1712, construction work commenced to expand the college. In 1749, the work was completed. The newer section was named “Colegio Chico” and the original section of the college became “Colegio Grande.” According to researchers, the college’s facade was also constructed during this period. 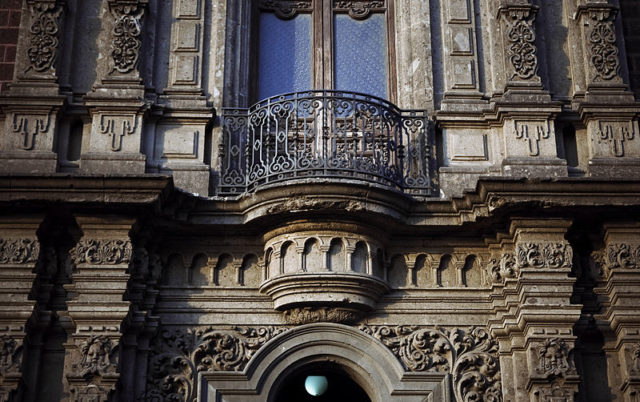 Things changed in 1767 when King Charles III of Spain arrived in Mexico City. Charles III disliked the Jesuits, and they were expelled from Spanish lands. As a result, the college began to lose its reputation and many students left.

From 1767 to 1867, the college kept its primary use but was also used to house soldiers of the Spanish Army. 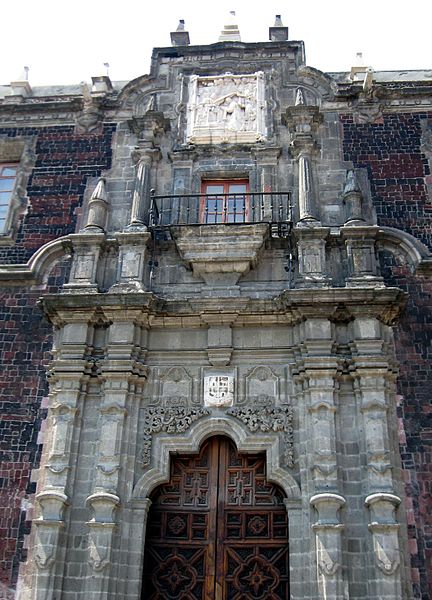 When the Mexican–American War began, the college was used as military barracks. The building began to lose its former beauty. In 1867, the college was converted into a National Preparatory School, with Gabino Barreda as its director. As years went by, it went through many ups and downs and reached a high point in the 1920s. 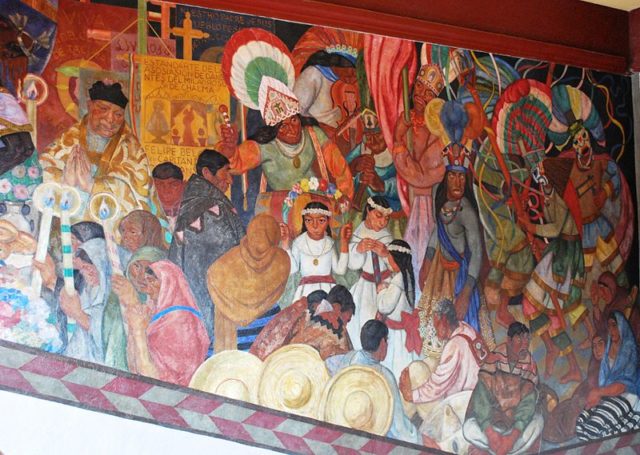 A mural on one of the walls inside the college. Author: Fernando Leal – CC BY-SA 3.0

This was a period after the Mexican Revolution: a period when the Mexican Government supported the art of mural painting, especially the painting of murals with a theme centered on Mexico’s rich history. San Ildefonso College was an integral part of the rise in mural painting, as it was among the first buildings to be completely covered with mural paintings by famous artists Diego Rivera and Fermín Revueltas Sánchez. 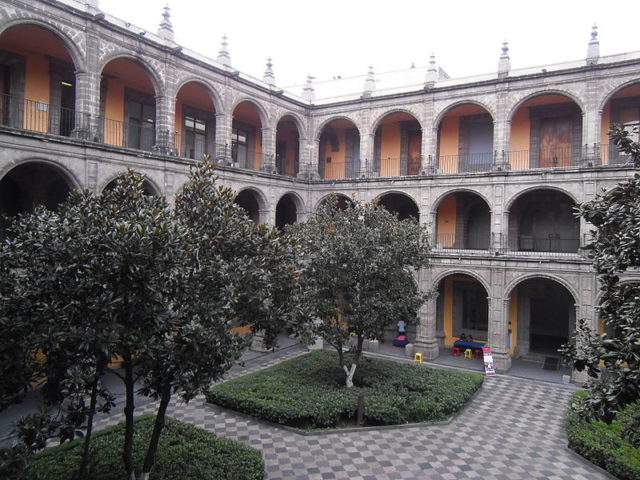 In 1968, students hid in the building during the student revolts, and the Mexican Army decided to blow up the old college door in order to enter the building. When things settled, the college was once more used as a Preparatory School until 1978, when the school was closed and abandoned and remained that way until 1992.

After a major overhaul, the building was opened to the public in 1994 as a museum and cultural center. It remains in use as such to this day and is an important symbol of a part of Mexican history. A number of the murals are as vivid today as they were back in the days of their creation.

« RMS Aquitania: A rival of RMS Olympic and RMS Titanic
Clonmacnoise Monastery: from a rich monastic complex to one of Ireland’s most famous ruins »