Scott’s Hut and the fellowship of Robert Falcon Scott

It is the thrill and the rush of adrenaline a person gets once a massive task gets accomplished successfully that has drives us to push the boundaries further forwards. And it doesn’t get tougher than conquering the never-ending white of Antarctica. The ill-fated Terra Nova Expedition of 1910 to 1913 went on such a journey, to battle with the cold and unforgiving conditions of the South Pole.

The brave leader that went on and led this fellowship was Robert Falcon Scott. Their mission was to convey scientific and environmental research, and also to fulfill a deeper wish. They wanted to be the first to arrive at the South Pole. 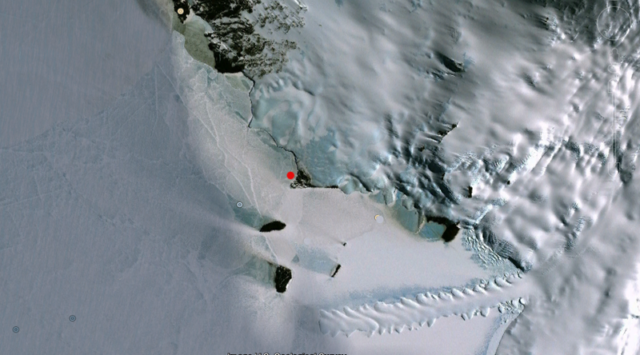 Unfortunately for Scott and his team, they were beaten by the team led by Norwegian explorer Roald Amundsen, who arrived whole 34 days before them to officially become the first people to reach the Antarctic on December 14, 1911. Scott’s mission was nonetheless important for their scientific discoveries showed that the continent was once forested.

This was not the first Antarctic expedition for the British Royal Navy officer Captain Robert Falcon Scott, who led the Discovery Expedition from 1901 to 1904 for the Royal Society and the Royal Geographical Society. 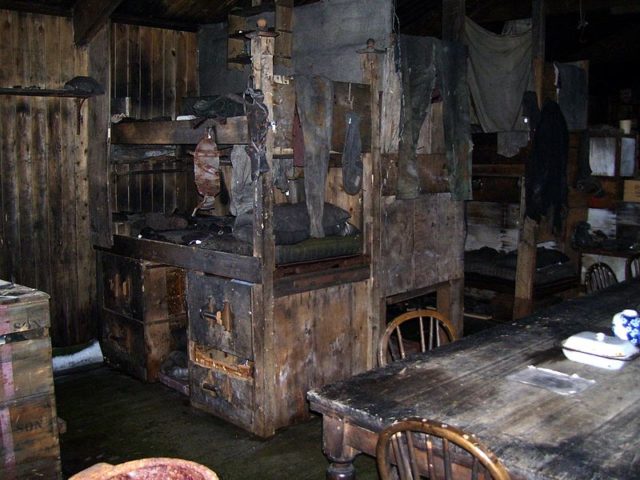 The interior of the hut. Author: lin padgham CC BY 2.0

As the base of operations for the Terra Nova expedition, Scott chose to erect a hut on the north shore of Cape Evans. This building of 25 by 50 feet was essential as a place to keep all the men who came ashore from their ship, the Terra Nova, along with their supplies and scientific equipment warm and away from the ever biting cold of Antarctic. The building that they used was put up in 1911. A stable for the ponies and a utility room were later added. 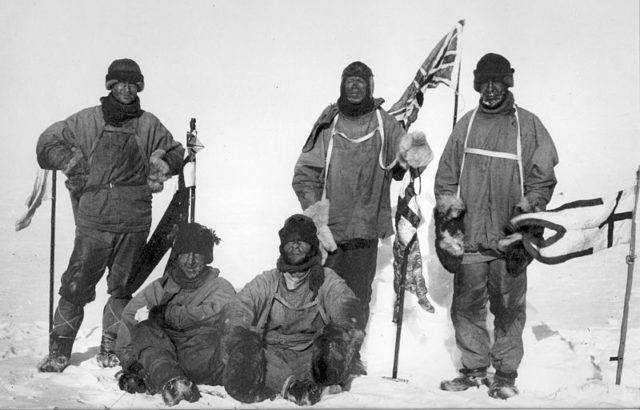 The hut itself was in fact pre-assembled in England and was carried on the ship to its final destination. It uses seaweed as a natural insulation material between layers of wood in the walls, and wood sandwiched with rubber and more seaweed was used for the roof. Inside, the hut was split into separate areas for sleeping and working. 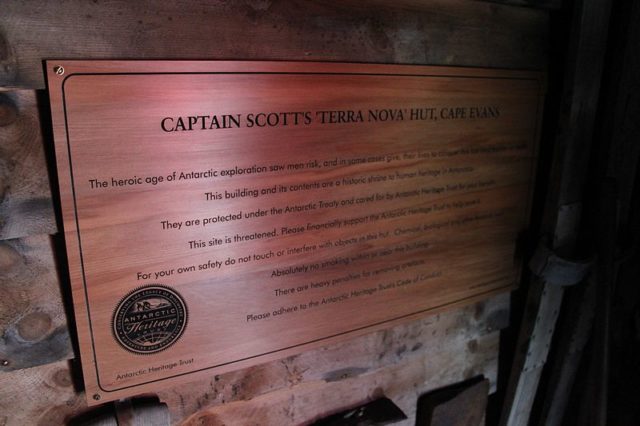 Scott used his previous experience of the extreme Antarctic temperatures to ensure that the hut was kept warm for the shore party of 25 men, who lived inside it throughout the winter of 1911. The hut was equipped with a stove plus an additional furnace and lit by carbide lamps. Journals from the expedition witness that the hut, despite the low temperatures outside, was kept tremendously hot.

15 men set out from the hut on November 16, 1911, on the hazardous adventure to trek to the south pole. The last of the three support teams turned back with 150 miles remaining. Five men continued, reaching their objective on January 17, 2012. However, the return journey was never completed. Their frozen remains and their journals were collected in the spring by the search and rescue party. 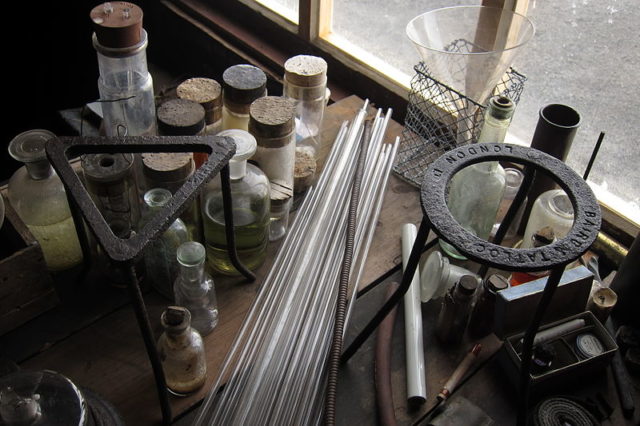 One man was found on the Beardmore glacier, and Scott’s journal recounts that Captain Lawrence Oates, who was suffering from severe gangrene, walked out into a blizzard with the famous words “I am just going outside and may be some time”.  Scott and his two remaining companions were inside their tent, pitched just 11 miles from the hut. 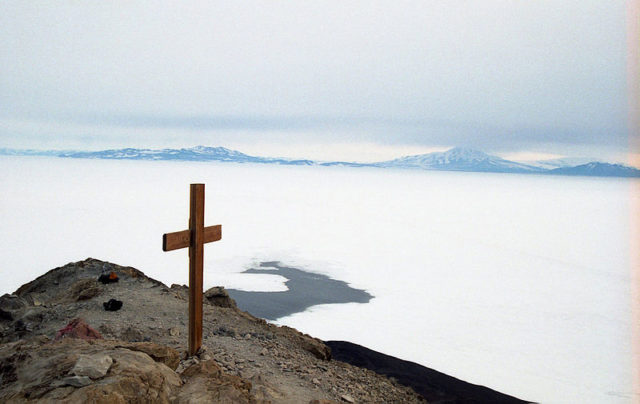 After they left, the hut was once more reused during 1915-1917 by the Ross Sea Party. The hut became home to ten men. When the Ross Sea Party was done with their mission to rescue the crew of SY Aurora, they left the hut in great order and locked it behind them. 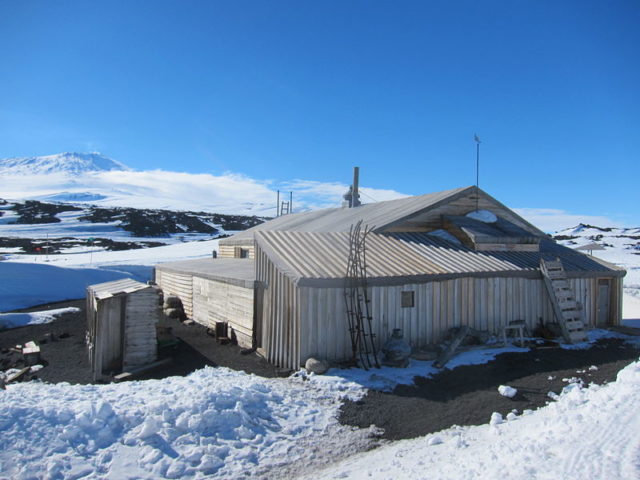 The preservation of the hut. Author: Sandwichgirl CC BY-SA 3.0

Since then the hut remains alone in the middle of the white Antarctic. Abandoned since 1917, the hut is conserved in excellent condition due to the exceedingly low temperatures. It remained empty and unaccompanied until 1956. 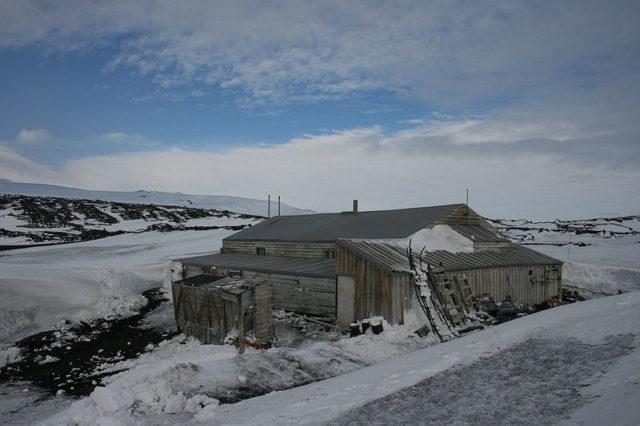 The hut from the outside. Author: Eli Duke

During this period the hut was completely covered in snow, requiring an enormous amount of effort to dig it out. Once the members of Operation Deep Freeze got inside, they were particularly surprised to find out that the hut was untouched since it was last locked. 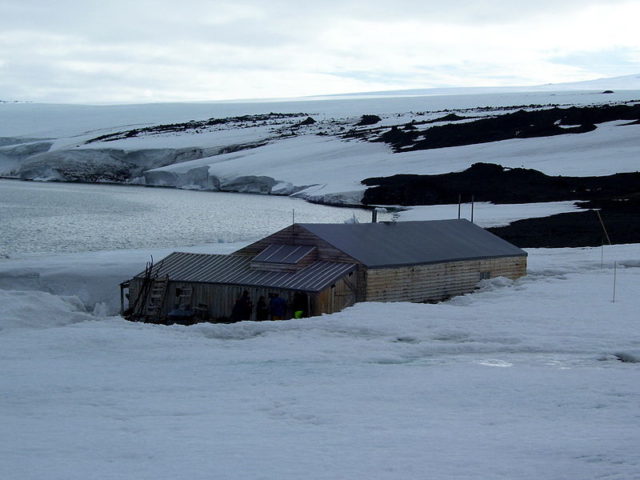 The hut from the outside. Author: lin padgham CC BY 2.0

All of the objects inside were frozen as if in stasis, forming a perfect time capsule. Even today, the hut remains in the perfect state, thanks to the efforts taken by the United Kingdom and New Zealand to preserve it for future generations. Given the fact that the hut was made from organic elements, decay still occurs even to this day.

« Gibraltar Point Lighthouse – the mystery from January 2, 1815
Downhill House: The ruined mansion once was a home and a little museum of the eccentric Earl Bishop »