In a small district or commune of Southern France known as Avignon, there is a remarkably beautiful bridge that has been standing since medieval times. For centuries it has been known as Pont d’Avignon, but its official name today is Pont Saint-Bénézet.

According to the local story, Bénézet was a local shepherd who was visited one night by God telling him to construct a bridge over the Rhone River. At first, when he told his vision to the locals, they ridiculed him and did not believe him. But Bénézet was a very convincing man with a natural ability to make people listen to him and after a short time, many of them came to believe in Bénézet’s vision.

It is said that at the moment when he was ridiculed he suddenly lifted a huge stone in the air which proved that he was telling the truth. The construction started in 1177 and historians believe that it was initially a wooden structure made from oak. 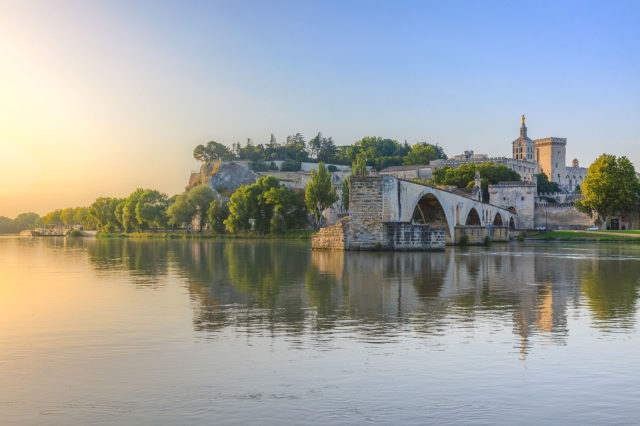 At that time, it was the only way for the people of the Mediterranean and Lyon to cross the river. Throughout the centuries, Avignon was often flooded by the Rhone River and the bridge collapsed several times. Originally, it consisted of 22 arches but only four of them have survived to date. 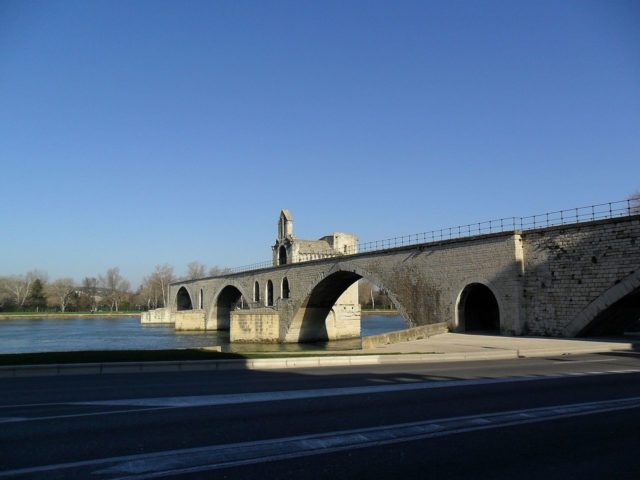 Only 4 arches remain today of the original 22. Author: Vinko Rajic. CC BY 3.0

In the 14th century, the bridge was reconstructed in stone by the people of Avignon after it was destroyed when the commune was besieged by Louis VIII who captured the major fortresses in the commune. After massive flooding occurred during the 17th century, no one took initiative to rebuild the bridge because the damage was beyond repair. The only part remaining today is the gatehouse through which the bridge passed. 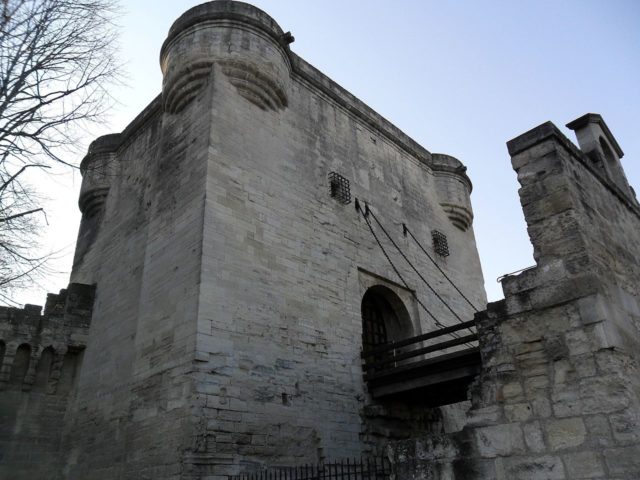 Besides being important to the papal court, it was also essential to the boatmen of Rhone dedicated to St. Nicholas. They built a chapel on the bridge where the body of Bénézet was laid to rest after his death. Because of the instability of the structure, another church was erected in the 18th century situated just before the bridge overlooking the commune. 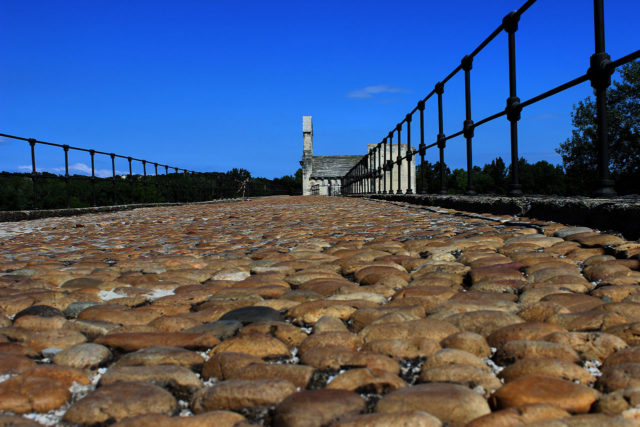 There is also an island in the river called the Ile de la Barthelasse, which is one of the largest of its kind in Europe. After the bridge was abandoned, the citizens of the island came up with many ways of crossing the river to get to Avignon. For some time they used ferries and later, according to Avignon & Province, the river was crossed on a little path on which wooden stairs were added in order to reach the arches of the bridge and get to the commune. 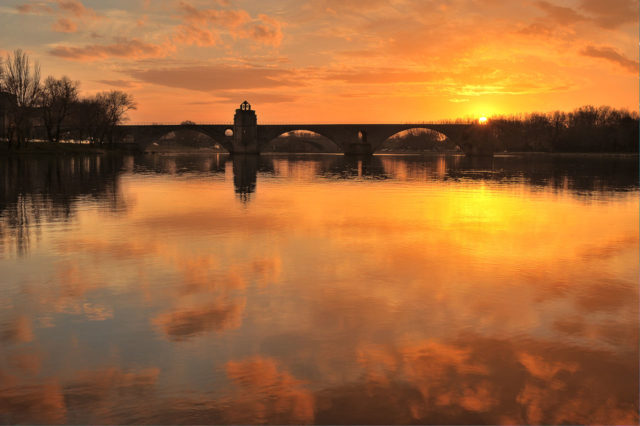 It is one of the biggest tourist attractions in Southern France. Author: Laurent JOUFFRE. CC BY-SA 3.0

There is a song composed for the bridge which is called “Sur Le Pont d’Avignon.” The lyrics are about dancing on the bridge, and it is a very popular children’s song in France and the UK. As tradition had it, when the bridge was safe, people used to dance on it while singing this song, holding their hands and crossing the bridge. However, this can no longer happen as half of the bridge is gone missing. 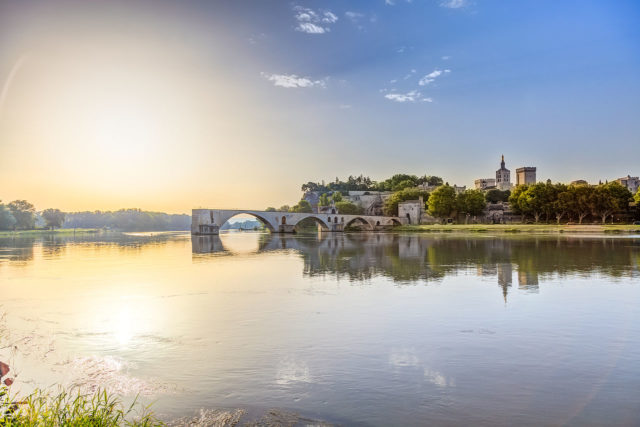 It is listed as a UNESCO Heritage Site as part of the historical center of Avignon. Author: Fenliokao. CC BY-SA 3.0

Despite it being only a remnant of what it used to be, the bridge is still a popular tourist attraction and many events have been held on the remaining four arches. Around the Ile de la Barthelasse, many water sports are available including swimming and kayaking. People from all across the globe come to admire the beauty of this 14th-century construction. It is part of the historical center of the commune and is listed as a World Heritage Site by UNESCO.