In the south of Jordan is the historical city of Petra. It was originally known as Raqmu to its inhabitants and archeologists believe that the surrounding area had been inhabited since 7,000 B.C.

Today, Petra is also known as the Rose City because of the color of the stone from which it is carved. The nearest town is that of Wadi Musa, which offers transport to the city as well as accommodation for travelers.

The Nabataeans were nomadic Arabs who controlled the trading routes across a vast stretch of the Middle East – from modern Israel to the northern Arabian Peninsula.

They decided to make Petra their main site of business because it was close to many of their existing trade routes.

They were also probably attracted by the fact that being surrounded by rocks with a perennial river, it’s an ideal desert fortress.

Petra became the capital of the Nabataean empire and its main trading center. The Nabataeans gained a considerable amount of income through trade but they also received income from taxes paid from caravans passing through their territory.

The Nabataeans were considered masters in construction as they possessed a vast number of skills including iron production, copper refining, and working with hydraulic engineering.

They made Petra an oasis by controlling the flash floods that plagued the region using a system of dams, cisterns, and water conduits. These measures allowed the city to flourish even in times of drought.

In 106 A.D., Petra lost its independence and became part of the Roman Empire. The province was called Arabia Petraea and Petra was its capital.

Although Petra continued to flourish under Roman rule, after some time the city’s international trade began to decline as trade shifted more towards sea routes.

In 363 A.D., a major earthquake occurred that destroyed many structures and also damaged the water management system which was vital to the city’s prosperity.

The second strong earthquake, which occurred in 555 A.D., did more damage than the first. By 700 A.D, Petra was completely abandoned. 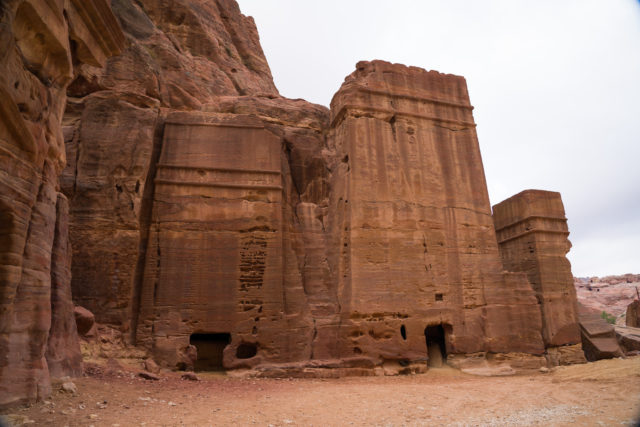 After the city was abandoned, many forgot about it. It wasn’t until the 19th century that the beautifully carved city came back to the attention of the world when Johann Ludwig Burkhardt, a traveler and explorer, rediscovered this spectacular sandstone city.

In 1839, the Scottish painter David Roberts returned from his travels with sketches of the site and stories about the local tribes. After that, an archeologist called Philip Hammond excavated the site for a period of 40 years. In 1929, a group comprised of two archeologists, a physicist, and a folklore expert continued to survey the site.

Al-Muheizen, an archeologist from Jordan’s Yarmouk University, has been excavating in Petra since 1979. He has stated that he’s uncovered evidence to suggest that the Nabataeans were living in Petra in 312 B.C.

He is also quoted as saying that they’ve only uncovered about 15% of the city so far, so there are still plenty of secrets left to be discovered in Petra. 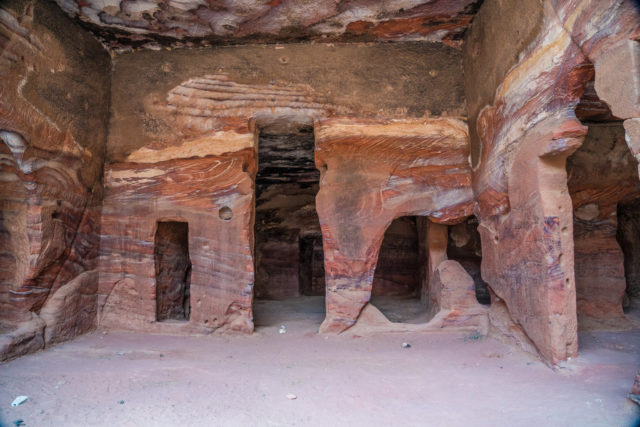 On December 6, 1985, Petra was added to the UNESCO World Heritage List. UNESCO described the city as “one of the most precious cultural properties ​​of man’s cultural heritage.”

The area and its fabulous history remain subject to many threats such as erosion from frequent floods, the collapse of ancient structures, and the improper restoration of structures among others.

In 1989, the Petra National Trust was set up in order to address such threats and the charity has worked with various organizations on projects to protect and preserve the historic city.

In 2007, the city of Petra was named as one of the New7Wonders of the World,  a campaign where the public could vote on a new set of Seven Wonders from a choice of 200 existing sites around the world. 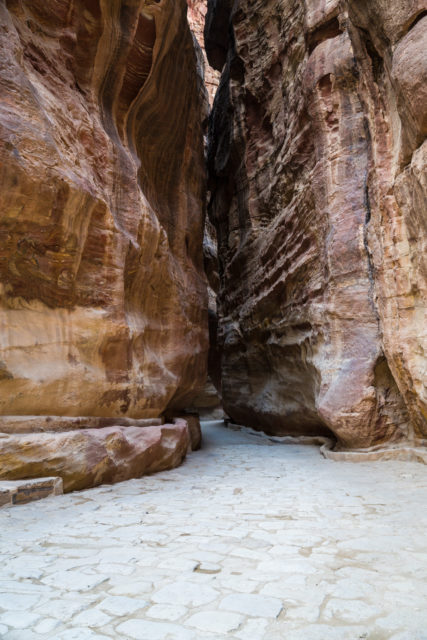 Petra became a symbol of Jordan and the country’s most visited tourist attraction. In 2010, 918,000 tourists visited this place. In 2019, the largest number of tourists was recorded – 1.1 million people.

Visitors can witness various combinations of architectural styles that have come about as the Nabataean architecture has been adapted or altered by the Romans.

Access to the city is via the Siq – a long, high-walled crack in the stone which leads to the Treasury, perhaps the most impressive of Petra’s structures.

The fame and beauty of this place have also made it a much sought after filming location for movies, TV series, and music videos. Perhaps most famously, the entrance to Petra was featured as the Canyon of the Crescent Moon in the movie Indiana Jones and the Last Crusade.

Except where otherwise indicated, all the stunning photographs in this article belong to photographer Denise Keith.

Keith has a huge collection of her own photos from different locations on her Flickr account. A big thank you to her for giving us permission to use them. 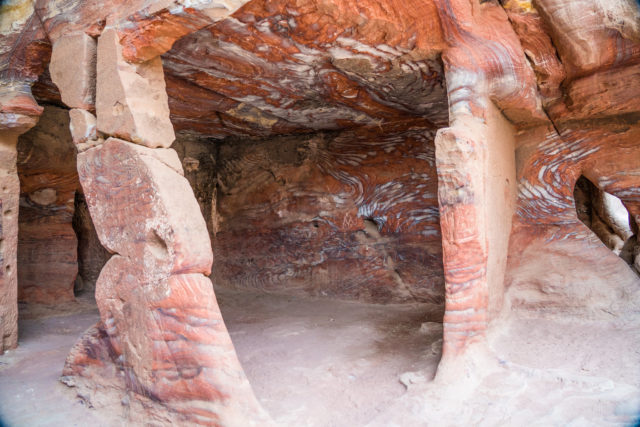 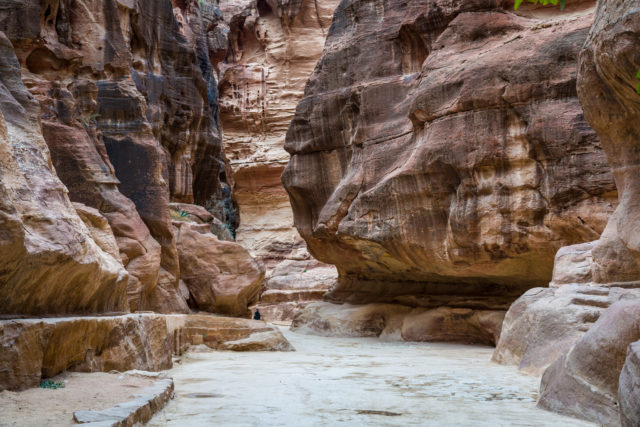 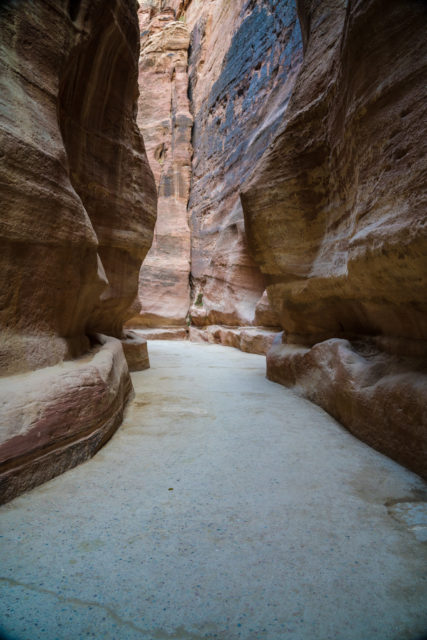 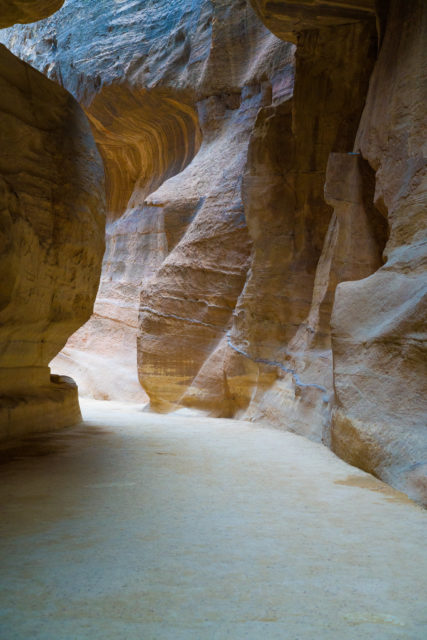 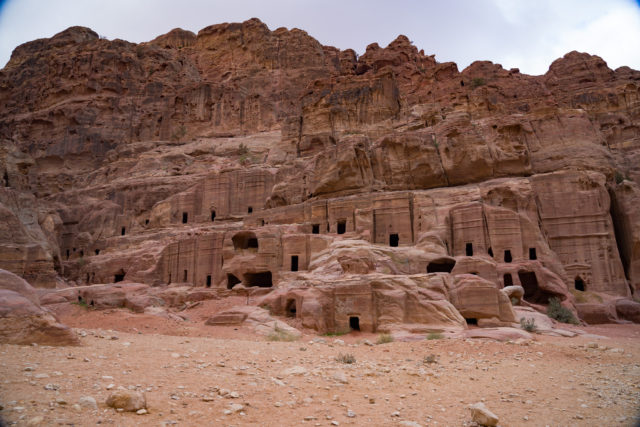 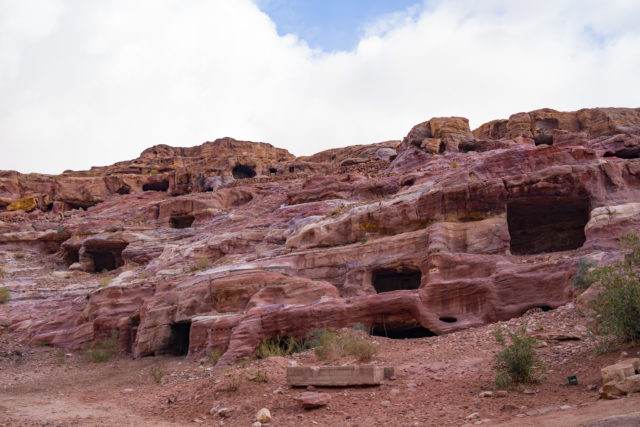 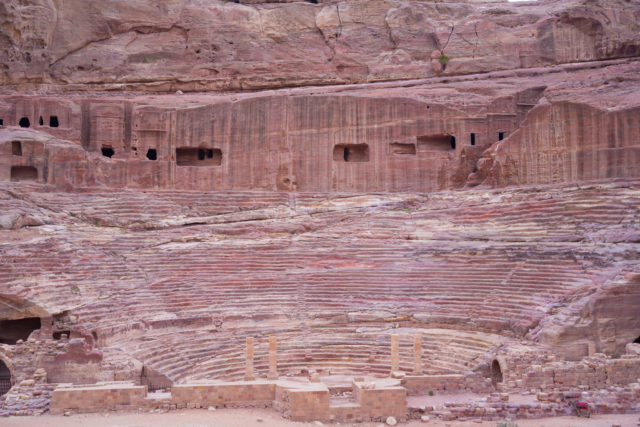 « Presidents’ Heads in Virginia
The Abandoned Circular Railway in Paris »