Agdam: The Ghost Town With its Own Football Club

The ghost town of Agdam was founded around the end of the 18th century on land within the state of Azerbaijan. The city of Agdam received official status only in 1828. By 1991, the population of the city was about 39,200 inhabitants.

Currently, the city is almost completely destroyed and uninhabited, a casualty of war. In 2020, it came back under the control of Azerbaijan. 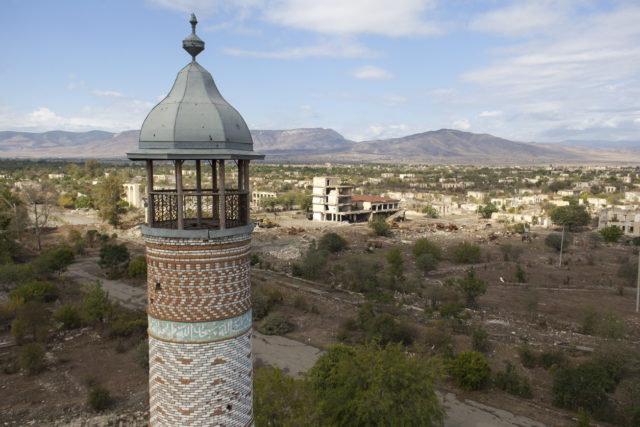 Agdam started out as an ordinary city where the inhabitants worked in industries such as butter, wine, silk, and machinery production. An airport and two railway stations were also built in the city. The name of the city, when translated from Azerbaijani, means “white house.”  However, some propose that the name comes from the ancient Türkic dictionary and means “small fortress.” 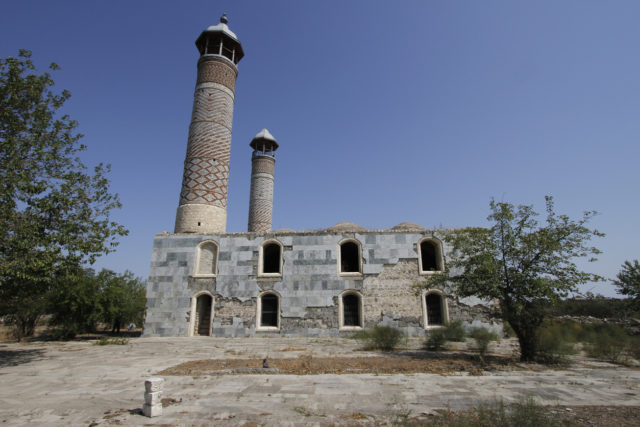 By Konstantin_NovakovicArmenia supported this rebellion, claiming this territory belonged to the ancient Armenian kingdom in the 4th century BC. The area became locked in a brutal war.

The beginning of the end for Agdam came when the Azerbaijan military decided to use the city as a base from which to launch bombing and missile raids on Karabakh in the First Nagorno-Karabakh War.

Thinking that Azerbaijan was planning an offensive from the city, the Armenian troops took action. They attacked and then occupied the territory of Agdam from July to August 1993. The population of 40,000 was forced to flee east. 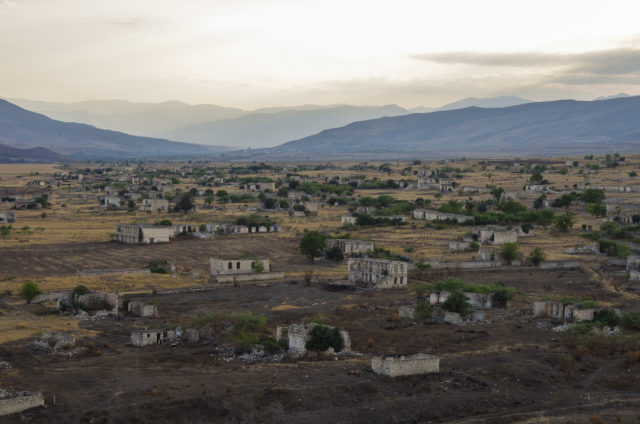 Rather than using the city for their own ends, the NKR forces chose to destroy most of Agdam to deter the Azerbaijani refugees from returning home. The city became part of a buffer zone and remained uninhabited. In the years following its abandonment, local residents plundered Agdam for construction materials, some of which were used in Stepanakert. 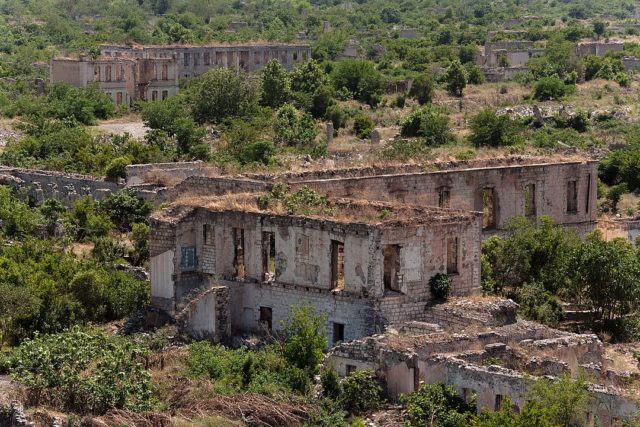 The only building left standing was the Agdam Mosque which was built in the 1860s. However, it soon became a target for vandals and looters. Nothing remains of the roof, windows, doors, or interior marble. At one point, it was even used as a cowshed.

In 2010, a photographer highlighted the pitiable state of the mosque, causing outrage from the Azerbaijan media. As a result, the government of Nagorno-Karabakh cleaned and refurbished the site, along with another mosque in Shusha. 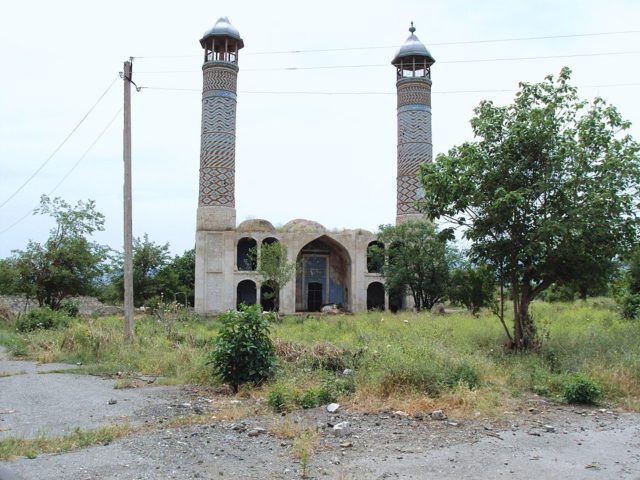 Agdam and its surroundings were embroiled in a second war named the 2020 Nagorno-Karabakh war, which saw Turkey and Azerbaijan against Armenia and the Republic of Artsakh. Hostilities began on September 27, 2020, and a ceasefire was agreed on November 10, 2020. On that date, Agdam was returned to the control of Azerbaijan.

Consequently, Azerbaijani soldiers entered Agdam, cleaned up the area, planted their flags, and held Friday prayers in the mosque.

Interestingly, although no one has lived in Agdam for many years, the Agdam football club Qarabag FK still plays in the Azerbaijan football leagues. These days, it’s based in the city of Baku.

Today, the buildings are so badly damaged they are practically ruins, but a big clean-up project is planned for the city. It is estimated that it will take about 2-5 years for Agdam to be habitable again, and local landmines should be completely removed in 15 years’ time. There are also plans for a new railway line from Yevlakh to Khankendi to go via Agdam. 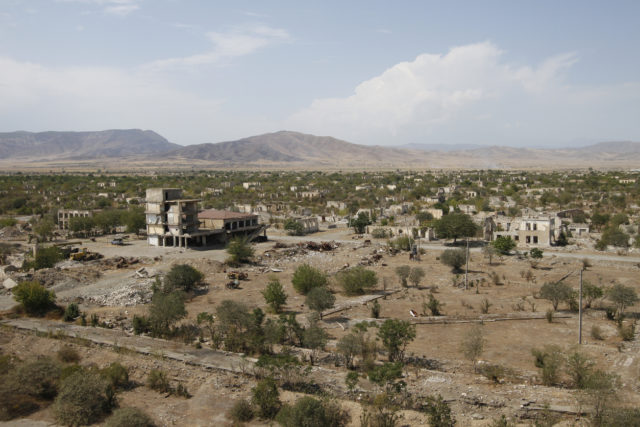