Batsto Village is a ghost town like on other. With roots that can be traced back to 1766 and the last remaining resident leaving in 1989, Batsto is definitely nowhere near what could be called a contemporary town.

And yet, judging by its appearance and the state that’s in, this village looks as if only recently had finished construction. It is perfectly preserved and restored, which only shows how significant this village actually is. 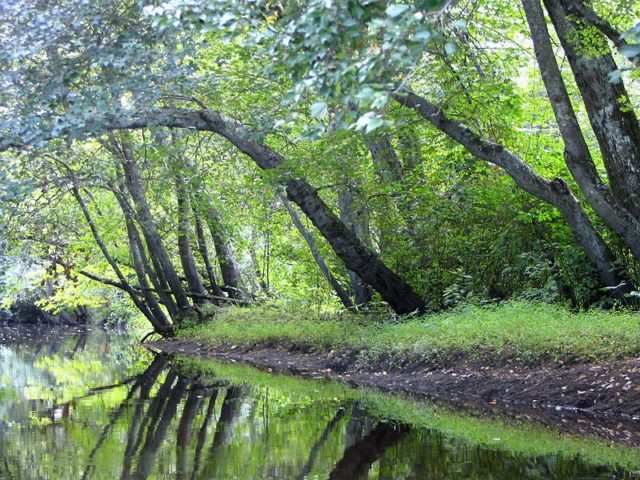 Located in the South Central Pinelands, New Jersey, Batsto Village is nationally recognized for its historical importance and architectural beauty. The site is governed and protected by the New Jersey Department of Environmental Protection’s Division of Parks & Forestry and is also a part of the Pinelands National Reserve.

It is open for the public, allowing visitors who come here to see and directly experience over two centuries of American history. 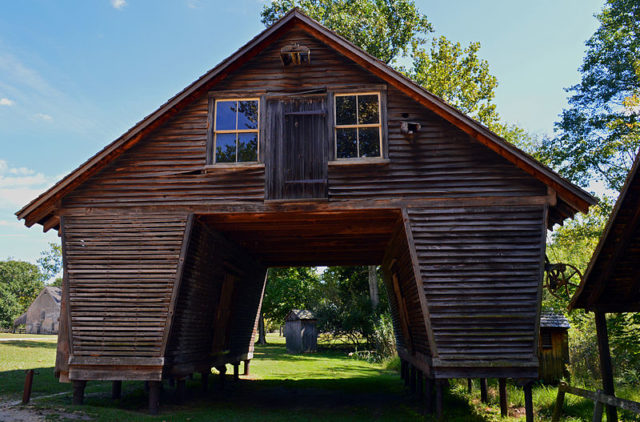 Batsto with the outhouse in the background. Photo Credit

There are more than forty fully preserved buildings and structures, including a sawmill, a gristmill, a carriage house and stable, a charcoal kiln, a general store, ice and milk houses, a blacksmith and wheelwright shop, and of course the Batsto Mansion. The Batsto-Pleasant Mills Methodist Episcopal Church, erected in 1908, is still in use, and the village also has a functioning Post Office. 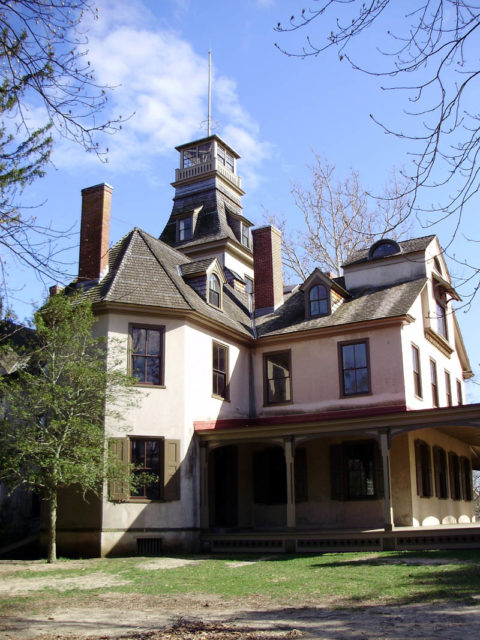 The history of Batsto Village is long and interesting. It’s roots were first put down by a well-known ironmaster named Charles Read who created the Batsto Iron Works alongside Batsto River. The entire area at the time possessed an abundance of natural bog ore. Along with a plentiful supply of water from the nearby rivers and swamps, and a lot of wood from the forests, all of the valuable resources needed for ironmaking were right there. 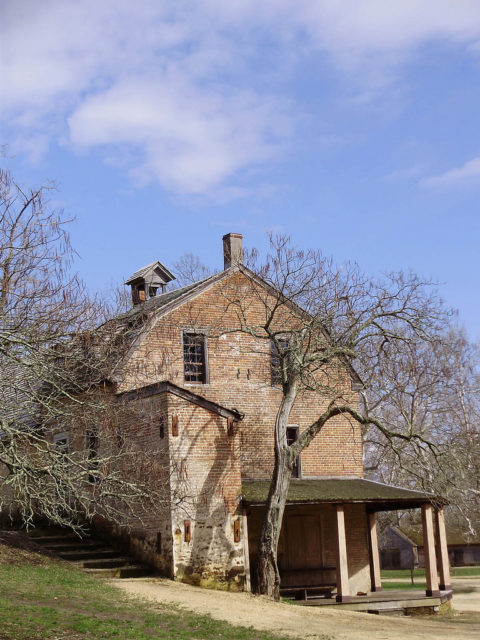 As the small iron forge became larger and took on employees, the first buildings were built to house them. Batso village gradually grew up to become a self contained community.

According to the Batsto Citizens Committee’s history of the town, the village began its ironmaking industry by producing household pots and kettles. However, the iron works truly began to grow under the hand of John Cox, who bought the factory in 1773, when Batsto started making supplies for the Continental Army during the American Revolution. 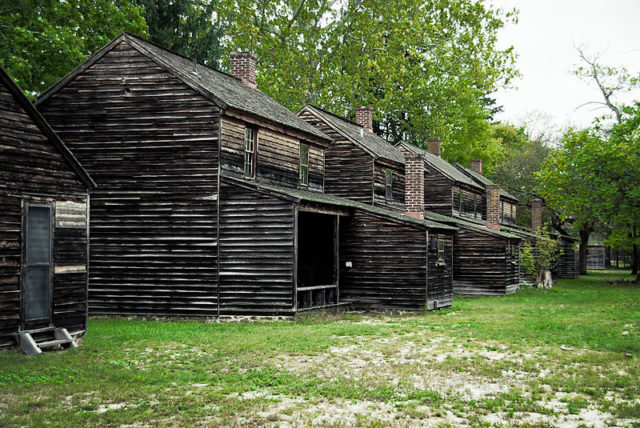 A row of houses at Batsto Village. Photo Credit

By the 1784, the factory and the village had come into the ownership of William Richards and his family, who over the next 91 years continued to operate the organization. He and his family were responsible for building most of the structures that stand today and creating the look of Batsto Village. Tenant housing was constructed for is employees, in addition to many communal resources, from grist mills and a blacksmith, to barns and stables, for use by all residents.

After his retirement in 1809, William was succeeded by his son, Jesse Richards, who ran the operation until his death in 1854. Then Jesse’s son, Thomas H. Richards, took over. 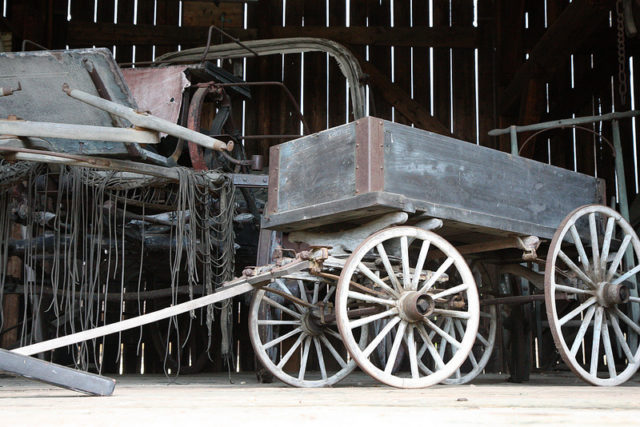 Until the mid 19th century, Batsto continued to exist as a self-contained community, contributing to the industrial, economic and social development of the state. But when coal was discovered in Pennsylvania, and a new industry was established there, the demand for iron rapidly declined. The village turned it’s hand to the glassmaking business, becomong known for it’s window glass, but this soon ended and Batsto fell into bankruptcy. 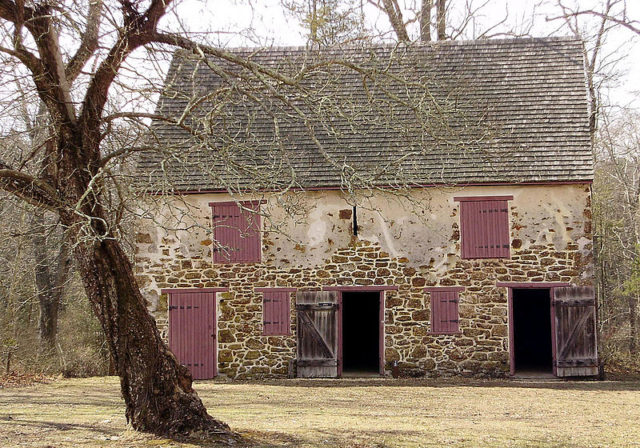 The village last private owner was an industrialist and businessman from Philadelphia called Joseph Wharton. He purchased the village in 1876, along with other properties in the nearby area. He was adamant that he would save the village, improving on many of the buildings and trying out other business projects, like cranberry farming, and forestry. 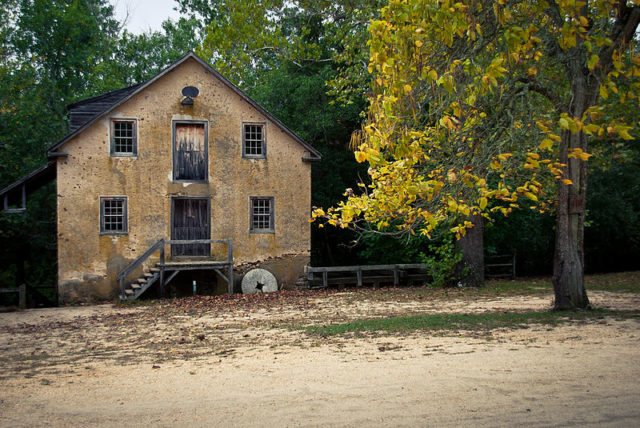 Sadly, all of his efforts weren’t enough to save Batsto from its inevitable doom. After his death in 1909, the Girard Trust Company took care of the property.

In the late 1950s, the state of New Jersey bought the village, with a plan of improving it so the last few remaining residents would not move out. However, this wasn’t enough, and the people didn’t see any future by staying there. 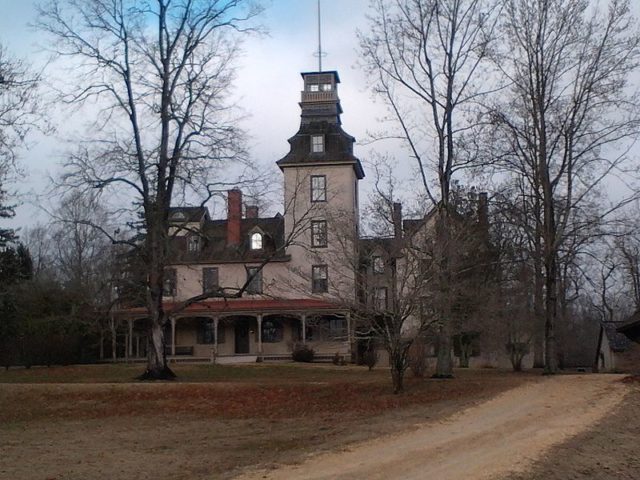 The mansion’s roof which including a “widow’s walk” cupola was used as a fire tower by the New Jersey Forest Fire Service from 1919 to 1924. Photo Credit

Eventually all of them left, the last stubborn resident was gone in 1989. Today, while Batsto is still technically a ghost town, it doesn’t feel abandoned. Many people come to visit this place and enjoy the serenity of the surrounding area, but also to visit the village and have the chance to time travel through various time periods of the village’s history. Batsto proves that a place can still be alive and vibrant, and live on in memory without anyone actually living there.