The ghost town of Comet, Montana, can be reached by pulling off I-15 at exit 160, roughly halfway between Boulder and Basin, and following the gravel High Ore Road as it snakes northward.

The current population of this boom-bust mining town is recorded as three — one family living in possibly the only habitable building left in the community. Unlike some other abandoned towns in the area, Comet has not been preserved in any way and is less well-known, but it still remains an intriguing place for those who wish to visit. 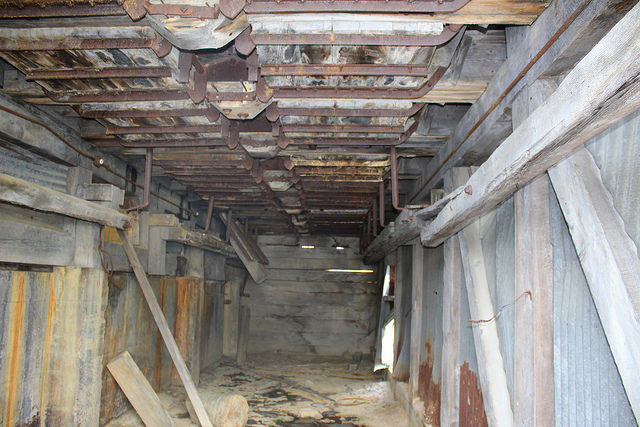 The first person to stake a claim on this site was John W. Russell, and since that day in 1869 an estimated $20 million worth of silver, copper, gold, lead, and zinc ore have been extracted from Comet’s mines, making it the richest in the district. However, success came and went in waves. Russell worked the site for five years before selling his claim to the Alta-Montana Company.

The new owners invested in erecting the infrastructure to expand the mine, including a 40-ton-per-day concentrator to separate the ore from unwanted dirt and other rocks. But they also struggled to turn a respectable profit and the mine was slow to attract settlers. The town of Comet was formally surveyed and mapped in 1876.

Despite further investment of a half million dollars in their operations at Comet and Alta, the Alta-Montana Company was bought out by the newly formed Helena Mining and Reduction Company in 1883. 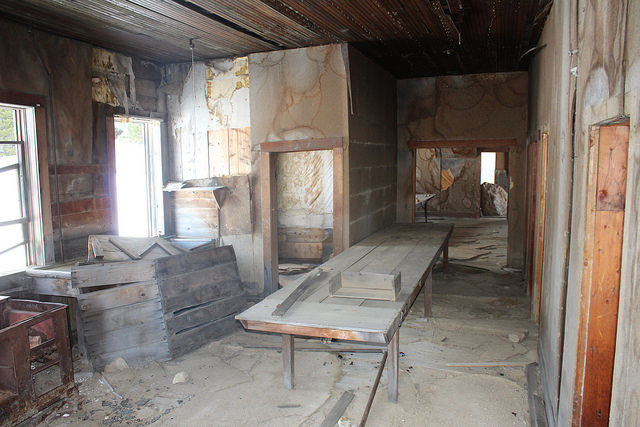 The dusty interior of an abandoned building/ Author: Mark Holloway – CC BY 2.0

Under the determined guiding hand of Samuel T. Hauser, previously an Alta-Montana director and major stockholder, Comet’s fortunes grew. It seems that Hauser’s belief in the motto of needing to spend money in order to make money was exactly what the mine needed to succeed. At Wickes, a new smelter was built — the largest in the state at that time — and a bigger, 100-ton, concentrator was installed at Comet. The Helena Mining and Reduction Company also established a tramway to transport the ore from the Comet mine-works to the smelter. 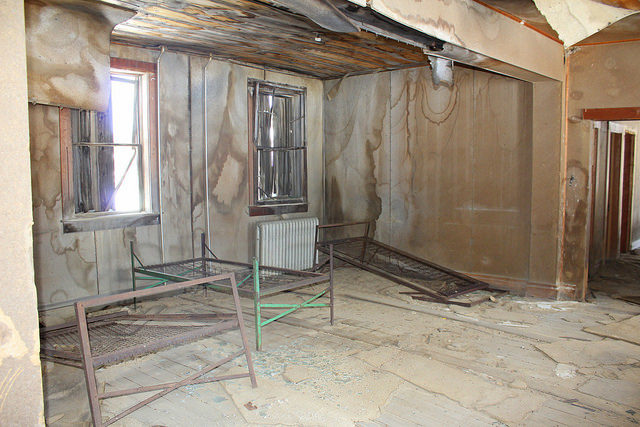 The interior of a bunkhouse/ Author: Mark Holloway – CC BY 2.0

We can only assume that Hauser was an influential man as well as a determined one, for he is credited with coaxing the Northern Pacific Railroad to lay a branch line from Helena to Wickes, heralding Comet’s first boom time. The mining operations began to thrive and both miners and equipment were growing in numbers. 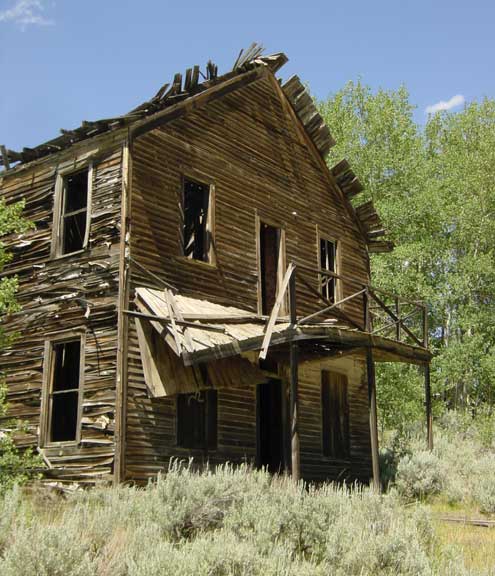 The town of Comet reached a peak around 1890. It’s 300 residents weathered the Panic of 1893, when silver prices plummeted, and the town flourished. At this time it had it’s own schoolhouse and about 20 saloons. But by the 1900s, the mining pits started to produce less ore and the end was on the horizon. In 1913, Comet officially became a ghost town.

It stayed that way until 1927, when the Basin Montana Tunnel Company purchased both the town and the mine. The investment brought better technology and the town of Comet was reborn. In this incarnation, Comet managed to survive the Great Depression as the second largest mining operation in Montana.

This boom lasted until 1941. The mine was spent and Comet became a ghost town for the second time, only now it stayed that way. Aside from a reclamation project in 1997 to prevent leaching of heavy metals from the mine tailings, Comet has remained largely abandoned and untouched.

« The ruins of Grace Dieu Priory in England: Home of a “White Lady” or as someone believe a few “White Ladies”
In our opinion the creepiest abandoned mansions in the world »