The longest poker game in history was played in the ghost town of Thurmond, West Virginia

On the bank of New River in West Virginia lies the almost abandoned town of Thurmond — we say almost because the 2010 census confirmed five people still living there. Thurmond saw its heyday during the peak of the coal mining industry in West Virginia, with a population of several hundred inhabitants. 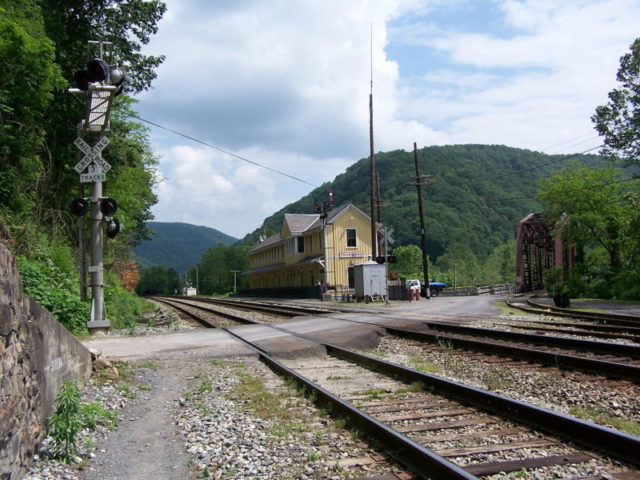 The town was named after a Confederate Army Captain, W.D. Thurmnd, who found a nice piece of land there in 1844 and made this place his home. Soon more people joined him and it turned into a bigger settlement and eventually even a town.

As Thurmond grew, it got his own post office in 1888; at this point there were already around twenty families living there. However a big upturn in population started after 1892 with the construction of a railway crossing at Dunloup Creek. 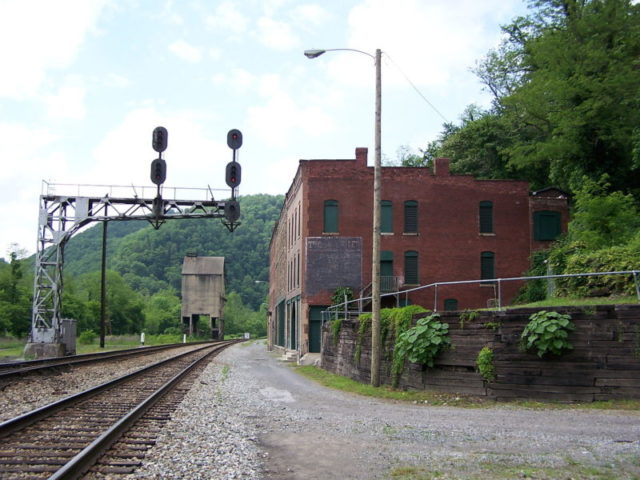 As the town grew, more and more different people started arriving. Captain Thurmond disliked this new situation as a lot of things began to be out of his control with so many strangers in town. He decided to ban alcohol from his own lands, which were significantly large but did not encompass the entirety of the new, now much bigger, town. The other big and powerful family in town, the one that brought the railway crossing — the McKells — had no problems with alcohol; in their part of town, people were enjoying excess and hedonism.

One of the two hotels in Thurmond, the Dun Glen, belonged to the McKell family and it is known for the longest game of poker ever played. According to Ripley’s Believe It or Not, this card game lasted fourteen years.

The second hotel in town, named Lafayette, was often referred to by locals as “Lay-Flat” hotel. This one was located closer to the railroad and was much smaller than the 100 room notorious Dun Glen Hotel. 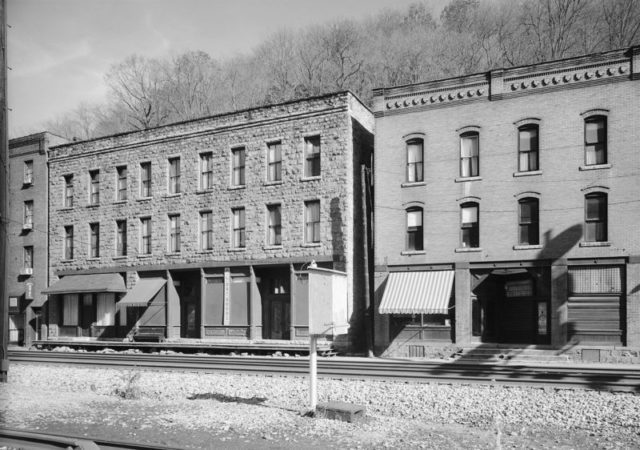 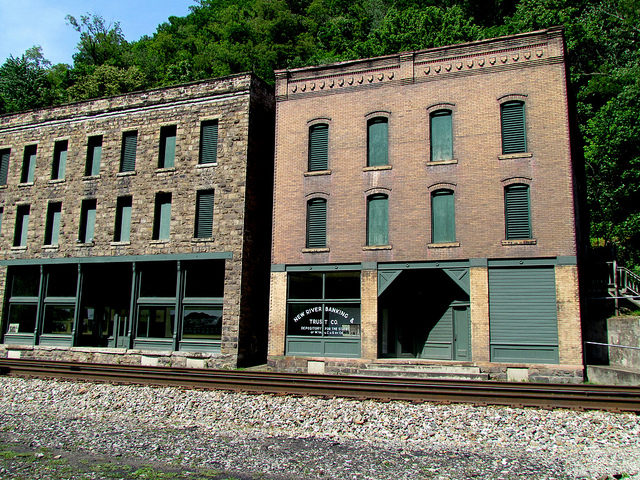 Dun Glen Hotel was opened in 1901 and pretty fast it became famous nationwide. South from the hotel was the district known as “Balahack” which was Thurmond’s red light district. The fall of Dun Glen, when it was set ablaze and destroyed by arsonists in 1930, marked the beginning of the end for the town of Thurmond as well.

Another example of the duality of the town of Thurmond are the two banks which were owned by the two rival families: the Thurmond National Bank, which was shut down in 1931, and the McKell family’s New River Bank that stayed in business but was moved to Oak Hill in 1935. By the mid 1950s Thurmond was pretty much a ghost town.

Prior to the fall, Thurmond was the center of commerce in the region. Among its many industrial and commercial buildings were a freight station and engine house; water, coal and sand tank towers; the Amour Meat Company packing plant; multiple stores; the two banks previously mentioned; many boarding houses and restaurants. For the first two decades of the 1900s, Thurmond was handling more freight than Virginia, Richmond, and Cincinnati combined. More than 95,000 passengers per year were using the depot, with over 150 workers employed by the railroad as laborers, dispatchers and brakemen, operating in 18 separate train crews. 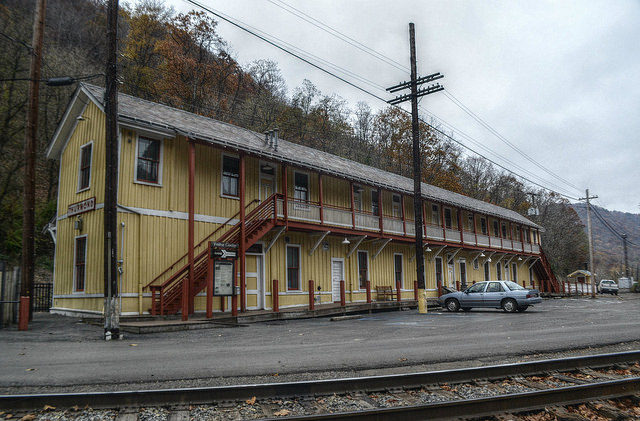 As of 1978 the National Park Service of the United States decided to take the New River Gorge under it’s care. They started actions for preserving “The outstanding natural, scenic and historic values of the New River Gorge, and to ensure free-flowing waterway of the New River.” Two years later the Thurmond Historic District was also “taken care of” and placed under the wing of the National Register of Historic Places. In 1992 the revival of Thurmond area was taken to the final stage — the National Park Service developed a plan worth $35 million to develop Thurmond into a tourist site.

« Caseros Prison – Where no sunlight could reach the prisoners
Batsto Village: 251 year old ghost town, which is perfectly preserved »