Terlingua, Texas – Where cinnabar ore brought wealth to one and pain to others

In Brewster County, Texas, on its south-west side, there lies a small mining district named Terlingua. Its location is pretty close to the river Rio Bravo del Norte (Rio Grande), the village Study Butte and Santa Elena in Mexico. Its rich history begins right after the discovery of cinnabar, a gorgeous red stone from which using a chemical process, mercury is extracted.

The earliest writings about this metal are to be found in the works of Aristotle and of Theophrastus (in his works the benefits of cinnabar are first mentioned). The uses of mercury were many, for example, Paracelsus used it for the treatment of those infected with syphilis, or Torricelli used it “to determine the pressure if the atmosphere in 1634”, according to Kenneth Ragsdale.

Some years later, Fahrenheit used mercury in constructing his thermometer in 1714, which needless to say was revolutionary in science and industry. The list goes on about the benefits of this metal, and the longer the list, the greater its demand.

According to a researcher, the official “discovery” of cinnabar was actually a rediscovery, because the Native Americans “used its brilliant red color for pictographs” writes Kenneth Ragsdale in his book Quicksilver: Terlingua and the Chisos Mining Company. 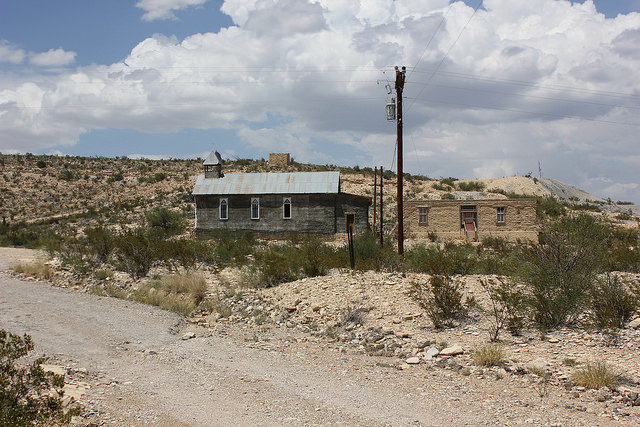 Some of the remaining houses. Author: Nicolas Henderson CC BY 2.0

Among some of the official dates for when this happened stands 1888, when a person by the name of Jack Dawson produced the first mercury (or quicksilver) in the mining town of Terlingua. But this whole new discovery went rather unnoticed. The news about what happened in this mining town flew under the radar until 1890, when magazines started to write about the event. 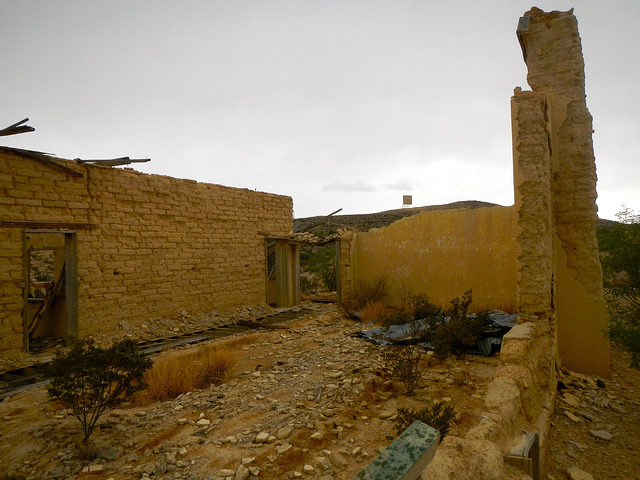 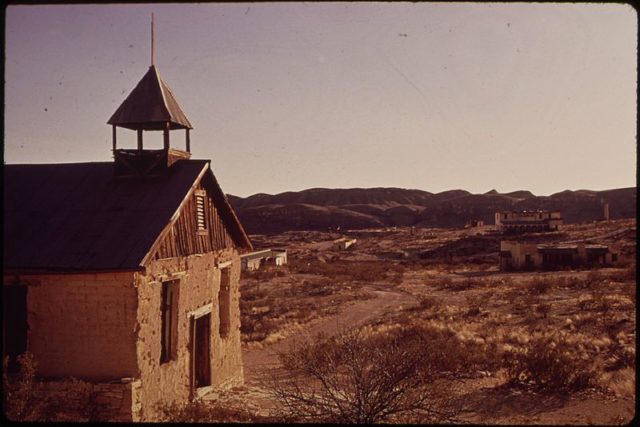 The first two men that got to work,  in 1894, were Charles Allen and George W. Wanless who were employed at the Rio Grande Smelting Works. Three years later, the Terlingua post office was established. 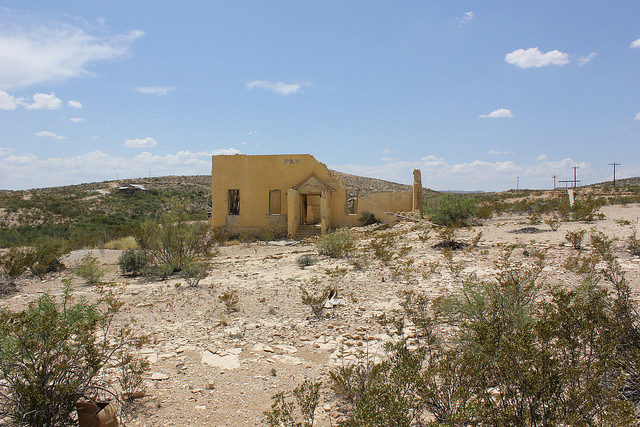 By the 1930s, the mining town was already home to some 3,000 people. During this period the Chisos Mining company was formed thanks to a $50,000 loan from Austin National Bank to Howard E. Perry.

The mining moved swiftly. They discovered around 200 flasks every month but Perry was a hard man to satisfy. And so he turned to Dr William Battle Phillips, the Colorado School of Mines president, for help.

The solution was to install a new Scott brand furnace that weighed around 20 tons. From primitive baking of the cinnabar ore to industrial level processing over the years, the business grew until it became the leading producer of mercury. 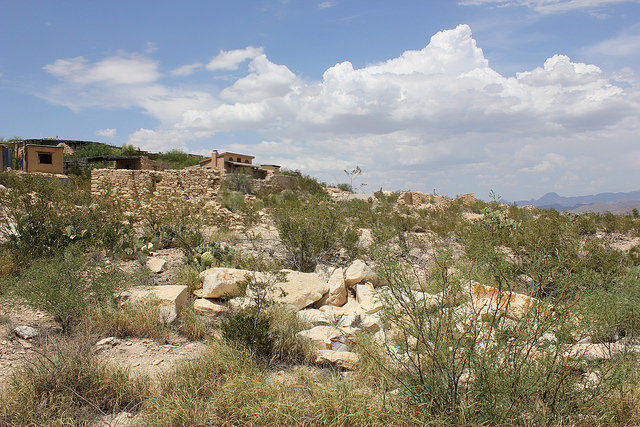 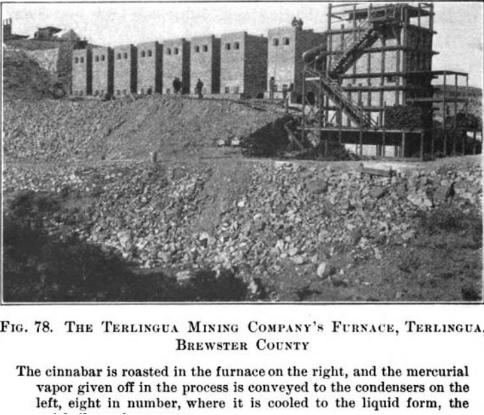 After thorough research, the company got lucky when they struck a vein of cinnabar ore in 1914. When this happened it was already the beginning of the First World War, and the demands of war made had made Howard’s business even more successful. 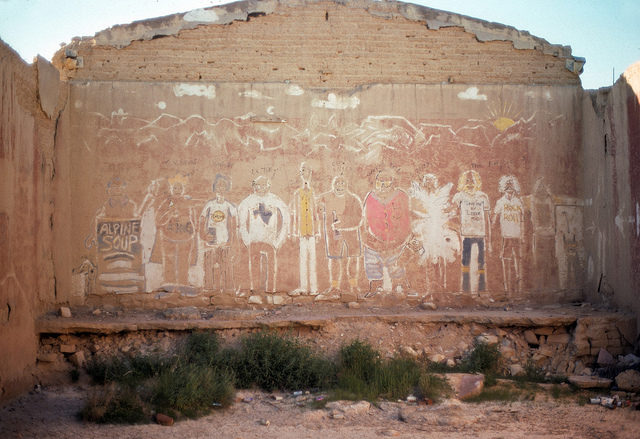 It was Perry’s type of management and his unmistakable choices when it comes to employing people that made his mining company a true magnate. As the mine grew so did the town around it. But the end of Perry’s age was already peaking over the horizon. 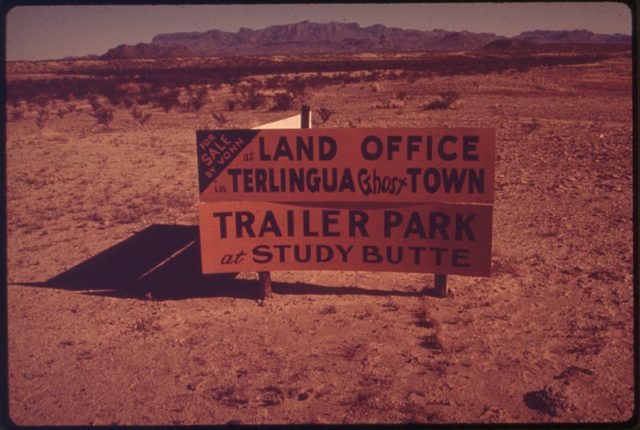 The condition in which the cheap Mexican labor force worked was awful. On the other hand, Perry was enjoying his money on one of his yachts. “If he had not wanted the yachts, he would not have made so much money, which he had to do in order to have them.” writes Ragsdale. 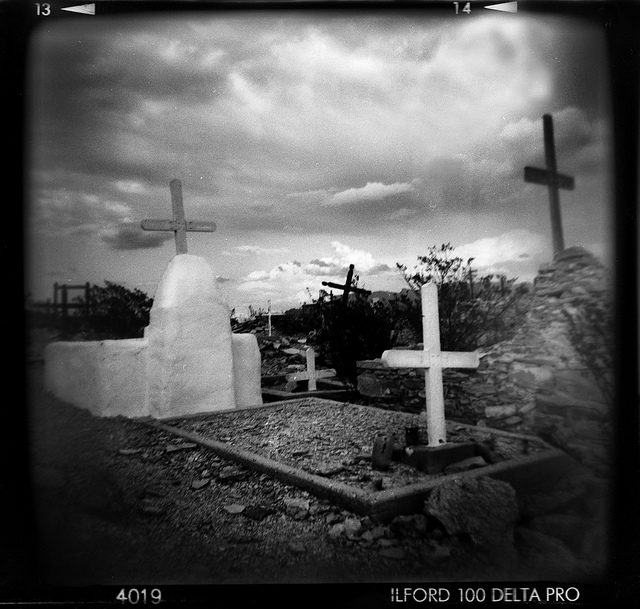 Part of the cemeteries. Author: BBAW CC BY 2.0

Slowly, the mines that Perry owned were running out of ore and with time he filed for bankruptcy in 1942. Howard E. Perry died in 1944. With no work, the town began to financially sink. And from a prosperous community of 3,000, the population fell to no more than 60 according to the 2010 consensus. 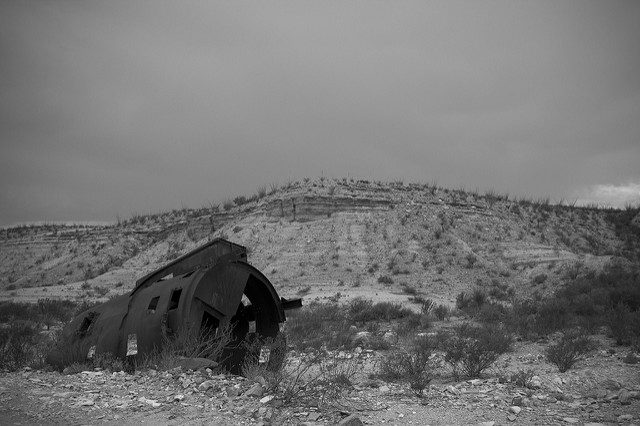 Today Terlingua is a tourist attraction, plus it remains forever captured in the film Paris, Texas directed by Wim Wenders.

« Inside the former Iraqi Embassy in East Berlin
The industry that perished: 3 company towns in Canada that didn’t make it »