Seattle Underground: The remains of the old city that were abandoned and left in ruins until the 1950s

If anyone has a chance to see the interconnecting tunnels of the world famous Seattle Underground, definitely don’t miss the opportunity. It’s extraordinary. And the history is just as fascinating.

Seattle Underground hides the remnants of the old city. Under the streets of Pioneer Square neighborhood, there is an entire network of subterranean hallways, corridors, and basements, where the city of Seattle was born. And there, the ruins of shops, hotels, houses can be seen still standing. Over the recent decades, these spaces have become a popular attraction and a history museum of Seattle’s early days. 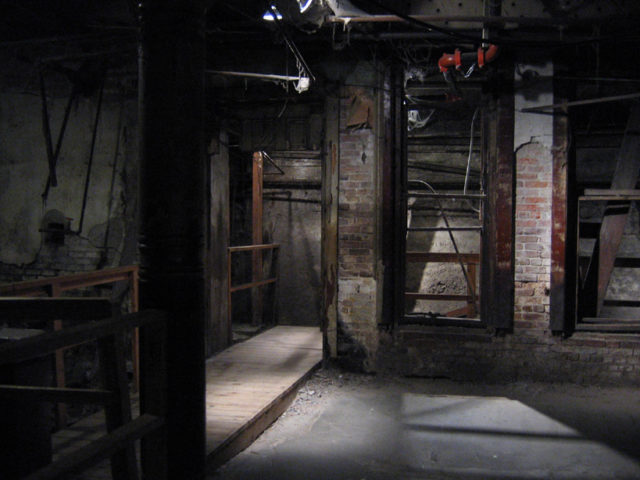 The “Seattle Underground” as seen on Bill Speidel’s Underground Tour— the facade is seen here was at street level in the mid-1800s. Author: Postdlf CC BY-SA 3.0 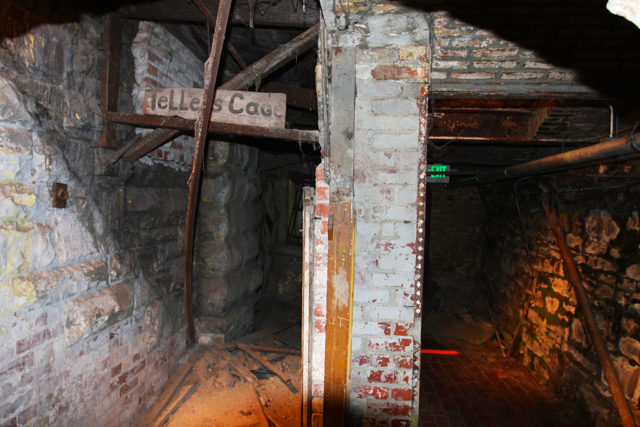 The Seattle Underground Tour takes tourists into the forgotten world of Seattle as it was in 1900. Although it is pretty commercial, it is worth the hour, if one has the time. Author: Rennett Stowe CC BY 2.0

In the mid 19th century these structures were on the ground level and all the buildings were made of wood. However, most of them were destroyed in the Great Seattle Fire,  on June 6, 1889.  That day, sometime after 2:30 in the afternoon, a cabinetmaker, and employee in Victor Clairmont’s woodworking shop by the name of Jonathan Edward Black, accidentally forgot the glue that he was heating over a gasoline fire. 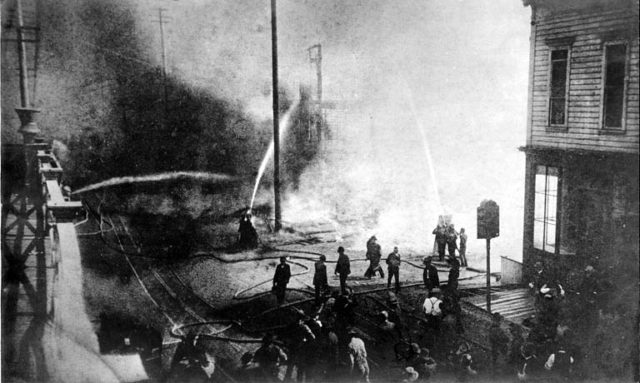 The glue boiled over, and caught fire, very easily spreading to the floor covered in turpentine and wooden chips. In the ensuing chaos, John tried to extinguish the fire with water, which made it even worse because the water thinned the turpentine and spread the fire even more. 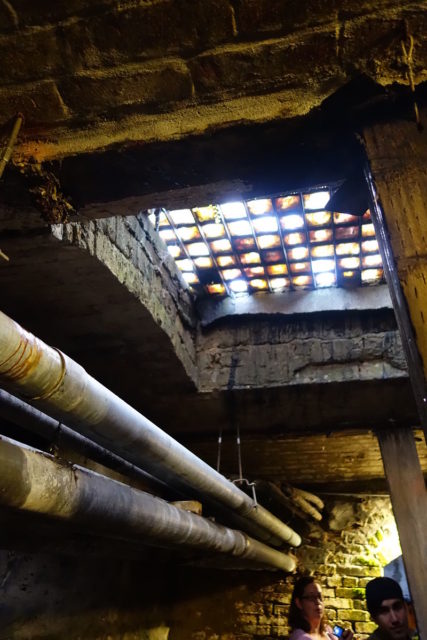 A view from the Seattle Underground looking upwards at the glass skywalks built above the previous street level which supports the current sidewalk. Author: Mark Hursh CC BY-SA 3.0

Everyone inside got to get out of the building in the nick of time, but, by the time the fire department came to the scene, the fire was out of control. The abundance of smoke made it impossible for the firemen to trace the source of the fire. On top of that, precisely that day, the fire chief happened to be out of town, and the volunteers who came to the scene made a mistake of using too many hoses at once. This lead the water pressure to drop completely. 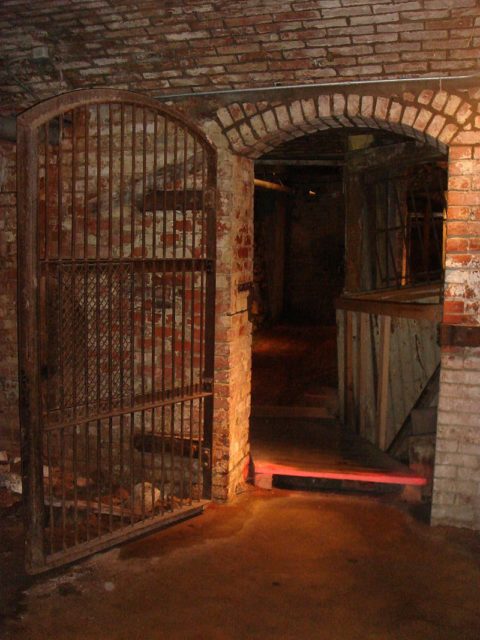 The fire caused for the Dietz & Mayer Liquor Store to explode, then it spread to the Crystal Palace Saloon and the Opera House Saloon, and because of the huge amounts of alcohol very soon the entire block from Madison to Marion was on fire. 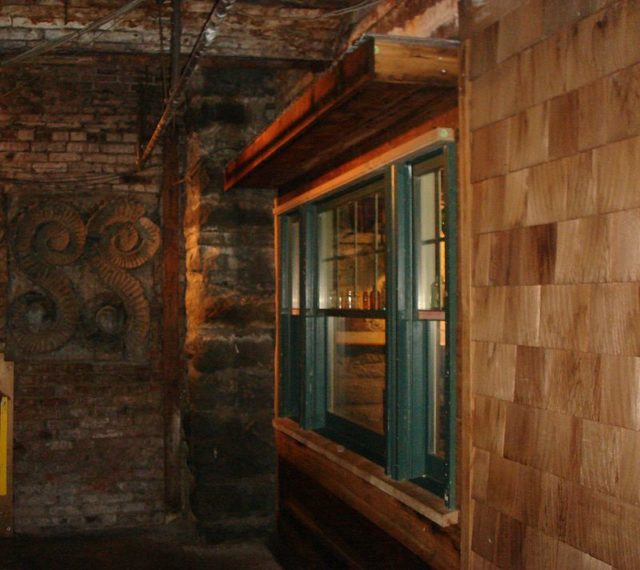 The fire kept on burning till 3 am, destroying anything in its path. And when it was finally extinguished, the damage done was massive. Over 25 block were destroyed and more than 5,00 people lost their jobs and livelihoods. However, apparently, no one had died, because there is no known statistics on that. The losses were estimated to be over $8 million, and almost all of the town’s center was annihilated. 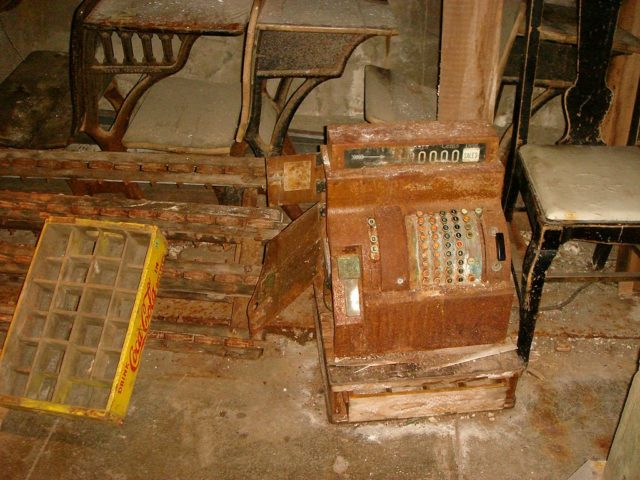 After the event, the city leaders gathered to discuss what the next step would be. They’ve come to two crucial decision, that paved the way for Seattle’s future: first, all new buildings must be built of stone and brick to prevent this kind of disaster from happening, and second, it was decided for the streets to be raised 22 feet higher than the original grade.

The concrete floor of the former meat market was originally at the level of the wooden platform on the left but sank over time because of decomposing sawdust fill. Author: Postdlf CC BY-SA 3.0

As the new street level was slowly coming to its place, the landlords and the merchants knew that eventually, the ground floor would end up underground. After the new sidewalks were completed, many of them moved their business on the new ground floor. Still, some merchants who owned the buildings that survived the fire continued carrying on their business on the lower floors. 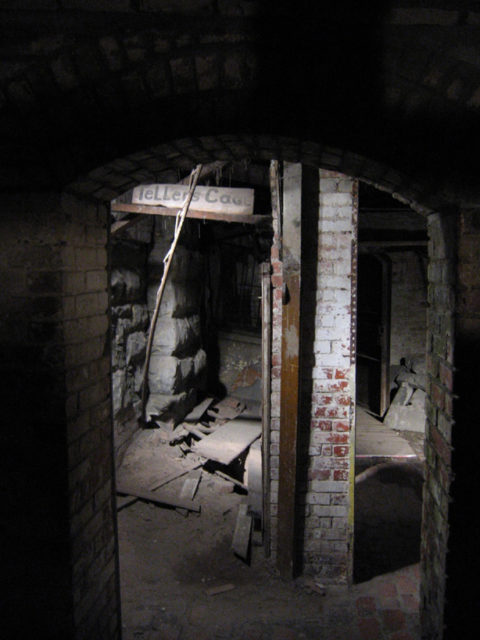 A former bank seen on Bill Speidel’s Underground Tour; the vault door is in the background on the right. Author: Postdlf CC BY-SA 3.0

But, in 1907, when the fear of the bubonic plague was immense, the city condemned the underground floors. Many of the basements were evacuated and left to rot and deteriorate, or where used just as a storage space. However, a small portion of the underground structure continued to function and was used as flophouses for the homeless, and some buildings were turned into speakeasies, opium dens, and gambling establishments. 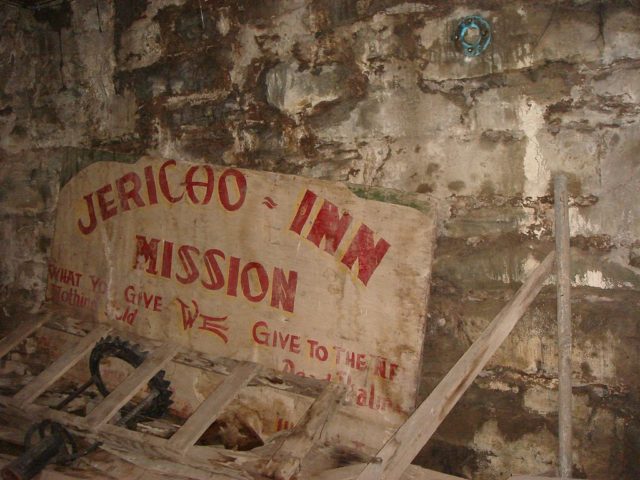 The subterranean literally became”the underground” of the city, a place of junkies, gambling addicts and all kinds of illegal activities. And it remained in this state, abandoned from the “outside world” until the 1950s when the story of how Seattle Underground was saved begins. 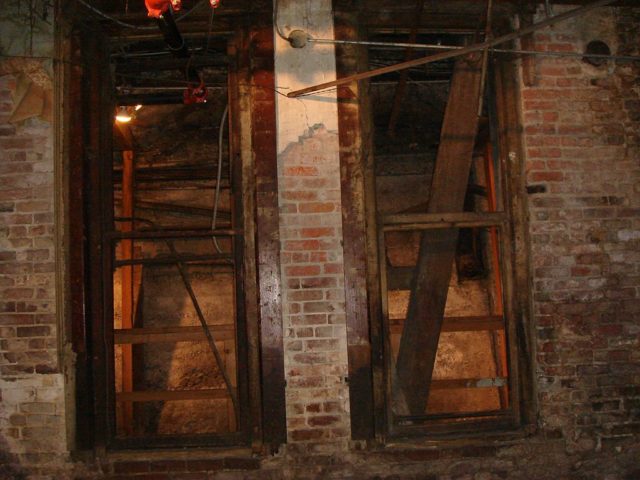 It all starts with a man by the name of Bill Speidel, a local citizen, historian, and columnist for the Seattle Times. He realized that there maybe a profit in the preservation of the subterranean ruins of Seattle. In 1965, he established the “Bill Speidel’s Underground Tour” and began to make tours for visitors who were curious to see the abandoned ruins underneath  Pioneer Square, with a mutual agreement of the building owners, who he paid rent to for the privilege. 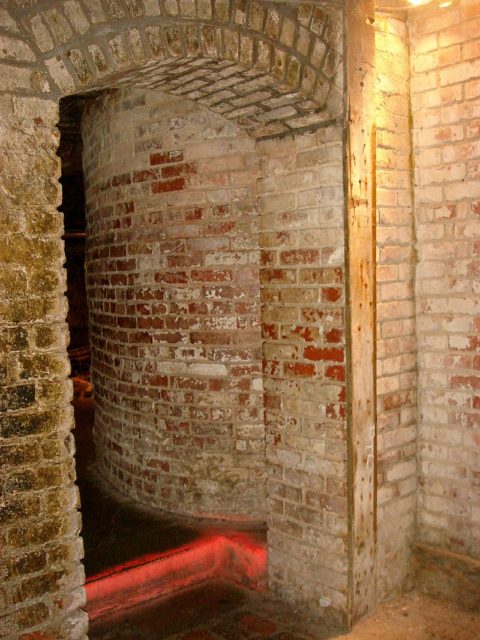 The passing years saw the underground structures completely refurbished and preserved in their authentic form, and the place was steadily becoming more and more popular and appealing for visitors. And to this day the  “Bill Speidel’s Underground Tour” remains to be hugely popular among tourists.