There is a Chinese city with the most unusual name of 404, like the error code, although it has also been dubbed “the nuclear town.” To add to the strangeness, 404 cannot be found on a geographic map.

The city of 404 is an isolated place in the Gobi Desert in western China. The nearest town is two hours away. The abandoned city is generally closed to strangers and patrolled by guards, but Li Yang managed to get permission to enter since he grew up there. He called his project 404 Not Found. 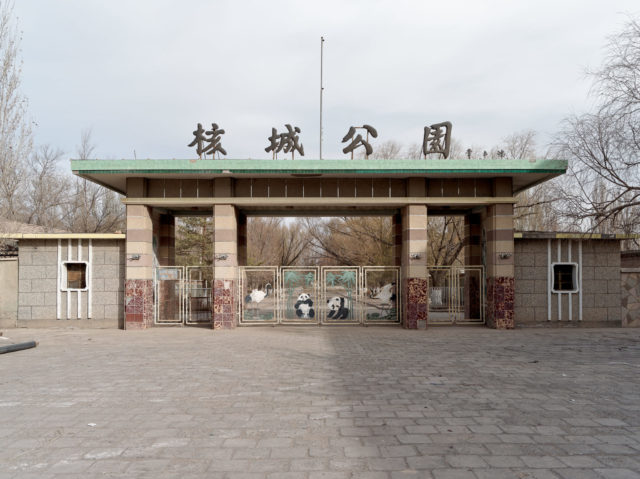 The entrance to the city park. Author: Li Yang – liyangphoto.com

The idea behind ​​building this city appeared in the 1950s in response to China receiving a series of nuclear attack threats from the United States. The Government of the Republic of China decided to build a nuclear technology base so that it could carry on its own bomb research projects.

Despite its small size, the city had similar facilities to other large cities in China. This was because 404 was designated a “closed city,” meaning there were residential and travel restrictions in place. Authorization was required for those wanting to stay overnight, so everything had to be as self-governing as possible.

Within the city boundaries were a nuclear power station, residential complexes, a police station, a court, a school, two kindergartens, and all the necessary government departments. However, no buses or taxis were needed because it was possible to walk from one end of the city to the other in 15 minutes. 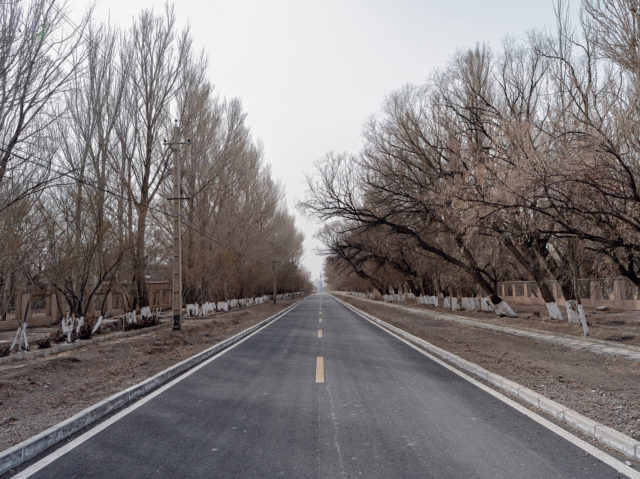 A picture of the main road. Li Yang stands at one end and the city boundaries are at the other end, illustrating just how small 404 was. Author: Li Yang – liyangphoto.com

The nuclear power station was the first of its kind in China and generated about 0.9 billion tons of plutonium between 1966 and 1984.

After residential buildings and vital institutions had been constructed, only the best doctors, chefs, teachers, and other essential workers were moved there so that they could work on developing the new city. 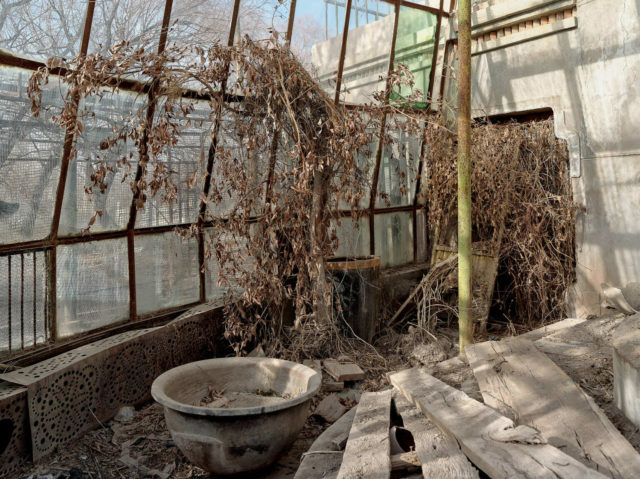 One of the greenhouses used to grow plants that could otherwise not be cultivated in the desert. Author: Li Yang – liyangphoto.com

Most crucially, the country’s best scientists and technicians were stationed in 404, working on producing atomic and hydrogen bombs. The city made an important historical contribution to China by being involved in producing the first atomic bomb in 1964 and the first hydrogen bomb in 1967. 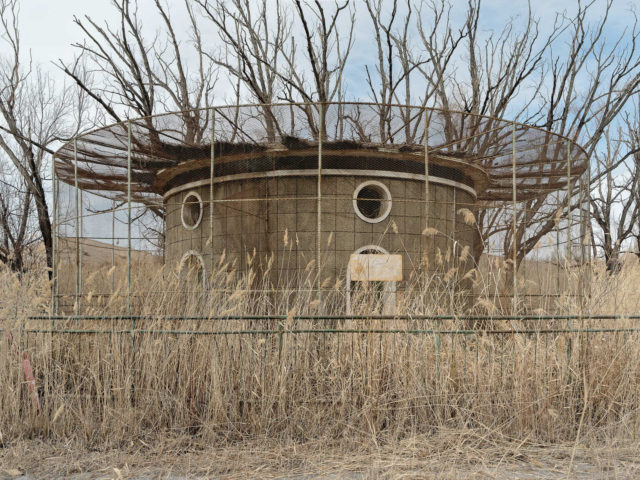 The climatic conditions of the desert were so severe that all the trees in the city were grown by artificial cultivation. Camel grass was the only natural plant to grow. However, this harsh environment didn’t stop people from enjoying life in the city. 404 had a zoo, several playgrounds, a dance club, a library, and an ice rink.

The society was a close-knit one, and the residents had a common goal since most of them worked at the nuclear plant which had the same name as the city. In the city’s central square, a statue was erected of Chairman Mao, the leader of the Communist Party of the People’s Republic of China. 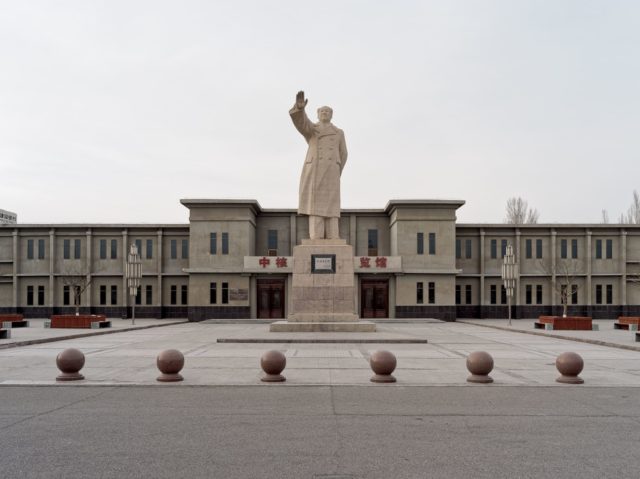 Unfortunately, in 2005, all of the residents of 404 either decided to relocate to the nearby city of Jiqiguan or were moved there by local authorities. No official reason has been given for this move, but Li Yang thinks it might have been prompted by a lack of suitable medical facilities, poor education, and other such factors.

When Li Yang left the city, the population had dwindled massively. He recalls that there were only about 100 children in his grade. He left two years before all residents did, enrolling at a college in the Sichuan province in 2003 to study computer science. 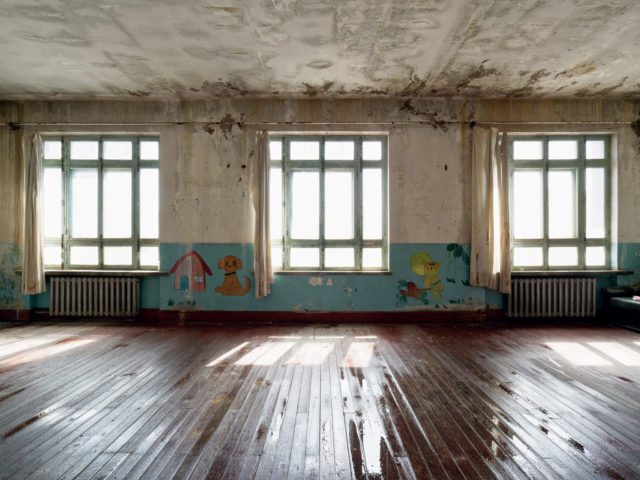 The inside of one of the two kindergartens. Author: Li Yang – liyangphoto.com

After graduating, Li Yang moved to Beijing and became interested in photography. Between 2013 and 2016, he created a project called 404 Not Found. During these years, he returned to his hometown for three days at a time to capture pictures of deserted streets, abandoned buildings, and empty parks.

The incredible portfolio of photographs he produced contains his life experiences and memories from childhood and adolescence. The project won the Best Photography Award at the 7th Dali International Photography Exhibition.

A picture of two trees that Li Yang planted when he was four. Author: Li Yang – liyangphoto.com

Many people did not know about 404, but Li Yang’s project has thrown a light on the city and what it was like to live there. You should visit his website for more of his projects. 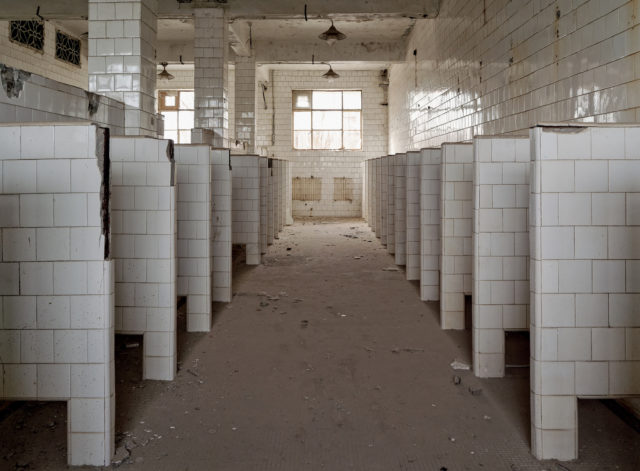 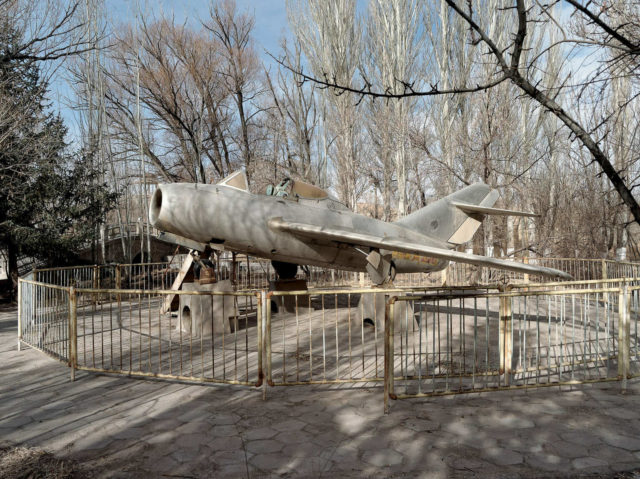 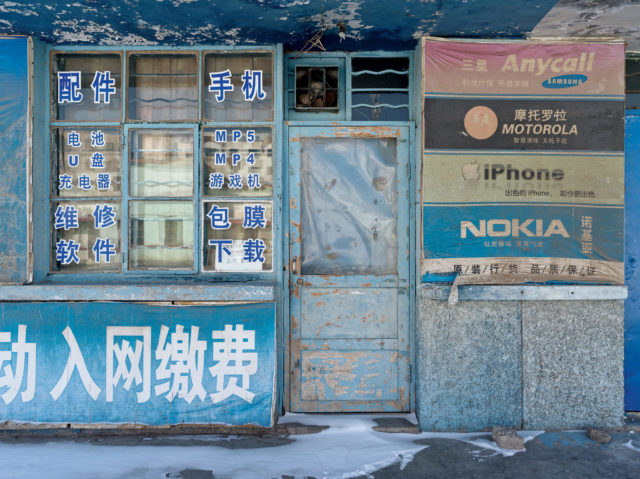 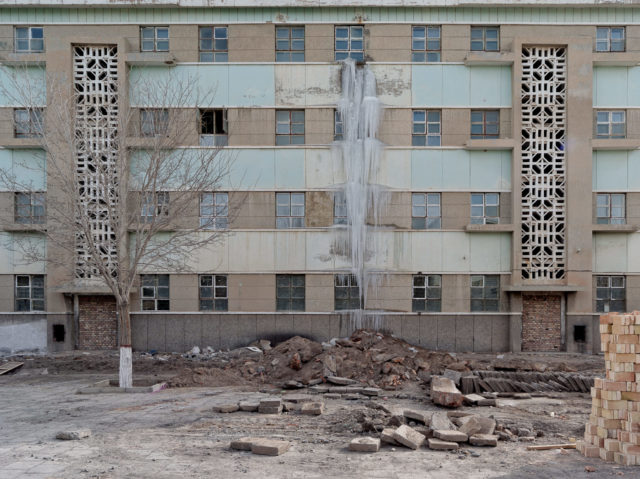 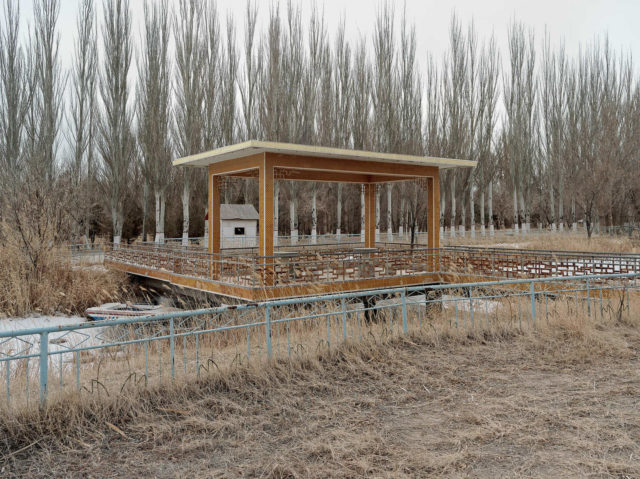 The remains of the pavilion inside the local park. Author: Li Yang – liyangphoto.com 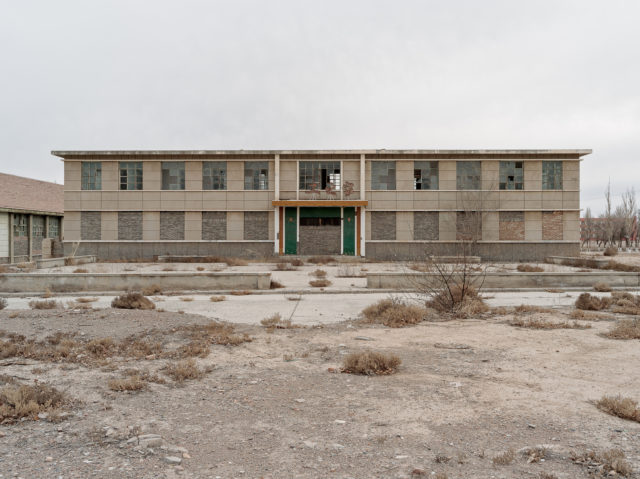 A building that contained the post office and other amenities. Author: Li Yang – liyangphoto.com 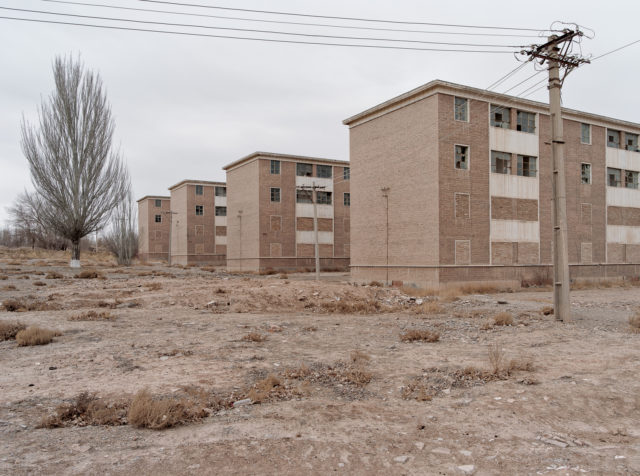 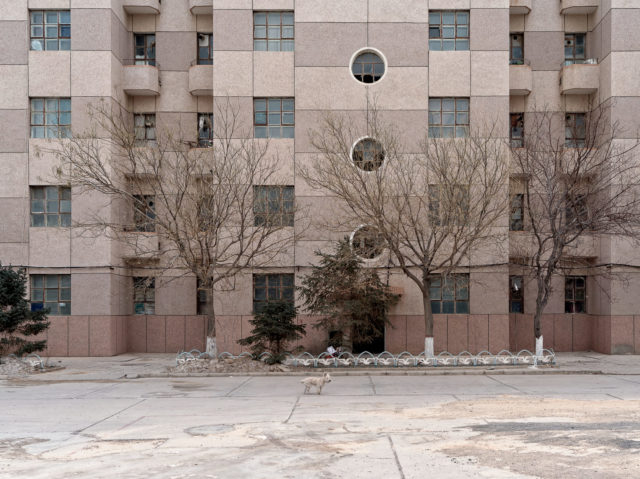 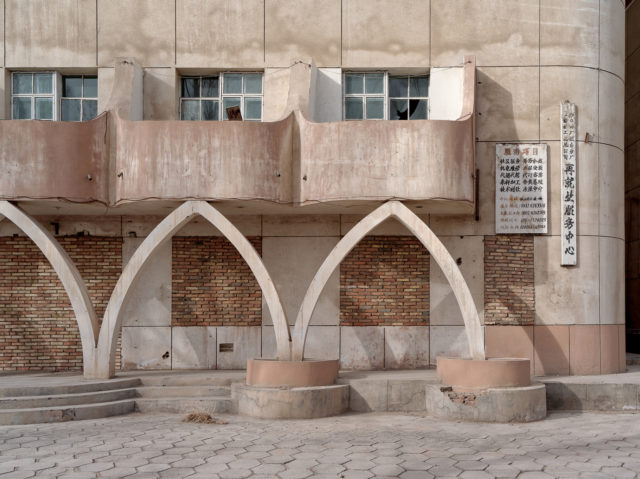 The exterior of a popular restaurant. Author: Li Yang – liyangphoto.com 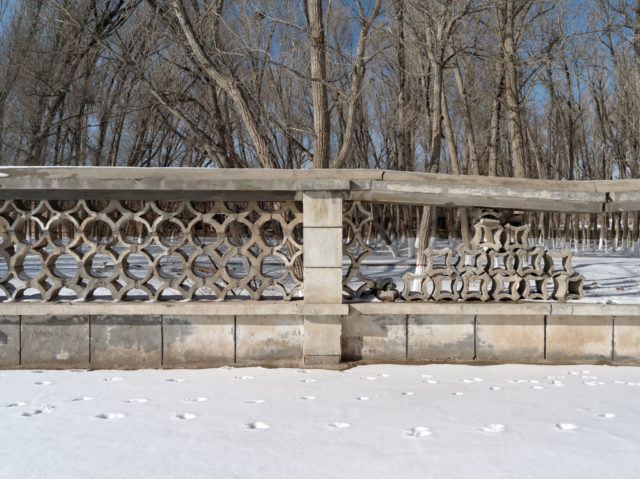 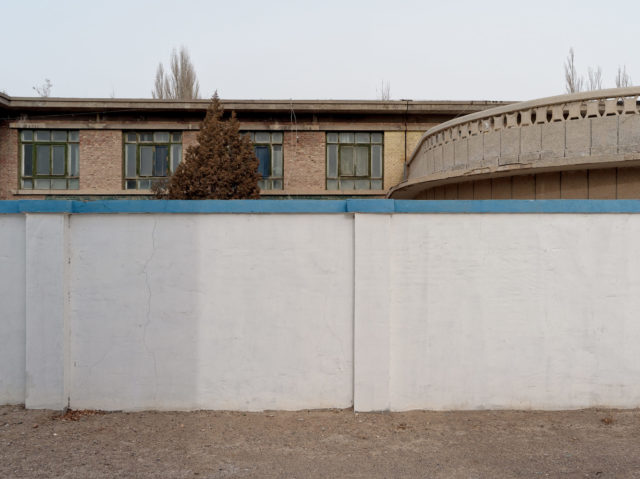 One of the two kindergartens in the city, with a tall security wall around it. Author: Li Yang – liyangphoto.com 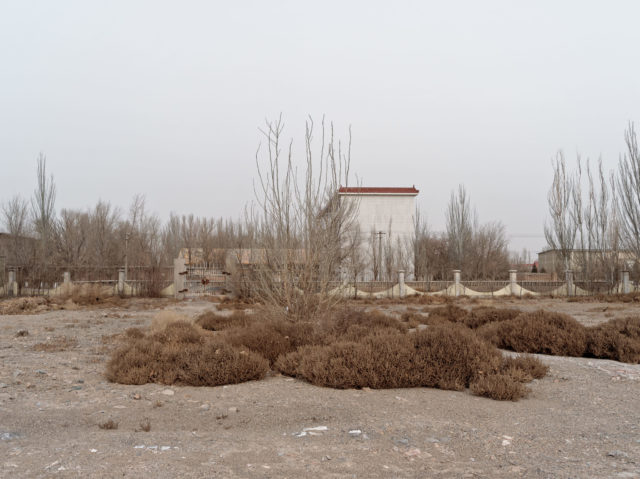 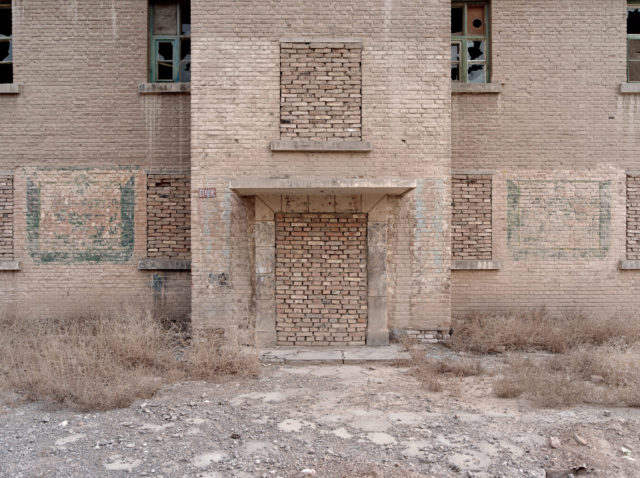 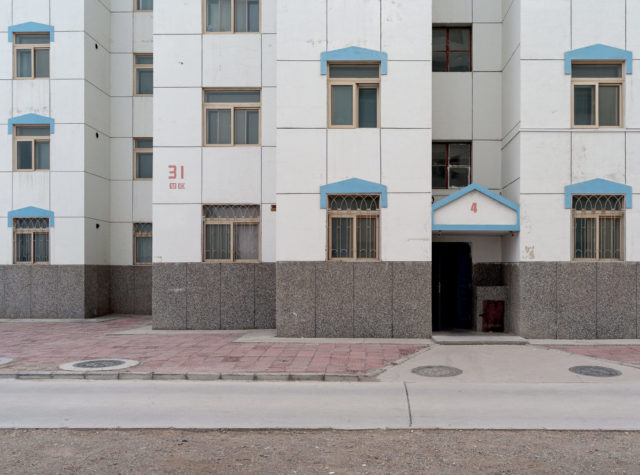 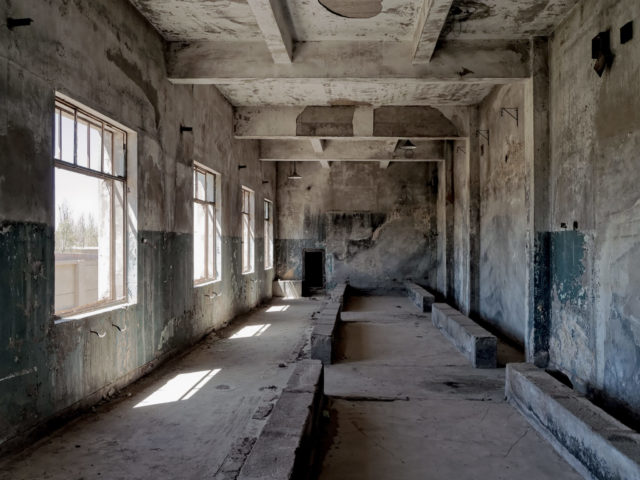 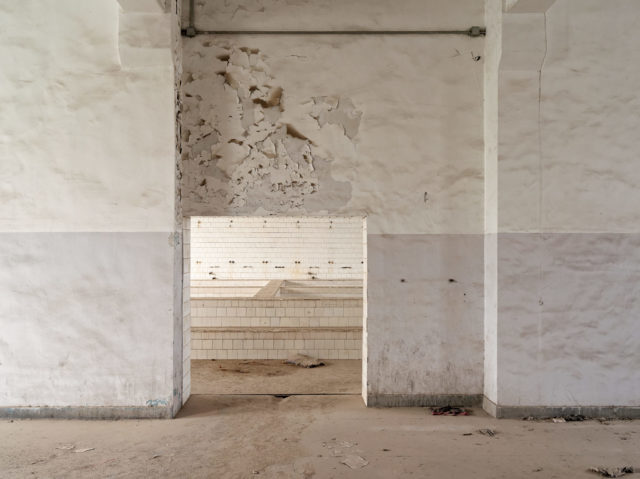 Part of the public bathhouse, where residents would relax and socialize. Author: Li Yang – liyangphoto.com 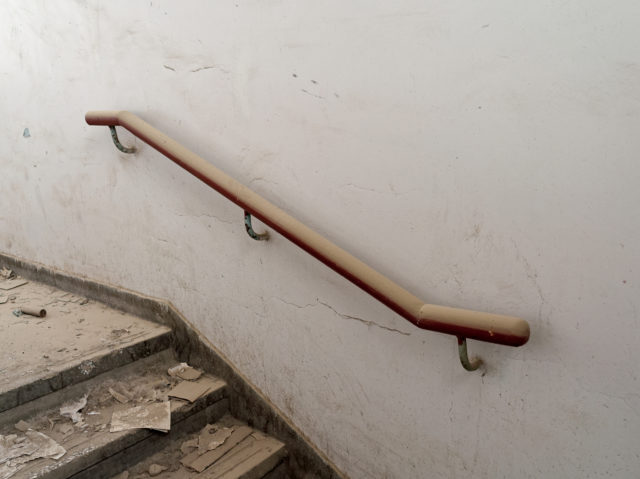 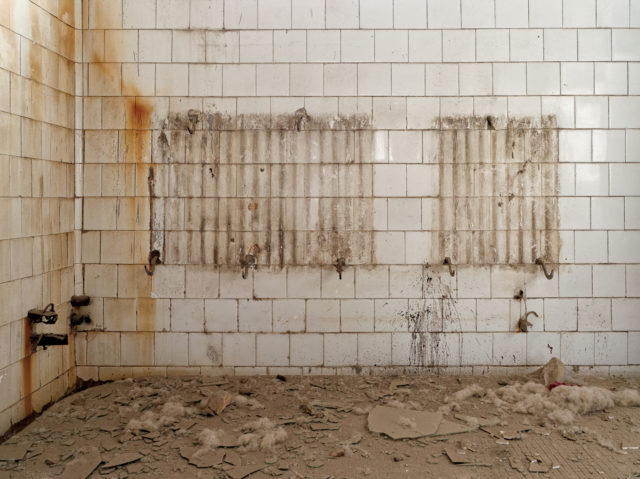 « Germany: Instead of Clothing, the Factory was Filled with Soviet Tanks
Belgium Swimming Pool – Piscine Mosque »