Derelict Hospital – built for 200 patients but housed more that 1500

Known by the locals as Denbigh Mental Asylum or Denbigh Asylum, and with a status of a Grade II listed building, this institution once housed over 1500 patients. However its designer, the architect Thomas Fulljames, designed this hospital to accommodate between 60 and 200 people.

Its construction began in 1844 and was completed just four years later in 1848. The official blueprints show that the hospital once had its own farm and gasworks. Its address is Denbigh, Denbighshire, Wales. 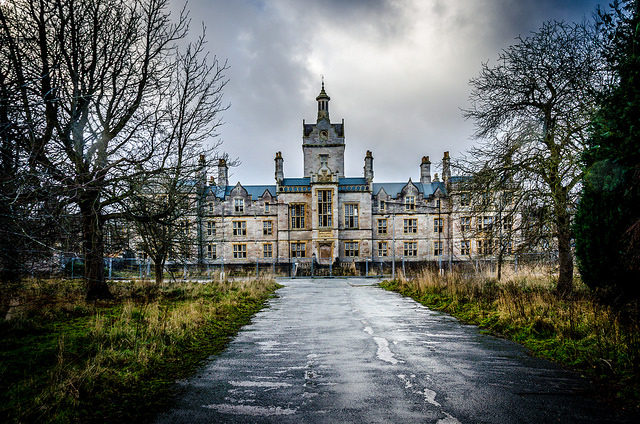 At the end of the street. Author: Robin Hickmott CC BY 2.0 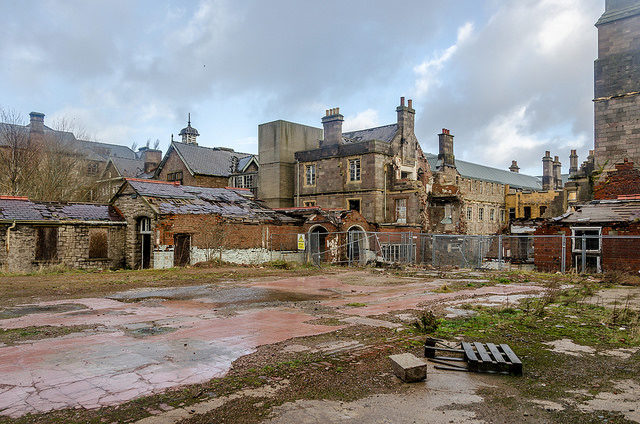 Throughout its existence, the hospital has had many patients brought within its walls in order to heal, however harrowingly, many of them met their end there. One notable patient that died in this hospital was George Maitland Lloyd Davies, a nonconformist minister and a member of the parliament. 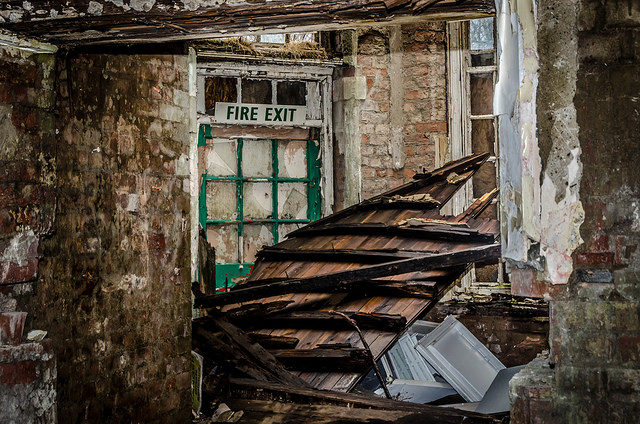 George Maitland suffered from depression throughout his life and in 1949, he turned to suicide. As part of the paranormal series ‘Most Haunted,’ the satellite and cable channel ‘Living TV’ made a live broadcast from inside the now already heavily damaged hospital. The show went under the title of The Village of the Damned.

By the looks of it, the hospital really appeared as if it were damned, for the building caught fire on 22 November 2008, when attempts were made to renovate the place and to convert it to apartments. It was concluded that the cause of the fire was undoubtedly due to arson. 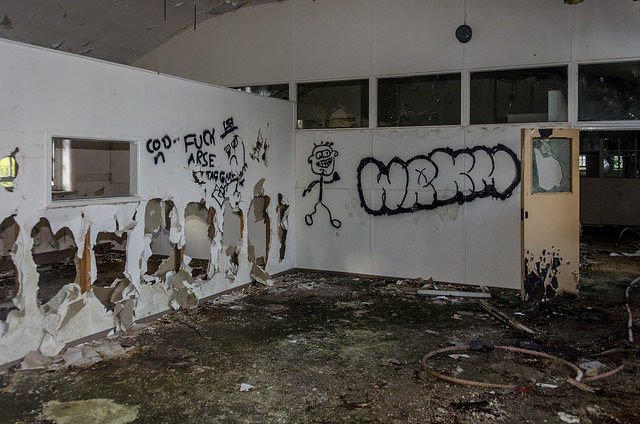 When vandals take over. Author: Robin Hickmott CC BY 2.0

The firefighters faced the risk of the building collapsing in on them, as the building was already in severe decay. They had to use two CO2 extinguishers and a hose reel in order to put the fire out. The official representative for the fire crew said, “Two seats were on fire and for that reason, we have deemed it to be a deliberate ignition”. 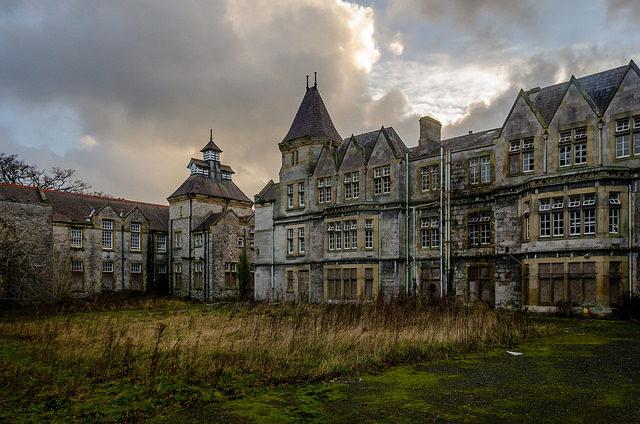 The hospital was planned for closure sometime in the 1960s by the British politician, classical scholar, philologist, and poet, John Enoch Powell. However, this date was missed and the institution was closed in stages, starting from 1991 and ending in 1995. 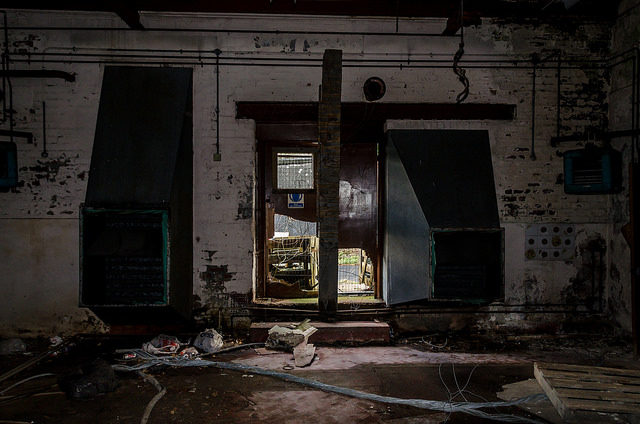 A peak of light. Author: Robin Hickmott CC BY 2.0 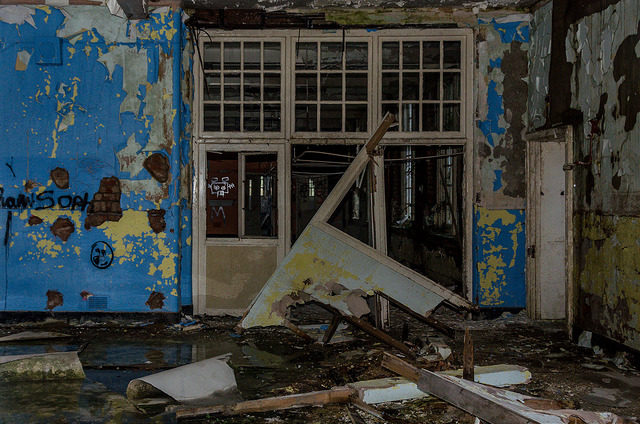 The state of the building reached a precariously dangerous level and in 2011, the Denbighshire Council had no choice but to act and repair the building. The final costs for its repair reached some £939,000. It was this council that voted to press ahead with a compulsory purchase order on the building. 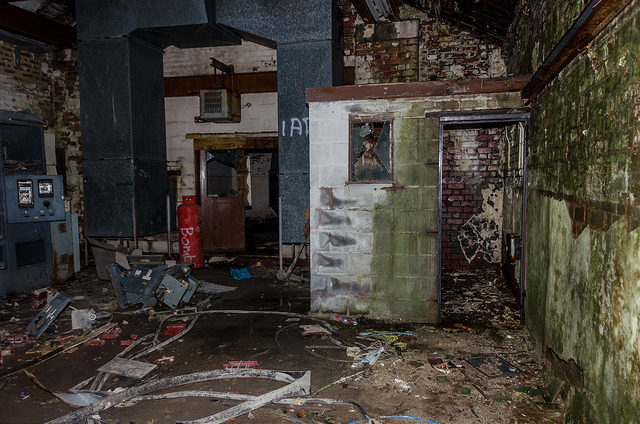 The basement.Author: Robin Hickmott CC BY 2.0

In any case, even if everything goes according to plan and the CPO is confirmed, there is still the lack of funding that stands as the main barrier.