Fort Wadsworth: The longest continually-garrisoned military base in the USA

Positioned on The Narrows which divide New York Bay into Upper and Lower Bay, this fortification is the former United States military installation standing proud and tall on Staten Island in New York City. Back in its heyday, it served as a natural point for the defense of both the Upper Bay and Manhattan. 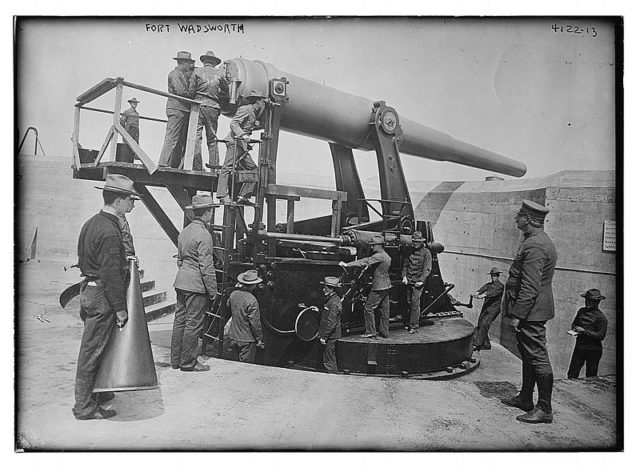 Disappearing gun at Fort Wadsworth in 1917.

It was once considered the longest continually-garrisoned military installation in the United States. During the Battle of the Wilderness in the American Civil War, Brigadier General James Wadsworth was killed in action, and the fort was named Fort Wadsworth in his honor in 1865. 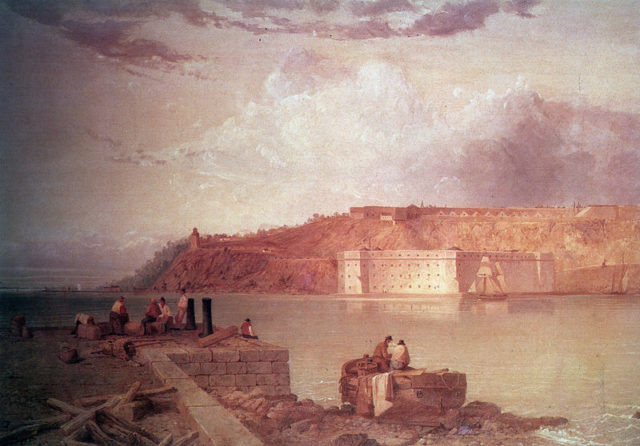 Back in 1636, a Dutch settler by the name of David Pieterszen de Vries built a blockhouse (a small fortification) on the exact spot where Fort Wadsworth stands today. This blockhouse was built in such a way that its defenders could fire their weapons in any given direction. 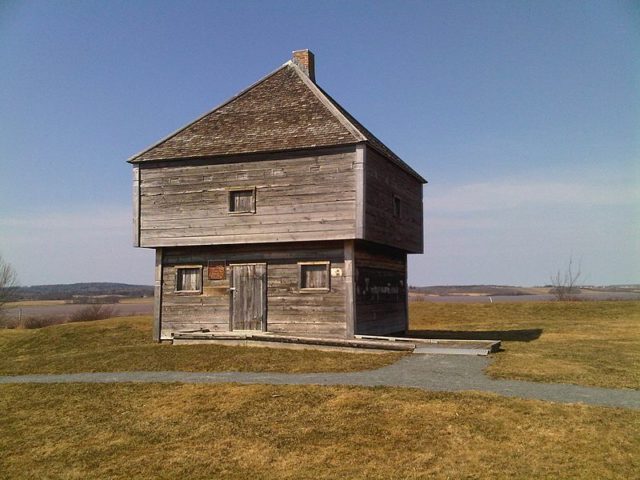 An example of a blockhouse (the oldest remaining military blockhouse in North America). Hantsheroes CC BY 3.0

Given the fact that this structure was wooden, it was only a matter of time before its attackers realized that the perfect weapon against it was fire. And so in 1655, during the Peach Tree War, an attacking army of Native Americans burned down the blockhouse. 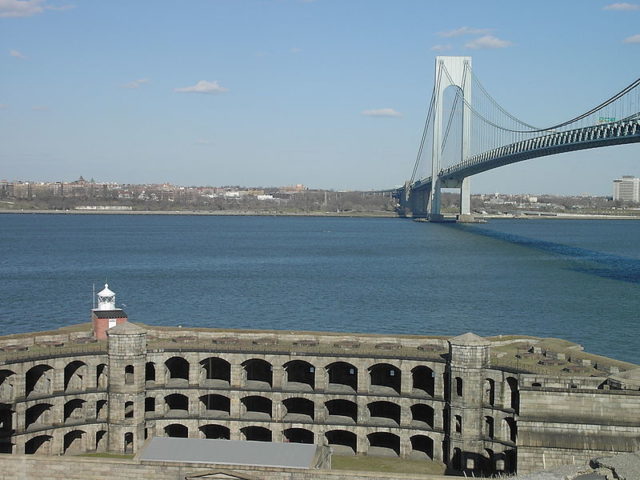 Fort Wadsworth. Whomever CC BY 2.0

Stubborn Dutch settlers refused to give up and built another blockhouse that was used until 1808. This place had its fair share of horror over the years. From the American Revolution to the First and the Second World Wars, it was the site of some major events. 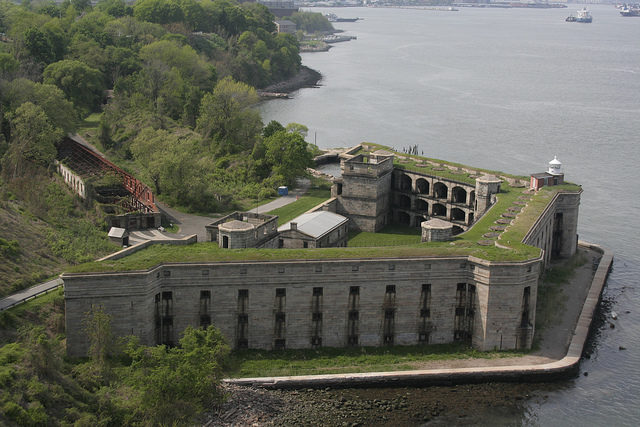 During the Second World War, there was a plan for a 16-inch gun to be built at Fort Wadsworth, but it was never executed. 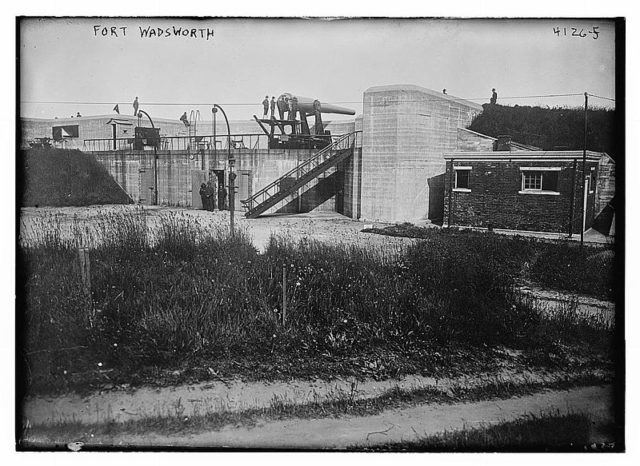 Unidentified battery at Fort Wadsworth circa 1917.

After World War II, this fort became the home of the 102nd Antiaircraft Artillery Brigade for the purpose of the air defense of New York City. Between 1952 and 1964, the fort also served as the Nike missile headquarters, though no missiles were ever actually kept at Fort Wadsworth. 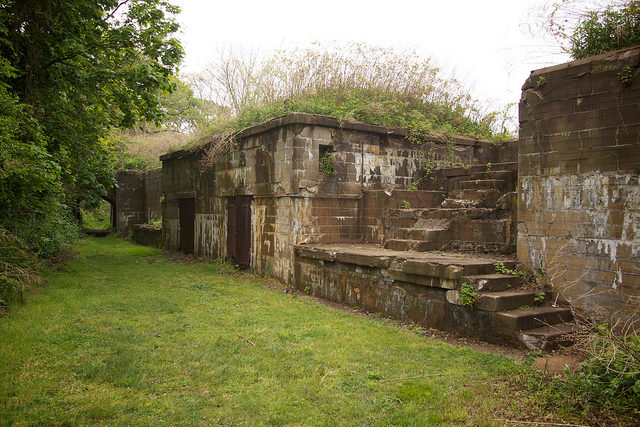 Back to nature. Marcin Wichary CC BY 2.0 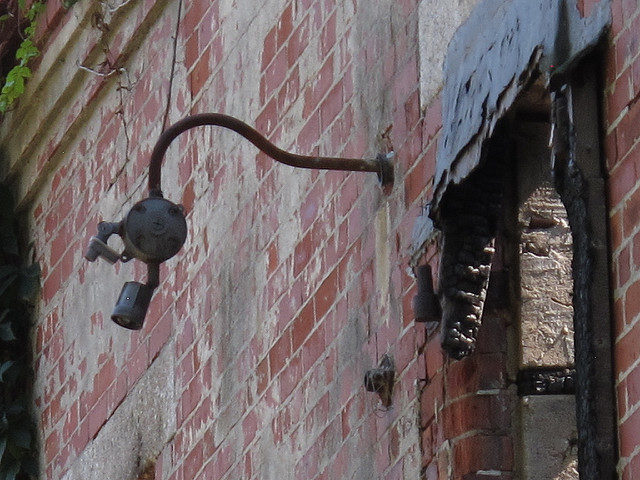 After that, it became the United States Army chaplain school before it was repurposed for the needs of the United States Navy. At the end, when the Navy left the premises, the Gateway National Recreation Area became responsible for the state and the preservation of the fort. 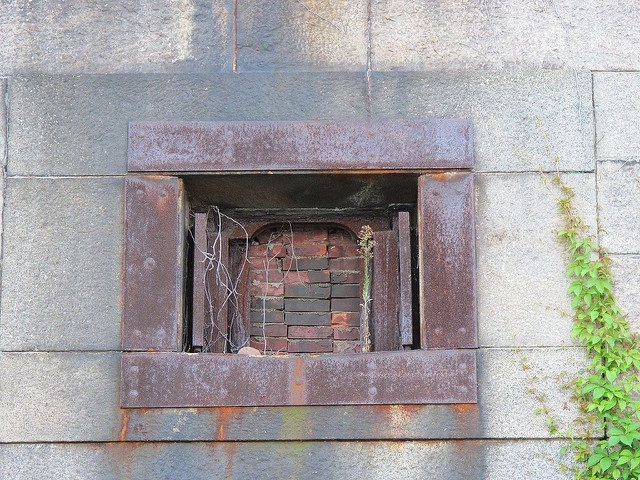 The name “Fort Wadsworth” is also sometimes used to denote the residential neighborhood that surrounds this former fort. On the South Beach branch of this neighborhood, there once was a station of the Staten Island Railway, which terminated its services in 1953.