The Strange Island of the Dolls, Mexico

The island of the dolls (La Isla de las Muñecas) is one of the 5,000 little islands in Lake Xochimilco, near Mexico City. These artificial islands (chinampas or “floating gardens”) were invented by the Aztecs as a way to increase agricultural production.

In the lake where the water was not so deep, rafts were constructed of juniper tree branches. On the floating rafts, mud and soil were laid down and crops planted. 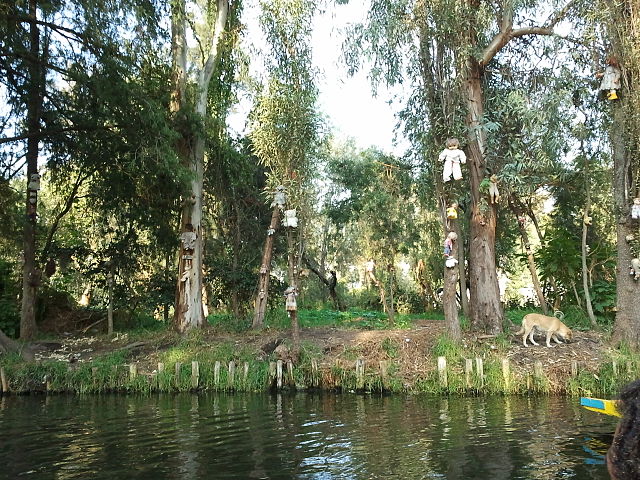 As time passed, the sunken rafts formed a group of islands. The chinampa islands multiplied and areas of the lake were reduced to canals. Today, some of the chinampas are used for agriculture, while others are urbanized and combined to create large islands.

The whole system of the chinampas is protected by UNESCO, and one chinampa has a haunting past and spine-chilling past: the island of the dolls. 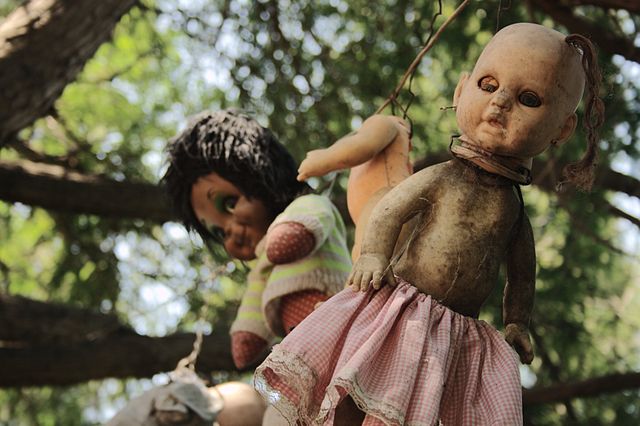 Some of the dolls from Santana’s chinampa.Author: Esparta Palma CC BY 2.0

The island of the dolls was the home of one man, Don Julian Santana. One day he decided to leave the loud and noisy civilization and moved to this little quiet island to live in peace, where he cultivated fruits, vegetables, and flowers. But according to the legend, sixty years ago he found the body of a drowned little girl on the banks of the island. He also found a doll near the dead girl and assumed that it was hers. 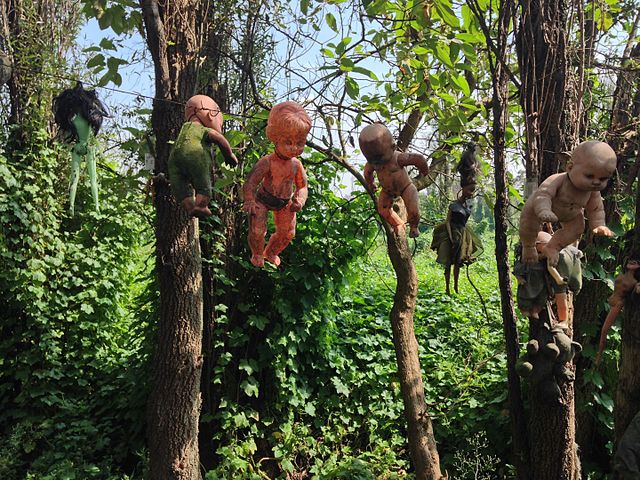 He started to be tormented by the memory of the dead girl, and thus he hung the doll on a tree as a sign of respect. He hoped that this act would be enough to please the tortured soul of the little girl and protect his living space from more evil. 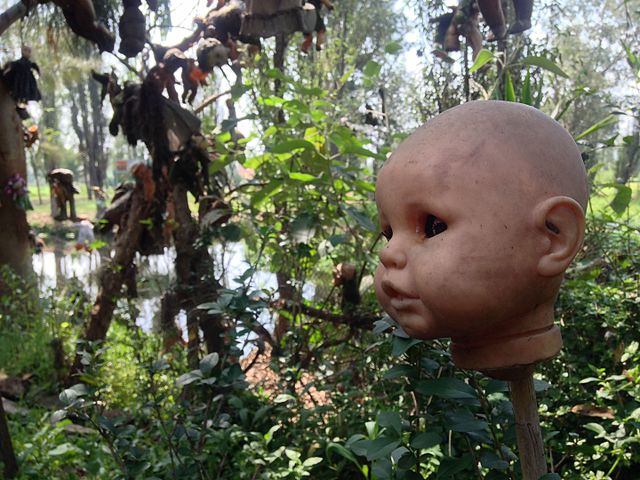 One doll on a tree was not enough to calm his mind. He continued to hear voices, whispers and calls for help. Don Julian Santana was terrified and hopeless. He collected dolls and doll parts that he found in the canals and in the trash, and placed them everywhere: on the walls of his cabin and on the trees. 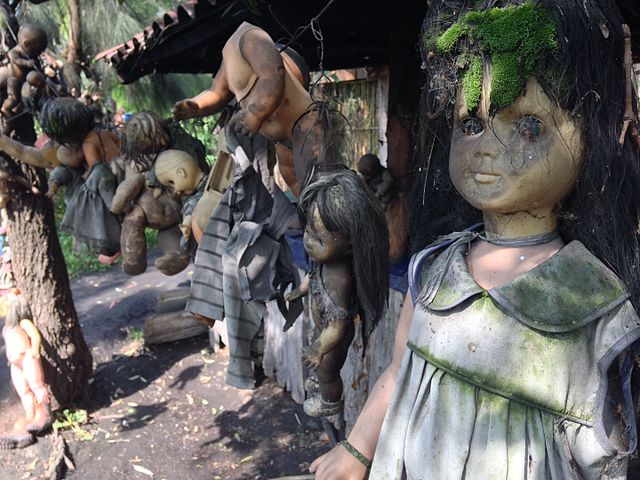 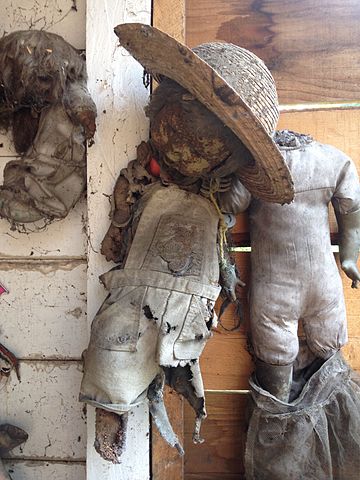 He believed that more dolls would end his suffering. He started to exchange his fruits and vegetables for dolls. People, especially the young, visited him out of curiosity and gave him dolls as gifts. Today, hundreds, maybe thousands of dolls, are the only inhabitants of this island. Dolls are hanging everywhere, covered with cobwebs and insects. 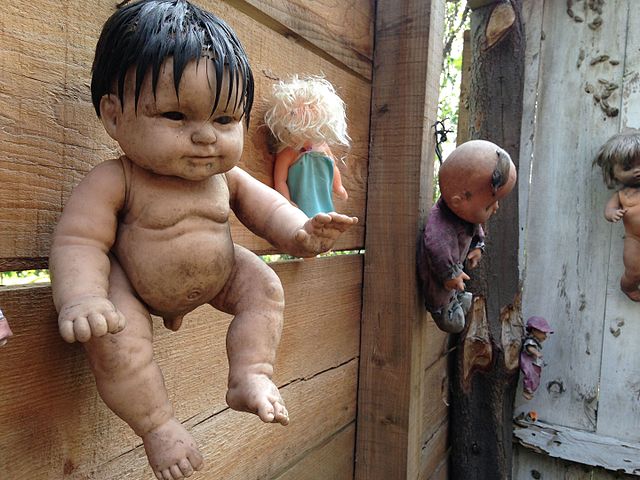 Another version of the legend says that the little girl was a young woman, who mysteriously died in the canal, strangled by the water lilies. On the other hand, the family of Don Julian Santana said that he was a very superstitious man who drank a lot. Another version of the story says that he went mad and believed that the dolls he found in the canals were real children he saved from drowning. Nevertheless, this island is still unique and incredibly eerie. And to make this story even more sinister, he died in 2001 on the same spot where he found the dead body. 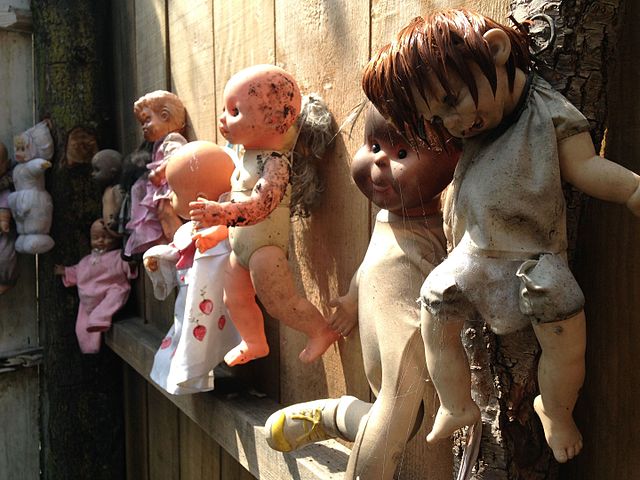 The island is a very popular tourist attraction. There is a small museum with some articles of daily local newspapers about the island and the previous owner. There is also a shop and three rooms. One of the rooms was used as a bedroom. In this room is the first doll that Julian found, also known as Augustinita. This doll was his favorite one. 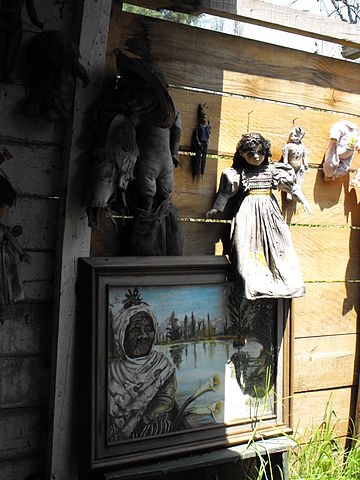 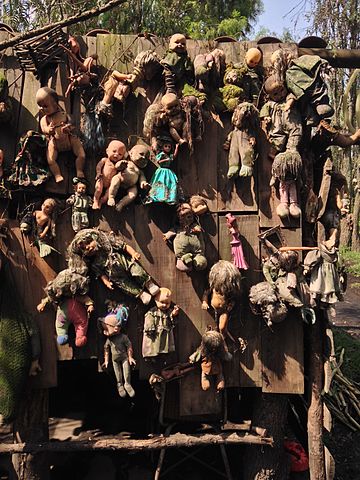 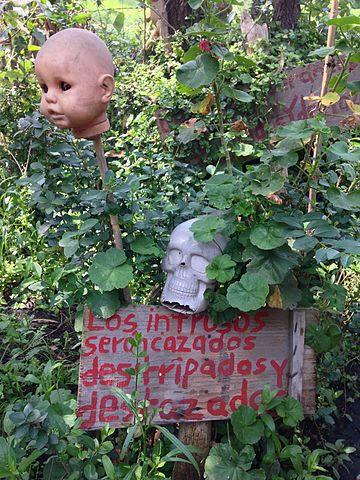 Some of the visitors place offerings around this doll looking for miracles and blessings, some others change their clothes as a form of worship. Some visit the island driven by curiosity, others because of some kind of religious superstition. But no one leaves it indifferent.