The mausoleum was built at the same time next to the castle. This building appears to have been completed in 1908 since this year is written on two bells that were made in Vienna.

The village of Bobda is located 20 kilometers (12.5 miles) from Timisoara in the Banat region of Romania. The village was first mentioned in the 13th century. After a war in 1695, Bobda was built with straight, perpendicular streets and houses lining the roads.

Ownership of this settlement has passed through different hands, but its last and most famous owner was Baron Gyula Csávossy (1829-1911).

The Baron and his family were the most important and wealthiest people in the village of Bobda in the 19th century. The family owned large plots of land and their main source of income was agriculture. Gyula was encouraged by his father to enter into the same business, so he settled in Bobda.

In the late 1800s, the Baron decided to lay the foundation of what would become a castle and a separate mausoleum. It took until 1889 for the castle to be completed. The finished building consisted of 42 rooms and was surrounded by parks and gardens. Its architectural style was based on the Esztergom Basilica in Hungary.

The stained glass windows that decorate the mausoleum were made in Munich. Apparently the rooms of the castle were once elegantly furnished with paintings, carpets, lace curtains, and chandeliers of Murano crystal. 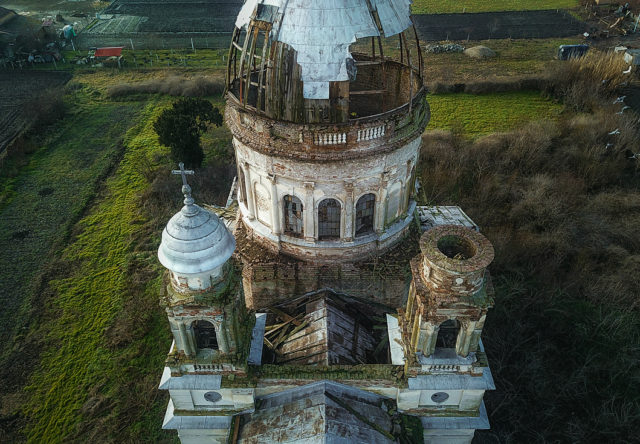 In the spring of 1911, the Baron’s wife passed away and was buried in a crypt under the mausoleum, where past members of the Csávossy family had been laid to rest. In the autumn of the same year, the Baron himself passed on and joined her in the crypt.

After the Baron was gone, the estate began to deteriorate as his two sons, Joszef and Endre, were forced to sell off more and more of their property. Eventually, the two men had sold everything to the community and decided to move to Canada and Switzerland.

In 1930, the castle was bought by a local resident. However, he could not repay the loans he’d taken out to finance the purchase so the castle was demolished and its stones carted off to provide building materials for other sites.

The mausoleum became the property of the Bobda village community and began to be used as a place of Roman Catholic worship.

Unfortunately, in the 1950s, the local mayor desecrated the site, pulling it apart in an effort to find treasure. He ended up spending two years in prison for this offense.

The last Roman Catholic service to be held at the mausoleum took place in the 1980s and there are now no Roman Catholics living in Bobda.

Since its closure, the mausoleum has suffered damage and desecration. The beautiful stained glass windows have been smashed or stolen, the organ has been destroyed, and the dome is now falling in.

Worst of all, some teenagers broke into the crypt and played football using the bones of the Csánossy family (which were ultimately reburied somewhere else to prevent the recurrence of such a horrible event).

In the early 1990s, the president of the district council wanted to find a way to preserve the mausoleum as a historical monument.

However, attempts to find a solution were unsuccessful since no financial support was available from the state budget and foreign investors could not be attracted under the legislation in force at the time.

In 1998, a severe storm occurred and resulted in accelerated destruction as water seeped into the structure and weakened it. However, the Ministry of Culture was not able to allocate funds for the restoration of the mausoleum due to the fact that the building was owned by the Roman Catholic Church.

In 2012, an assessment of the mausoleum was carried out in order to understand what damage had been done and what was needed in terms of reconstruction. It was estimated that it would cost up to 300,000 euros to restore the mausoleum.

While this building is considered to be an architectural gem of the village, local authorities have warned that if restoration measures are not taken soon, the building will need to be demolished in the coming years.

There is hope that the Church will donate the building to the Ministry of Culture so that funds can be used to rehabilitate this remarkable place, but there are no definite signs of this happening yet.

And even that course of action may not save the mausoleum as there are other valuable buildings within the region that also needed restoration or preservation.

A big thank you to Cristian Lipovan. You should check out his online profiles for more stunning photos: 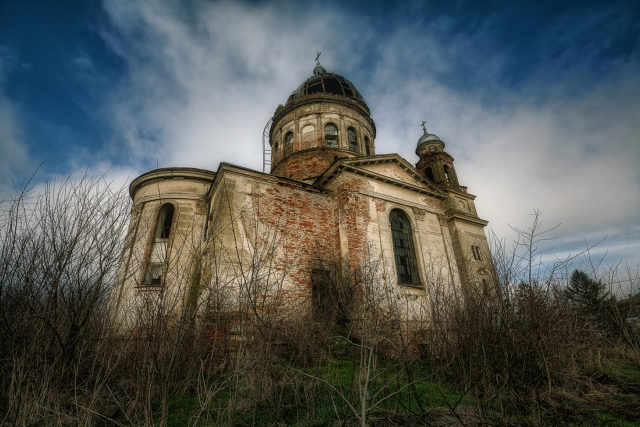 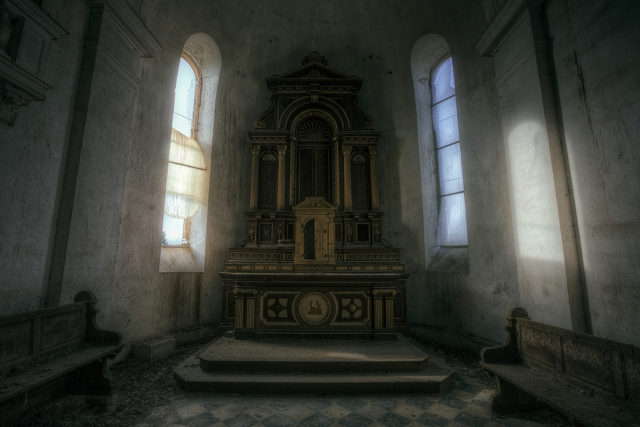 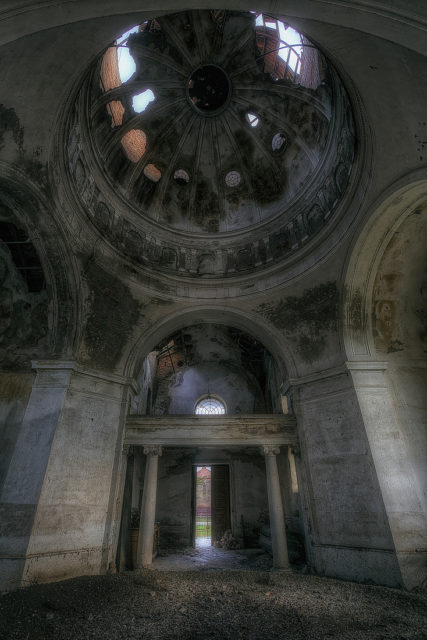 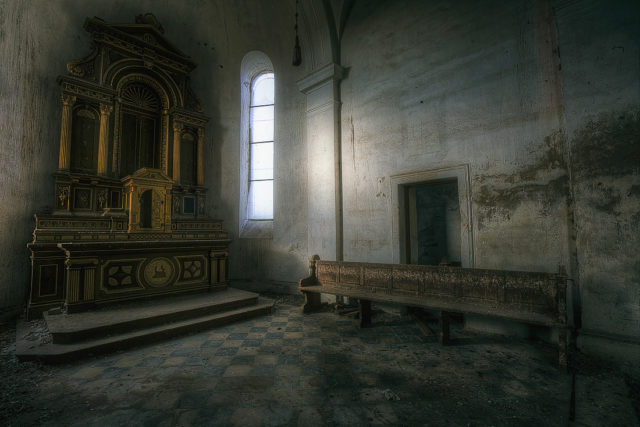 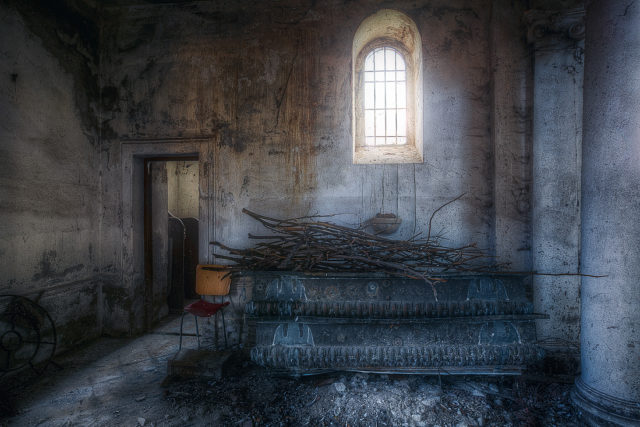 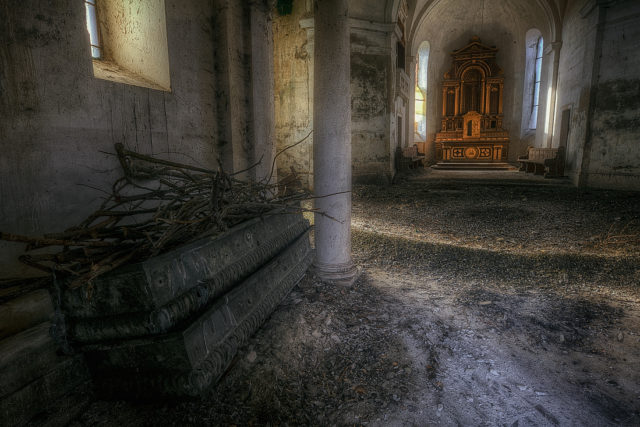 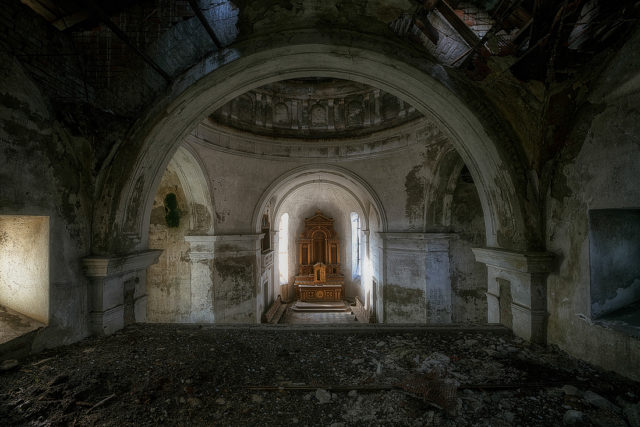 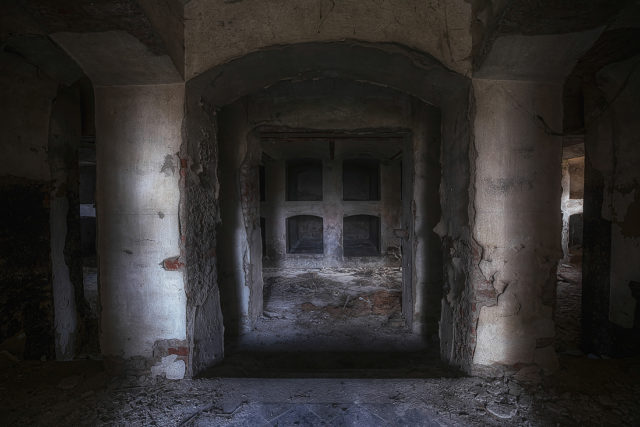 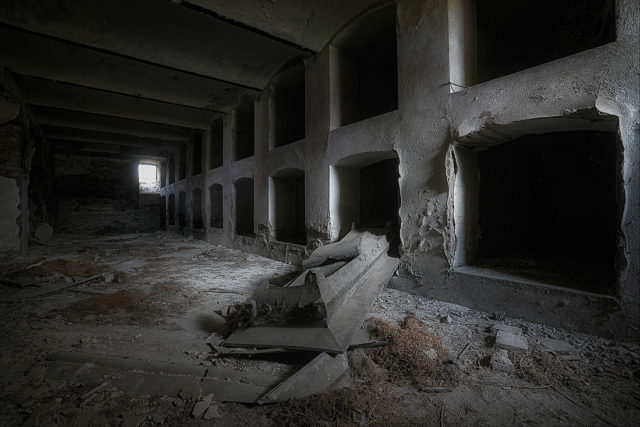