‘Blues Brothers’ Dixie Mall: The movie postponed the demolition in the first place

If you travel to Harvey, Illinois, USA, at the junction of 151st Street and the Dixie Highway, you are likely to come across the spot where the Dixie Square Shopping Mall once stood.

This mall was leveled to the ground in May 2012 after it stood abandoned and forgotten for 34 years. 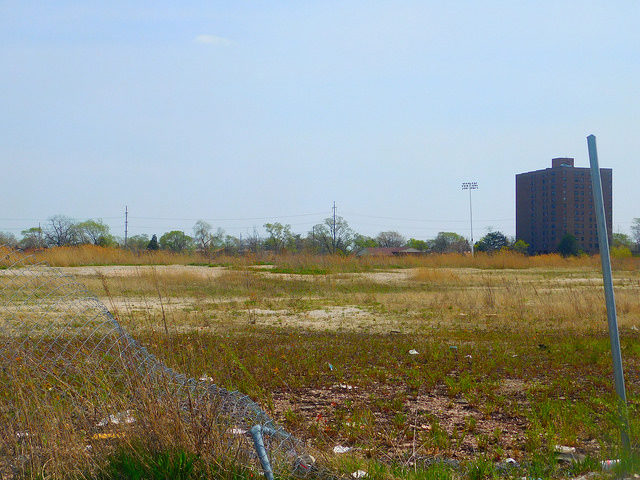 Back in its day, the mall was bustling with shops and customers and was even used as a filming site for The Blues Brothers. The movie postponed the demolition in the first place–the damage made during filming was never repaired. The total cost of the destruction during filming was $87,000.

High vacancy rates and low patronage are the number one reasons why this mall had to be closed.

The Dixie Square Mall was the product of a $25 million investment and a great deal of manpower. Opened in 1966 on the site of a former golf course, it was initially a successful enterprise.

The initial construction began in 1964 and Montgomery Ward was the first of the mall’s stores to open–and also the first one to be demolished 34 years later. 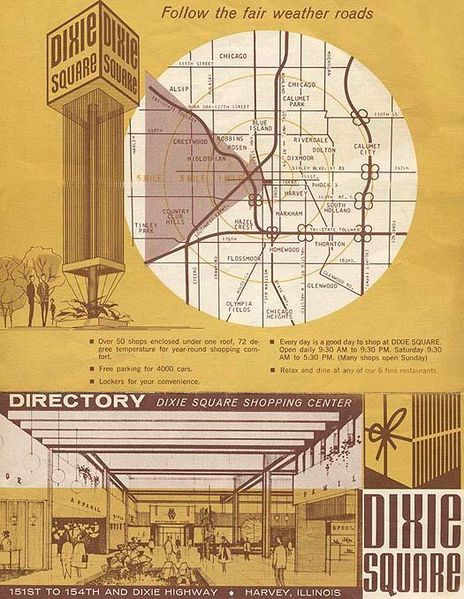 Front cover of the directory for Dixie Square Mall.

There was a grand opening celebration featuring stars like Homer and Jethro and Bozo’s Circus.

On its darker side, the mall was located near a failing, poverty-stricken suburb and it was a target of regular incidents of robbery and theft. In just one year, there were three murders that happened at or near the mall. Slowly, the mall began to have a bad reputation. 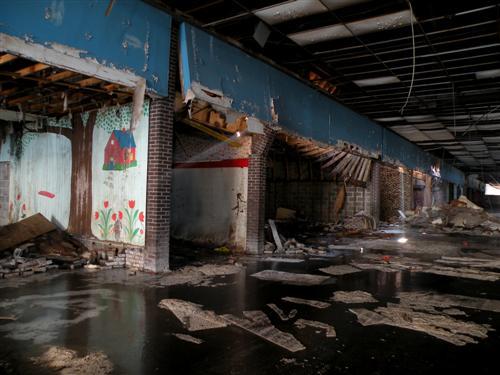 From 1973 to 1976, Dixie lost many stores including the big ones like Montgomery Ward, which closed on October 4, 1976. Fruitless efforts to renovate in 1976 failed to bring back shoppers. The mall even shortened its name to simply Dixie Mall but to no avail. The mall was closed in November 1978. 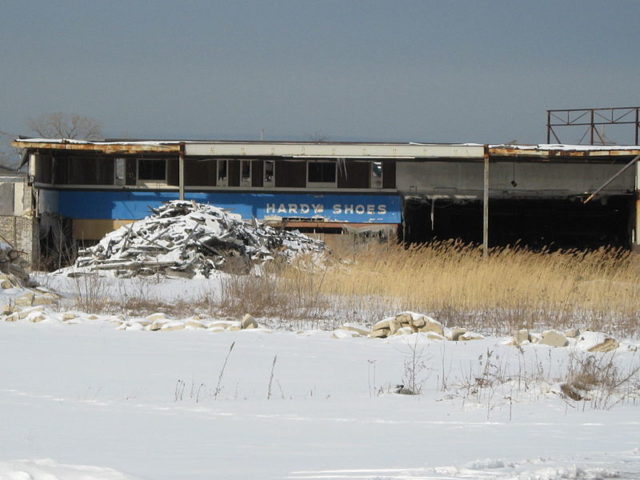 In 1984, the first vandals broke in, damaged and looted the mall, and left all of the doors wide open. Every single glass and glass display in the mall was now broken, and all metal worth salvaging was stolen. Many homeless people used the abandoned mall as a shelter, but even they were not safe from vandals. In 1993, a woman was raped and strangled inside the ruins of the mall. 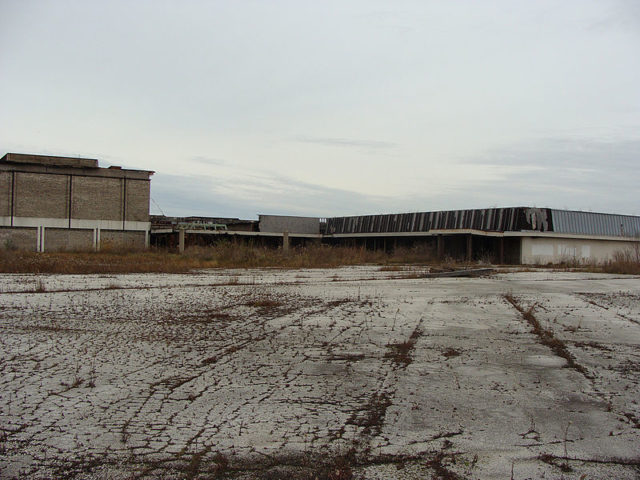 After trees began growing inside the mall and a major fire caused the roof to cave in inside Woolworth’s, demolition of the mall looked like the only solution. 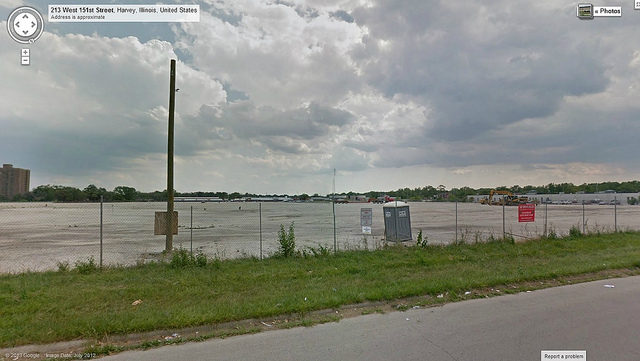 On Wednesday, February 15, crews began to demolish the mall. By May 17, 2012, Dixie Mall and the traces of its dark past had been erased completely.

« The Drish House: The unique abandoned mansion proudly survives the passage of time
Château d’If: A medieval fortress-prison, mostly known from the novel The Count of Monte Cristo »