The City of Newark, New Jersey made a large land purchase in 1896 for the purpose of taking some weight off the shoulders from the overcrowded Newark Hospital.

The hospital that came to stand on these newly bought grounds is the Essex County Hospital Center.

Its initial function was to serve as a defunct psychiatric hospital but later down the road, it got transformed into a to a house for the mentally ill patients. The period from 1800 to 1900 is filled with the wealth of history as well as the tragedy of the American Civil war. 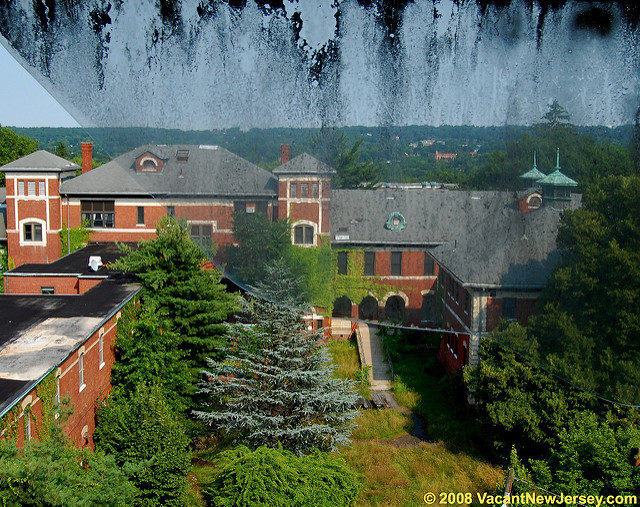 A look trough one of the windows. Author: Justin Gurbisz CC BY-ND 2.0

The result of any war is nothing more than a thousand upon thousand wounded, mentally disturbed soldiers and citizens with the need to be housed in some form of institution. So the city of New Jersey was busy building not just for the need of the patients, but also for the rest of the population. The city built structures such as powerhouse, Laundromat, and theater. 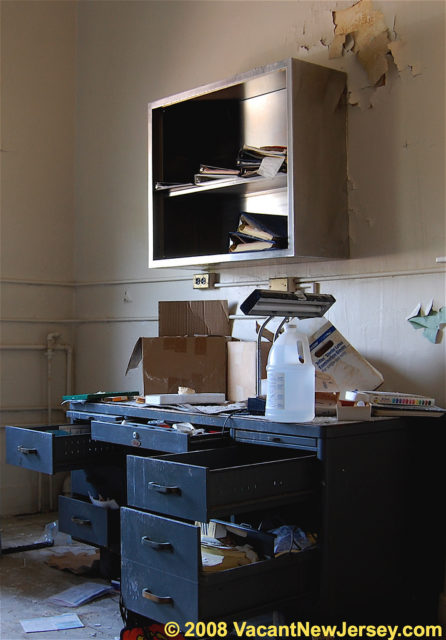 Later in the 1920s the tri-state mental correction bought the land and converted Overbrook (another name for The Essex County Hospital Center) into a mental institution. The hospital was so large that the need for a train stop was a must. 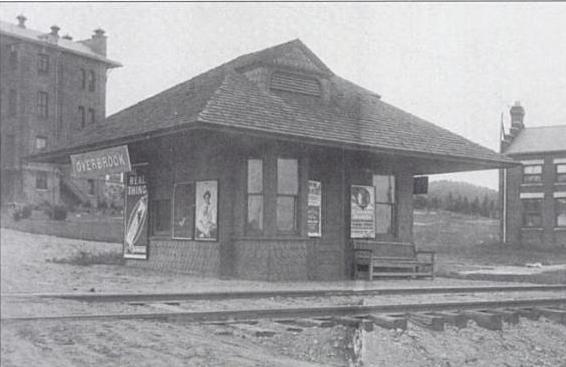 This railroad was used for the transport of the huge amounts of coal that was needed in order for the hospital to function properly. The food that the patients required on daily basis was grown on the grounds of the hospital and these same farming grounds were used as a form of therapy for the patients. 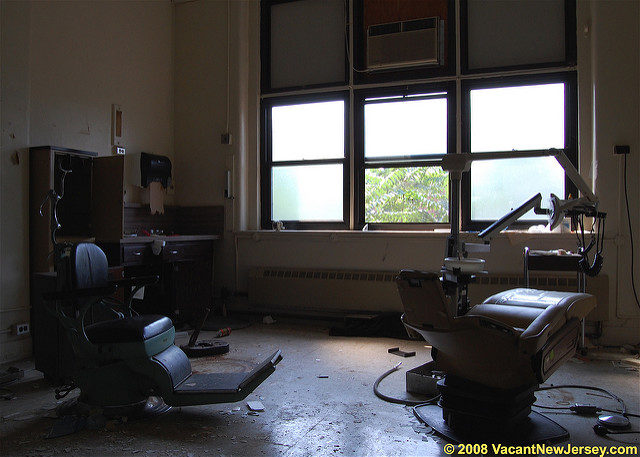 The trip to the dentist. Author: Justin Gurbisz CC BY-ND 2.0

A deeper look into the history of this hospital and one can find the baseball team that the hospital had capable of competing with the rest of the neighboring teams. The Overbrook asylum was so serious about its purpose of nurturing its patients that they even owned its own firehouse and a bakery. And this is when the tragedy stepped in.

During the winter of 1917 according to Weird New Jersey, the hospital’s boilers failed and the aftermath of this disaster was 24 patients freezing to death. They were found stiff and colorless in their beds. 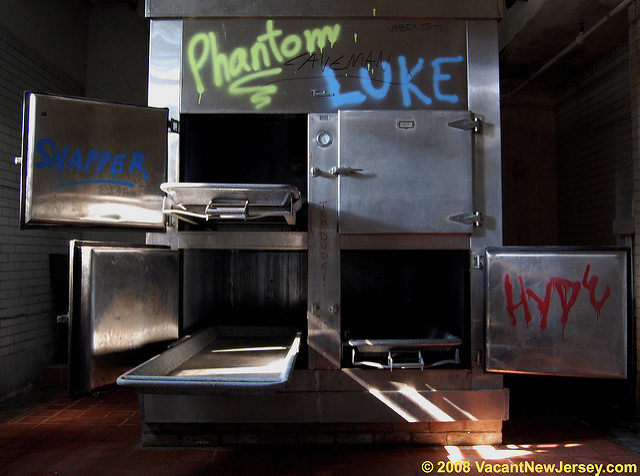 The end came in 2007 when the hospital after years of service was finally closed. Now it was time for the vandals, the graffiti artists, the urban explorers and the legend makers to continue the story alive. Time may decay a building but time may never destroy the saga of the Essex County Hospital Center.

« The city was built for one reason only – to protect it’s citizens from attack.
Wild West Ghost Town: Buildings still contain belongings that were left there years ago »