The Priory was abandoned by the monks, but their presence still lingers in its ruins

Situated on the northern shore of Loch Etive, about five miles down the Glencoe mountain road, is a place of beauty and serenity.

Hidden from society and surrounded by beautiful landscape is one of Scotland’s smallest and most secluded priories: Ardchattan. 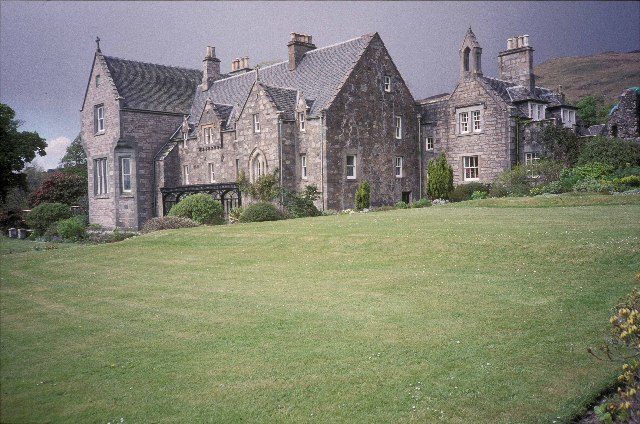 The estate itself is truly majestic and Ardchattan is a vital part of Scotish history. There is a verdant garden in front of the house with an abundance of roses, decorative plants, and trees. The view over the Loch Etive lagoon is spectacular. 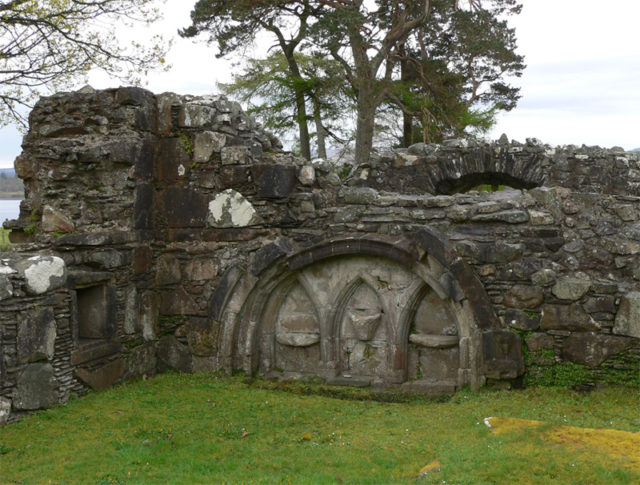 Founded in 1230 by Duncan MacDougal, Lord of Argyll, the Ardchattan Priory was a residence for monks belonging to the Valliscaulian Order. Today, the entire property is privately-owned but stays open to the public throughout the summer.

Everything around the main house and garden is now essentially a museum and all that remains of the old monastery is on display. Visitors can see relics and engraved stones dating back from the 15th and 16th century, and one Celtic cross that predates Ardchattan by at least 300 years.

The ruins of the chapel and the graveyard are in good condition and in the care of Historic Scotland. The Valliscaulian symbol is engraved on one of the keystones over a doorway.

From 1545, the Ardchattan Priory was supervised by John Campbell and then passed on to his son Alexander in 1580, and it has remained in the hands of the Campbell clan ever since. In spite of the reforms of 1560 bringing an end to the monastic community, the priory continued to function as a place of worship.

In the centuries that followed, additions to the church were made, including a larger choir, sacristy, and two new chambers known as the Lochnell Aisle and the Ardchattan Aisle, dedicated to two branches of the Campbell clan. The tombs at the church are so tightly positioned that it is impossible to walk between them. Between the graves, a different kind of interment can be noticed.

It is boxed in to protect it from the weather and belongs to the MacDougalls, where Somerled MacDougall and his sons are buried. Just outside of the Lochnell Aisle is the MacDougall Cross, commissioned by Prior Eugenius MacDougall and carved by John O Brolchan, a stonemason from Iona. This is one of only a few medieval crosses that has the name of the carver engraved on it. 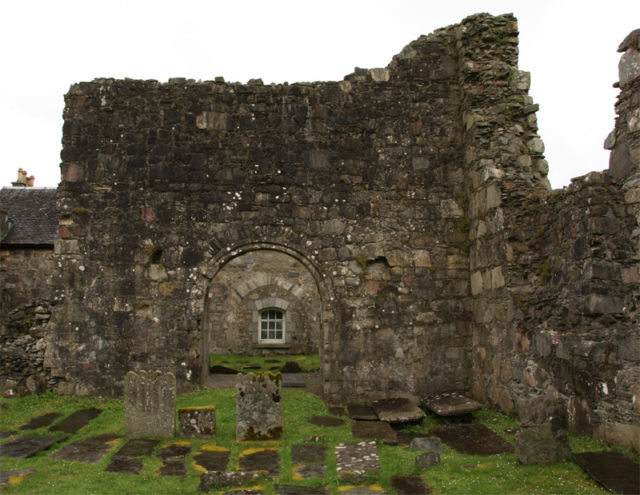 Looking back over the centuries, it seems that life at Ardchattan was serene until the mid-1500s when the newly-formed Protestant movement sought to erase every sign of the Roman Catholic Church. The priory’s records reveal that in 1538, six monks were in residence here, but that there were only three in 1560. 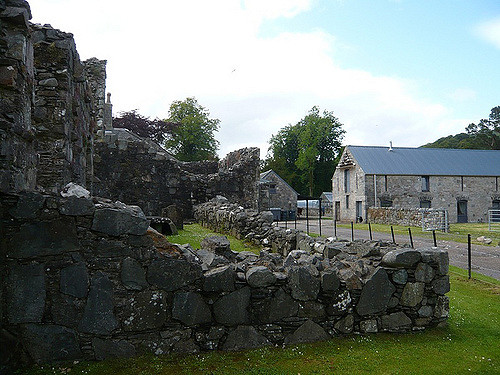 After that, Ardchattan was slowly transformed into a private home. However, the church remained in use until 1732. 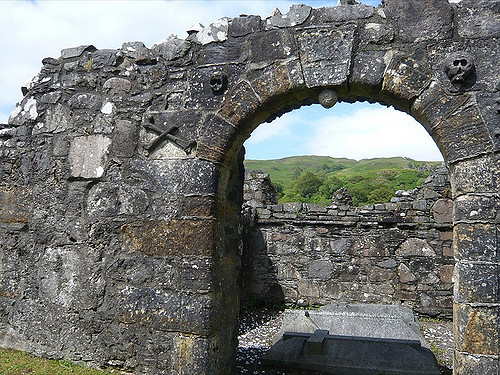 And even though the Ardchattan Priory is no longer a place of worship, it still retains an atmosphere of reverence. It is easy to imagine the many centuries that people lived in tranquility in this peaceful, isolated place.