There is a great scene in The Godfather: Part II when the young Vito Corleone walks through the Great Hall on Ellis Island, waiting in line to be processed by the immigration officer.

He is scared, alone, and surrounded by many other immigrants wanting to enter to America. 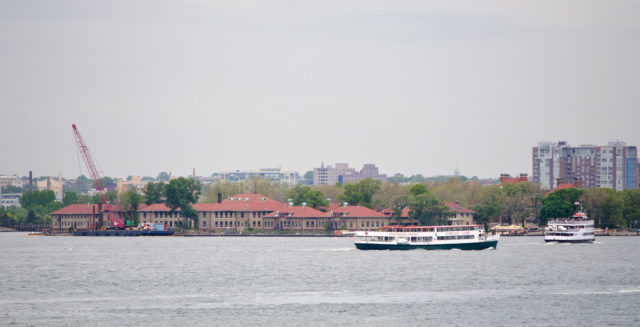 It is an evocative sequence of that time and place in history and speaks volumes without saying too much. This is what was like back then. Thousands and thousands of immigrants patiently standing, hoping for the chance of a better life. 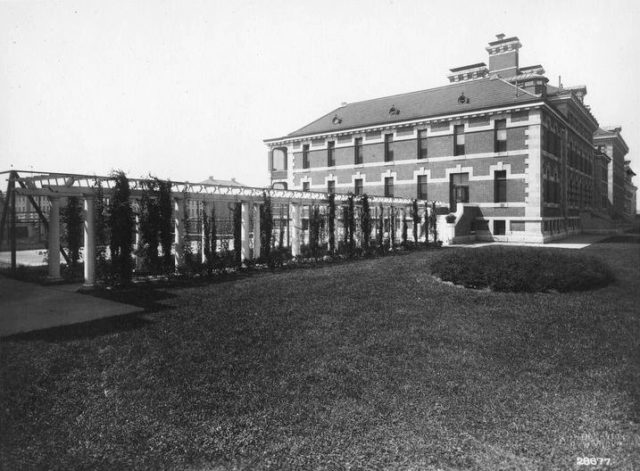 View of the hospital

Ellis Island was that final obstacle, the ‘gateway to America’. As the largest and most active immigration station, from the time it opened on January 1, 1892, and by the time it closed on November 12, 1954, 12 million immigrants had passed the gates of Ellis Island and entered the States. 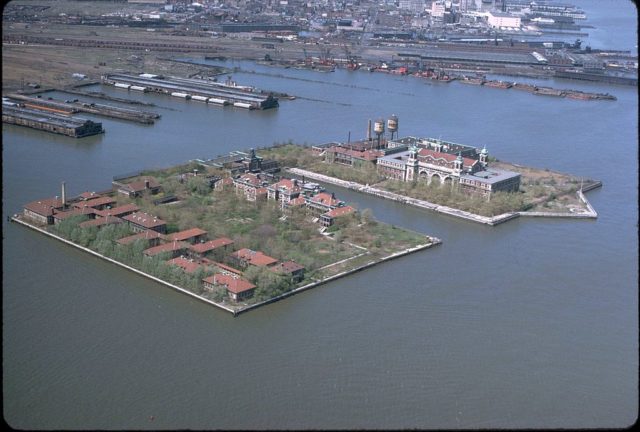 Ellis Island as seen from the air in the early 1970s, with the hospital at the southern (left) side of the island which was created with landfill. 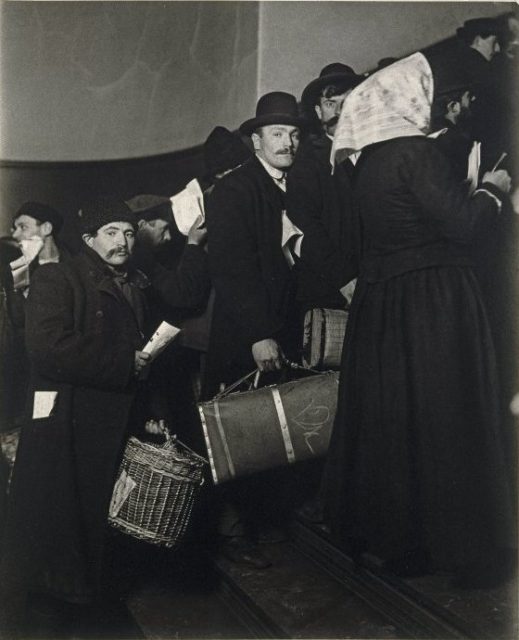 However, getting into the United States wasn’t that easy. And the ambivalent attitude that the Americans held towards immigrants was an additional barrier. The government had a number of regulations and procedures that needed to be passed in order to gain approval.

They were subjected to rigorous medical and physical inspections, especially the immigrants who traveled in second or third class. Those who were wealthier were treated more lightly. The methods that the officials used, such as the symbols that were put on the clothing of the potentially sick or suspicious immigrants, would today be considered inhumane and prejudiced. 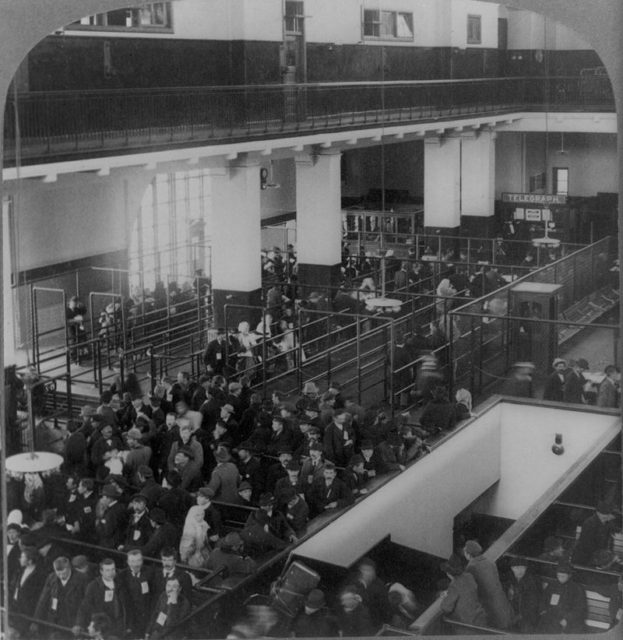 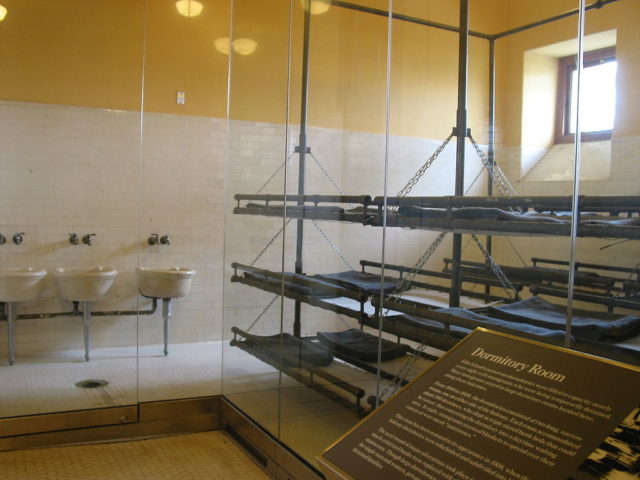 The reviews were conducted by representatives of the United States Public Health Service. And their primary concern was diseases like cholera, tuberculosis, and trachoma, which they didn’t have a cure for at the time.

And because of the huge number of arrivals on a daily basis, a place was needed where they could transfer those with serious health problems or pathogens. 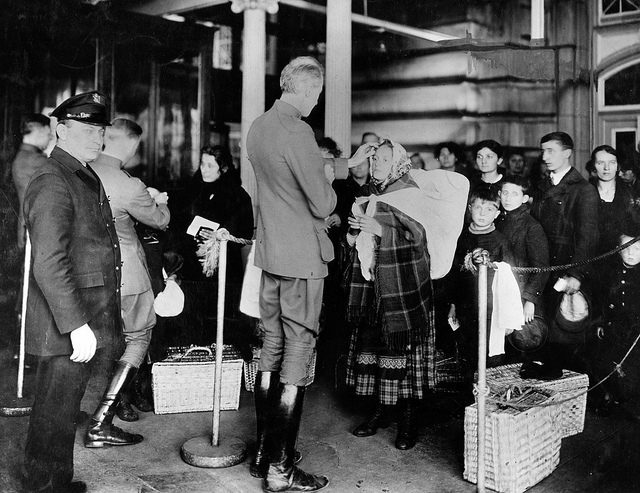 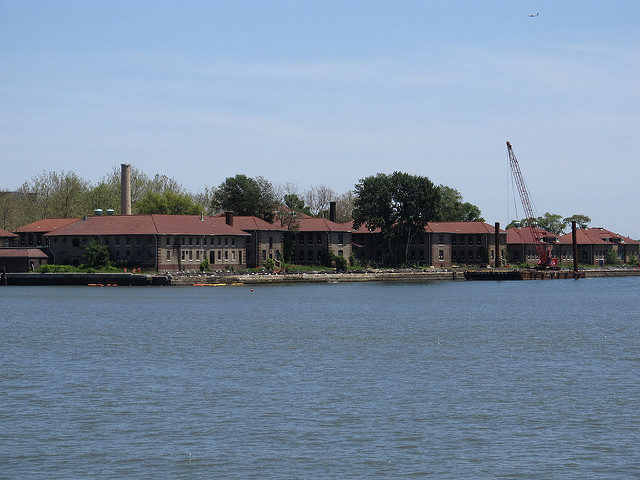 For all the immigrants who didn’t pass the check-up, a medical detention facility was built on the southern side of Ellis Island. Constructed in phases and built on rock and dirt excavated from the construction of the city’s subway system, the hospital opened in 1902.

It was the United States’ first and largest public health institution at the time. The entire complex counted 29 structures, composed of both a general hospital and separate buildings for the contagious disease wards.

By the time it became fully operational in 1914, the Ellis Island medical complex had detained over 10,000 patients from 75 countries for treatment.

However, the conditions and the circumstances under which the patients were committed at the hospital were quite rigorous. Usually, one out of ten individuals regarded as ill or unfit to enter the US was sent to the facility. 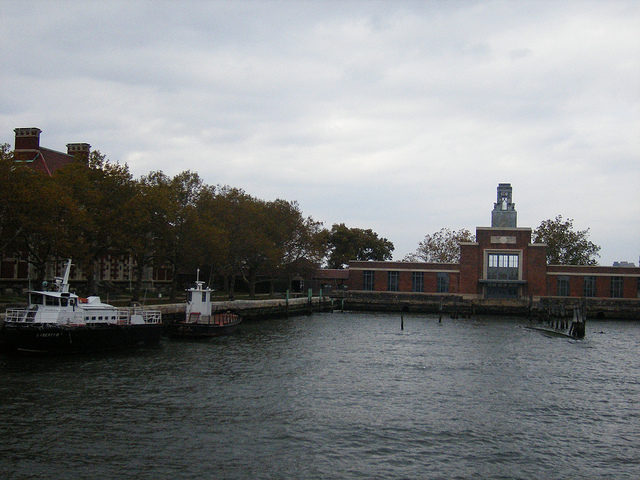 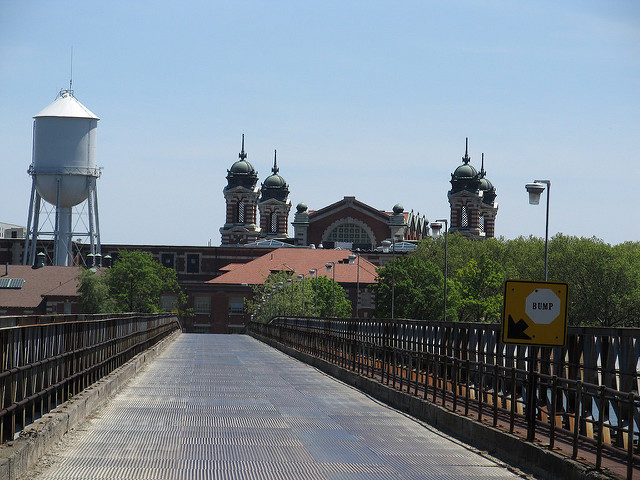 Upon their arrival, they were subjected to thorough medical examinations which often resulted in a long, involuntary stay away from their families or deportation. Those that were seriously sick were held in quarantine.

Feelings of isolation and abandonment were common among patients and the psychological trauma they went through would follow them for the rest of their lives. But for many immigrants, the Ellis Island Hospital came to be their final resting place. 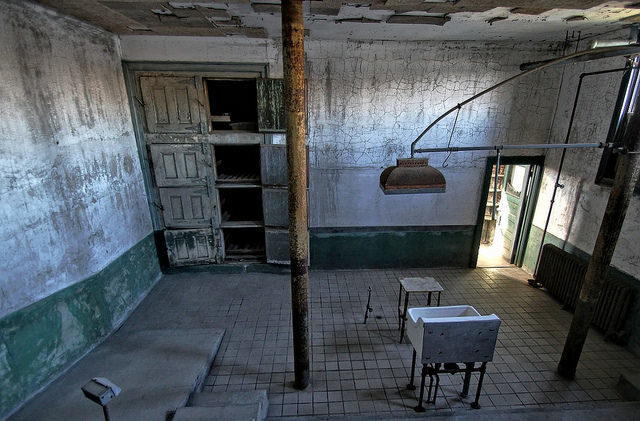 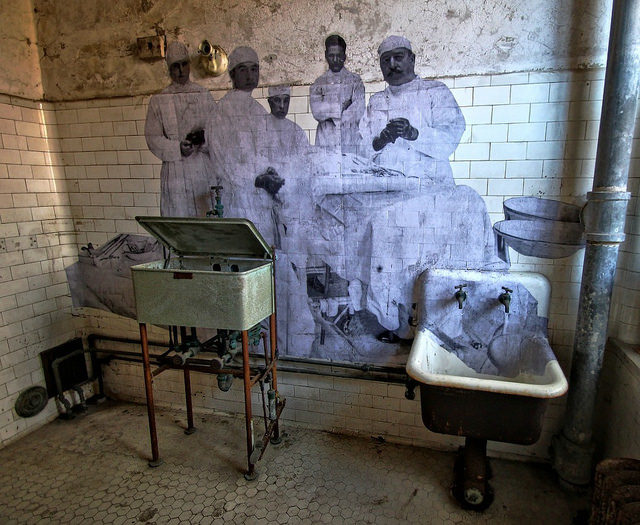 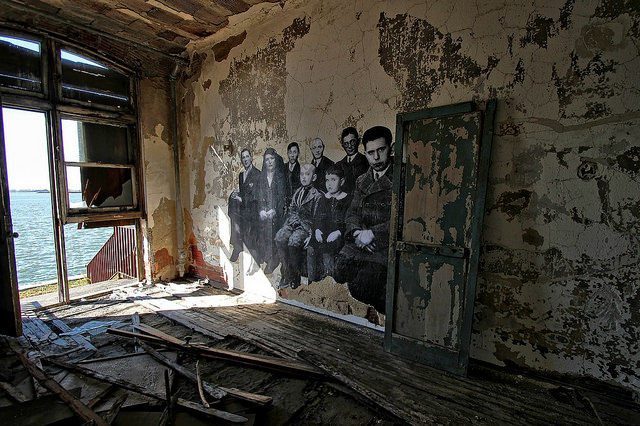 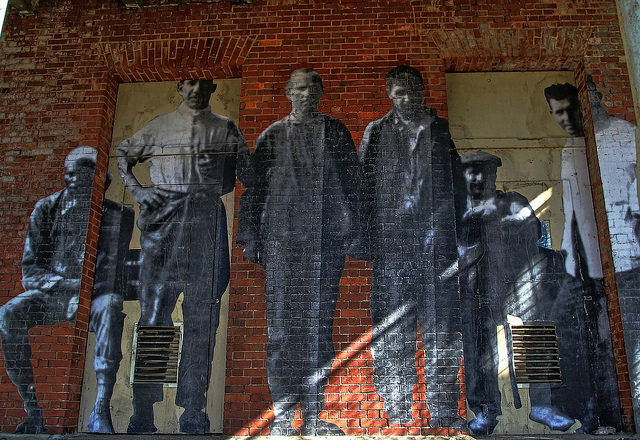 After the Immigration Act of 1924 was passed, the arrival of immigrants on the Ellis Island port was reduced, because it allowed for them to be processed at overseas embassies. The port only accepted immigrants who were either war refugees or displaced persons.

And because of these new restrictions, the number of patients in the Ellis Island Immigration Hospital began to steadily decline, and finally, in 1932, the medical complex closed its doors. During World War II, the facility was sometimes used for housing disabled American servicemen as well as some German and Italian prisoners of war. 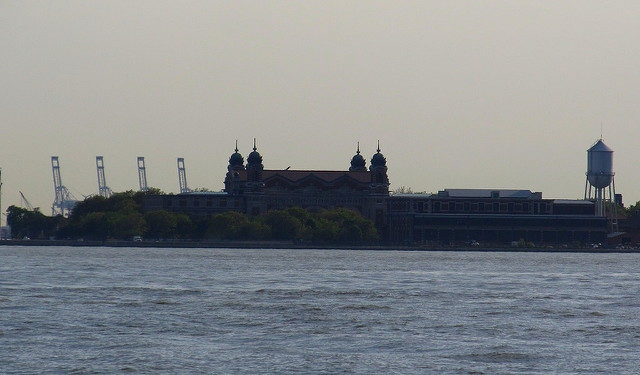 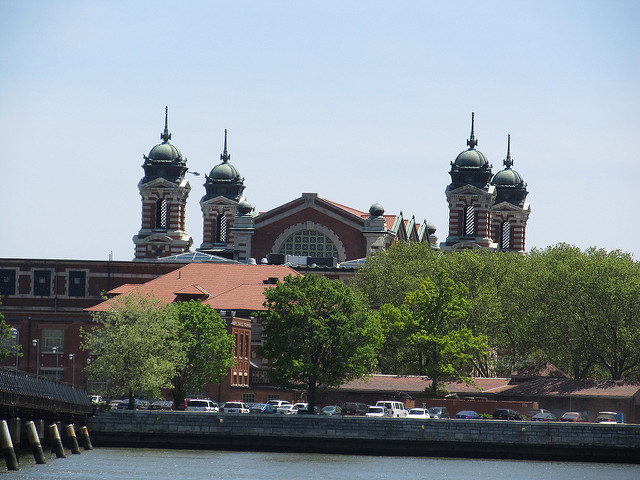 In 1954, the immigration station on Ellis Island was shut down, and the hospital complex abandoned and left to deteriorate. Neglected for years and in a severe state of decay, the crumbling structures of Ellis Island Hospital were closed to the public until 2014. Today, sections of the area are opened and visitors can walk around the complex’s hospital wards, kitchens, laundry facilities, and morgues. 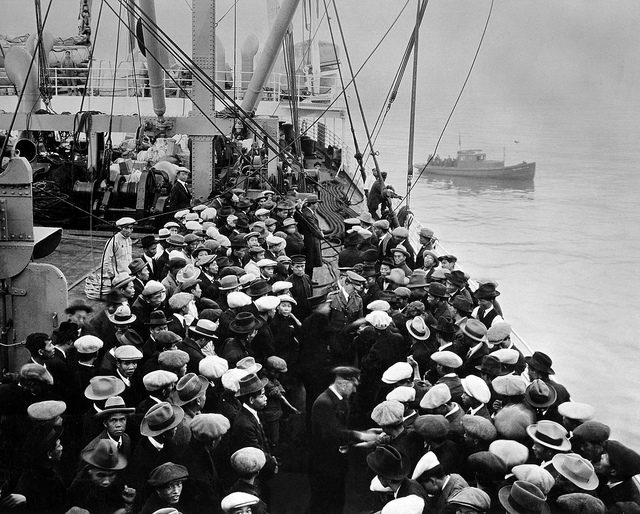 Health Inspection of Immigrants in the 19th Century. Author: NIAID CC BY 2.0

Despite its bleak history, the facility is seen as a relative success. No major epidemic was ever traced to an immigrant after being treated at the hospital, and only 3 percent of immigrants were deported for contagious diseases or other medical reasons.

« Bokor Hill Station: The resort that has been abandoned several times
The Namibian Ghost Town That’s Being Swallowed by a Desert »