A stunning network of caves has been found down a rabbit hole on a farmer’s land near Shifnal in Shropshire, England. Reportedly the Caynton Caves were used by followers of the Knights Templar in the 17th century. Located barely three feet underground, the Caynton Caves look like a set from the movie Indiana Jones and the Last Crusade.

However, Historic England, a public body that looks after England’s historic environment, describes the caves as a “grotto” and believes that they were built in the late 18th or at the beginning of the 19th century. The caves include neo-Norman decoration between columns, one neo-Norman doorway with beak-heads and a roll molding, decorative quatrefoils and designs abound. 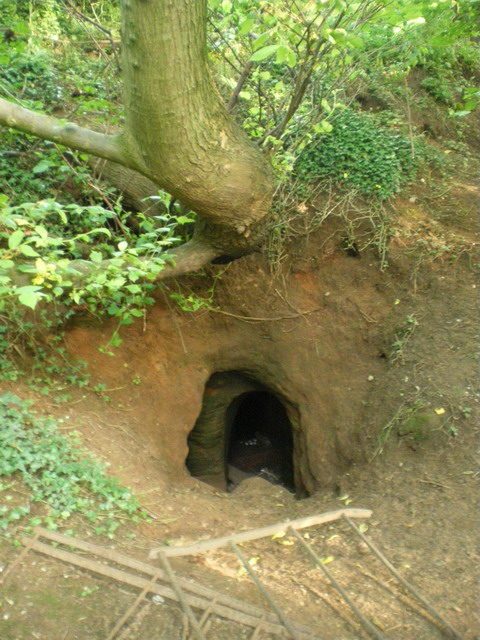 Michael Scott, a photographer from Birmingham, visited the site after he saw a video about it online. “I traipsed over a field to find it, but if you didn’t know it was there, you would just walk right past it. Considering how long it’s been there it’s in a fantastic condition, it’s like an underground temple,” he said according to the BBC.

He added that the cave entrance was quite cramped, as it has been partially filled in: “I had to crouch down, and once I was in it, it was completely silent. There were few spiders inside, but that was it. It was raining so the slope down was quite sludgy though inside the cave was bone dry.”

It is speculated that the caves have also been visited by pagans and druids and were used for intimate secret ceremonies and rituals by modern-day visitors. The Shropshire Star reports that the owners of the caves closed them to visitors after they found them filled with candles, graffiti, and rubbish. 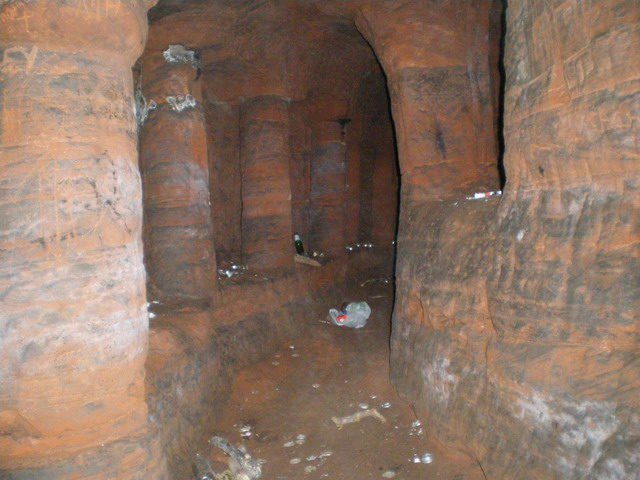 Although the interior carvings include two Templar crosses it seems unlikely that the caves are connected to the Knights Templar. This Christian military order that was founded in the first half of the 12th century to protect pilgrims on their way along the dangerous roads that led to the Holy Land was dissolved in 1312. However, according to Shropshire History, the caves date from the Victorian-era.

“This is an underground folly which has been cut out of sandstone as a temple. It is unknown when or why it was built but probably was created as a folly in the mid-19th century when it was considered fashionable. The landowners used to allow the public to explore the temple but the disrespectful behavior by visitors had finally made them seal up the entrance.”

« The 10,000 room Nazi resort complex without a single guest ever accommodated
Djémila: Аncient city in Algeria which is one of the best-preserved Roman ruins of North Africa »