Holding their ground like true war heroes and completely frozen for the last 40 years, these relics of time tell a story which deserves to be heard. For the residents of Budapest this place goes by the name of Istvántelek and for the rest of the world, that name is Red Star Train Graveyard, the place where trains went to die.

This train graveyard or depot is where one can find the MAV 301 series locomotive that was the star of transportation from 1911 to 1914,  one of the two left in the whole world. 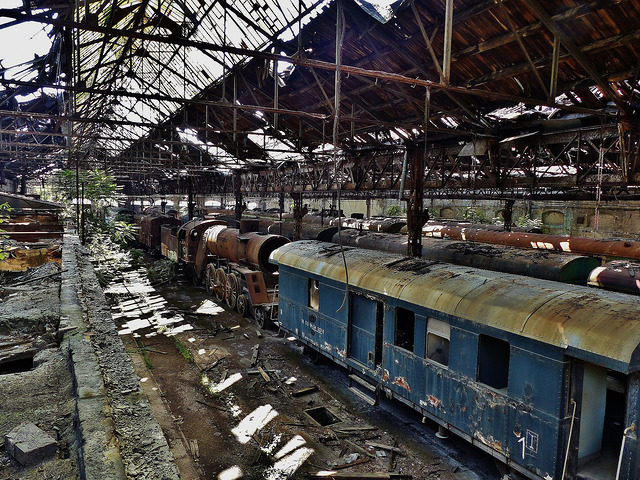 The glory of Istvántelek. Photo Credit: URBEX Hungary, CC BY 2.0 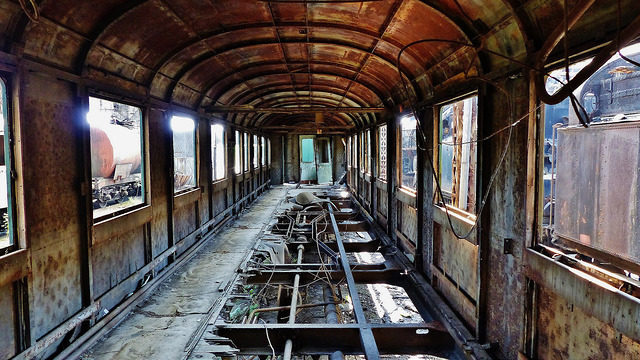 The interior in some of the trains. Photo Credit: URBEX Hungary, CC BY 2.0

Given the fact that this locomotive bears a red star on its front, one can get easily understand as to why this place is called Red Star. Now, this rare piece of history is rotting away. 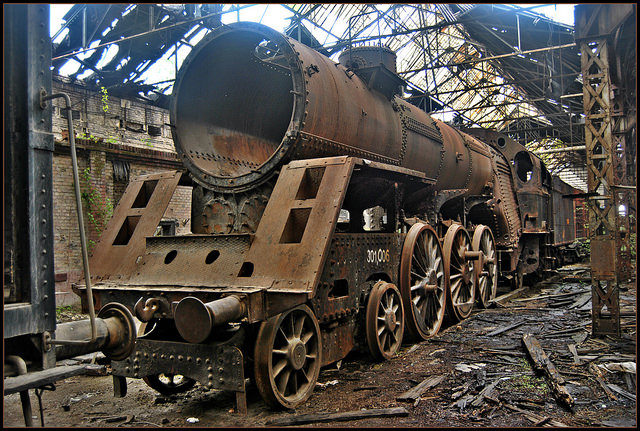 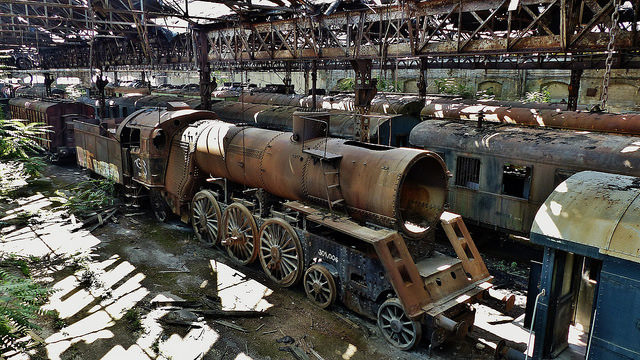 The MAV class 424 locomotive is another engineering marvel that Hungary produced weighting an impressive 137 tons. 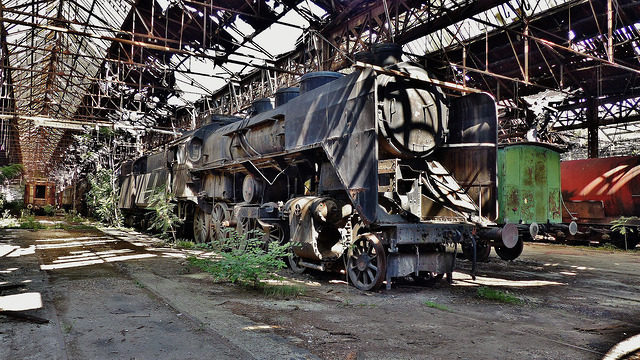 All of these locomotives and railcars have enormous history to share with the world, from the fall of the monarchy to the locomotives used to transport the 440,000 prisoners of war to Auschwitz up to more peaceful times when train transport was a thing. 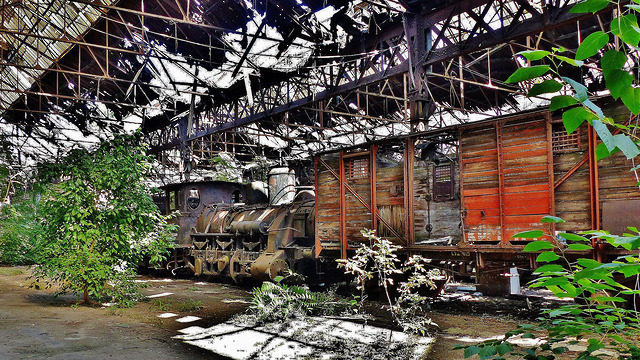 Presumably, a train car used for the transportation of the Auschwitz prisoners. Photo Credit: URBEX Hungary, CC BY 2.0

It was in the beginning of the 20th century when this complex was constructed as a repair yard, built to serve the railway of Hungary and so it did for more than 80 years. Red Star Train Graveyard is so well preserved that even to this very day in some of the trains you can still find train tickets from the 1960s. 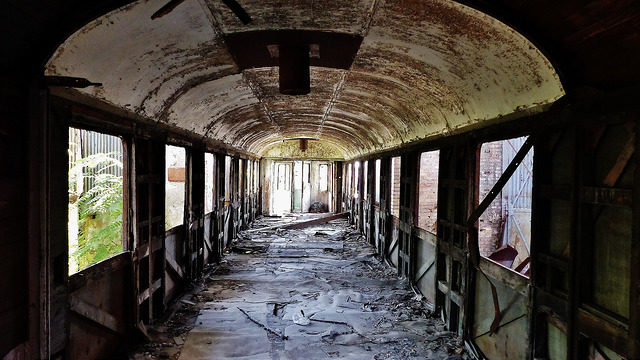 Another of the train car interiors. Photo Credit: URBEX Hungary, CC BY 2.0 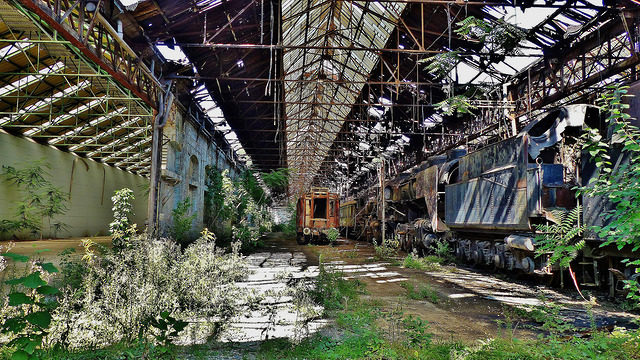 The battle between Nature and the Steel. Photo Credit: URBEX Hungary, CC BY 2.0

No less than 100 locomotives and railcars are rusting in the workshop and around it in the fields. The colossal locomotives were brought to this place to be repaired and transported to the Budapest Railway Museum where they can live their second life as the awe-inspiring machines of time gone passed.  But these giants of train history haven’t moved a single inch since their arrival at the graveyard. 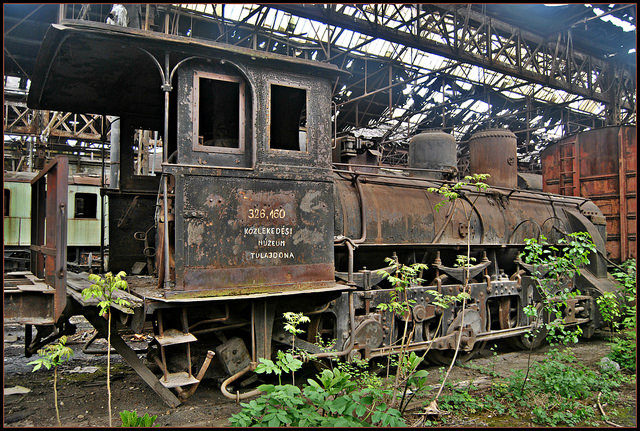 Istvántelek is the place where urban explorers come from places far and wide to receive their daily dosage of Adrenalin, excitement, bewilderment and bamboozlement. 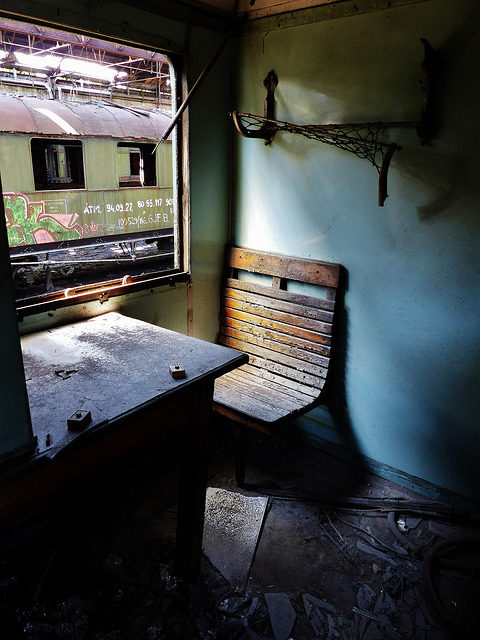 With the roofs caving in and sun rays finding their way through the cracks, its a dream for urban and industrial photographers. 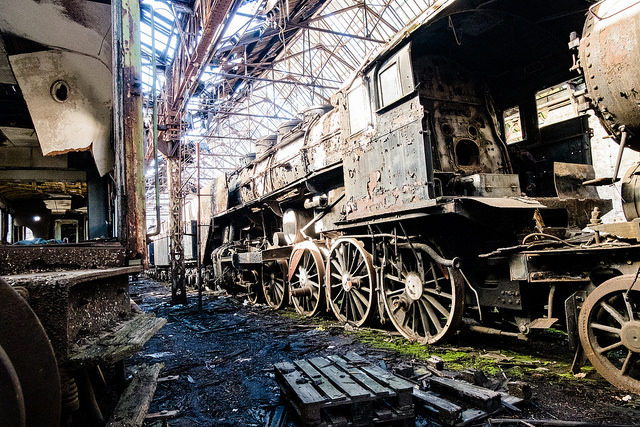