We Love Abandoned Castles & These are Going on Our Bucket List

May 4, 2017 Darko Nanevski
Although castles are pieces of the past, they are evocative of the people who lived in them many centuries ago. They are rich in folklore and history and often built with astonishing craftsmanship and innovative design.
While many castles survive today carefully preserved in excellent condition, there are some which have been abandoned and left to crumble away. Here is a list of some of the most remarkable abandoned castles in the world. 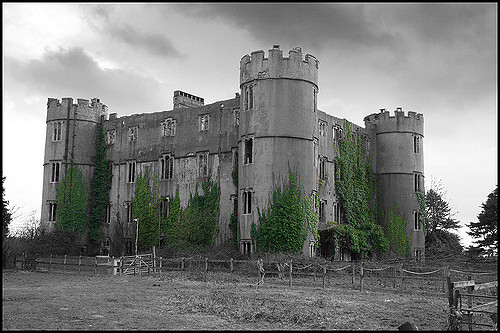 Built in 1626 by Sir Thomas Morgan, Steward to the Earl of Pembroke, Ruperra Castle was one of the first mock castles–castles built in later centuries’ Romantic revival of medieval style–to be constructed in Wales. In 1645, shortly after the Battle of  Naseby, King Charles I spent two nights there. 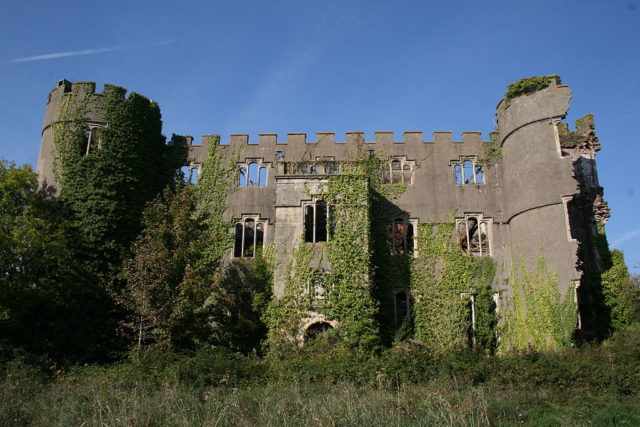 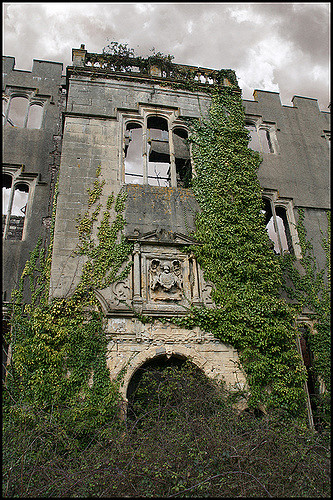 Unfortunately, a fire destroyed the castle in 1785, but it was entirely rebuilt with the help of the architect Thomas Hardwicke. It was home to the Morgan family until they almost went bankrupt in 1935. Like many other large estates in the UK, it was taken over by the British Army in World War II. Under their control, the castle was again devastated by fire in 1941. 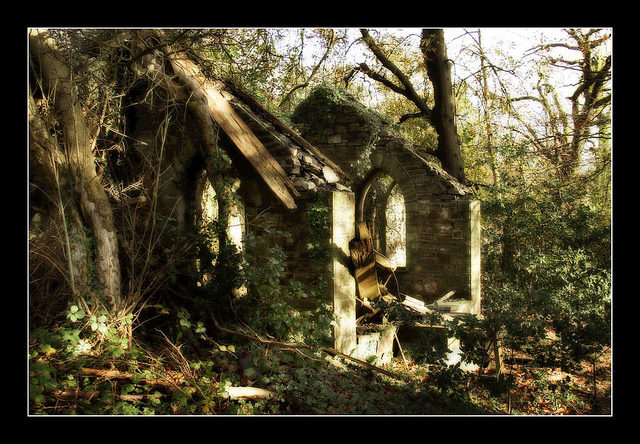 Derelict summerhouse on the estate 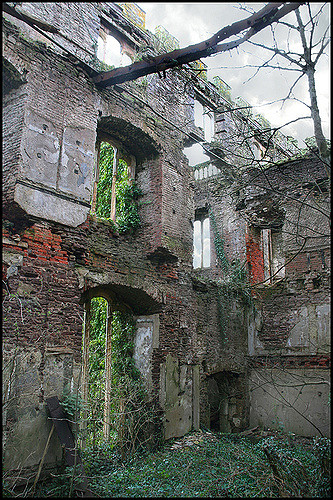 Ruperra Castle ruins from the inside

After the war, the castle was left in ruins and the estate was sold as farmland. It stayed that way until 1998 when Ashraf Barakat bought the castle with the intention of reviving the sport of polo in Wales, which proved unsuccessful. He later applied for permission to demolish the castle to build housing, which was refused by local authorities. In September 2010, Barakat put the castle up for sale and was sold around July 2014. 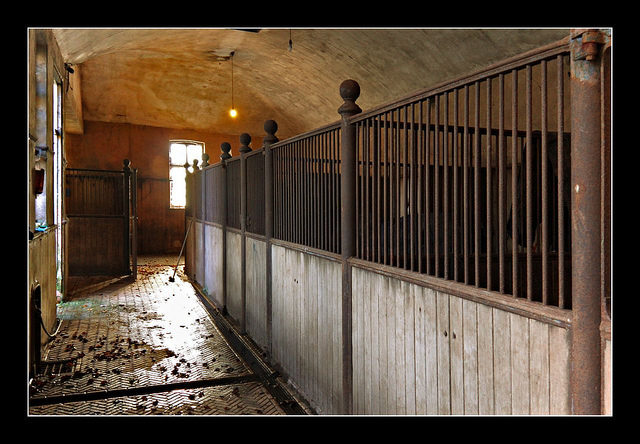 Horse stalls in the stables

Today, Ruperra Castle is a Grade II listed building and is considered a very important architectural site in the United Kingdom.

Another castle in Wales, this enormous 19th-century country house was built sometime between 1819 and 1825. 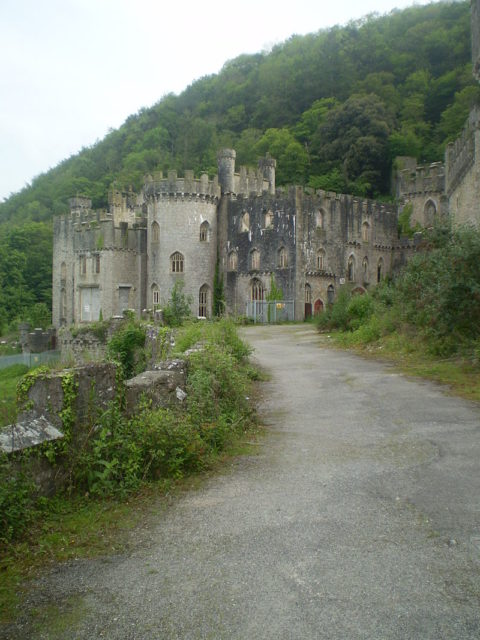 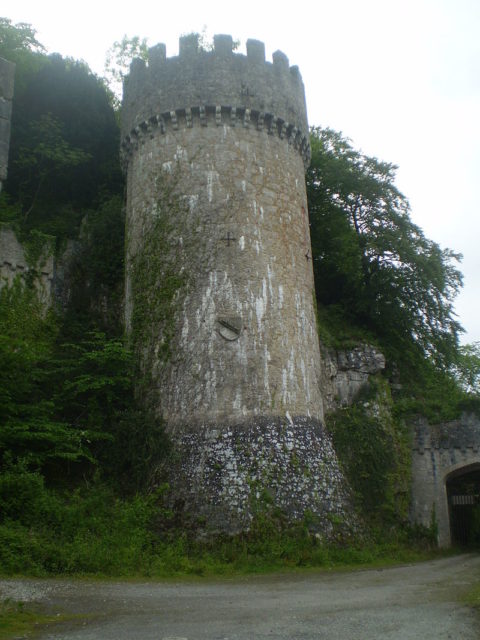 In 1928, Douglas Cochrane, the 12th Earl of Dundonald, purchased the castle for £78,000 after King George V and the Prince of Wales refused to accept the bequest of the castle from the Countess’ will. 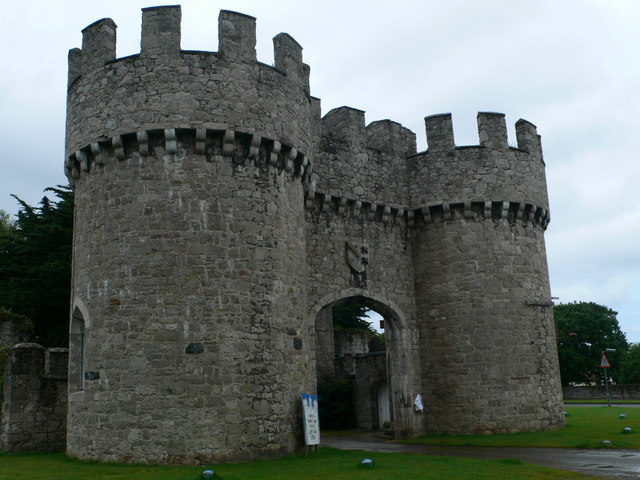 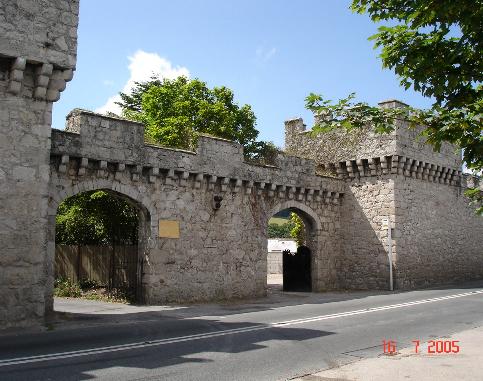 During World War II, the castle was used as housing for 200 Jewish refugees who were members of the Jewish Zionist youth movement Bnei Akiva. After the war, the castle was opened to the public until 1985 and slowly started to decline. Over the years, the castle has been vandalized and looted many times, leaving it in a derelict state to this day. New developers obtained fresh planning permission in November 2012 from Conwy County Borough Castle to remodel the castle into a hotel, but renovations have not yet begun. 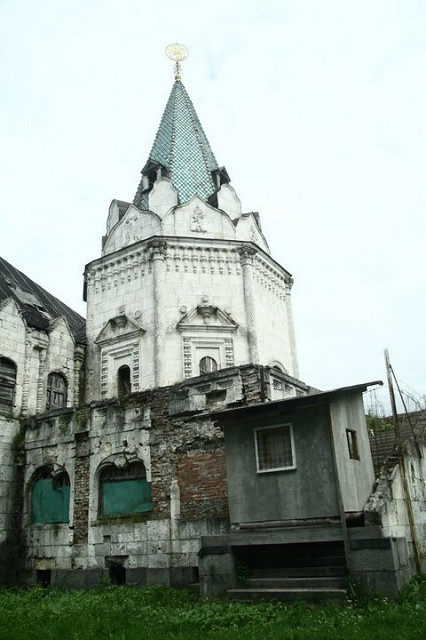 The origins of this 19th-century castle built by Russian architect P.S. Boitzov have an unusual backstory. It was apparently built as the result of a trivial bet between a Russian nobleman and a French lord.

They argued over which of the two countries was superior, and the Russian, Vladimir Khrapovitsky, fed up with the French lord glorifying the elegant architecture in France, declared that he could erect a castle of equal magnificence in his own country, if not better.

With these odds at stake, Vladimir quickly purchased a piece of land and enlisted the help of P.S. Boitzov, who was arguably the best architect in Russia at the time. The castle was designed with the combined architectural influence of medieval Germany and French aesthetics. Those days, the structure of the Muromtzevo Castle was considered an anomaly in the Russian landscape. Stables, a pavilion, a pond, and many other amenities were later added and the rumor has it that the Frenchman eventually came to visit him, thus keeping his end of the bargain.

Unfortunately, when the Russian Revolution came, Khrapovitsky was forced to flee the country. He lived out his final days in poverty. For a time, his estate was used as a college, and then as a hospital during the war.

Today this magnificent mansion has completely deteriorated, and nature has started to reclaim the grounds. There are no immediate plans for restoration. 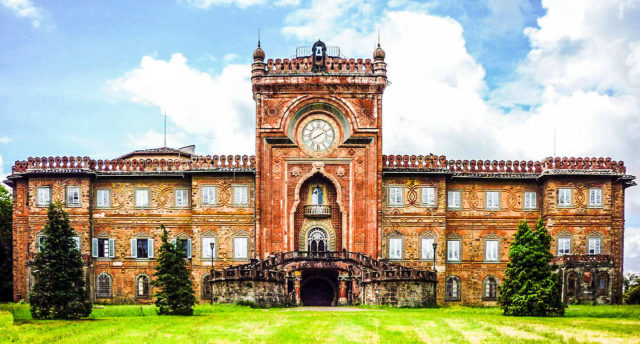 Located in Leccio in the municipality of Reggello, just 40 kilometers south of Central Florence, this magnificent palace is one of the most notable examples of Italian Moorish Revival architecture. It was built in 1605 for the Ximenes of Aragon, who remodeled it in the late 19th century in the style it is known for today. 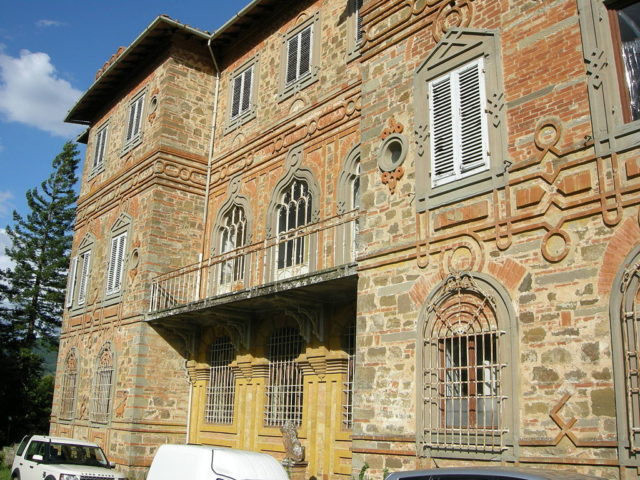 Sammezzano Castle from the back. Author: Sailko CC BY-SA 3.0 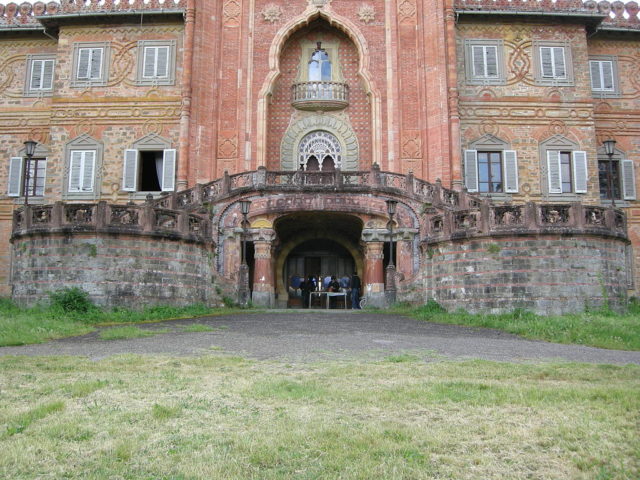 Full of vibrant colors, intricate designs, and detailed patterns, the castle is remarkably beautiful and eye-catching. It has 365 rooms, one for each day of the year, and each room has its own name and unique design. After World War II and until its closure in the 1990s, it served as a luxury hotel, with apartments, spa, golf, and country club. 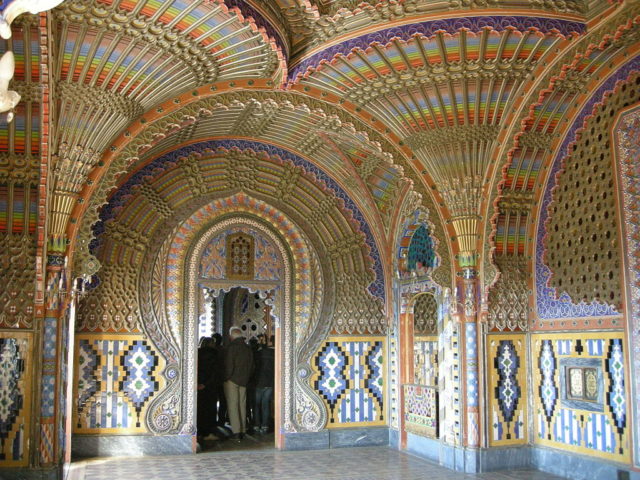 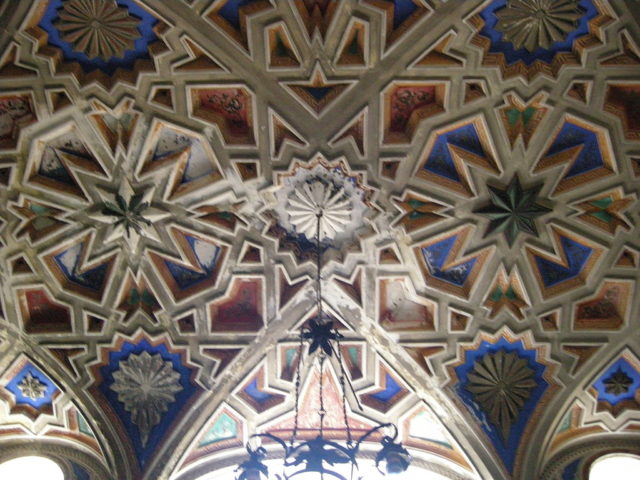 Sadly, this magnificent and beautiful Moorish castle has been abandoned for over 20 years. This extravagant residence now stands neglected, empty, and vandalized. In April 2012, a committee called FPXA 1813-2013, an acronym for Ferdinand Panciatichi Ximenes d’Aragon, was gathered with the intention of restoring and preserving this magical palace.